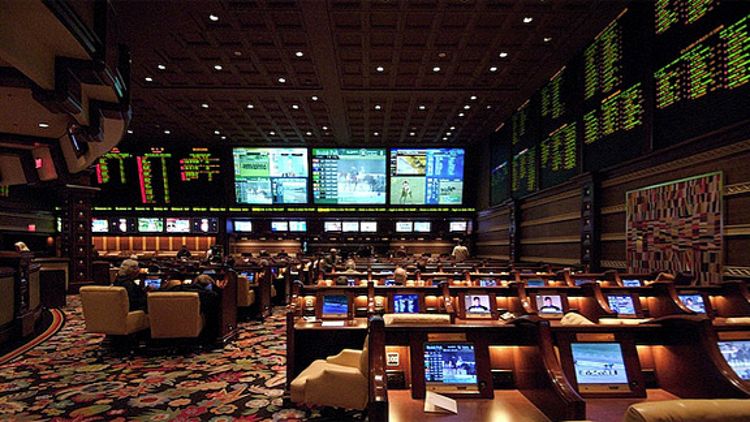 Last week, we introduced the art of the tease in Teasers 101. This week, we’ll reveal some of the other teaser options.

The basic teaser option available to you is the one we covered last week: The two-team, six-point teaser. As a refresher, this bet allows you to add six points to the line of any two games you’d like in your favor, but you’ll need to win both bets to get paid out at either -110 or -120, depending on where you place your bet. If you were interested in the Lions +2 and the Eagles -8.5 last week, a teaser would have allowed you to get them at Lions +8 and Eagles -2.5.

Fortunately, nobody we know would have made that their biggest bet of the week, right? Sigh.

You’re also allowed to increase both the odds and the points available to you in your teaser. While different casinos will offer a variety of choices, most Vegas sportsbooks also offer teasers on up to six teams and will also allow you to pick up 6.5 or a full seven points as part of the teaser. Of course, this also changes the payout schedule for the bets. At the Wynn, our preferred teaser destination, a three-team teaser getting 6.5 points pays out at +150, so a $100 bet would pay a total of $250 ($150 in profit) if it hits. A seven-point teaser with just two teams, though, pays out at -130, providing a profit of only $76.92.

So, to maximize your payouts while limiting your risk, you’ll want to know your odds and figure out when it’s right to add that half-point or throw another team into the mix. Fortunately, that’s where we come in.

As it turns out, when we look back at the last 20 years of teaser opportunities with the help of the Spreadapedia project, there’s only a handful of bets that really fit our criteria. Both of them are bets where the extra half-point allows us to cross a key number that we wouldn’t otherwise get to with six points. The best bet to bump with either a 6.5-point teaser is getting the one-point home underdog to +7.5. This captures the key points of three and seven and has won a whopping 82.1 percent of the time over the past 20 years. It’s also a 7.4 percent improvement upon the success rate of the six-point teaser, since it turns the seven-point loss from a busted teaser (since a tied bet within a two-team teaser is usually a loss at most casinos) into a winning one. And if you can find two one-point home dogs in the same weekend? Get your money down. Your expected return on a $100 bet at those -120 odds is $23.57.

This bet operates under the same general principle. At -130, we need bets that will succeed 75.1 percent of the time to make up the teaser while improving on the success rate of our six-point teaser option by more than 2.8 percent. To justify the odds versus the 6.5-point teaser, though, we’ll also need to improve on our chances with that lesser teaser by an additional 1.3 percent. As it turns out, there are actually only four bets that fit this criteria, and they each pick up their value by turning the profit from tied bets at 6.5 points into wins. Take the road dog getting 3.5 points; with a 6.5-point teaser, they win and cover their end of a teaser bet 69.1 percent of the time. Not profitable. With a seven-pointer, all the ties from their 10-point losses become wins, and they instead cover 75.4 percent of the time. Slight profits are still profits!

So, if you want to ignore the last few paragraphs and get a general rule of thumb, it’s to capture the key score differentials of three and seven in your teasers with as few points as possible. If you need the extra half-point to turn a three-point win or seven-point margin of victory into a win for your teaser, chances are that it’s worth grabbing.

Next up is adding another team to your teaser. Three-team teasers will obviously succeed less frequently, but your payouts will be nicer. A three-team, six-point teaser at the Wynn gets you odds of +160. To turn a profit, your three teams will each need to win 72.7 percent of the time or more. You’ll note that it’s a slight increase on the 72.3 percent win rate needed for the two-team, six-point teaser, which makes it a slightly worse bet. The odds for a three-teamer are better than the two-team teaser at 6.5 and seven points, but it’s harder to find a third line that actually makes it a justifiable play. In general, we would recommend just sticking with the two-team teasers unless there’s really a great third opportunity sticking out like a sore thumb.

Our final word on teasers is with regards to the over-under. Just like a spread on a team’s final score differential you can tease a pair of over-unders by six, 6.5, or seven points. Let’s say you wanted to bet the over on this week’s Chiefs-Colts game, which currently has a line of 38 points, but you were worried that the two offenses might only make it to 35. You could tease that line by six to get the spread to 32 points and then bet the over as part of your teaser. If you wanted the under but also wanted a little breathing room, you could tease it to 44 and take the under on Matt Cassel and Curtis Painter combining for all those points. The odds and percentages needed for success are the same.

Here — out of the kindness of our hearts, we’ll give you a two-team teaser that should make you money in Vegas on Sunday.

(All line movements courtesy of vegasinsider.com.)

This is exactly what we want in a teaser: Two lines that will cross three and seven when getting those magic six points. It also helps if you have two teams who you think both have a pretty good shot of winning outright — that’s why I haven’t included the Cardinals line at +2.5 in this teaser. This teaser should win in excess of 55.3 percent of the time, returning an expected profit of $5.59 on a $100 bet.

You can chalk up this two-point shift to the absence of Texans wide receiver Andre Johnson, which the opening line at the Hilton failed to properly account for. Other casinos waited until news related to the Johnson injury slowly got out and then opened it at -6. If you made it to the Hilton when the Raiders were at +8 and got some action in on them, well, congratulations! You have a very nice middle opportunity.

Coincidentally, the Texans also played the Raiders last year while Johnson was injured, winning 31-24 in Oakland by running for 249 yards. That game doesn’t have much value in predicting what will happen this time around, though. The Raiders got a huge game from Zach Miller, who now plays in Seattle. And while Owen Daniels is likely to be better than he was a year ago, when he was coming off of ACL surgery, the Raiders have really improved dramatically against tight ends. They did a great job against Rob Gronkowski on Sunday, holding him to one catch.

This one, on the other hand, can’t be chalked up to an obvious injury or change in team quality. People seem to just want to bet on the Packers until they lose. It’s also fair to say that people are beginning to lose faith in the Falcons, who have just five sacks in four games despite playing a pair of sack magnets in Jay Cutler and Tarvaris Jackson. And people remember Green Bay’s 27-point victory over the Falcons in Atlanta during the playoffs last season.

Those are all fair points. But that game was relatively close until halftime, when a Tramon Williams pick-six shifted the course of the game and forced the Falcons to throw to catch up. And while the Falcons’ pass defense is struggling, Green Bay’s unit hasn’t shown much so far this year, either. Teams are completing 62.8 percent of their passes against the Packers, the 11th-highest rate in the league, and they’re throwing for 8.7 yards per attempt. Only the Panthers and Patriots allow more. So far, the Packers have been bailed out by picking up two interceptions per game, the highest figure in the league. That’s not likely to keep recurring. Assuming that Atlanta’s home-field advantage is the standard three points, is it really fair to say that Green Bay is nine full points better than Atlanta on a neutral field? I think that’s stretching it.

Oh, how the mighty have fallen.