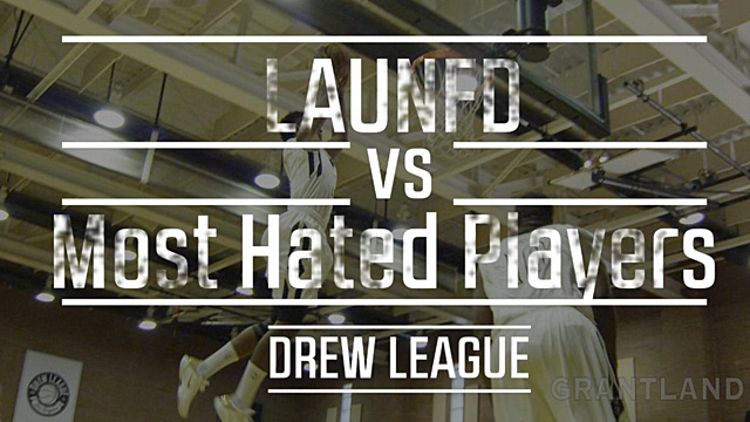 In case you haven’t been following the Drew League the past few weeks — and really, what else could you have been doing? — the Money Gang is the Drew League superteam assembled by rapper The Game, and all summer long they’ve been dominating. But the playoffs began this weekend, and the Money Gang didn’t even last through the first round. And we have highlights.

Ware had 45 points and 10 rebounds to help slay Game’s Goliath this weekend. Who is Casper Ware, you ask? From Wikipedia:

As a senior at Long Beach State, he averaged 17.2 points, 2.6 rebounds, 4.4 assists and 1.7 steals per game. He was named Big West Conference Men’s Basketball Player of the Year after leading the 49ers to a Big West regular season title and National Invitation Tournament appearance. In addition, he was named to the First Team All-Big West and an AP Honorable Mention All-American.

He’s also a Drew League legend, and this weekend he was “Hot as hell, lookin’ like a biscuit!” Put that on his gravestone one day.

As for the Money Gang, they died as they lived: With James Harden leading the way, and Game Prokhorov shooting way more than seems advisable:

As for the rest of the weekend, we also saw …

Nick Young and Gilbert Arenas came, they saw, and they didn’t quite conquer LAUNFD, the three-time defending champs of the Drew League. Taj Gibson and Bobby Brown led LAUNFD with 19 points apiece. Check the highlights for some 2008 Wizards nostalgia and a look at Gibson and LAUNFD, the Drew League dynasty that just keeps on killing it.

And, hey, you want to watch Brandon Jennings put 21 on Hank’s A1 All-Stars? Here you go …

Stay tuned for more video from the Drew, and remember to observe a moment of silence for the Money Gang today. Gone, but never, ever forgotten.