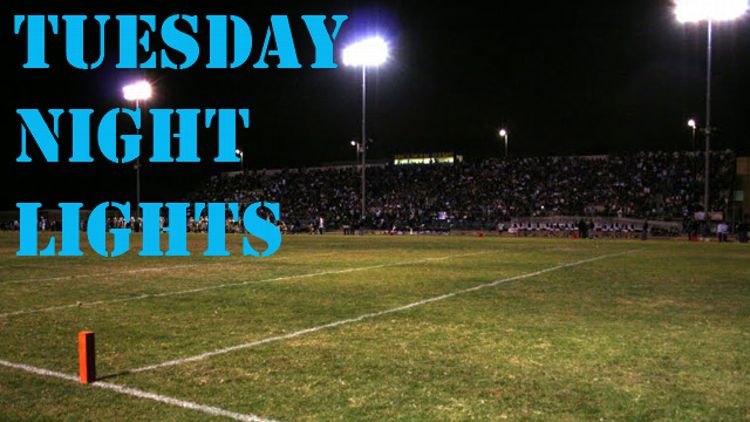 I am the assistant coach of a middle school football team. I have been in the position for the past four years. It is a tremendous amount of fun, in part because we have been successful, but mostly because middle school kids are completely ridiculous. Once, one of our players explained his refusal to pounce on a fumble during a game by saying “I didn’t wanna get my jersey dirty, Coach.” Then there was the time when I watched a kid playing cornerback ask a kid playing wide receiver what his job was. The wide receiver responded with something close to “I don’t know. Do you know if I’m offense or defense?” To which the cornerback responded with something close to “Man, I don’t know that either. I think we do both.” And then they did that. They both played offense and defense at the same time.

It’s a wonderful time, and a perfectly noble way to spend a lot of afternoons and a couple of evenings in the fall. Our seasons are nine weeks long, and we play six or seven games. This year, we will play seven. I’m going to write about them and they will be placed in this space each Wednesday.

Our first game is next Tuesday, so next Wednesday will be the first game-day column. This one here, this is the origin story/background information column. So now you know.

Our football program is, at the moment, at an impasse.

I work at a large, predominantly Hispanic, Title I school in South Houston — which is just a nicer way of saying that historically it has not fielded especially triumphant football teams. I seem to remember attending one game in my first or second year teaching (I’m in my eighth year, total); we lost by such a great margin that it was summarized in the following day’s morning announcements as our school having had “a very successful halftime show at the game yesterday.”

Since then, we’ve only grown stronger. Four years ago, our then–head coach left, opening up the spot to his assistant, who happens to be a goddamn football genius. He quickly made adjustments to shore up the defense (opting for a 3-4 set heavy on linebacker assaults, so as to flummox the opposition’s wide runs, which I think is the only play that the other coaches in our zone are aware exists) and unbuckling the offense (we remain the only school in our zone that throws the ball). The seasons that followed:

2010 Season: My very first year. Our team went 4-0-2, winning the championship game by two points against School F, a predominantly black school that has averaged about 1,000 points per game for the last 10 years. I’m not sure if School F was more surprised that they lost or we were more surprised that we won, but I just know I ate, like, 30 cupcakes in the coaches office that night.

2011 Season: Our team was even more monumental. We went 6-0, throttling nearly everyone we played (only one team managed to score on us all season, and we outscored our final three opponents 91-0). We beat School F again in the final game, 19-0. That season, we were gifted a linebacker with a titanium skeleton, a quarterback that had traces of Zeus’s blood in him, and a receiver that, to state it plainly, had Fuck You speed.

Our most unstoppable play: We’d drop the Titanium Skeleton into pass protection and tell Zeus’s Son to take a five-step drop and then launch the ball as hard and far as he could. It didn’t matter where it went. He could’ve thrown it into the stands. The Receiver would just turn on the big engines and get there. I’ve never seen a more breathtaking runner in person.

2012 Season: LESS FULFILLING. Our players were eager and proud, but aside from a 6-foot seventh-grader we bumped up to the eighth-grade team, and a defensive end who spent the summer throwing cars over fences for fun, they were tiny, pigeon-toed, and lackluster. When we played School F, they obliterated us. They were so happy at our shortcomings that they literally high-fived each other when we got off the bus. They tackled like they wanted to disassemble our atoms. We lost by 40,000,000 points that game, I think.

We have practiced for two full weeks now (including one Saturday session). There are more than 50 kids between the seventh- and eighth-grade teams. The eight players who have stood out thus far:

Little Ray Lewis: He plays backup to the backup receiver on the seventh-grade team, as well as an edge guy on the kickoff team. He’s a tiny guy. I think he might be about 30 inches tall. He has not done much in the way of actual game play, but while I was in the middle of explaining to the receivers what their duties are on a play called “Quick Right/Left,” he informed me that after he scored his first touchdown he was going to do the Ray Lewis dance. And then he did the Ray Lewis dance. I liked him immediately. He starts now.

The Helicopter: He’s the seventh-grader who played on the eighth-grade team last year. He is a remarkable young man. I actually wrote about him back then. Here’s a blurb, recapping the seventh offensive play of our first game in 2012. The short version: The Helicopter is a demigod — one in a long line of promising quarterback prospects produced by my school — but we had some bad luck last year (I believe I invoked Satan taking a dump on us).

The Helicopter is who I am most excited about watching play this year, if only because I am happy that he’ll have real actual help this time around.

The T: The T is our most athletic player. He is loud, fast, and fearless, and he is always talking. He’s played football in Pop leagues for a few years now, so coaching him is as easy as it is hard. He will annihilate the four slower teams we’ll play this season out of boredom and then he will annihilate the three faster teams out of spite.

The Pain Train: His last name is Payne. Duh.

The Would-Be Star: He plays outside linebacker and receiver. He has braces and he is mean as shit. Last Friday in practice, he caught a 30-yard touchdown in a jump-ball situation with The T (who plays safety on defense). Monday, they almost got into a fight. They are perfect for each other.

The Big Gun: The Big Gun was supposed to be the star of the seventh-grade team last year, but he suffered a season-ending injury near the first week and was never able to play. He’s lusted for football ever since then. He is the happiest player we have, and maybe the hardest working. We scrimmaged seventh grade against eighth grade earlier this week and I think he killed four or five kids. He runs like he doesn’t know that you can move around things.

I’m especially curious to see how he responds when one of School F’s sledgehammer linebackers lays into him. At the moment, I’m left to assume he will leave a crater in the Earth with ferocity. Fingers crossed.

The Little Running Back: He’s a seventh-grader who’s as fast as our fastest eighth-grader. I was leery of him at first — he seemed to skate away from the ruckus a tad too much for me. Turned out, it was only because nobody could keep up with him. His heart is as big as a car engine: During a helmetless, no-pads, wrap-’em-up scrimmage, he took a nice shot to the face from The T after The T had broken through the linebackers. The Little Running Back got up, shook his head, then got back into defensive position. Two plays later, it happened again, only this time he caught an elbow. It busted his nose open. There was blood everywhere. I picked him up and walked him back to the locker room and fixed his face. His only retort: “I can’t wait till we get our pads on, Coach. I’m gonna hit good.”

The Best Thing Anyone Said at Practice

“Coach, I’m allowed to tackle when I play safety, right?” — A safety

“Coach, I don’t know what any of that means.” — A running back, after being told we’re about to run a 27 Dive

We play School D for our first game. I trust that we will trounce them. They are typically the worst team in our zone. I think their coach thinks that if you wear a visor and chew gum then your players will play like they’re in the NFL. I just always picture him in front of his TV watching old clips of Jon Gruden, copying everything Gruden does like Leonardo DiCaprio did when he wanted to be a doctor in Catch Me If You Can. I hate that stupid fucking visor.