Brady’s New Contract Is More About Flexibility Than Generosity 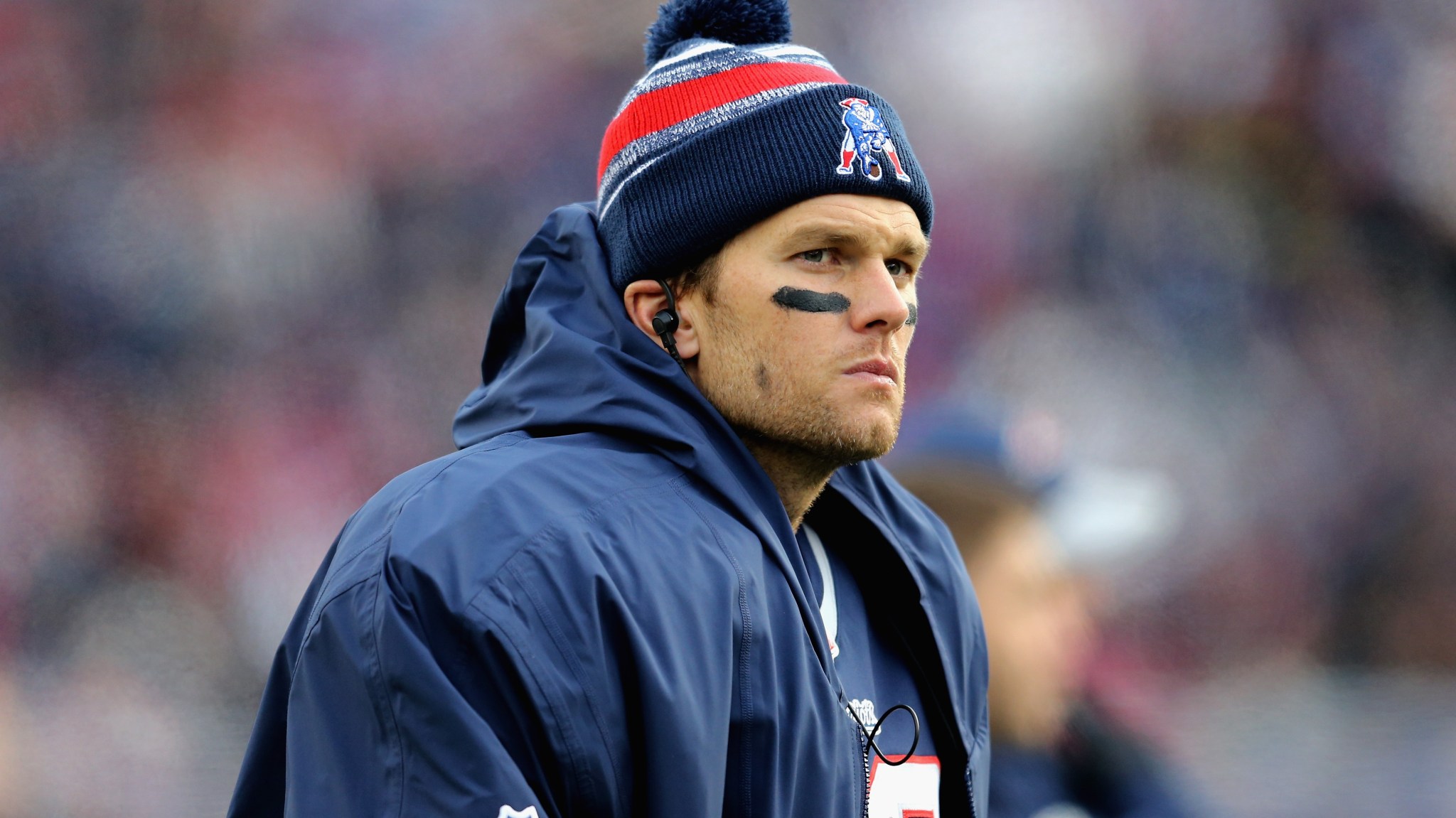 Black Monday came and went without a serious surprise. Jim Harbaugh went to Michigan. After months of speculation, the Jets fired Rex Ryan and John Idzik and the Bears let Marc Trestman and Phil Emery go, a series of departures I can’t say I fully endorse. Mike Smith was mercifully removed from his position as Falcons head coach. Kyle Orton retired, leaving the Bills without a starting quarterback or a first-round pick. Ndamukong Suh was suspended for doing Ndamukong Suh things to Aaron Rodgers. None of this is particularly controversial.

The most interesting news of the day, surprisingly, came out of Foxborough, where the Patriots were supposed to be laying low after earning a playoff bye. In what’s been written up as a quiet move, Tom Brady restructured the remaining three years of his deal to modify several guaranteed clauses within the contract. It’s been written up as a move of superstar largesse, a deal designed to make it easier for the Patriots to retain their stars and win another Super Bowl with Brady at the helm. That just simply isn’t the case. If anything, this is a move designed to make exactly one thing easier: Brady’s eventual departure from the Patriots.

The actual circumstances of what’s being accomplished by this restructuring are misunderstood. Let’s start with the actual contractual change. As I wrote in Week 5, Week 17 was always going to be an important decision for the Patriots. If Brady was still on New England’s active roster during Week 17 of the 2014 campaign, the final three years of base salaries in his contract became fully guaranteed. The Patriots would only be able to get out of paying those base salaries — $7 million in 2015, $8 million in 2016, and $9 million in 2017 — if Brady retired or was traded. $6 million in prorated signing bonuses from Brady’s extension remain on the cap for each of those years and would accelerate into the cap year of Brady’s departure regardless of how he left the roster.

At the time he signed his most recent extension, Brady and agent Don Yee left significant money on the table in an attempt to make it easier for the Patriots to retain the talent on their roster. Nobody doubts that. Yee also clearly structured the deal in a way to ensure Brady was essentially guaranteed the full value of the contract. Forcing the Patriots to decide on three full years of guaranteed base salaries (2015-17) in Week 17 of the previous campaign (2014) meant the Patriots would only really move on from Brady if he was unable to play or if they were out of long-term contention. There was never any way a competitive Patriots team was going to cut a competent Brady before the playoffs began.

Instead, Brady and his camp have made the truthfully stunning move to simply wipe the guarantees off the books. They’ll take a modest $1 million increase in base salary in each of the three remaining seasons, likely to pacify the union, because I promise you Brady isn’t taking an extra $3 million in nonguaranteed money to pass up as much as $24 million in guaranteed cash. Brady’s three base salaries will now be guaranteed solely for injury, meaning the Patriots could theoretically cut a healthy Brady as early as this offseason without owing him a dime in future base salaries.

This is being painted, again, as an unselfish move by Brady to make it easier for the Patriots to retain their star talent. This time, though, the logic doesn’t pass the smell test. Brady’s cap hit over the next three seasons isn’t reduced by a single penny by making this decision; in fact, with the $1 million raise, he’s actually taking up slightly more cap space than he would have before this renegotiation. It will not be any easier for the Patriots to retain Darrelle Revis, Devin McCourty, or any of the other players for whom this new Brady deal is supposed to facilitate easier contract extensions.

Instead, this will save money for the Patriots in terms of the actual cash they have on hand. Under the league’s rules, any money that is guaranteed for injury and skill — as Brady’s contract would have been before this renegotiation — has to be placed into an escrow account to ensure teams don’t skip out on guaranteed payments. The Patriots would have had to deposit the remaining $24 million that was becoming guaranteed into an escrow account this week. With Brady’s contract now just guaranteed for injury, they won’t need to deposit that money in advance, allowing them to use that $24 million in cash in the short term to sign other players to extensions with comfortable signing bonuses.

There are a lot of holes in that argument. Start with the fact that Robert Kraft is worth $4 billion and running a successful, profitable NFL team. He’s known for 22 months now that this day was coming and that the Patriots were almost surely going to need to put $24 million into escrow to ensure that the greatest player in the history of their franchise would stay with the team for three more years.

Is Kraft really so cash poor that he would need to convince Brady to let him pay his guarantee off in what amounts to installments? Does he really not have the cash on hand to pay Brady’s guarantees in advance while also paying another $40 million in signing bonuses for the likes of Revis and McCourty? I find it extremely hard to believe that Kraft is that desperate for cash flow, and if he is, that’s a far bigger story than Brady’s restructuring. I also strongly doubt that Brady and his agent are so naive as to think that New England’s spending is an either-or situation, that Kraft would be unable to pay Revis if he gives Brady the money the quarterback’s been waiting to receive for two years.

Furthermore, Brady isn’t actually saving the Patriots any money from their apparently dwindling reserves. They’re just not putting that money up as collateral up front. If he’s still on the roster, Brady still gets paid each season. The only way he doesn’t get paid and the Patriots save money is if he gets cut for no longer having the skills to play quarterback for New England. It’s hard to reconcile the idea that Brady is clearing out cap space for his teammates with the fact that the only way he’ll actually clear out additional space is by remaining in the NFL without being on the Patriots active roster. He wants the Patriots to win so bad that he’ll go clog up somebody else’s cap.

If Brady spends the next three years with the Patriots, this deal plays out exactly the same way as the previous one in terms of expenditure for everyone involved. If Brady retires halfway through the deal, the contract will also end having rewarded Brady at virtually the same level. The only difference is the extra $1 million per year Brady got under the terms of this new extension.

Where the contracts dramatically differ is if Brady plays worse and/or the Patriots decide to move on to Jimmy Garoppolo (or some other young quarterback). Rumors suggested that Brady was concerned about his future with the team in October. Under his old deal, Brady wouldn’t have been able to move on easily, because the Patriots would have been loath to pay the guaranteed money were they to release their longtime quarterback. They would have only gotten out from underneath the base salaries if Brady retired or if the team traded Brady.

Brady likely sees that and remembers the story of Logan Mankins, who went from being the starting guard on a Super Bowl–caliber team to serving as the starting guard on a 2-14 Buccaneers team that was out of the playoff race for three months. Or Richard Seymour, who was dispatched out of nowhere to a 5-11 Raiders team in 2009. Brady retains some leverage against a trade because he can threaten to retire if Bill Belichick sends him to some NFL outpost, but he already had that.

What he didn’t have earlier is a way to get out of New England before 2017 if his concerns come to pass. The only way out under the old deal would have been a trade, and Brady couldn’t guarantee he would have gone somewhere with a chance of success. Now, because the Patriots can cut him without having to pay his future base salaries, Brady could hit the market as an unrestricted free agent and choose his next destination for whatever suits him and his family.

And that, I suppose, is where I think Brady may have found a viable justification for compromising and giving up the fully guaranteed money in his deal. Brady may very well have extracted a promise from the New England front office that he’ll be allowed to leave if the team wants to move on to Garoppolo or feels like Brady isn’t worth his current contract. He’ll be able to continue his career elsewhere in a destination that isn’t entirely determined by Belichick, which seems like a plus. Giving the Patriots a way out if Brady takes a step backward and still wants to play elsewhere could also be an enormously valuable proposition for the franchise.

My suspicion is that Brady never leaves. I think he retires as a member of the Patriots organization having never thrown a pass for another team. In the long run, this could basically end up meaning just about nothing. But this isn’t a deal about the most likely outcome, nor is it one about selflessly giving away money to try to make a better football team. It’s about two parties who likely both found themselves in need of flexibility. The Patriots want to be able to move on from Brady if he’s not up to snuff. And Brady surely wants to be able to choose where and when he goes out of football. Monday’s renegotiation made both those tasks far easier.