The Year in Holy S#!t: Football Heaven in the NFC Championship Game 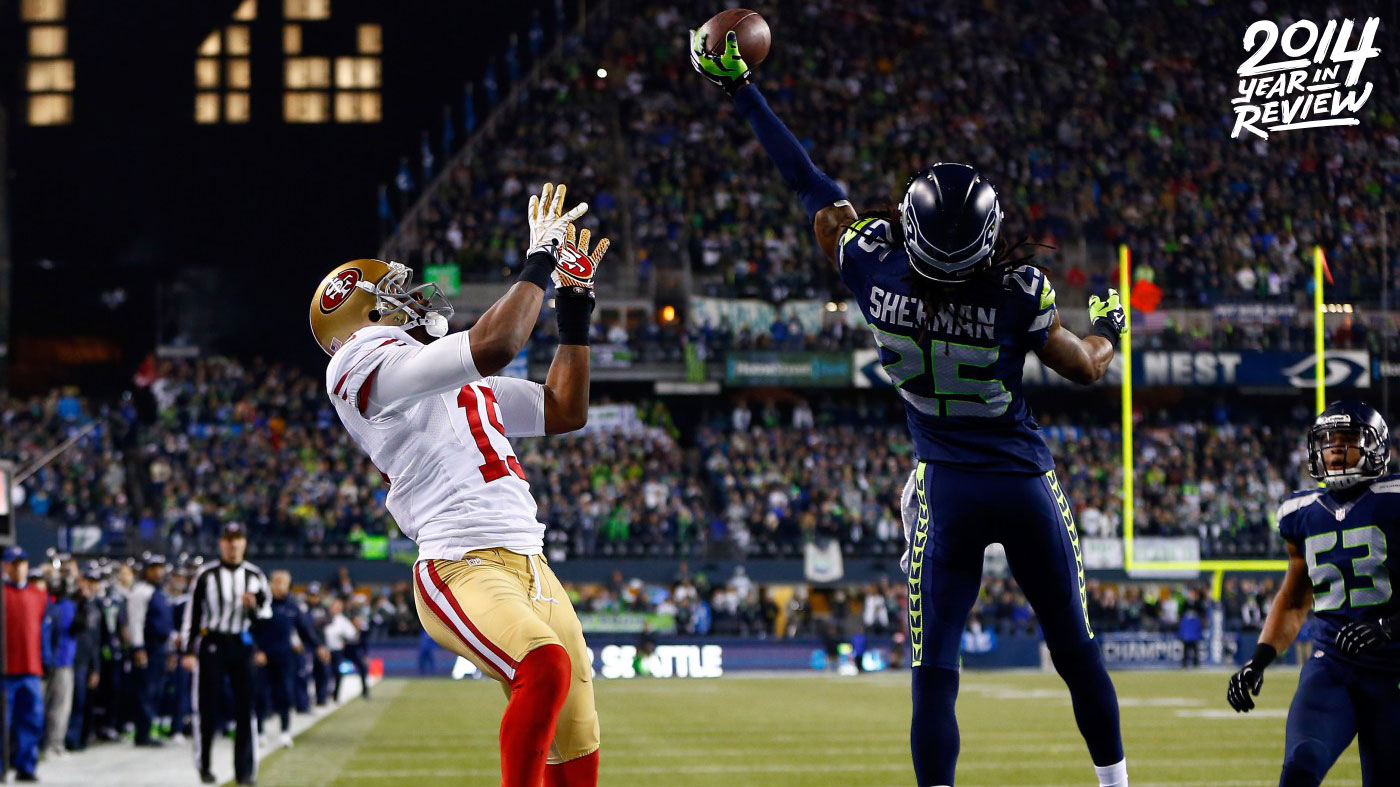 It was the perfect football game.

This was pure adrenaline, transmitted straight to your living room.

It was the kind of game that leaves you wired for hours afterward. The kind of game you would point to when someone sneers and says sports are just like any other hobby. “Oh, you’ve gotten really into homebrewing lately? Well, fuck your homebrewing. Give me Kam Chancellor.”

The stakes alone were ridiculous. This was a game that featured the two best teams in the NFL, and the two biggest rivals, playing a rubber match after splitting regular-season games, with both of their seasons on the line. Then it went and exceeded the hype.

Remember Colin Kaepernick? Seahawks fans will no doubt remember this game fondly, which only means they probably forget how completely terrifying it was to deal with the 49ers quarterback for almost the entire four hours. The first three quarters of that game were probably the best that Kaepernick has ever played. He was running (11 attempts for 130 yards), he was throwing (153 yards and a touchdown), and then sometimes he was running and throwing (and jumping).

In the meantime, both teams went back and forth, trading four quarters of blows, in a style that can best be described as combatball.

Most games have one or two incredibly vicious hits, ones where announcers can hear the pads pop 100 feet up in the press box. Niners-Seahawks gave us that every two or three plays.

Remember NaVorro Bowman at the goal line? He tore the ball right out of Jermaine Kearse’s hands. It was a jaw-dropping play to save a touchdown, in the biggest game of the season. But then as he hit the ground, his leg got crunched by Eric Reid and Kearse, and it turned into one of the most gruesome injuries we’d seen in the playoffs. It was a knee explosion in HD.

All of our critics’ best-of lists, the Year in Holy S#!t sports moments, and our series on What We Saw in 2014.

He held on to the ball, though. That part was even more incredible than the strip that started the whole sequence.

This was the entire sport boiled down to 10 seconds. The brutality we celebrate has a cost, and it’s getting harder to ignore, but watching players as ruthless as NaVorro Bowman is too addictive to give up.

The play got overturned on a technicality — a rule that’s since been changed — and Seattle kept possession. But on the very next play, Russell Wilson fumbled. It was the greatest example of Ball Don’t Lie in NFL history. But of course that’s how it happened. This game was perfect. Even the refs couldn’t ruin it.

Most football isn’t like this anymore. Bowman aside, as the years have passed, I’ve gotten less and less addicted to the NFL. Truthfully, it has almost nothing to do with concussions, domestic abuse, or any other moral hazard. Today’s NFL is generally just full of sloppiness and endless stoppages — either for gruesome injuries or replay reviews — all for games that are over by halftime and dominated by unbearable announcers squeezing away every last bit of possible joy. At its worst, the NFL is boring and repetitive. The ratings would indicate my indifference puts me in the minority, but I don’t know: It’s hard to argue the quality of NFL football has gotten better in the last 10 years.

Either way, that day in Seattle gave everybody a reminder of what the NFL could be. Even the best of other sports can’t match the electricity the Seahawks and 49ers gave us. It was a combination of brutality and outrageous athleticism and flawless execution. It was football the way football imagines itself.

It all came down to the final drive.

The Niners started on their own 22-yard line down six with three minutes left, facing one of the two or three greatest defenses of all time, and they walked right down the field, toward the go-ahead TD. With 30 seconds left, Kaepernick had them on the 18-yard line. He lofted it to Michael Crabtree, and then … you know.

Film don't lie… @nflnetwork @espn pull up the tape of that game and show me where this guy is the best? #fake #fake #fake

A lion doesn't concern himself with the opinions of a sheep.

Finally, what would an athlete sound like after he just survived 60 minutes of combatball?

The dictionary the definition of holy shit:

Simply Golden: How the Warriors Became the Total Package

The Best Wrestling Show of the Year Wasn’t WWE’s ‘TLC’ ... It Was ‘NXT Takeover: R Evolution’