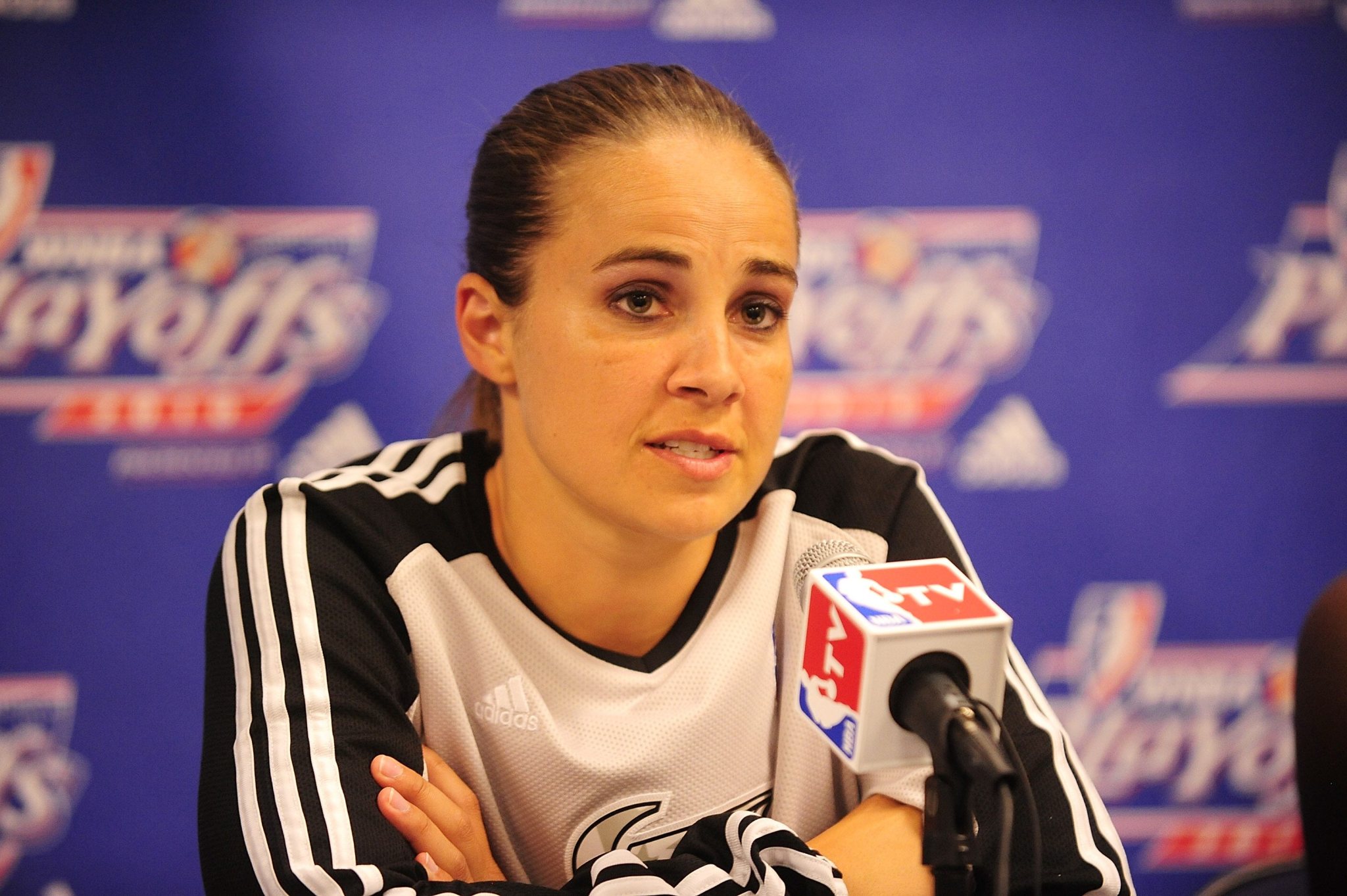 Becky Hammon is her name. She’s a six-time WNBA All-Star who plays for the San Antonio Stars. She’s retiring after this season, and while personally I was always on #TeamSueBird growing up, Hammon’s one of the most successful female players of the past 25 years. Now she’s an NBA coach.

As the press release reads:

“I very much look forward to the addition of Becky Hammon to our staff,” said Spurs Head Coach Gregg Popovich. “Having observed her working with our team this past season, I’m confident her basketball IQ, work ethic and interpersonal skills will be a great benefit to the Spurs.”

I’m sure we’ll learn more in the next few days. But it’s pretty awesome news regardless. Hammon’s technically the second female assistant in NBA history, after Lisa Boyer worked as a volunteer with the Cavs and John Lucas in 2001. But the combination of Hammon’s profile and the universal fear/respect for Pop and the Spurs makes this news feel a lot bigger.

As a coach, Danny Green says “she’s cool with everybody,” and Popovich compares her to past understudies (and future head coaches) like Avery Johnson, Steve Kerr, and Mike Budenholzer.

Check out this video for more background:

That might sound sexist out of context, but I swear, it’s actually the highest compliment Gregg Popovich can ever give anyone.

Good luck to Becky Hammon from here, and #GoSpursGo.