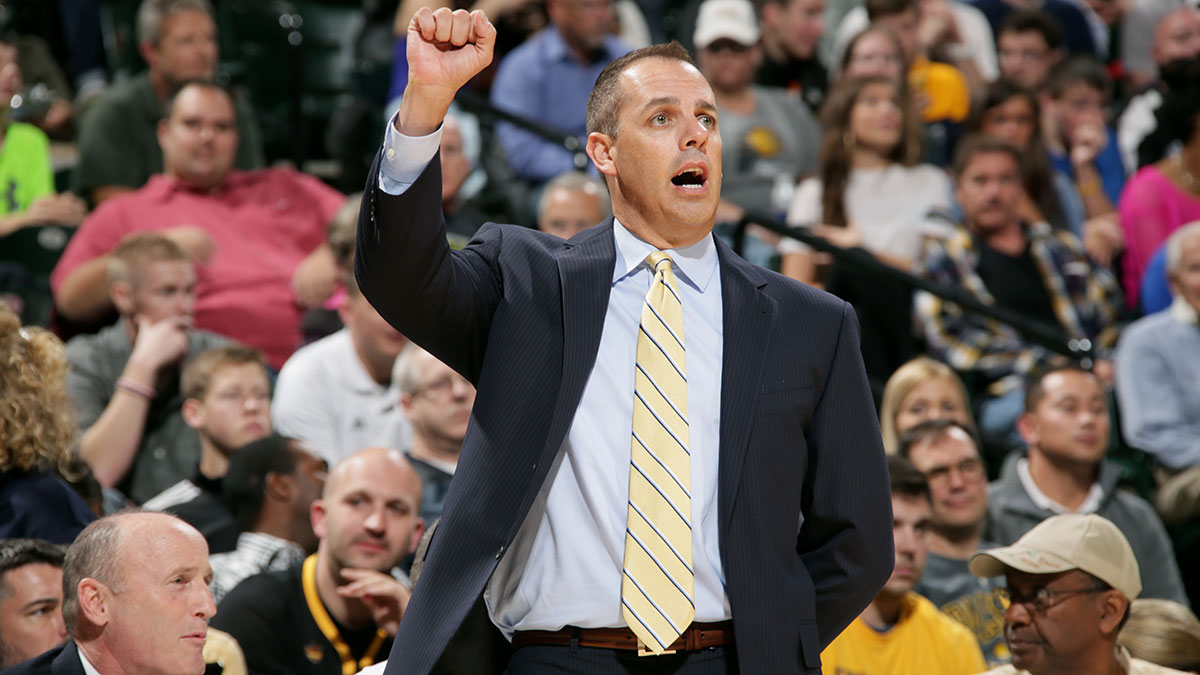 The following are snippets of the conversation:

On losing Lance Stephenson and Paul George, and moving forward:

Zach Lowe: Did you ever think that Lance Stephenson would actually leave? Even when things got a little crazy with the antics and all this, did you assume, this guy, we’ve nurtured him, he’s going to be here forever?

FV: Yeah, like I said we knew that was a possibility. It was still a shock, you know, because he’s a family member. He’s been one of our guys for four years, he’s become beloved here by just about everyone in our organization but in particular by me. He and I have a great, great relationship, and I’m very sad to see him go.

ZL: Obviously, something horrific happens with Paul George a few weeks later. Something that was difficult to even watch. I haven’t been able to watch it since. Now, I mean, this is a very basic question, but who dribbles the ball into the paint for your team? How are you guys going to create offense this year? This has to be a concern, your two best off-the-dribble guys are gone. Rodney Stuckey is on the team, George Hill is talking about taking an increased role. But you’ve gotta — and you can penetrate the defense with the pass, which you guys do with post-ups and stuff — but you’ve got to be a little bit concerned about how are we driving and kicking? How are we getting into the teeth of the defense?

FV: Well, I think if you bring two to the ball, if you screen appropriately, you bring two to the ball and then you pass it or you attack the help, I think anybody can get in the lane. We got guys that are more than capable. George Hill and C.J. Watson at the point guard spot are good penetrators. You know they can get in there off the bounce. Rodney Stuckey, that’s his specialty and he’s going to be a big minutes guy for us this year. So he’ll be able to get into the lane and then obviously you’ll be able to attack with the pass. Bring two to the ball, attack, draw help, share it and then when you have a defense in rotation then you have them right where you want them. You can attack the paint at will. So it’s going to be about bringing two to the ball and forcing rotations to get what we want offensively this year.

On the Pacers offense:

FV: Yeah, well, you know it wasn’t one thing that happened. I think there was a number of things that happened, you know, and I don’t want to get into great details but, I think as a group we struggled to handle success a little bit. And it turned into some stretches where individually we weren’t at our best. I think that the trade for Evan Turner disrupted our chemistry a little bit and we just had to find our way some in that regard. C.J. Watson missed a stretch of time, where Donald Sloan came in and once he got acclimated he was pretty darn good and he was able to be himself, but when he first came in he struggled a little bit. Luis Scola had an elbow injury and was struggling to make shots for about three, four weeks, and we were hoping he was going to get through it. Roy Hibbert was struggling with his finishes around the rim. So I think it was just a matter of a perfect storm of five, six, seven things happening at the same time with off-the-court distractions and all those things that I just mentioned that just contributed to that all happening at one time. While that was happening we had our busiest and most difficult month of the season. And every team has a month where the schedule is just brutal on you and ours was March. And that happened the same time that all those other things were happening. Just one of those things, as much as everybody wants to talk about the epic collapse or whatever that they were calling us toward the end of last season, from February 1st on we were 21-15. That’s not horrible, that’s a pretty good winning percentage. Is it 33-7 or so where we were at? 16-1? Not as dominant, but no one is going to be that dominant for 82 games. To go 21-15 down the stretch to me isn’t that bad. So even at our worst we were still pretty good and still able to get to the conference finals.

Dallas Buyers Club: Why We’re Bullish on the Cowboys Defense