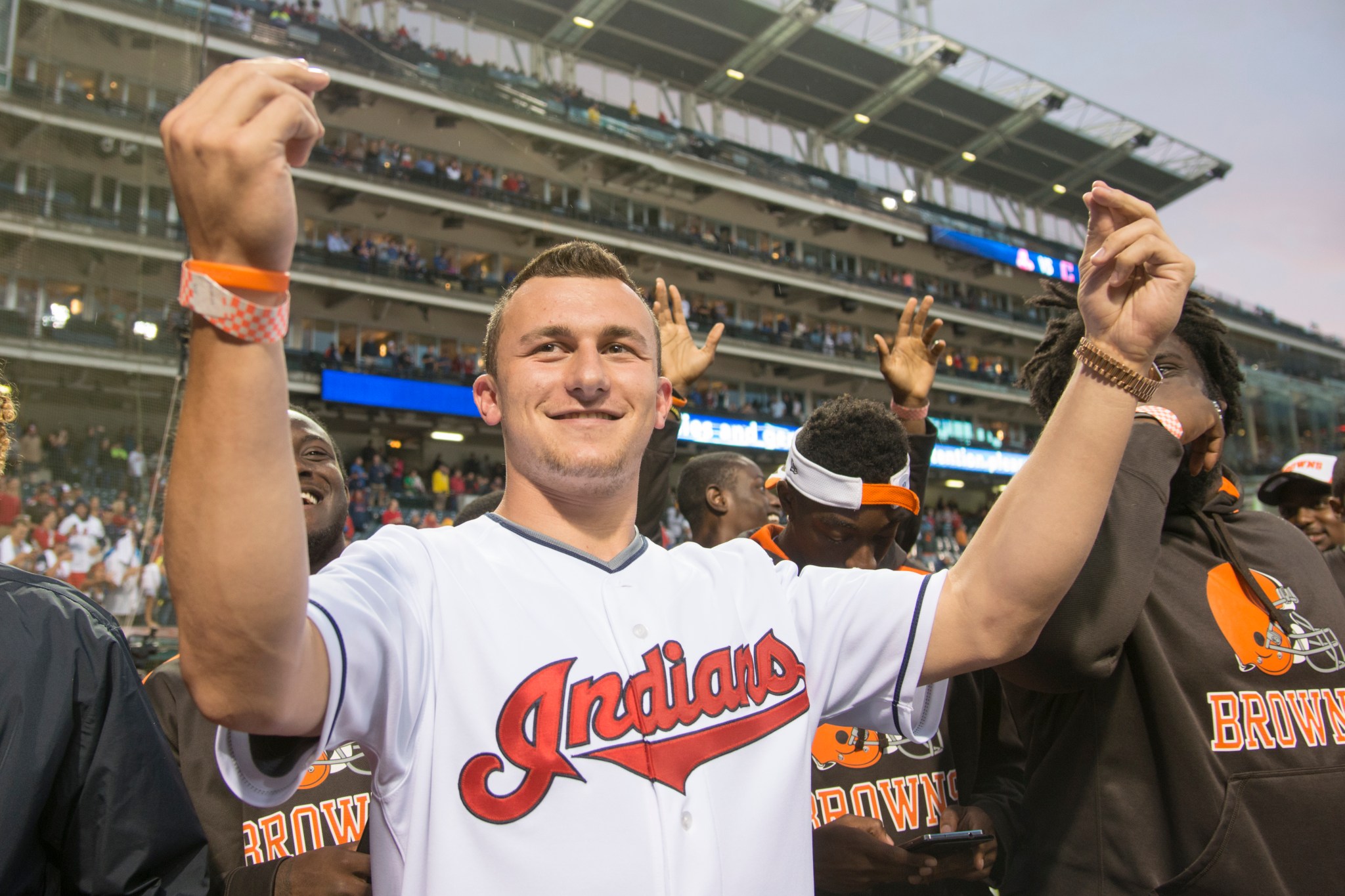 We are smack in the middle of the World Cup, and NBA free agency officially started at midnight last night. It’s an exciting time for sports fans everywhere. But look, that doesn’t mean we just drop everything and ignore America’s favorite quarterback.

That’s where the rest of the world comes in. It’s barely July now, but for the past month we’ve had people from all over the football world telling us what Manziel needs to do to be great. So it’s time for our first edition of the Johnny Manziel Life Advice Power Rankings. 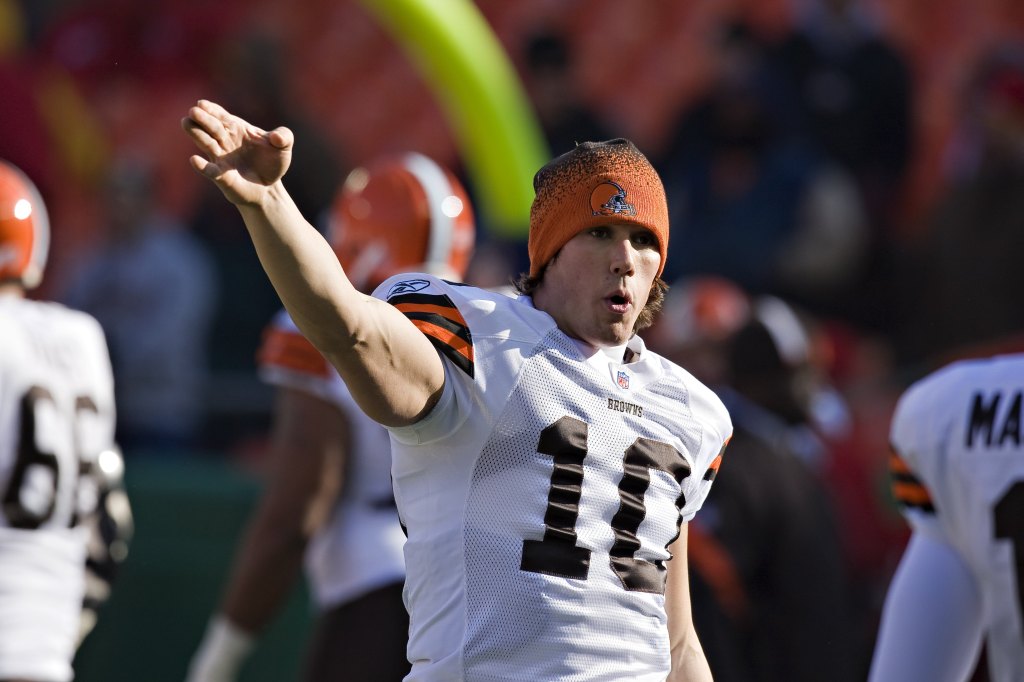 13. Brady Quinn: “I just don’t think it’s right. I don’t think it’s respectful to the other veteran players too right now that are probably taking care of their bodies, trying to prepare to go into a winning season right now instead of doing things like that off the field. … Some people say you can work hard and play hard, but when you’re drafted in the first round, you’re the face of the franchise. And when you’ve got a video that comes out like that, I understand he’s trying to have a good time and live his life off the field, but there’s a little kid watching that, and now he’s looking up to him as a role model and for me personally, I have a little bit of an issue with it. I don’t think that’s the way you want to conduct yourself. … I always revert back to Russell Wilson. … That’s the kind of role model I’d want for my franchise and I don’t understand why [Manziel] can’t interject more of it into his life.”

12. Joe Montana: “I always go back to an old saying Bill Walsh told me after we won our first Super Bowl. I was going everywhere, trying to do everything. He called me in and said, ‘I just want to tell you one thing. I understand what you’re doing. We may never get back to another Super Bowl. But just remember this, the less people see you, the more they want to see you.’ So basically he was saying it’s okay to do some things, but try to cut it back, but don’t forget about football because that’s got you to where you are and that’s what’s going to keep you there. You got to make sure you spend the time on football as much as getting out and about.”

11. Willie McGinest: “They do have time off on the weekends, it’s not the regular season. I can give you 30 or 40 more guys who were in Vegas. … At the quarterback position, that position demands a lot more than any other position. A lot more time on the field. So he’s gonna have to sacrifice some things. If you wanna be great, if you wanna be a Hall of Famer, like a lot of other guys that are still playing that are gonna put on that coat, you’re gonna have to sacrifice a lot of things off the field. Whether it’s endorsements, whether it’s going out. Whether it’s family, friends, all those different things. While you’re playing football, that is your job.”

10. Shaun O’Hara: “The thing that Johnny Manziel said in that interview was, ‘I did nothing wrong.’ And he’s right! He has not done anything wrong. But I think this is what teams were worried about when the combine was happening and teams asked him, ‘Are you more interested in being a celebrity or do you want to be a professional quarterback?’ … You go through life, you go through the offseason, everything you do is by design or by default. Right now Johnny’s going through by default. He doesn’t have a plan. And it’s all about decision-making. You don’t have to change who you are, just make better decisions. Choose where you’re gonna be, who you’re gonna be with, what you’re gonna allow people to see.”

9. Aaron Rodgers: “His talent speaks for itself, but you know what, I think he has kept the right attitude through all of this. He’s a young guy doing what young guys do, and he’s enjoying life. … He can control where he’s at, and I’m sure he learned a little more about some of the reaction he’s going to get when he does go to Vegas or whatnot. But he’s on his off time. He’s on a weekend in Vegas when he doesn’t have to be at the facility. He should feel comfortable doing exactly what he wants to do, and I don’t think he’s done anything wrong.”

8. Akili Smith: “It’s written all over the wall with some of the things he’s doing in the offseason going to Vegas and all that stuff. He needs to put all that type of stuff to the side right now and focus on his career. That stuff is going to be there and if he doesn’t do that he is going to have a tough, tough time.”

7. Warren Moon: “My biggest problem with him and it’s something he has to get used to and temper down a little bit, all guys are gonna go out and have a good time. … But you don’t want to make it as public. You want to keep it more of a low profile when you are out having a good time.  He tends to make it more of a high profile thing when he’s out, so that just opens up all this speculation and criticism by everybody out here. … It gives everybody a chance to have an opinion upon him. And a lot of that he brings upon himself by exposing everything that he does.”

6. Steve Mariucci: “Take it easy off the field. Because we are watching you and you’ve got to make sure that you’re a pro not just when you’re in the building but every day of your life going forward. [He then pointed out that players like Peyton Manning and Andrew Luck turned down endorsements in their rookie season ‘to focus on the job at hand.’] Johnny needs to do some of that.”

5. Jimmy Haslam: “It did not sit well with the owner Jimmy Haslam,” Chris Mortensen said on NFL Insiders, “who did instruct his staff to at least have a talk with Johnny about being more savvy as he deals with social media. We know you’re young. We know you’re single. … Johnny Manziel has been told to tone it down, and to watch what goes up on social media.”

4. Ben Roethlisberger: “I think some of it he’s brought it kind of on himself. That’s one of the reasons why I don’t do social media, because you’re asking for it. So when you’re tweeting stuff and Instagramming and all of those other things they have out there now, when you’re doing all that stuff you’re putting it out there yourself. So of course you feel bad, you want to just have a normal life, but when you’re putting it out there, it’s hard to do that. … I like the quote that I heard, it might even be one of his teammates [who] said, ‘As a rookie you should be seen, not heard.’ I like that, I might even start using it with our guys. It’s pretty good.”

3. Emmitt Smith: “That lifestyle is going to be a short lifestyle — a short career lifestyle — if he continues that. As we used to say, you can’t keep burning the candle at both ends of the stick. The candle gets small fairly quick. … Johnny’s going to have to make a decision in terms of who he wants to be and how he wants to take this platform that he’s been blessed to have to the highest level and maximize his true potential in every aspect of his life.”

2. Joe Namath: Football is a sport, but it is show biz. It is entertainment. And Johnny — he’s gotta live his life, man. Give him some room. I’ve been to Vegas, you guys have probably been to Vegas. Give the man a little bit of room. … I would tell Johnny, ‘Don’t read about yourself, don’t watch things that have to do with you and the Cleveland Browns.’ Johnny, you know what you’re doing, you know what your team is doing; trust in that. I’d tell Johnny, just go ahead and live his life and make sure he does what’s right with his team and society. He’ll be cool.” 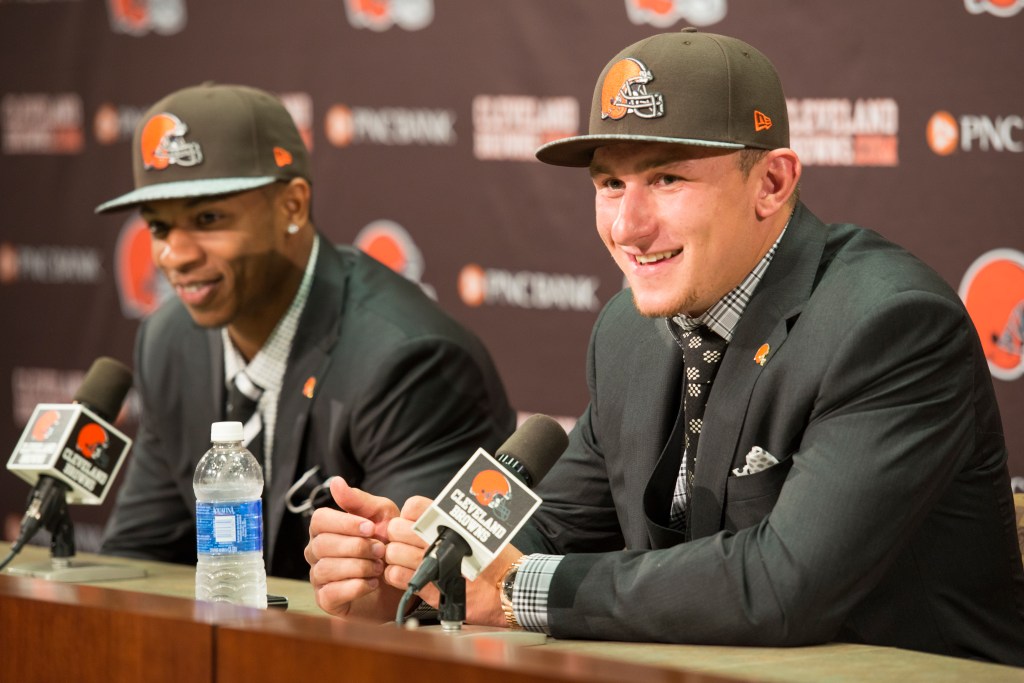 It’s gonna be a fun year.

Filed Under: NFL, Andrew Sharp, Johnny Manziel, Drinking Champagne On An Inflatable Swan, So much you know what money, Instagram, Cleveland Browns