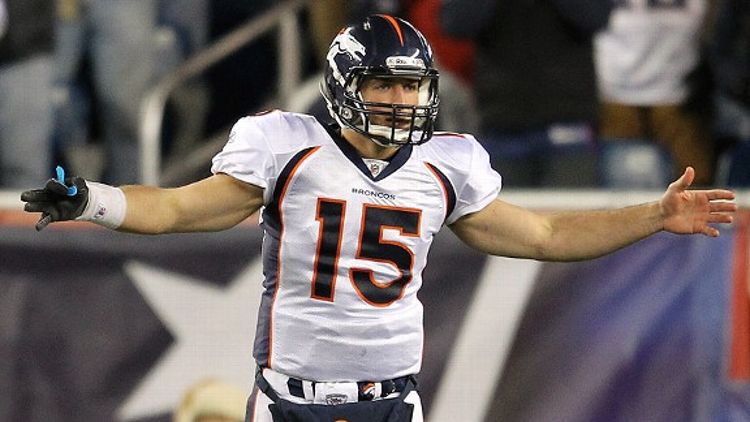 With the Divisional Round of the playoffs in the books, it’s time to take a look at some of the numbers and storylines from this week’s games in “The Fabulous and the Flops.” And while we could just make this simple and pick guys like Vernon Davis and Eli Manning to be stars and Roman Harper and Tim Tebow as scrubs, it would be a little redundant by now; you already know what they did. Instead, we’re going to take a glance at some of the less obvious performances from this past week.

Fabulous: Marques Colston. Although Darren Sproles got some attention for setting a playoff reception record, he fumbled a punt away and only produced four first downs. Colston caught nine of the 12 passes thrown to him, producing 136 yards, a touchdown, and seven first downs. Jimmy Graham might have been uncoverable on his fourth-quarter touchdown catch, but Colston was close to uncoverable for most of the game. As an unrestricted free agent-to-be, Colston might have very well played his last game in black and gold. If that’s so, he went out on a high note.

Flop: Michael Crabtree. On the other hand, San Francisco’s no. 1 wideout spent most of the game looking invisible. He had an early touchdown to give the Niners a 14-0 lead, but Crabtree never got into the rhythm of the game and caught just four passes for 25 yards on ten targets. That included a number of borderline drops. Crabtree is likely to draw the attention of the superb Giants cornerback Corey Webster in the NFC Championship Game, and if Ted Ginn can’t play because of his knee injury, Crabtree will need to get open for the Niners to have much of a passing attack. (For those of you saying “What about Vernon Davis?!” remember that Seattle’s Marshawn Lynch followed up his now-legendary run against the Saints last year by running for two yards on four carries against the Bears.)

Fabulous: Rob Ninkovich. One of the many practice squad treasures floating around on the New England defense these days, Ninkovich really struggled against the Broncos during their regular-season game. On Saturday night, though, he was brilliant while drawing comparisons to a former Patriots outside linebacker, Mike Vrabel. Ninkovich finished with 1.5 sacks, including a crucial strip-sack of Tim Tebow in the first half that set the Patriots on their way to a double-digit lead. And while the Broncos took advantage of him in the running game during the first encounter between these two, Ninkovich did a great job of holding the edge and forced Tebow, who isn’t a great decision-maker on the read option, into subpar decisions. In addition to the strip-sack, Ninkovich added a tackle for loss and two quarterback hits.

Flop: Elvis Dumervil. Before the game, rumors swirled about this outside linebacker’s knee and how it might limit him against the Patriots. If he really was injured, well, it showed on Saturday. Dumervil had just one tackle, failed to come up with even one hurry of Tom Brady, and offered so little that Boston Globe NFL writer Greg Bedard referred to him as a waste of space. Ouch. Dumervil has a whole offseason to heal, but if he was really this injured, the Broncos coaching staff (or Dumervil himself) should have kept him off the field. A runner-up spot goes to Von Miller, whose cheap shot on Tom Brady’s punt ended up resulting in teammate Robert Ayers getting his ass kicked on the Patriots sideline.

Fabulous: The Houston offensive line. While Arian Foster made some nice moves downfield to pick up extra yardage, Houston’s front five simply dominated one of the league’s biggest and baddest front sevens. On many plays, Foster was able to burst up through the line of scrimmage without even making a cut, picking up four yards before anyone even touched him. Eleven of his 28 carries on the day went for four yards or more, and a lot of that was the work done by the offensive line against the likes of Haloti Ngata and Terrence Cody. They also held up well in pass protection, as T.J. Yates wasn’t sacked even once in 35 dropbacks and was knocked down just two times. The Texans might have lost, but don’t blame their offensive line; they didn’t turn the ball over.

Flop: Jacoby Jones. What on earth was Jones thinking when he tried to field that first-quarter punt on his own 13-yard line? Sure, it’s always nice to avoid being pinned deep in your own territory, but Jones wasn’t likely to gain more than a few yards on the return, and the downside — a turnover with two guys in your face — was palpable. It’s not like Jones made up for it on his other returns, either, as he fielded five other punts and accrued a total of four yards. Afterwards, Jones’ agent had to deny that fans had gone to burn Jones’ jersey in front of his house.

Fabulous: Michael Boley. As the only Giants linebacker with much in the way of speed, Boley often spends his time as the coverage guy by default. With a total of three sacks during his three seasons with the Giants, you would have been forgiven if you didn’t expect to see him making big plays in the backfield on Sunday. Instead, Boley delivered the game of his life. He sacked Aaron Rodgers twice, picking up a third-down sack that forced a punt and set up the Hail Mary drive, and then adding to it with a sack on fourth-and-5 early in the fourth quarter. With the Packers inside Giants territory while down by just seven, they might even have been favorites to win the game at that moment. Instead, after Boley’s sack, they didn’t touch the ball again with a chance to tie the game on one play. Boley also broke up a pass and had three tackles for loss.

Flop: Jake Ballard. With arguably the best one-through-three group of wide receivers in the league alongside him, Ballard needs to be able to beat single coverage and make safeties respect him. If he can do that, big plays should open up beyond his routes for Hakeem Nicks and Victor Cruz. Instead, the same guy who caught 15 of the first 17 passes Eli Manning threw to him this year went just 1-for-8 on passes thrown in his direction on Sunday.