The Fabulous and the Flops of the Conference Championships 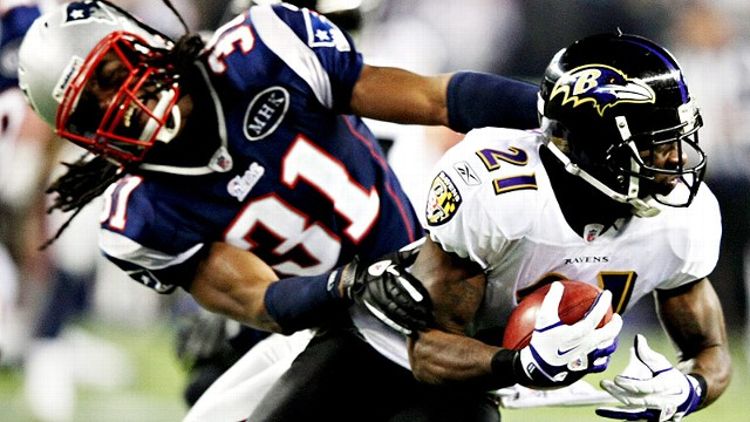 How close were Sunday’s conference championship games? Well, if you consider the final scores to be a sign of how close they were, let’s go with the closest ever. Two three-point wins meant that the combined margin of victory for the Patriots and Giants was just six points. That’s never happened before; in fact, the combined score differential of the two conference championship games has never been in single digits. The previous record was 12, set several times, most recently last year.

Close games inevitably produce heroes and scapegoats, the validity of which we discussed Monday. Today, we’re going to get past Billy Cundiff, Lee Evans, and Kyle Williams to take a look at those players who offered a little more or a little less over the course of the entire game, as opposed to making their name on one or two big plays. This is the conference championship edition of “The Fabulous and the Flops.”

Fabulous: Lardarius Webb. The Ravens defense didn’t have its best game against Tom Brady, but Webb was a big reason why they were able to force Brady into a performance that, by his words, “sucked.” Webb spent most of the day matched up against Wes Welker, and was a big reason why Welker was limited to just six catches for 53 yards. (Remember, Welker averaged nearly eight catches and more than 98 yards per game this season.) Webb did have an illegal contact penalty that nullified an interception, but the interception only happened because Webb committed the penalty, so it’s not quite as bad as it sounds. In addition, Webb had an acrobatic interception of Brady to set up the first Ravens score of the day, and he was the one who stopped Brady on his first sneak attempt at the goal line during the fourth quarter. Webb is a restricted free agent this offseason, but along with Haloti Ngata and Terrence Cody, he should serve as a cornerstone of the Ravens defense for years to come.

Flop: Dannell Ellerbe. As the inside linebacker alongside Ray Lewis in Baltimore’s 3-4, Ellerbe doesn’t get a whole lot of attention. His role on Sunday, though, was huge; with the elite Patriots tight ends lining up on the other side of the field, Ellerbe had to be responsible and aware in zone coverage, try to keep up in man coverage, and make tackles on ball carriers without allowing extra yardage. He wasn’t really able to succeed in any of those categories. Watch Tom Brady’s completions and you’ll see plenty of Ellerbe chasing the ball carrier around while losing ground. He made just three tackles all day, and they were each well past the line of scrimmage. He also committed a face mask penalty on BenJarvus Green-Ellis that turned third-and-5 from the Ravens 15 into first-and-goal from the 6, setting up the Patriots’ opening touchdown.

Fabulous: The Niners’ front seven, which put up staggering numbers against a battered Eli Manning. We mentioned the totals Monday — six sacks and 12 quarterback hits in 64 dropbacks — but let’s go into the specifics. Ray McDonald had 2.5 sacks. Justin Smith only had one, but he knocked down Manning on four occasions. Patrick Willis had a sack and two knockdowns. Aldon Smith had a sack that saw him beat right tackle Kareem McKenzie twice on one play. They also had five tackles behind the line of scrimmage for a loss while holding Ahmad Bradshaw and Brandon Jacobs to under 3.5 yards per carry and just three first downs on 25 rush attempts. The Giants briefly lost center David Baas during the game, but they will absolutely need to get more out of McKenzie and fellow tackle David Diehl during the Super Bowl.

Flop: Alex Smith. While he somehow finished with a higher passer rating than Manning, Smith struggled to find any sense of consistency, didn’t get the ball out to his receivers on time, and threw way too many passes into the dirt. It’s always a little unfair to do this sort of analysis, but let’s take away the long Vernon Davis touchdown and the meaningless throw to Delanie Walker for 29 yards on the final play of regulation. Otherwise, Smith went 10-of-24 for 94 yards while throwing for three first downs and failing to convert even one of the 12 third downs he faced. The Davis play was valuable, of course, but you can only score a maximum of six points on one play, no matter how impressive it is. Smith failed to move the ball down the field far too frequently, and it cost his team the game.