The Clippers and the Chris Paul Paradox 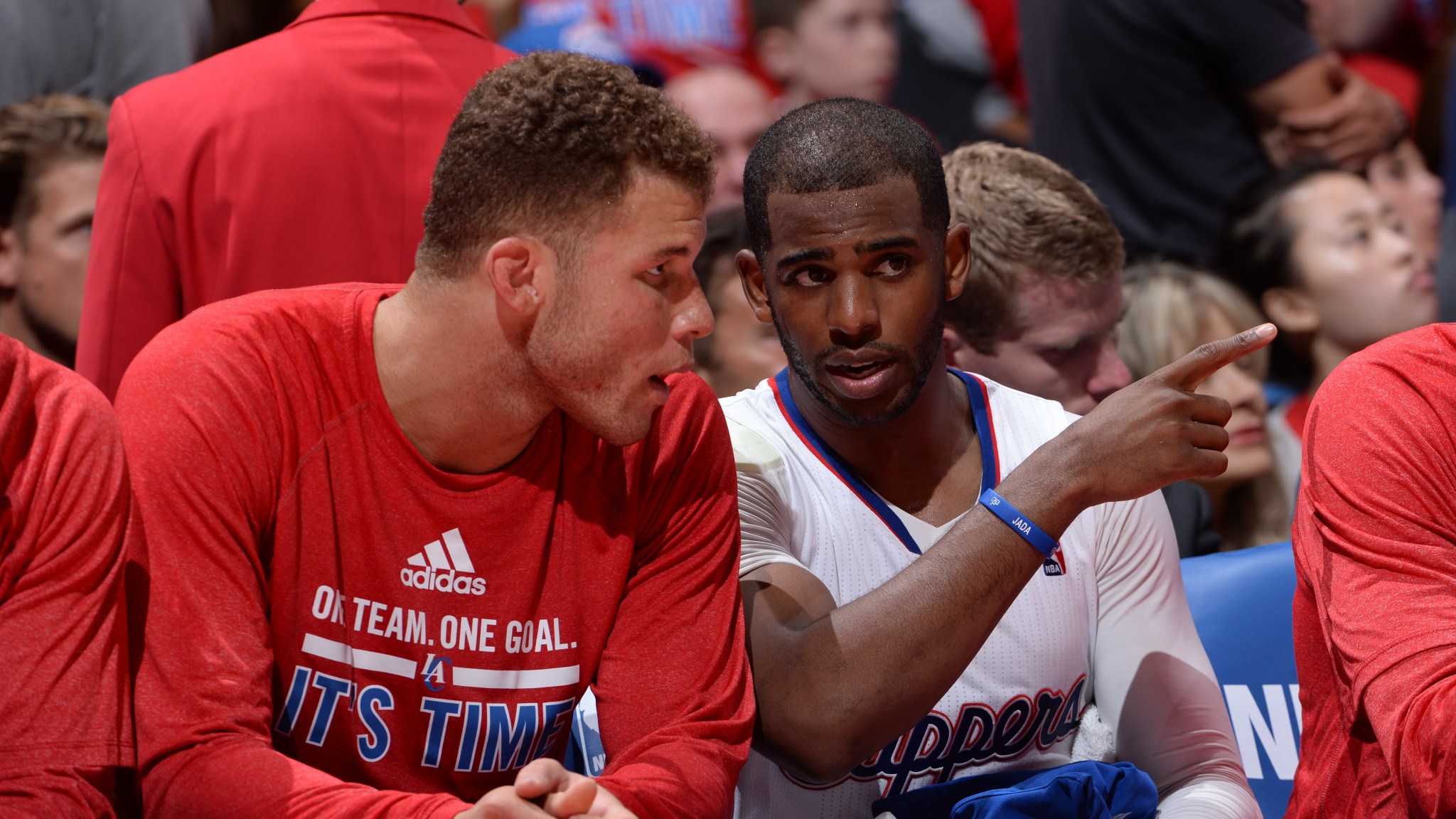 1. Chris Paul is the best point guard I’ve ever seen. I was too young to appreciate Isiah Thomas. John Stockton, Gary Payton, and Jason Kidd were all great, but not quite as great as Paul. That’s where the conversation ends for me. You could also throw in Steve Nash, and maybe a few others, but really it’s those five since Magic Johnson. And CP3 is right there with Thomas at the top. He’s somehow the smartest guard in the league and the most gifted at the same time. He makes passes that shouldn’t be possible. He’ll wiggle around the defense and nail wide-open pull-ups as soon as he gets an inch of daylight. He’ll bark out plays as the other team’s calling them. He’ll rip off crucial steals. He’ll score in crunch time, and then draw the kind of obnoxiously smart fouls that can only be described as pure evil. It’s all part of the experience with the best point guard of the past 20 years.

2. Chris Paul has never actually won anything. He is 17-25 in the playoffs. He’s never played in the NBA Finals. He’s never even played in the conference finals. He’s been to the playoffs six times in eight years, and has made it to the second round just twice. Every time things break bad in the playoffs, we see Paul screaming at teammates before going into superhero mode and hitting a level that’s as breathtaking as anything in basketball … and he loses. At the end, he always loses. For someone who’s often mentioned as the third-best player in the NBA, he doesn’t take a quarter of the criticism we give to guys like Carmelo Anthony, or Dwight Howard, or Dirk Nowitzki before his title. And they are all players who have been further in the playoffs than Paul ever has, and long before their eighth season. So if Paul is a team’s best player, what is that team really winning? Allen Iverson was great, too, but he made a Finals and still faced endless questions about whether he could carry a franchise. Why don’t we ask these questions about CP3?

Both paragraphs are hard to argue with in 2014.

If you think some of the second one is nonsense, you’re probably right, but it’s also nonsense that Paul and Doc Rivers believe.

As Paul told Marc Spears this fall, “The first meeting I had with Doc, he pretty much told me I wasn’t anything. He told me I hadn’t done anything in this league, and he was right.”

All this was on my mind going into Game 1 of the Clippers-Warriors series Saturday. I’ve loved watching Chris Paul his entire career, and this Clippers team can play with anyone. While skeptics call him overrated and others say he’s underrated, this is a year when Paul can end the debates.

Then Game 1 happened, and I realized it’s a little more complicated. Saturday was Paul’s whole playoff career in a nutshell.

Whenever he retires, we’ll remember CP3 for all kinds of things — the tyranny of the Cliff Paul ads, obviously — but nothing’s more memorable than watching him in the playoffs. When things get close in a playoff game, he scowls up and down the court, rips the ball out of people’s hands when necessary, hits ruthless pull-ups, and generally does whatever he wants. Plenty of great players have an extra gear for the playoffs, but nobody’s extra gear is more obvious than Paul’s. He goes from the lovable pass-first point guard to a 6-foot version of the Incredible Hulk.

He’s led the league in playoff PER two of the past three years. He terrorized the Lakers a few years ago, the Grizzlies the past few years, and Saturday it was the Warriors.

With seven minutes left, Klay Thompson hit a 3 to put the Warriors up 10. Then Playoff Paul went to work, buzzing all over the floor, screaming at his teammates, and scoring 10 points in four and a half minutes. A pull-up jumper, a layup, and two ice-cold 3s, and just like that, we were tied.

But then it started to fall apart. Maybe he got tired, or maybe he’s actually human, I don’t know. But he misread a fast break that turned into a 3 for the Warriors, and he turned it over on an uncalled foul when the Clippers had a chance to tie. Then he had a chance to redeem himself, but he missed two free throws that would have given L.A. a chance at the end.

When it was all over, we had a familiar story. Paul was so ridiculous in that fourth quarter that criticizing him seemed unfair. He was the only reason his team was in the game at the end. But he still lost.

Cut to Game 2 last night, and we got something new. Blake Griffin had been in foul trouble for most of Game 1 and never got in a rhythm. Monday night, the new-and-improved Griffin came out and shredded the Warriors. He finished with 35, and the Clippers had a 30-point lead four minutes into the third quarter. It was the rare playoff game that everyone can just ignore, because what do you need to say? L.A. was better at everything.

That was the Clippers team that can contend for a title.

When L.A. runs the offense through Blake Griffin, it leads to easy shots for everybody on the floor, and the whole team becomes twice as hard to stop. As the second half turned into a blowout, it got me thinking of the overrated/underrated Chris Paul conversation again, and the twist with this Clippers team.

Paul is still L.A.’s best player and he can still take over games, but the Clippers are so much better when he’s balancing his Hulk side with the side that actually plays point guard, letting Griffin be the superhero. Part of that balancing act is his responsibility, and part of it is on his teammates to be good enough to carry the load.

Either way, I realized Saturday that if the Clippers are relying on Paul to be the hero this spring, they’ve already lost, either against the Warriors in the next week or against the Grizzlies or Thunder in the next round. We have six years of playoff evidence to prove this theory.

It all comes at a funny time in Paul’s career. On Monday, I saw two separate discussions happening almost simultaneously. On Twitter, people were saying the media doesn’t criticize him for playoff failures the way we do with other players. On Deadspin’s advanced stats blog, a writer was asking if he’s somehow underrated next to LeBron and KD. Neither side is wrong. And the longer the Clippers aren’t contending for titles, the more tension we’ll see between how great Paul has been and how disappointing his teams are.

What happens with Paul the next few years is the difference between remembering one of the greatest point guards ever and remembering a point guard who was so great you appreciated him despite the disappointments.

Is it fair? Probably not!

Now more than ever, the success of the Clippers depends on things that Chris Paul can’t control — Blake’s health, DeAndre’s free throws, the perimeter defense, etc. All this just proves how fickle and ridiculous these conversations can get.

But this is also how sports work. Especially basketball. Go back to the conversation Rivers and Paul had this summer. Winning in the playoffs is what defines the greatest players in NBA history. Watching them try is part of what makes the playoffs so much fun every year.

Now here we are, and after everything we’ve seen him do on bad teams in the playoffs over the years, the greatest point guard of this generation has his best team yet. Except this time it doesn’t actually matter that he has a psychotic will to win, or that he can take over games and turn into a superhero for quarters at a time. Paul will have to play great and hit big shots over the next few weeks, but none of it matters if Griffin’s not dominating.

Go back and compare this year’s team to last year’s team for proof. Or just look at the difference between Game 1 against the Warriors and Game 2, and you have a perfect snapshot of the bigger irony here. When all is said and done, it doesn’t matter how unbelievable CP3 can be in the playoffs. The person who defines how we remember Chris Paul is probably Blake Griffin.