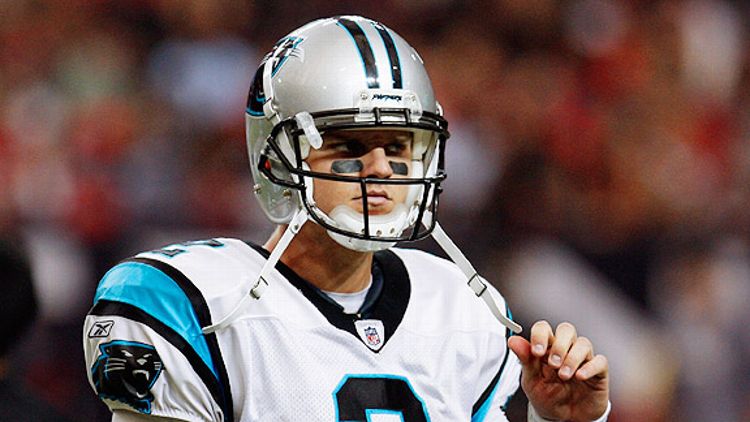 The recent Top 100 Players list compiled through an anonymous poll of several hundred NFL players is full of the same problems that every single one of these lists always has. Offensive linemen and defensive players who don’t generate statistics get buried. Guys coast upon their reputations to lofty rankings. Ray Lewis, ranked as the fourth-best player in the NFL, is probably the fourth-best player on his own defense these days. The lists become approximations of the number of times a player appeared on highlight packages, producing rankings that don’t make sense on any level. Would anyone really suggest that Arian Foster (25th) is a better player than Philip Rivers (26th)? Even Matt Millen wouldn’t have dealt elite left tackle Joe Thomas (43rd) for occasionally incredible returner Devin Hester (32nd). It’s nonsense.

These lists are also boring. Who cares if somebody puts Peyton Manning ahead of Tom Brady or vice versa? They’re both great. A much more interesting use of the players’ time would have been to list the most worthless players in the NFL.

So, here we go … This list of the 25 worst players in the league accounts for playing time, expectations, and salary. It focuses on the 2010 season without forgetting about those who sucked in 2008 and 2009; in other words, C.C. Brown, you can’t hide in Detroit.

Maroney spent most of his time in New England on the training table or working on his dreads, but the Broncos still dealt a fourth-round pick (getting a sixth-rounder in return) for a guy who promptly gained 74 yards on 36 carries. Then he got arrested for marijuana possession after a Rick Ross concert, which would only have been worse if Rick Ross actually made the arrest.

Patterson was a last resort at cornerback forced into action by injuries; teams avoided Asante Samuel and spent the second half throwing at the guy who the Philadelphia Inquirer politely noted ” … is better suited to special teams.” … The 11th overall pick in the 2009 draft, Maybin was supposed to be a hybrid pass rusher who could play in a 3-4 or a 4-3. He’s got zero sacks, was a healthy scratch at times in 2010, and the first entry that comes up as an auto-fill when you type his name into Google is “Aaron Maybin bust.” … Okoye, the league’s youngest draftee at age 19 in 2007, was supposed to form the core of a great defensive line alongside Mario Williams. Williams became a great pass-rusher, but Okoye’s still all athleticism and promise. … In addition to this inexplicable drop in the playoff loss to the Steelers, Houshmandzadeh could only catch 53 percent of the passes thrown to him despite running some of the shortest routes in the league. And the Seahawks paid him virtually all of his $7 million in guaranteed salary to go away.

Much like Maybin, Ayers was a hybrid pass-rusher taken in the middle of the first round. Two years into his “career,” Ayers has actually produced 1.5 sacks, but he’s also started 11 games and taken up a lot more snaps in the process. … Harvey was finally benched last season after two dismal seasons. The former ninth overall pick has just eight sacks in three years, the lowest figure for any 4-3 defensive end taken in the first round who started 30 games or more in his first three years. … Signed after injuries beset Buffalo, Ayodele combined with Andra Davis (who also ended up getting hurt) to serve as the slowest group of inside backers in recent memory. Despite playing behind an elite nose tackle in Kyle Wiliams, the Bills still had the league’s worst run defense with Ayodele at the helm. … St. Clair’s appeal has been as a utility lineman, but teams have mistaken his willingness to play tackle for ability. It was St. Clair who launched Elvis Dumervil’s career into orbit with a four-sack game in Week 2 of the 2009 season. … Speaking of Dumervil, his season ended when he tore a muscle tangling with Polumbus in a training camp drill, quashing Denver’s playoff hopes. That came after Polumbus was almost unquestionably the worst starter in the league during the second half of 2009. He moved onto Seattle after camp and actually was decent as a fill-in lineman, so there is hope.

Heyward-Bey actually raised his catch rate (the percentage of passes intended for a receiver that the player actually caught) last year! Too bad it only got up to 41 percent, which was still the lowest rate in the league for a player with 50 or more targets. … Wade had the worst Success Rate of any cornerback in football last year, but both the Rams and Lions thought he was good enough to start for them before releasing him shortly thereafter. … Only five second-rounders since the merger have thrown as many attempts as Clausen did as a rookie. They were bad, but even the Tony Bankses and Charlie Batchs of the world didn’t throw three interceptions for every touchdown like Clausen did. … Anderson’s career rests on a few good games against terrible opposition in 2007, and the only guy with a lower completion percentage over the past five years is JaMarcus Russell. …The Chiefs re-signed Chambers to a three-year deal after 2009, when he posted a 29 percent catch rate with the Chargers that rose to an uncharacteristically high 59 percent during his stint in KC. It fell to 51 percent before he was benched, and the Chiefs started Kevin Curtis a week after they signed him during their playoff loss to the Ravens.

Butler began the season as a starter by allowing teams to go 26-of-35 for 253 yards in two games against him (plus two pass interference calls). He got benched and came in for three plays the following game, allowing a completion and missing a tackle before disappearing again. It took him six weeks to get any playing time after that. … Trueblood consistently ranked among the league leaders in sacks allowed at right tackle, but the Bucs finally wised-up and benched him after an injury last season. … The Cardinals had no such luck with Brown, who made it through all 16 games. One comment upon close observation of Brown: “[Brown] struggled with outside rushers all day, which is a problem considering he’s an offensive tackle.” … The Jaguars benched struggling corner Derek Cox for Jones after a poor start. Jones promptly helped Reggie Wayne to a 15-catch, 196-yard game. The Jags stuck with him for several more terrible performances before making him a healthy scratch for the second half of the season. … Even the best cornerbacks usually look pretty bad as rookies, but Jackson allowed a league-worst 11.1 yards per pass attempt last season. If there’s ever a Sporcle quiz on matching a receiver’s name to the back of his jersey, Jackson will ace it.

“Can’t Cover” Brown blamed the media for his midseason benching in New York in 2009; it apparently caused the Lions to do the same thing in 2010. … Coats dropped a third of the passes thrown to him in 2009 and then fumbled away two of the 18 catches he did make. His teams were smart enough to avoid throwing him the ball in 2010. … The hope was that Davis would be able to contribute as a right tackle in 2010 before shoring up his pass-protection skills and eventually moving to left tackle. Instead, Davis showed up to camp out of shape and couldn’t handle speed rushers all year; Chris Long basically treated him like his personal Frederic Weis in their two matchups, including a season-ending stripsack of Alex Smith in Week 16. … After a dismal 2009, Piscitelli responded to losing his job in camp by all-but-invoking “Operation Shutdown”; he got back into the lineup after rookie Cody Grimm broke his ankle, promptly gave up a touchdown after biting on a run fake, and got cut anyway. His unique mix of blown tackles, dreadful instincts, and inflated ego really make him the worst player to see regular time in the NFL over the past several years. … But he wasn’t making $19.7 million at the time. Thanks to somehow-employed Panthers GM Marty Hurney forgetting to stick offset language in Delhomme’s contract, the Panthers and Browns combined to pay Delhomme nearly $20 million last season. The Panthers were probably better off than the Browns, since they didn’t have to line up Delhomme at quarterback for five games. The permanently shell-shocked passer threw an interception every 21.2 attempts, converted just 27.5 percent of the third downs he faced, and put up one of the most awe-inspiring terrible lines of the 2010 season by going 12-of-20 for 86 yards and an interception against the Bills in Week 14. His existence as a highly paid quarterback would make more sense only if he was the walking, breathing example of the players’ case against the owners in the lockout.