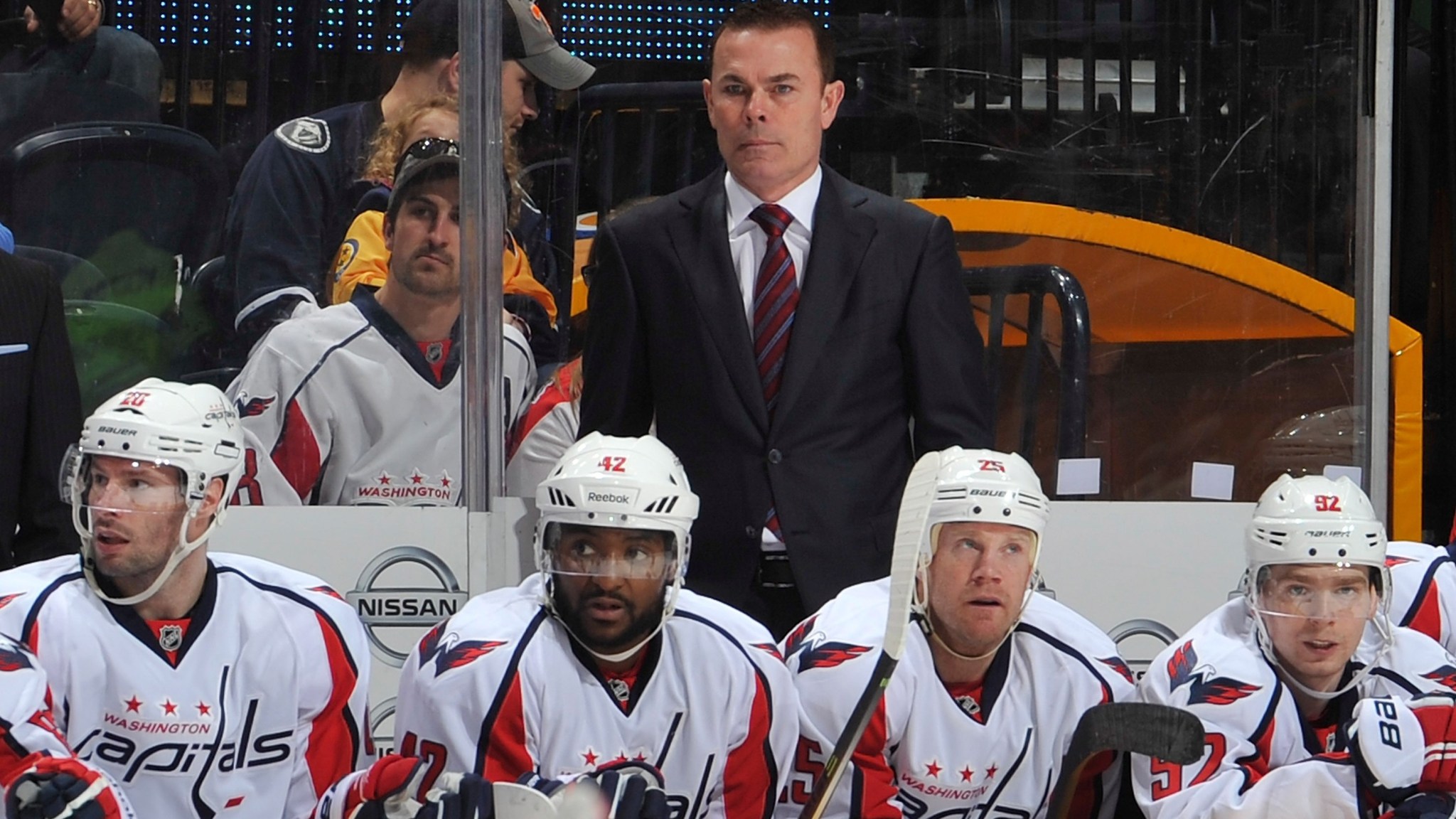 With the end of the second round of the NHL playoffs, we have reached an unofficial milestone on hockey’s calendar: the end of the annual coach and GM firing season.

It’s unlikely any of the four remaining teams will be making changes to their bench or front office, which means everyone (with one odd exception we’ll get to in a moment) who is going to get fired has been fired. And that makes this a good time to run through the current openings to see if we can figure out who could wind up with those jobs.

But first, here’s a recap of the teams that have already filled vacancies since the regular season ended:

That’s a lot of movement, but it still leaves several openings around the league, with more than a few big-name candidates available to fill them.

Who they fired: General manager Ray Shero and head coach Dan Bylsma. Wait, no, not Bylsma. Yet.

The Penguins were expected to make changes after another disappointing playoff run, with Bylsma’s firing considered all but a sure thing and Shero also a possible casualty. So when the team called a press conference just days after being eliminated by the Rangers, it wasn’t hard to figure out what was coming. And pretty soon, various media were reporting the news: Bylsma and Shero were both gone.

Then the press conference got started, and it turned out Bylsma hadn’t been fired after all. This was … strange. You get false reports circulating on Twitter all the time, but this wasn’t some random blogger looking for a lucky scoop; it was several of hockey’s most trusted insiders all getting the same bad info. It’s almost enough to make you wonder if something changed at the last minute.

In any case, Shero is out and Bylsma probably will be too. The Penguins say the new GM will make the call on the coaching staff, and the assumption is that Bylsma will still end up getting the pink slip. It will just come a few days (or weeks) later than everyone expected.

Intriguing candidate: One interesting name that surfaced in multiple reports was player agent Pat Brisson, whose clients include franchise player Sidney Crosby. That would have certainly made it clear who was running the team, and Brisson has been linked with GM openings in the past. But he’s apparently decided not to pursue the job, possibly because he couldn’t afford the pay cut. That leaves a wide-open field that includes former Shero assistant and current interim GM Jason Botterill.

As for that likely head coach opening … I’ll just leave this here.

After missing the playoffs for the first time in seven years, the Capitals went for the old-school double-barrel GM/coach firing. (Technically, McPhee’s contract wasn’t renewed, but he still qualifies for our list.)

Replacing the coach is becoming a common occurrence in Washington, which is seeking its fourth coach in three years. McPhee was a different story — he’d been the GM since 1997. The next person to get the job will become just the third Capitals GM since David Poile was hired 32 years ago.

Also, McPhee was once suspended by the NHL for a month for punching out another team’s coach after a brawl. That really has nothing to do with anything, but it’s a great story and I enjoy mentioning it.

Intriguing candidate: The Capitals have been linked to Trotz as well as to Shero, both of which would be major hires. But there’s an even bigger name being floated for a job in Washington: NHL legend Wayne Gretzky, who’s apparently interested in becoming the team’s new president.

Who they fired: Interim head coach Peter Horachek, who’d only been on the job for 66 games after being promoted from the AHL to take over from Kevin Dineen in November.

The announcement that Horachek wouldn’t return was a minor surprise, given that he’d done about as well as could have been expected with an awfully thin Panthers roster. But after hiring lesser known coaches for their last few openings, the Panthers appear to have their sights set on a bigger name this time.

Intriguing candidate: The Panthers had been heavily linked to Randy Carlyle once his inevitable firing was announced, and we’ll get to that in a second. The rumor mill has been largely quiet since then, although it seems clear that GM Dale Tallon would prefer a candidate with extensive experience. Trotz would certainly fit the bill.

Gillis was fired less than 24 hours after the season ended. There were immediate rumors that he’d be replaced by former Canuck Trevor Linden, a longtime fan favorite who lacked any significant front-office experience. Days later Linden was hired, but in the role of team president, leaving the GM job open for now.

One of Linden’s first tasks was to reach a decision on Tortorella, who’d only been on the job in Vancouver for one season and reportedly had four years left on his contract. After several weeks of mulling his options, Linden made his call, sending Tortorella and assistant coach Mike Sullivan packing and giving the team two major openings to fill.

Intriguing candidate: The Canucks are a franchise with plenty of money and a decent amount of prestige, so they’ll be linked with just about every big-name GM candidate, including McPhee and Shero, as well as former Blue Jackets boss Scott Howson. But one lesser known name that’s surfaced as the possible favorite is Bruins assistant Jim Benning.

A coaching hire will likely wait until the new GM is in place, although there are already no shortage of potential candidates. One possible dark horse: former Flyers coach and current Kings assistant John Stevens.

Muller’s firing was the first major move by Francis, who’d been on the job for a week when he made the decision. Two assistants were also fired, and a third was reassigned.

Muller had just finished his third season in Carolina and had yet to make the playoffs, so his dismissal wasn’t a major surprise. He’s already found a new job, landing a role as an assistant with Ken Hitchcock in St. Louis.

Intriguing candidate: Francis is an ex-player, so per the NHL’s bylaws, every candidate he’s rumored to be hiring will be a former teammate. That list would include Dineen, as well as Rangers assistant Ulf Samuelsson.

Yeah, but Randy Carlyle … : They kept him.

The Maple Leafs made offseason headlines with the hiring of Brendan Shanahan as team president in April. At the press conference announcing the move, Maple Leaf Sports and Entertainment CEO Tim Leiweke made it crystal clear he felt the team needed major changes. That seemed to spell certain doom for Carlyle, and perhaps for GM Dave Nonis and his army of front-office assistants too.

And then, Shanahan decided to stand pat, and even gave Carlyle an extension. That decision hasn’t exactly been well-received in Toronto (sample headline: “What does it take to get fired as coach of Maple Leafs?”), where it had been assumed that somebody would have to pay the price for yet another late-season collapse.

That ended up being Carlyle’s assistants, which at least means there will be new blood behind the bench for the coming season. It’s possible the incoming assistants will provide some new voices in the dressing room and help Carlyle adapt some of his strategies enough to right the ship. Then again, it’s also possible one of the new hires will end up as the head coach by midseason, which is what makes this situation worth watching.

Intriguing candidate: The ex-player teammate bylaw comes into play here, which could be good news for Oates if he’s willing to take an assistant’s role. Muller had also been mentioned as a possibility before he signed on with the Blues.

Then again, none of this may matter in the long run, since many Toronto fans have already decided that Mike Babcock is going to be the team’s next coach. That will no doubt come as a surprise to the Red Wings, who have Babcock under contract for the coming season, but hey — when have Maple Leaf fans ever been disappointed?