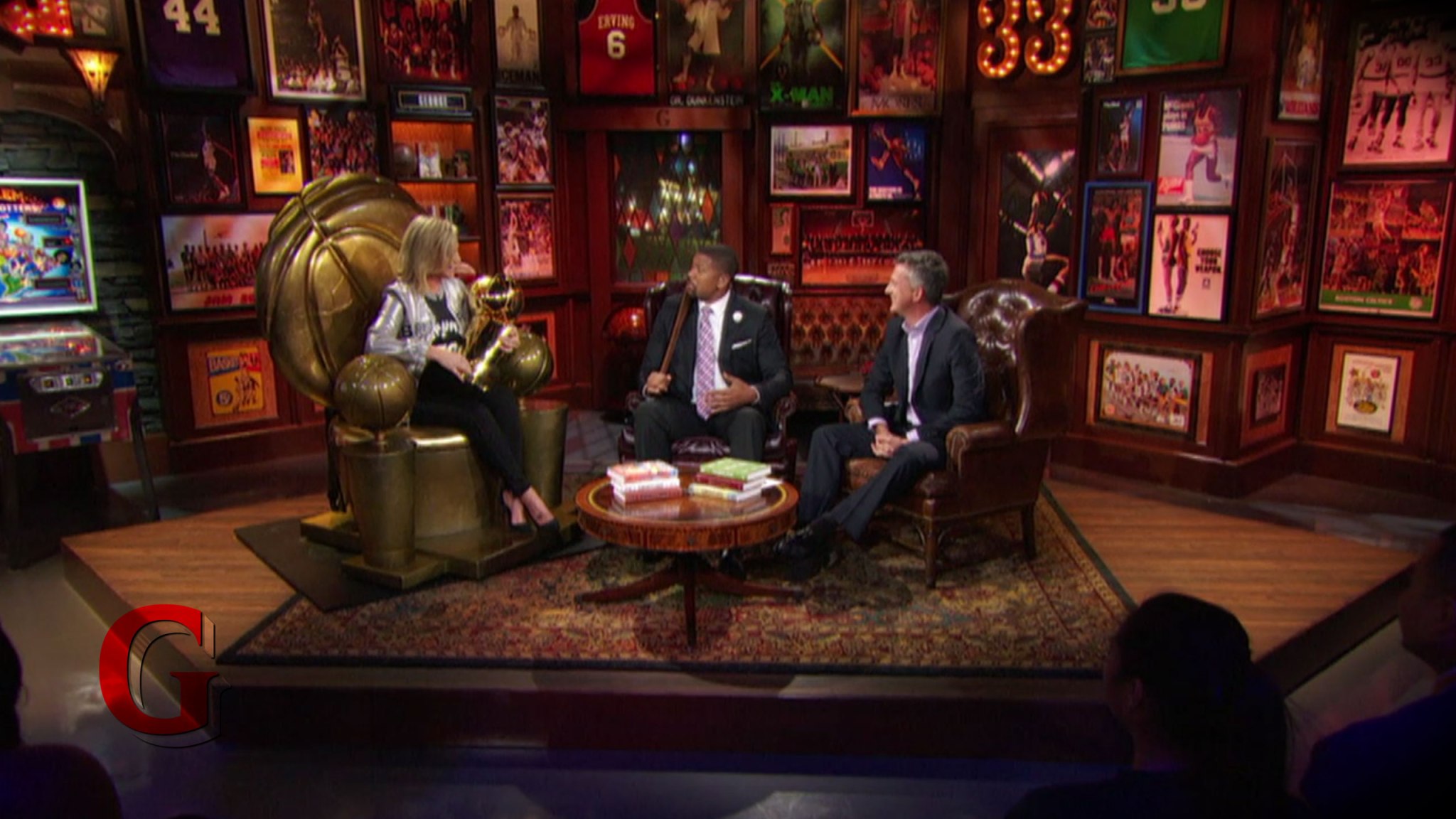 The Grantland Basketball Hour premiered Thursday night, with guest appearances from Jeff Van Gundy, Grantland writer Zach Lowe, Doc Rivers, and Michelle Beadle. In case you missed it, here are some scenes from the show.

Doc Rivers joins Bill Simmons and Jalen Rose on The Grantland Basketball Hour to talk about Blake Griffin dealing with hard fouls, and about how the Internet makes it hard for Rivers to tell his players not to retaliate, because they can find clips of Rivers doing it himself.

Zach Lowe joins Bill and Jalen to discuss how LeBron James became the NBA’s Mafia don and orchestrated a roster around himself on his hometown Cavs.

Michelle Beadle Reminds Everyone the Spurs Are the NBA Champions

Michelle Beadle graces Bill and Jalen with her presence and reminds them that, while all of the other teams in the NBA are cute and everything, the San Antonio Spurs are the reigning champions. Oh yeah: She does so while on a throne of NBA championship trophies.

Catch replays of The Grantland Basketball Hour on Saturday at 2 p.m. ET on ABC and Monday at 8 p.m. on ESPN2.