Sorting Out the Sabres-Jets Mega-Trade 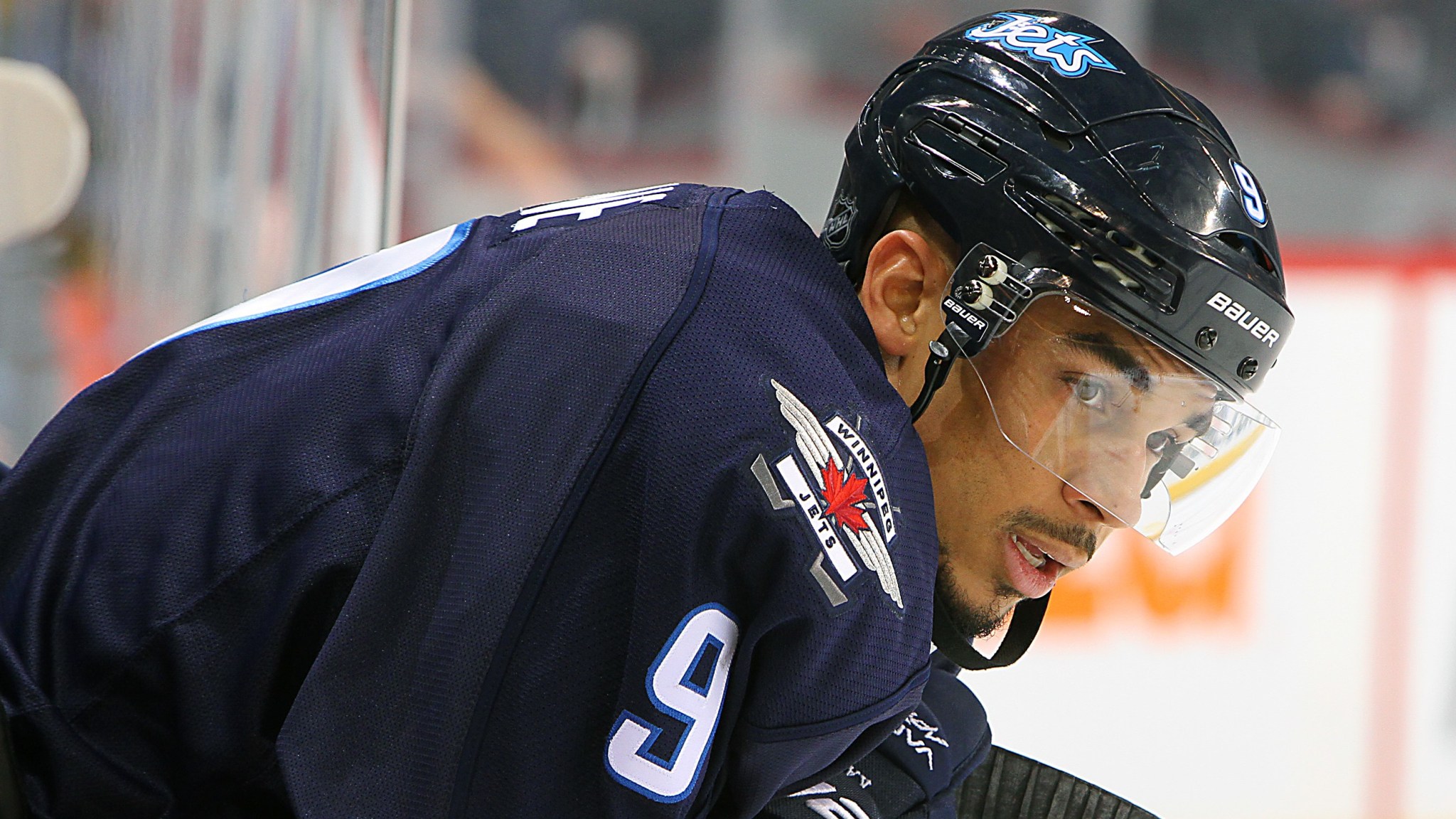 We have a trade to announce.

NHL fans don’t get to hear those words very often, but they did this morning, and they were probably followed by several other words, such as “Seriously?” “What the hell?” and “Wait, there’s even more?” In a league where simple player-for-player trades are becoming a rarity, the Jets and Sabres pulled off a monster seven-player deal that shakes up the core of both teams.

There’s a lot to figure out with a move of this size. Let’s sort through the big questions.

The Jets sent Evander Kane, Zach Bogosian, and a prospect to the Sabres for Tyler Myers, Drew Stafford, two prospects, and a first-round pick.

The big piece here is Kane, a 23-year-old power forward who scored 30 goals three years ago. His production has fallen since then, and he’s earned a reputation as a trouble-maker thanks to various legal problems, social media silliness, and, most recently, a tracksuit that wound up in a shower. That last incident led to him leaving the team and then electing to have season-ending surgery, effectively ending any chances he’d ever play for the Jets again. But he’s still considered a top-tier young talent, and plenty of teams were lining up for a chance to acquire him.

Wait, so the main piece in this trade is out for the season?

Yes. Which is fine, because the team acquiring him has already written the year off. The Sabres are pretty much tanking in order to finish last and earn the right to select either Connor McDavid or Jack Eichel, the two sure-thing franchise players available in this year’s draft. So they’re fine with Kane being out now, given that he’s expected to be healthy in time for opening night next year.

The Jets are in a different situation. They weren’t expected to be good this year, but they’ve played well enough to stay in the playoff hunt and are currently holding down a wild-card spot. Kane wasn’t exactly lighting it up, but his absence was going to hurt, and it made some sense for them to move him now for immediate help instead of waiting for the offseason.

So seeing a Kane trade happen now wasn’t a surprise, and a Myers-for-Kane framework had been rumored for days. But the sheer size of the deal and the inclusion of Bogosian was a shock, moving it beyond a simple “get better right now” move.

Bogosian and Myers are both young defensemen, but who is better?

That depends on who you ask, and the long-term answer will probably decide how we end up feeling about this deal years down the road.

Both players were taken in the first round of the 2008 draft; Bogosian went third, while Myers went 12th. Myers got off to the better start, winning rookie of the year honors, but his play has dropped badly over the years to the point at which we included him in last year’s worst contracts list. He’s had a bit of a rebound season, but at this point most consider Bogosian the better player. (Bogosian also comes slightly cheaper.)

That said, Myers may have the higher ceiling. He’s huge, at 6-foot-8 and 230 pounds, and it’s hard not to watch him and think of Zdeno Chara’s awkward early years before he blossomed into a perpetual Norris contender. Myers probably won’t get there, but NHL GMs have always fallen in love with giants who can play a bit. Besides, just imagine him paired with 6-foot-5, 265-pound Dustin Byfuglien. That’s scary.

So today you’d rather have Bogosian, while Myers is the high-risk, high-reward choice for the future.

Did the Jets actually get any better here?

In the long term, sure. They added two good prospects and a high draft pick, which isn’t a bad haul at all considering their hand was forced somewhat because everyone knew that Kane wasn’t coming back.

But for the short term, they don’t improve much, which is a bit of a surprise considering their semi-tenuous grip on a playoff spot. We shouldn’t write off Stafford, a former 30-goal man in his own right who’s in the final year of his deal. His production has dropped in recent years and he’s no longer a top-line player, but he was scoring about a half-point per game for a terrible Sabres team. He should step into a second- or third-line role, so while he won’t replace everything Kane brought to the table, he’s not a bad Band-Aid.

And, of course, the Jets now have some very good future assets they could turn around and use in other trades to strengthen the roster right now.

Talk about the prospects involved.

That’s not a question.

Who are the prospects involved?

Winnipeg gets a pair of wingers in Joel Armia and Brendan Lemieux who are both considered very good prospects. Armia is a former first-round pick who isn’t all that far away from cracking the NHL,1while Lemieux was a second-rounder this year who’s currently in junior. Jason Kasdorf, the unsigned goalie prospect who goes from the Jets to the Sabres, will take some development to reach the pros.

As for the 2015 first-round pick, it’s apparently going to be whichever of Buffalo’s three first-rounders ends up being the latest. Since the Sabres own the picks of the Islanders and Blues, it will probably end up being fairly late in the round.

So wait, an actual blockbuster trade? They still make those?

I know, right? Old-fashioned blockbusters have become nearly extinct in today’s NHL thanks to the salary cap and other factors. And yet here comes a deal with lots of players, futures, big contracts (in both salary and term), and moving pieces, and the Jets and Sabres still found a way to get it done.

It probably doesn’t signal any sort of grand shift to the trading landscape, but it was nice to finally see highly paid GMs take a break from whining about how hard their jobs are long enough to actually work out a deal. And it’s especially nice to see one of those GMs be Winnipeg’s Kevin Cheveldayoff, who’s long been criticized for his lack of activity.

The Sabres. They’ve already dedicated the season to landing McDavid or Eichel, and when they do they’ll need some young talent to surround their pick. They added two impact players just entering their prime and suddenly look like a team that could think about a playoff spot as early as next year. And they do it all without getting any better this season, meaning their mission to blatantly tank is not only still on track, but probably somehow even further ahead. Yes, they gave up picks and prospects, but they were loaded with those. This is a smart move and a clear win for the Sabres.

But that doesn’t mean it’s a loss for the Jets, because trading doesn’t have to be a zero-sum game. The Jets were put in a tough situation when Kane walked out, and they managed to drive up enough bidding from around the league that they got a decent package back. The Bogosian-for-Myers swap is intriguing, and the Jets may well end up regretting it, but they still restock their pick-and-prospect cupboard.

If the Jets collapse and miss the playoffs, everyone will look back on this deal as a missed opportunity to get better now. But they’ve built up enough of a cushion so that probably won’t happen, and they weren’t going to win the Cup this year in any case. They probably did about as well as they could here, all things considered, and if the Myers gamble works out, we might eventually chalk this deal up as a win-win.

This article’s headline has been corrected to reflect the teams involved in the trade. The trade was made between the Buffalo Sabres and the Winnipeg Jets, not the Sabres and Detroit Red Wings.