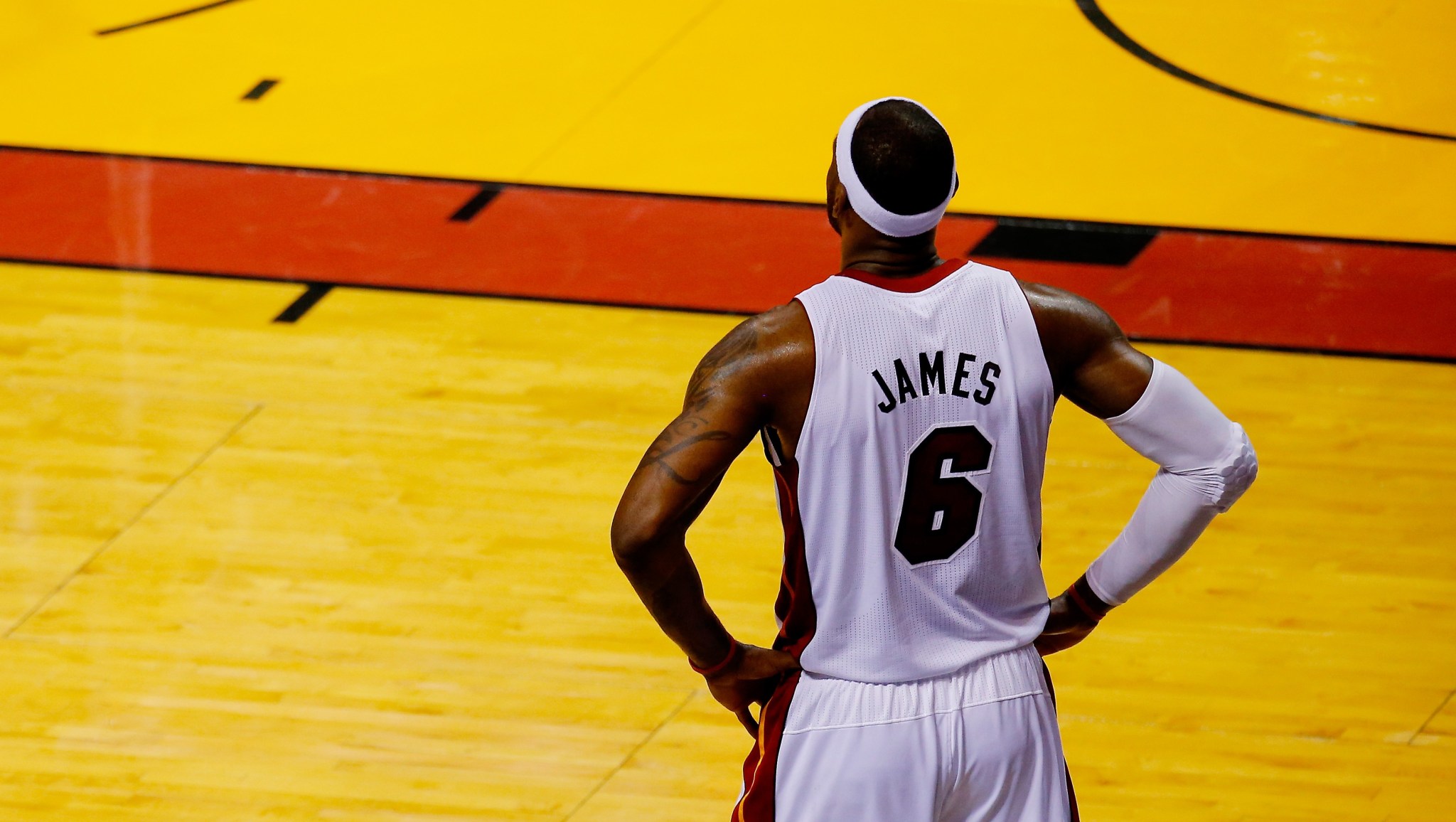 As recently as the middle of last week, the NBA offseason was underwhelming. LeBron had opted out to put pressure on Miami, but then Bosh and Wade answered by opting out as well. That was supposed to be the end of the LeBron drama. Meanwhile, Carmelo was headed to Chicago or New York, Kevin Love was probably headed back to Minnesota, and it sure looked like the craziest offseason ever was getting rolled over to 2015 at the earliest.

Then came Thursday night, when we found out there was a “breakdown in communication” between James and Wade and Bosh, and LeBron’s agent was hosting teams for pitch meetings in Cleveland, “ready to explore the market.” In a matter of 20 minutes, the NBA offseason mattered again.

Since then, everything’s been on hold. Right? It feels like LeBron just pressed pause on the entire offseason.

For one thing, Wade and Bosh are waiting on LeBron before they agree to any contract extension. This makes sense. Imagine if they agree to pay cuts and long-term deals only to have LeBron turn around and go somewhere else. That leaves them stuck in Miami for the next four or five years surrounded by spare parts. It would be insane for them to commit before LeBron does.

On the other hand, until Wade and Bosh actually commit to new deals, it ties Pat Riley’s hands. He doesn’t know much cap space the Heat actually have, which makes every negotiation more complicated, which in turn makes it much harder to recruit LeBron with any free-agent signings in the offseason. It’s one thing to pitch guys like Luol Deng and Trevor Ariza on taking less money to win rings, but how far can any negotiation go when the rest of the salary cap’s such a wild card? And why would those guys commit to anything before LeBron says he’s coming back?

Then you have the Cavs. What started two weeks ago as an Instagram-fueled hallucination now looks a lot more realistic. There are reports that LeBron’s agent is pushing for a return to Cleveland, there are gut feelings that put the Cavs in first place, and the rest of Cleveland’s offseason is on hold until the front office finds out whether any of this can actually happen. The only major move they’ve made is deleting Dan Gilbert’s Comic Sans letter to LeBron.

Or there are the Suns. Phoenix has tons of cap space to chase someone like Gordon Hayward, plus Eric Bledsoe is waiting as a restricted free agent, but nothing will happen until the Suns find out where LeBron’s going.

Or Daryl Morey and the Rockets. They’e waiting on Carmelo, but if that doesn’t happen this week, they’ll chase Chris Bosh. The problem is that both Carmelo (who was supposed to decide this weekend) and Bosh (who is in Sri Lanka right now) seem to be waiting on LeBron, who, again, is waiting to see what the Heat can do.

As there was in 2010, there is only one way to truly recruit LeBron: talent. The roster matters more than virtually anything.

It’s happening all over the league right now. Teams have plans, and contingency plans, and pipe dreams, but everything’s paused until further notice. Teams are waiting on players, players are waiting on LeBron, and in the meantime, nobody knows that much more than the people tracking Dan Gilbert’s plane to South Florida: 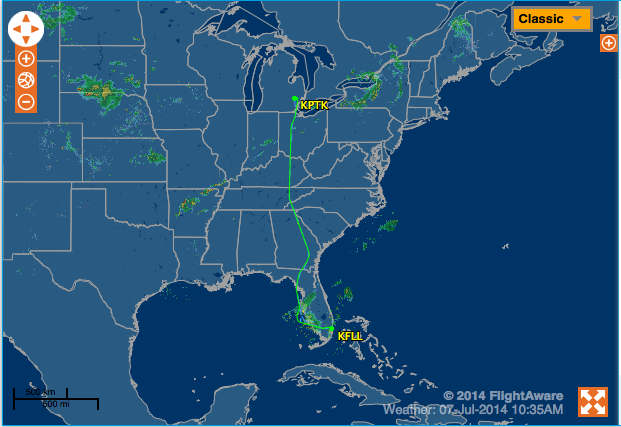 I’d forgotten what 2010 was like, but this time it feels even more ridiculous. Back then there were multiple superstars on the move and it was all happening at once. Whether it was Carlos Boozer to the Bulls, Amar’e to the Knicks, or Dwyane Wade and Chris Bosh to Miami, everything was starting to take shape after the first week.

For the last few days, things have only gotten more uncertain. In Miami, and Houston, and Cleveland, and New York, and L.A., and Phoenix. Everyone’s waiting.

What will come first: the LeBron chicken, or the Pat Riley egg, or Chris Bosh getting sick of all this and signing in Houston?

It’s hard to believe Bosh leaves Miami before LeBron, but there’s reportedly a max offer on the table from the Rockets, and it would make a lot of sense. Houston would guarantee him finishing out his prime on a contender in his home state, rather than playing this game with LeBron the next few summers. That could also clear enough room for Carmelo to sign in Miami, which might help lure LeBron. Or, more likely, Bosh leaving would push LeBron to Cleveland, or Phoenix, or maybe even the Lakers.

Or maybe Carmelo signs with New York tonight, LeBron and Bosh go back to Miami in a day or two, and 10 days of rumors takes us back to where we started. Anything’s possible.

In the meantime we have Twitter rumors, Heat fans going nuts, flights being tracked, the House of Cards plotting in front offices across the league … and nobody knows how this is ends. The NBA is full of experts, impeccably sourced reporters, analytics czars, cap experts, and 10 different kinds of insiders, and right now everyone’s in the dark. All anyone can do is sit back, watch, and play out a dozen different scenarios in their heads. And wait to see what LeBron does.

For all of the power players running the NBA — from Adam Silver to Pat Riley to Daryl Morey to owners like Dan Gilbert to CAA agents to Adrian Wojnarowski’s Twitter account — the past few days have been a loud reminder that it’s still a players’ league. Or in this case, maybe just a player’s league.