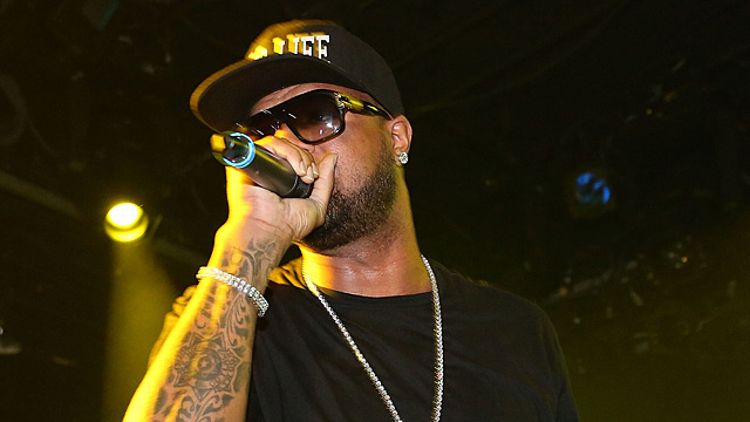 Dwight Howard has approximately 30 million reasons to stick with the Lakers this offseason, so rival suitors have found it necessary to resort to the intangible: Atlanta thinks playing in his hometown would appeal to D12, the Warriors are banking on the potential of their young core of shooters, Mark Cuban has vowed to make him the face of the franchise. But when it comes to having to kiss ass on some beta-male tip to get what you want, Houston rapper and de facto Rockets representative Slim Thug will be the first to tell you: I ain’t heard of that.

The Big Bawse of the Nawf laid out the best free-agent sales pitch in recent memory yesterday, a comprehensive Twitter presentation that enumerated the many real ways in which H-town would appeal to a young man whose net worth will soon be in the low-to-mid nine figures: the superiority of the city’s gentlemen’s clubs, the extreme disparity in liquor prices, the advantages of the Lone Star real estate market, Texas’s legal leniency with regard to both child support and texting while driving (OK?). And, in a cunning maneuver, he pointed out how the presence of an NFL team would reduce the pressure for the Rockets to win immediately. Plus, he gets to one-up Shaq by choosing a relatively classy way to ask Kobe how his ass taste, more or less. Slim Thug didn’t even have to bring up the lack of state income tax. Honestly, Dwight Howard might not end up in Houston, but I feel like I might at some point.

When I caught up with Slim Thug last night, it became obvious that he picked a strange day to advocate ditching the candy stores of L.A. for the candy paint of Houston. For one thing, Thugga is in Los Angeles right now, having spent last night at a video shoot for his associate Kirko Bangz (say the name out loud). Freed from the confines of the 140-character sales pitch, Slim Thug goes in depth even though he could’ve just linked to the uncut version of the “Still Tippin’” video and saved himself the trouble.

How are you going to tell Dwight Howard to leave Los Angeles for Houston when you’ve just bought yourself a place out here?

Houston is so much better for a guy like Dwight Howard. You can really be prestigious. L.A. is over, man, the Lakers are over. Kobe’s out of there. I know everybody’s brainwashed, they still think he’s the greatest. If I was an L.A. fan, I would too. I think he’ll be more comfortable in Houston. In L.A., you got people in movies looking at you and you might be starstruck by them. Goddamn Rihanna sitting on the sidelines, that’s a lot of pressure.

I take it that neither Beyoncé nor anyone else from Destiny’s Child reps their hometown team like that.

You’ll rarely see Destiny’s Child at a Rockets game. Everybody thinks they’re a superstar in Houston, but nobody really trip like that.

Dwight Howard’s known for being a connoisseur of candy and having an ultra-religious upbringing. Do you think he’s really concerned with which city has better strip clubs or cheaper alcohol?

Click here for all of our interviews with fascinating people from the worlds of sports and pop culture.
I was just joking, but all of it’s true, though. I was still angry about spending $1,600 on a bottle at Greystone last night, y’all prices are ridiculous out here in L.A. compared to Houston. It’s $1,000 [for a bottle of rosé] out here, and then you gotta add taxes and gratuity. It’s Houston, that shit’s $250. The gas out here is ridiculous too! I’ve never filled up out here for less than a hundred dollars. His money can take him so far in Houston, I’m talking about living like a king. You can buy a $10 million house out here in L.A. that’s small as fuck. But in Houston, you spend $10 million, you got yourself a Walmart. He could have all kinds of comic book shit in the backyard, acres!

All of the financial advantages of Houston apply to Dallas as well, and the Mavericks are certainly going to make a pitch to Howard. Why should he turn down Mark Cuban?

Dallas is a nice city, it’s good, too. But if he’s really trying to compete, that’s the reason to come to Houston. Him and Harden and a couple of other pieces, I don’t think Dallas can pull something like that.

Dwight Howard never strikes me as much of a hip-hop fan. Do you think he listens to Slim Thug?

I doubt if he listens to my music. I make real underground, street shit. I don’t do it for the radio, I do it for chicks.

If he ended up in Dallas, do you think he’d get a shag haircut and learn how to dougie?

[Dallas rapper] Dorrough get played out here on the West Coast, he might be listening to him! When he gets to Houston, he gonna hear me, though. He’ll get used to it and I’m cool with that.

Do you often see visiting NBA teams at Dreams and V-Live after the game’s over? If so, who’s their best customers?

All the NBA players, the NFL guys, I’ve seen everybody in Dreams in Houston, it’s goin’ down. It’s paradise! I definitely ain’t gonna say nobody’s name.

All of the financial and cultural advantages of Houston are well known, so why isn’t it a more popular free-agent destination?

I don’t know. They don’t look at us like we’re really trying to win. With Dwight Howard, that’d be a whole ’nother picture. I don’t think they feel like we had a real chance. With Harden and Dwight Howard and maybe another guy like Josh Smith, it’d be on.

They know me, they know I don’t listen to nobody but myself.

So if this D12 thing falls through, who’s the next guy Slim Thug is making a sales pitch to?

I ain’t even looking farther than that. We’re getting D12 and then we make our next move.