Q&A: Oneohtrix Point Never (a.k.a. Daniel Lopatin) on the Celtics and the Doc Rivers Trade Rumors 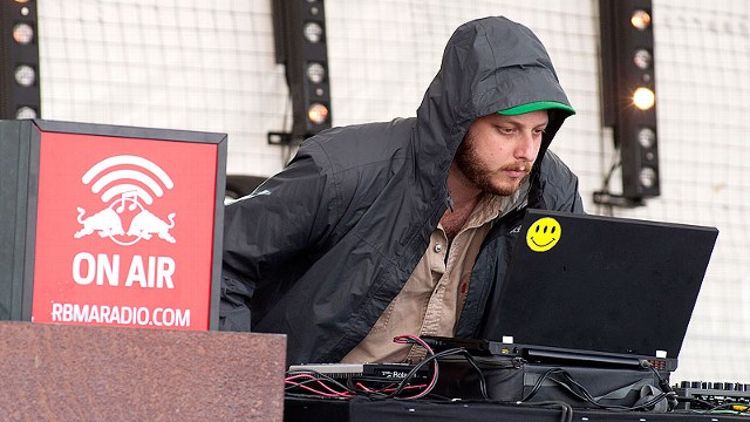 Daniel Lopatin wears a lot of hats in the metaphorical sense — he and Joel Ford are the masterminds behind the eerie accuracy of ’80s synth-pop revivalists Ford & Lopatin, as well as the Brooklyn-based boutique label Software. But Lopatin’s best known for his work as groundbreaking and critically acclaimed electronic act Oneohtrix Point Never, a restless creative conduit for hours worth of noisy drones (2009’s Rifts), odysseys into the dark, subzero recesses of space (2010’s Returnal), and his 2011 masterwork, Replica, a haunting, affecting collection of aural experimentations built on outdated synthesizers and commercials dubbed from VHS cassettes.

But if you’re talking about a hat he wears in the literal sense, it’s almost always a Celtics cap. If you couldn’t tell by the pun of his name (based on Magic 106.7, Boston’s adult-contemporary station), Lopatin reps his hometown to the fullest, an outré artist with the knowledge and passion of an NBA insider. In an interview I did last year for Pitchfork, nothing brings him more excitement than having “one fucking fantasy basketball window open and Ableton in the other monitor, going apeshit.” Considering the instability of the C’s right now, if he’s poring over bootleg recordings from Germany these days, it’s more likely to be grainy highlights from Dennis Schroeder workouts rather than some lost recording from Cluster.

It might not be Jay-Z using Game 5 of the NBA Finals to announce Magna Carta Holy Grail, but in anticipation of 0PN’s upcoming LP R Plus Seven, out later this year on Warp, Lopatin took the time to give his laptop-GM view of the Celtics’ current offseason strategy and the proposed blockbuster deal with the Clippers. He also describes “Nil Admirari” as the feeling of losing out on Tim Duncan in the 1997 lottery and will offer Ableton lessons to Danny Ainge free of charge.

Who’s to blame for the impasse between Doc Rivers and the Celtics?

The Celtics need Doc way more than the other way around, but I don’t think it’s an impasse. I’d be surprised if this wasn’t somewhat orchestrated by Doc and Danny [Ainge]. Kevin Garnett for a bunch of cat scraps plus Al Jefferson would never have happened if [Kevin] McHale didn’t throw Ainge a bone. I also have distinct memories of the pre-Garnett/Allen-era C’s with Doc at the helm and it wasn’t very pretty, so I don’t blame him for wanting to cut bait before it gets bad again. I do think he did a great job of turning [Paul] Pierce into a real captain during those lean years.

Is it time to blow up the Celtics as currently constructed, and if not, who can they reasonably acquire to make up the distance between them and the Heat?

Click here for all of our interviews with fascinating people from the worlds of sports and pop culture.
It’s time to cut bait. I think if you can get Eric Bledsoe in this supposed deal with the Clips then you flip him to a team that needs a starting PG for a bona fide big man. Utah is an idea. Or maybe DeAndre Jordan is the guy, but I can’t really see the C’s building around him. If they can sneak Courtney Lee or Jet [Jason Terry] into that package deal it could further the cause with cap room. We have a ton of SGs and they are all kind of middling. Otherwise you’re looking at a full-on rebuilding era, which, if I’m Ainge, you have to at least consider with LeBron in his prime for the next four to five years.

If it is time to blow up the Celtics, who do you keep and who do you get rid of — Rondo, Garnett, or Pierce?

If I have to pick one, it’s Garnett. It would be weird and sad to see Pierce in another jersey, and Rondo is a guy you can build around.

Is the proposed trade with the Clippers the best offer the Celtics are going to get?

From my understanding, the noncompete clause in Doc’s contract gives the Celtics a lot of leverage in any trade scenario. So if there’s another Western Conference team ready to make a lopsided deal just to land Doc, I’d say Danny should consider it. The beauty with that kind of trade is that Doc and Garnett (maybe Pierce as well) get to stay together and compete for a title with a team that’s ready to roll. They deserve as much. And if we can get youth, picks, or money freed up to play around with, you gotta pull the trigger. Sea change is imminent.