Put Me in, Coach: A Look at Good, Bad, and Bewildering NBA Rotations 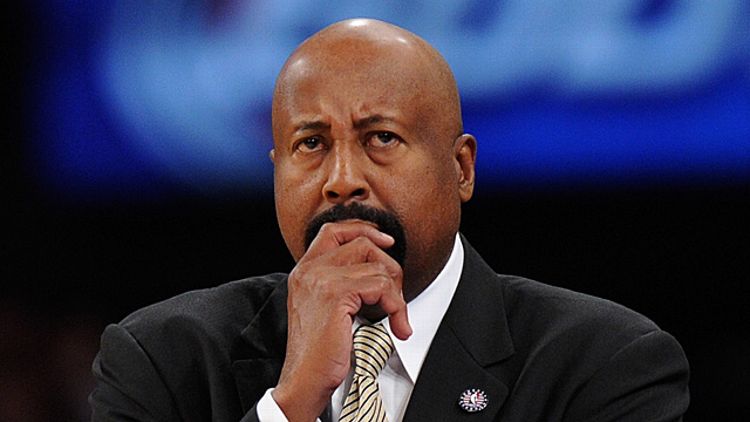 You don’t just acquire depth in the NBA, you develop it. Sure, GMs can sign wily vets and boundlessly energetic youngsters to fill out the roster and spell their core players, but it’s up to the head coach to take all those instruments and conduct an 82-game symphony.

The first two weeks of the NBA season have shown how some teams have shaped their rotations sensibly and effectively, how others are close to cracking the code, and how still others have turned an embarrassment of riches into straight-up embarrassment.

The Tao of Tinker

New York Knicks: This is a depth chart:

From the outside looking in, the Knicks look loaded and ready to go. They’re deep in the backcourt, but with enough positional flexibility to make up for the lack of an interior presence, particularly on defense. Only … not so much.

The Knicks are like a dead brain right now: all the mass with absolutely no chemistry or connectivity. Part of the issue stems from Mike Woodson’s shaky, slow trigger finger. Tonight’s game against the Hawks will mark the fifth different starting lineup in seven games for the reeling ’Bockers.

And while the Knicks have played only five different units for 10 minutes or more, they’ve played 15 different units for at least five minutes. Which would seem sample size enough for Woodson to begin settling on a rotation sometime soon. But as the fingers of Knicks fans hover nervously over the panic button, the Goateed One has looked totally at ease, throwing everything at the wall and seeing what sticks. That’s all well and good in November, but if too many more losses pile up, Woodson might lose his gig as the bandleader of these free-jazz lineups. If only there were a team that understood what the Knicks were going for …

Brooklyn: Aaaaaawwwwkwaaaaard. On the surface, the Nets approached this past offseason brilliantly, giving first-year coach Jason Kidd some insurance for the aging Kevin Garnett and Paul Pierce. They have skilled players at every position.

Credit Kidd for doing what Mike Woodson has not. Whether it’s circumstance or stubbornness, the first-year coach has decided on a starting five and he’s sticking with it. And only five Nets lineups have logged more than 10 minutes of court time together.

Not surprisingly, the most commonly used Brooklyn unit has been the starting five of Deron Williams, Joe Johnson, Paul Pierce, Kevin Garnett, and Brook Lopez. But the rest of the lineups suggest a rotational rigidity at odds with the team’s supposed positional flexibility. Getting Andrei Kirilenko back from injury will only help, but it’ll be interesting to see how willing Coach Kidd is to fiddle on the fly — particularly if the team as a whole continues to struggle.

Clippers: Of the seven Clippers lineups with at least 10 minutes of collective court time logged, five of them have produced a net positive rating (the difference between a team’s offensive and defensive efficiency) — all of them in double digits.

With so many new faces — and two new starters in J.J. Redick and Jared Dudley — the Clips are bound to botch a game or two. But if they can conjure a crunch-time unit that can both make their free throws and protect the paint, Doc Rivers won’t have to worry about covering up his Staples-mate’s banners.

Miami: Hamstrung as they were by the salary cap, the Heat once again cobbled what they could from free agents and flotsam, most notably bringing aboard the tumultuous tandem of Michael Beasley and Greg Oden. For Erik Spoelstra, the philosophy was simple: Stay the course, but with a few more grunts rowing in tow. The Heat have put out 10 different lineups with 10 minutes or more of playing time.

Not a lot of Michael Beasley there. That’s exactly the right move for Spoelstra: When you’re dealing with a talented but troubled player of Beasley’s ilk, you want him first and foremost to trust the guys around him. Miami may have dropped a few duds in the early going, but the Heat are at a point where regular-season cruise control is a totally viable option, particularly if it affords them time to turn gambles into productive payoffs.

Everything in Its Right Place

San Antonio: The Spurs made exactly one addition of consequence this offseason: Signing swingman Marco Belinelli to a two-year deal. With that in mind, please pay special attention to the first unit listed in this chart.

Compare this with the Nets, who have relied on a handful of fixed lineups out of nervous unfamiliarity. The Spurs — a well-oiled machine with a military mind in charge — just always seem to know what works. Even the units ever so slightly in the red are by no means beyond help, although it’s safe to wonder whether Manu Ginobili will be officially usurped by the younger, more offensively versatile Belinelli as the team’s spark plug sixth man.

Either way, coach Gregg Popovich is the master of minutes management, and this year’s early slate has proved no different. He runs out a slew of starting lineups, but seldom at the expense of chemistry. Getting Matt Bonner (calf) back will help on the rotational fringes, but it’s Pop’s plug-and-chug approach to roster dynamics that has kept this team humming into old age.

Indiana: Few teams last season were as dependent on their starting lineups as the Pacers. Coach Frank Vogel knows he’ll be rolling with his starting five in crunch time, but that doesn’t take away from the sneaky-smart moves Indy pulled over the offseason. C.J. Watson is the perfect backup to George Hill — terrific on D, a reasonable facsimile on O, gritty as all hell. And for all their defensive deficiencies, Luis Scola and Chris Copeland bring a much-needed offensive presence to a formerly one-dimensional frontcourt.

It’s not exactly breaking news to say that the Pacers are a defensive juggernaut, but when six of your five-man, 10-plus-minute units can top the 110 mark in offensive efficiency? You’re officially a complete team, small sample size be damned.