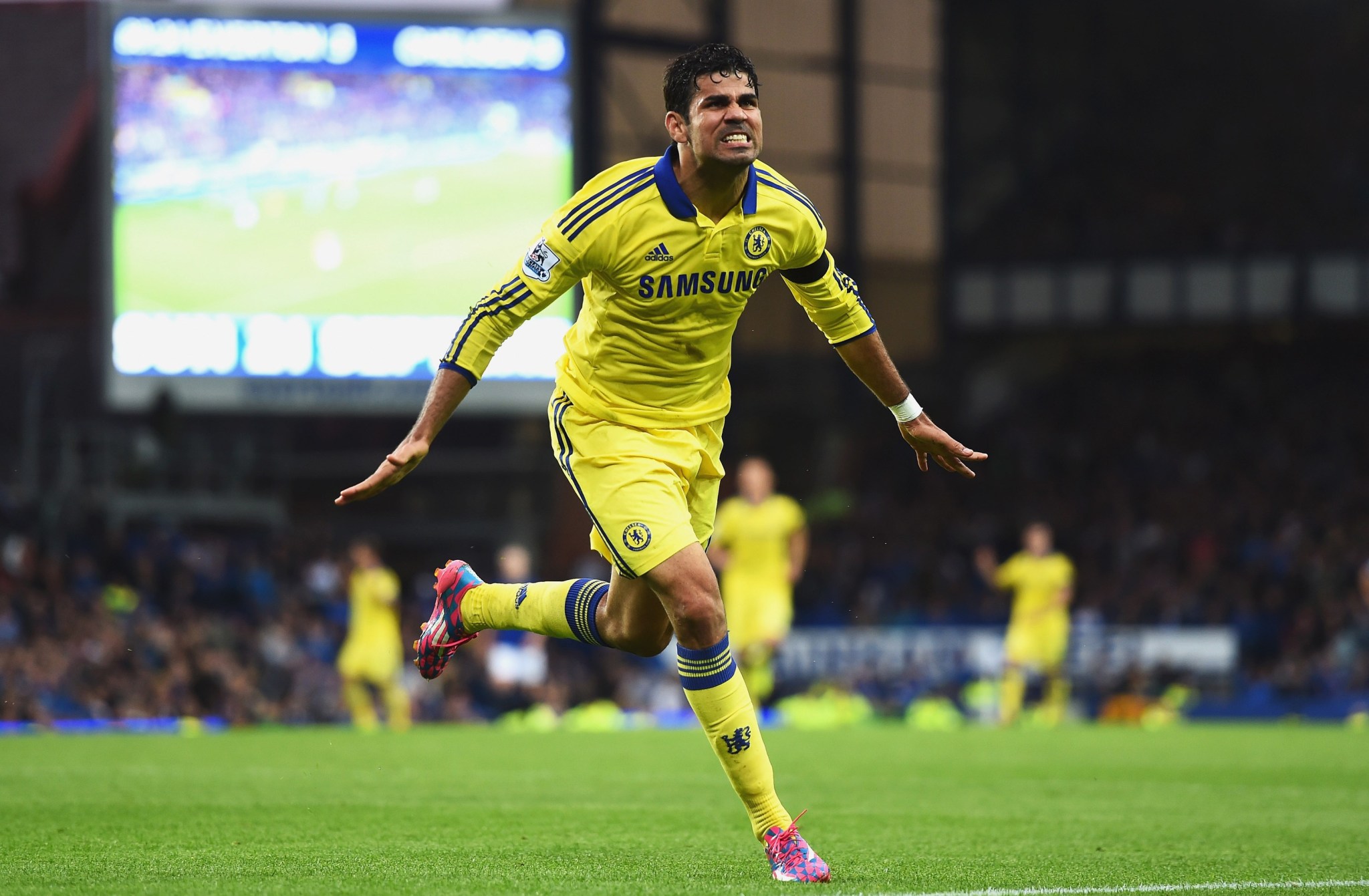 Way back in the middle of June, when the Premier League’s fixture list came out, it was pretty apparent which game this weekend would have top-of-the-table ramifications. Sure, you’d have to endure a dumb early-season international break, but you’d be rewarded at the end of those two weeks off with one of the biggest games of the season.

So, break’s over. Are you all ready for Chelsea to play host to Swansea in a battle between the top two teams in the Premier League?

That’s the game you were looking forward to, right? Not the battle between seventh-place Arsenal and fourth-place Manchester City. The league table, three games in, is always going to be a little quirky. Realistically, Swansea are not going to be hanging around the top of the table, or even the Champions League spots, but, hey, they’ve taken nine points from their first three games. That means that Chelsea-Swansea gets to crash Arsenal–Manchester City’s game-of-the-week party. Two games of the week are better to look forward to than one, right?

The biggest talking point for Chelsea, coming off the break, is whether Diego Costa is healthy. He strained a hamstring while on international duty with Spain, and while some reports indicate that it’s not serious, this is not a guy who has had a traditionally healthy relationship with his hamstrings. Chelsea have an ungodly amount of talent, but Löic Rémy or 36-year-old Didier Drogba strike a little less fear into an opponent’s heart than Costa and his four goals (on a grand total of nine shots). Even if Costa doesn’t go, though, Swansea will still have their hands full with Chelsea’s combination of vicious attacking wingers and Cesc Fábregas pulling the strings in midfield.

The Swans are definitely rocking a lucky-to-be-here profile. The biggest concern is that pesky TSR of 41.7 percent. They are only 15th in the league in shots taken, while sixth-worst in shots conceded (all stats courtesy of ESPN Stats & Info). Instead, they’ve been relying on moments of brilliance like this to get by:

For a team that usually prides itself on keeping the ball, Swansea haven’t been particularly adept at holding on to possession. Last season, despite being on the edges of a relegation battle, they were third in the league, with 57.1 percent possession. This season, they’re at 50.4 percent.

Keep in mind, it’s only three games, and lots of things can skew possession numbers. In their opening-day win at Manchester United, Swansea only had 40.6 percent of the ball. Against weaker sides like Burnley and West Bromwich Albion, they had a more normal-looking 54.4 percent and 55.8 percent, respectively. It’s not like they’re trading shots for possession in order to kill off games. Against decidedly mediocre competition (and regardless of what Manchester United may or may not become, it’s hard to argue that they are anything other than mediocre at best right now), Swansea have won despite their underlying shooting numbers, not because of them. Three games in, they have a chance to sit alone in first place. To do it, they’ll either need a few more unlikely moments of brilliance or to play markedly better than they have so far.

When these two sides met for the first time last year, it felt IMPORTANT. The match was in December, at the Etihad, and Arsenal were in first place, three points clear of Manchester City, in third (Chelsea was sandwiched in between).

Arsenal had ridden a soft schedule to the lead, and there were real questions as to whether their first-half performance was legitimate or a mirage. City roundly answered those questions by thumping Arsenal, 6-3. The Gunners proceeded to fade from the title race and briefly flirt with giving fourth away to Everton.

This weekend’s match won’t be nearly as momentous. We already know what Manchester City are. Arsenal are still a work in progress.

Arsene Wenger is still integrating all their pieces, as he tries to get new signings, players shaking off World Cup fatigue, and players shaking off nagging injuries all on the same page. Danny Welbeck will likely make his debut for the team, and while he’s been with the squad for two weeks, much of that time was spent on international duty with England.

Keep an eye on Mikel Arteta, who returns from injury this weekend. He’s a crucial cog and keeps Arsenal’s engine ticking. He is also 32, not particularly mobile, and about to face off with Yaya Touré and Fernando.

This match is really important for Arsenal because if they have any chance of surprising the title contenders this season, it will be on the strength of their starting 11. They really have no depth in defense to speak of, and very little cover in defensive midfield. The fact that we’re not seeing Arsenal at the height of their powers this weekend is both a valid reason to take the results of the match with a grain of salt, and a symptom of a persistent problem that the North London club will have to overcome to contend for the league this year.

For Chelsea and Manchester City, this weekend the challenge is clear: keep winning, and keep being awesome. Both are coming off of weird, questionable performances (though only City’s cost them points; Chelsea beat Everton handily, somehow keeping the game interesting after scoring twice in the first three minutes), and dropping points will at least start to throw their seemingly two-horse title race into doubt. Arsenal need to hang on and hope it all comes together. And Swansea, well, they get to be the fourth team in this paragraph. Realistically, that, and a mid-table finish, is probably the best they can hope for.

The Grantland NFL Podcast: Roger Goodell, Ravens-Steelers, and the Rest of Week 2