Before this weekend, I’d said that Liverpool had a perception problem. As it turns out, that’s what cost Brendan Rodgers his job.

Just hours after a fairly tame 1-1 draw with crosstown rivals Everton, Rodgers was shown the door, capping his reign at a few months north of three years. After handing him his walking papers, Liverpool’s owners, Fenway Sports Group, revealed that the decision had been made prior to the game and that not even winning at Goodison Park would have saved Rodgers’s job.

Did Rodgers deserve to go? For a team like Liverpool, where reality suggests a fifth- or sixth- place team but expectation aims for higher ambition, the answer’s a little more complicated than “yes” or “no.” 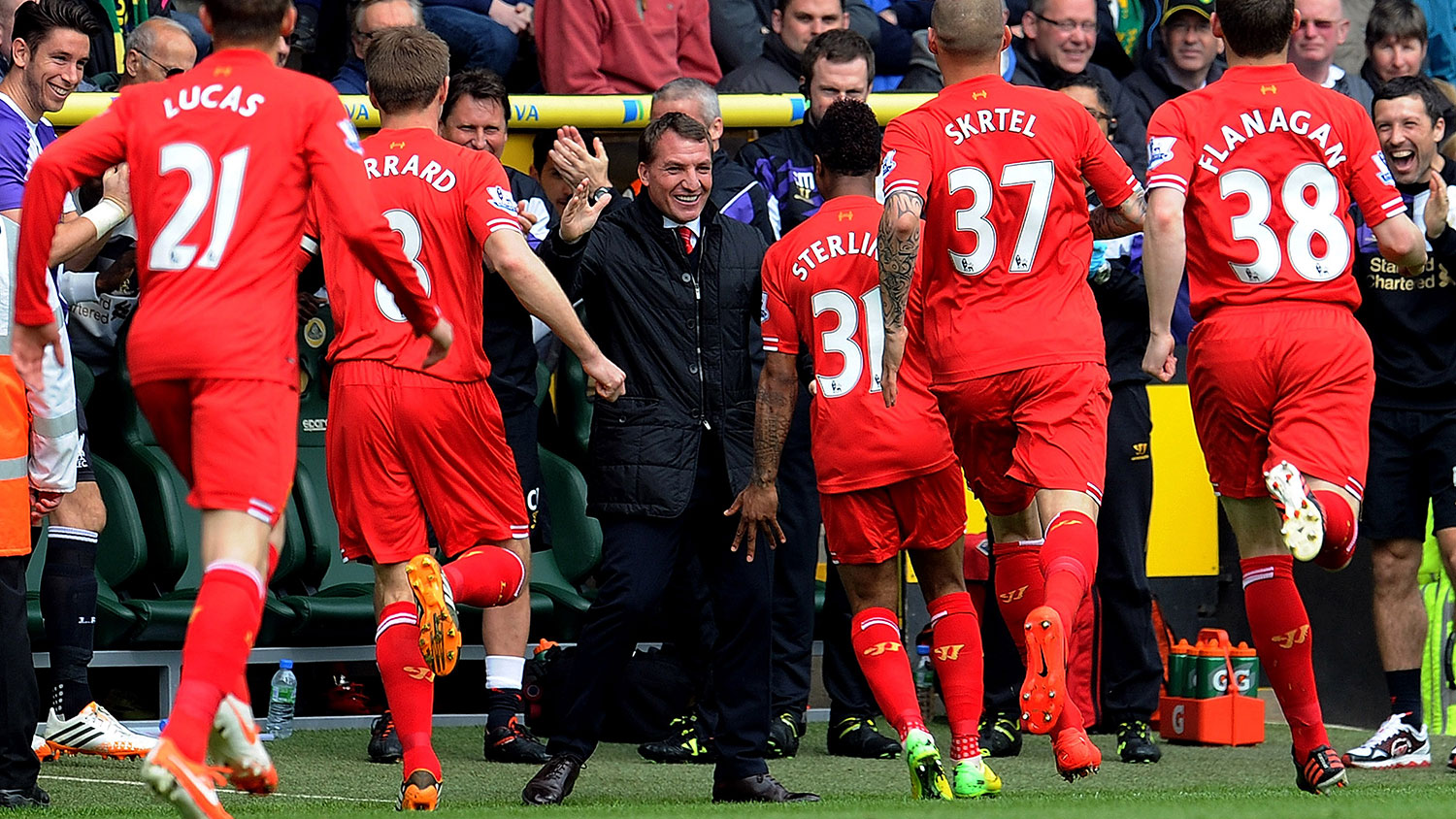 In a broad sense, the results look pretty good. A quick glance at the table shows Liverpool sitting a disappointing 10th, but at the same time, they’re only three points out of the Champions League places. Over the course of his three-plus years at Liverpool, Rodgers managed 219 points, the fifth most in the Premier League over that time period. And considering the team’s resources, that’s exactly where you’d expect them to be.

Of course, those points weren’t quite evenly distributed. Over three seasons, he bracketed a miraculous 2013-14 runner-up season with seventh- and sixth-place finishes. While the overachieving heights of 2013-14 are exactly what Liverpool wants and needs from a manager, after this year’s slow start, that season looks like a giant, goal-scoring fly in a much less thrilling ointment.

Liverpool have the payroll of the fifth- or sixth-best team in the Premier League, but they — not unreasonably — want to do better than that. Therefore, they need to be a club that embraces variance, not shies from it. Taking big swings — whether that’s gambling on little-known prospects in the transfer market, or playing an aging club legend as a deep-lying playmaker for the first time in his career — might get you stuck in eighth some years, but it’s also how you end up shocking the world on occasion. Plus, going from fifth to second (and into the Champions League) does a team a lot more good than whatever minimal harm comes from going from fifth to eighth.

This, essentially, is what Rodgers did — but it’s not clear that he’d ever be able to do it again.

Rodgers certainly falls into the “tactical tinkerer” category of manager. He’s shifted between back threes and back fours — sometimes in the same half. He has consistently moved players like Raheem Sterling and Philippe Coutinho around the field. In theory, that mind-set should be a good fit for a club that, by necessity, is constantly changing personnel. For two seasons in a row, they sold their best player and placed their faith in the infamous transfer committee to bring in replacements. Being more than happy to move pieces around the chessboard should be a requirement for the modern Liverpool manager.

Except if Rodgers’s time at Liverpool tells us anything, it’s that theory and practice often diverge. There’s simply no way to ignore the rumors of transfer power struggles that kept emerging behind the scenes. Rodgers, reportedly, kept pushing for Premier League–based players he was familiar with, while others in the power structure wanted to pursue a broader variety of targets. (The latter, assumedly, would also lead to more variance.) Now, those might have been mild issues at one point, but if the plan is to consistently sell your top-dollar players and reinvest, then it’s a major problem if your manager isn’t willing to use all the tools in the toolbox.

Plus, Rodgers seemed to grow more and more conservative after 2013-14. That year, he shifted the team to a 4-4-2 with Luis Suárez and Daniel Sturridge up top and a midfield diamond that included attackers Sterling and Coutinho. Liverpool then scored a club-record 101 goals. Yet, since May, they’ve scored more than one goal in a game … only twice. Maybe, then, the real version of Rodgers is a manager who can take Liverpool to somewhere around fifth place most of the time.

That, by itself, isn’t grounds for firing, but it’s not exactly a ringing endorsement, either. If Rodgers wasn’t prepared to take more chances — and outside of an eventually aborted experimentation with Sterling playing as a lone striker last year, he hasn’t been — Liverpool should look for someone who is. 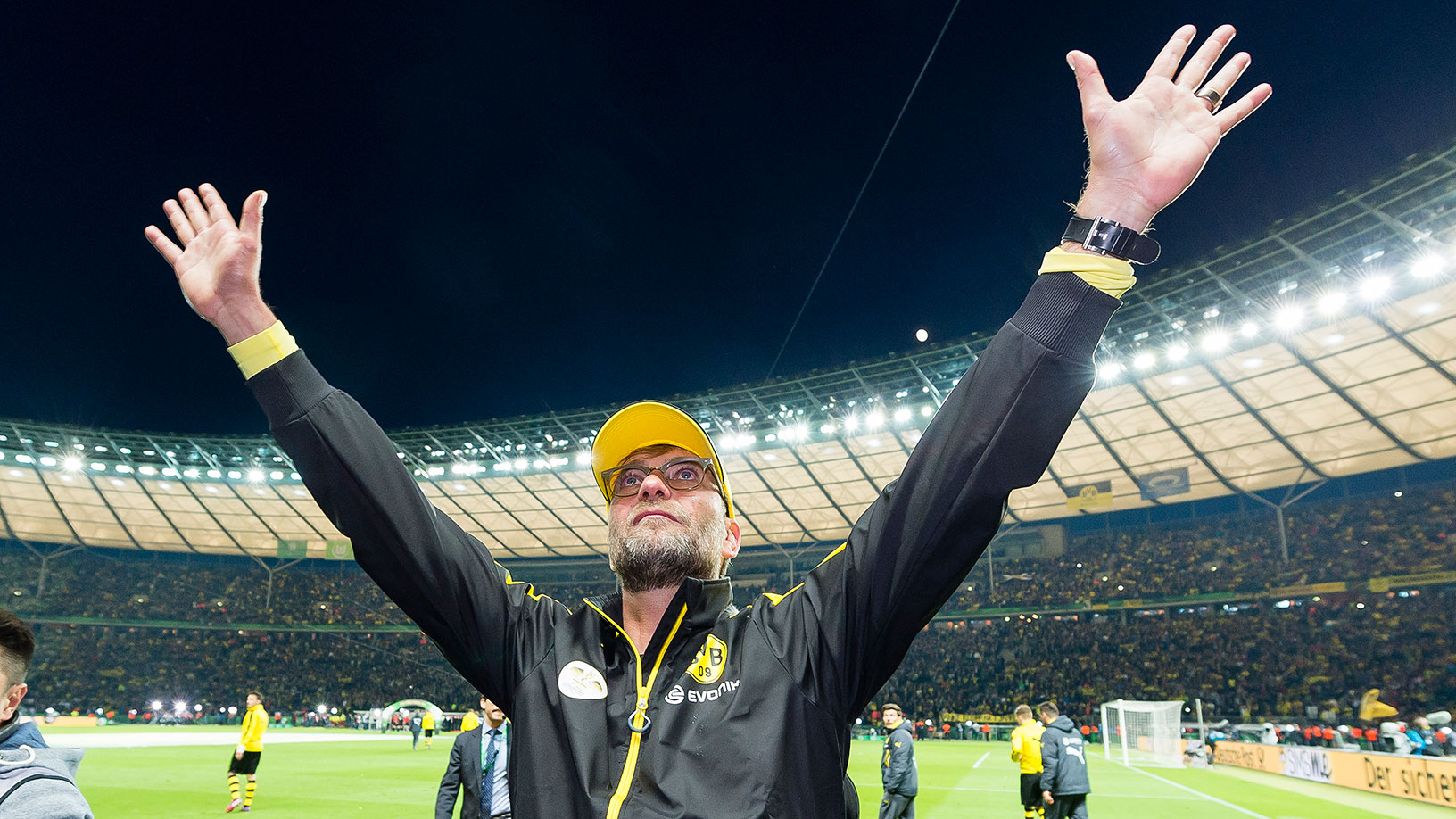 If the reasons seem sound, the major question is the timing. FSG decided to bring Rodgers back in the summer, so it’s hard to see what’s changed between then and now. The first eight games haven’t been great, but by no means have they been disastrous. Three points out of the Champions League places is competitive. And they’ve also been a little unlucky: Their anemic attacking output of eight goals is slightly below their 10.81 expected goals, and their 10 goals allowed is one over the expected amount.1 Those might seem like small amounts, but if you turned one Liverpool loss into a win, they’d be tied for fourth. You don’t have to squint all that hard to see their disappointing league position as nothing more than bad luck.

If a mildly disappointing start to the season was all it took for Rodgers to get fired, then FSG should have just bit the bullet at the end of last season. That way, whoever they brought in would have had the benefit of an offseason to work with the new team and also been able to contribute to the recruitment process. There are big names orbiting this vacancy — namely, Jurgen Klopp and Carlo Ancelotti, who are easily two of the 10 best working club managers — but both of them were free at the end of last season, too. If that’s the direction Liverpool wanted to go, then it’s hard to see how doing it now is better than doing it then.

So why now? Beyond the current international break, which means they have two weeks to appoint a new manager before their next game, it seems likely that Liverpool made the move because of some combination of the following: (1) They feared losing out on their preferred potential replacement if they waited any longer, and/or (2) their preferred replacement was unwilling to come in the summer but is suddenly willing to take the chance.

At this point, Klopp is the front-runner for the job, and he’d be the front-runner for almost any job. With Borussia Dortmund, he built the club up from mid-table and into a Champions League finalist — the same kind of leap that Liverpool are yearning for. It’s at least possible that the FSG hierarchy looked down the table to Chelsea, currently languishing in 16th, and decided that they’d better move now, just in case Jose Mourinho skips (or is forced to skip) town. It’s also possible that Klopp, again looking at Chelsea’s early-season woes, became more amenable to the job now that a wide-open race for fourth place, which didn’t look likely at the beginning of the season, has developed.

If FSG gets their man and Klopp (or even Ancelotti) comes to Anfield, the timing ultimately won’t matter. But if they don’t, and Liverpool have to settle for a third- or fourth-choice candidate, then “Why now?” will become the defining question of their season.