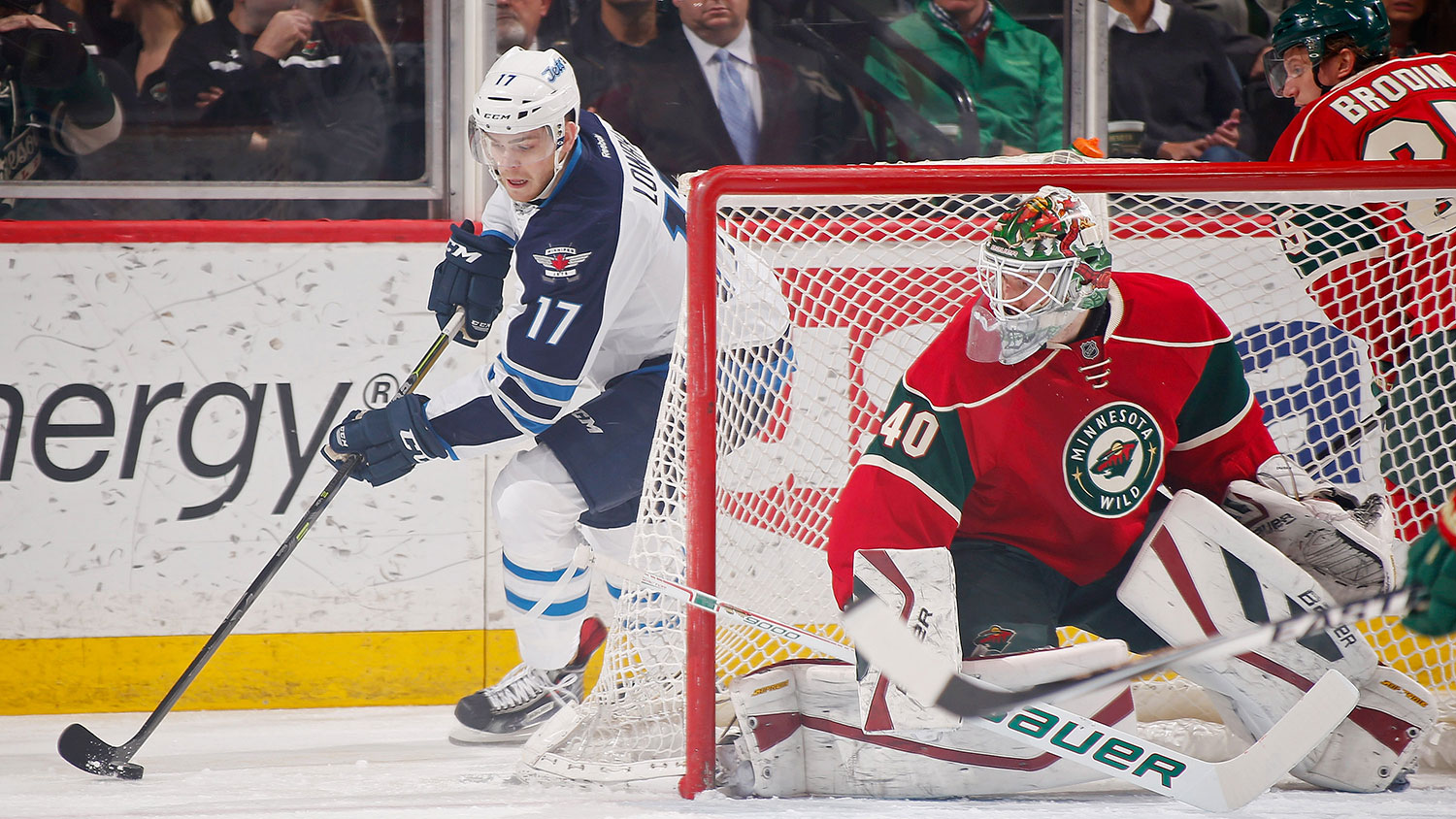 Tonight’s schedule features three games between Central Division opponents. Those games will go a long way to determining who gets the West’s final wild-card spot, who wins the division, and maybe even who wins the Presidents’ Trophy.

But even if none of that were true, you’d still want to be watching those games because this year’s Central Division is freaking good. How good? Consider the following:

• The division already features three 100-plus-point teams in Nashville, St. Louis, and Chicago, while the Jets and Wild could both join them.

• The Wild have been the best team in hockey since mid-January, yet still won’t finish any higher than fourth in the division and may drop to fifth.

• As of today, the division boasts four of the league’s top eight teams based on goal differential.

• There’s a good chance the Central will claim both Western wild-card spots and send five teams to the playoffs.

• Even the division’s two “bad” teams, the Avalanche and the Stars, aren’t disasters; both could still hit 90 points. The last-place Avs are currently 15 points better than the league’s next-best last-place team, the Hurricanes, and Colorado would rank ahead of four Metro teams.

• Perhaps most impressive of all, the division boasts four teams in the league’s top 10 overall. That’s a relatively rare feat; it’s happened only once since the turn of the century.

So sure, the Central is unquestionably the league’s best division this year, but what about all time? Could the 2014-15 Central belong in the discussion with some of history’s best collections of teams?

Today, let’s look back through the history books at some of the greatest divisions the NHL has ever seen. We’ll limit this to the last 40 years, which would take us to 1974-75 and the start of the four-division era.1 This is subjective and we’re not trying to create a definitive list, but here are some of the top groups the league has seen since then. 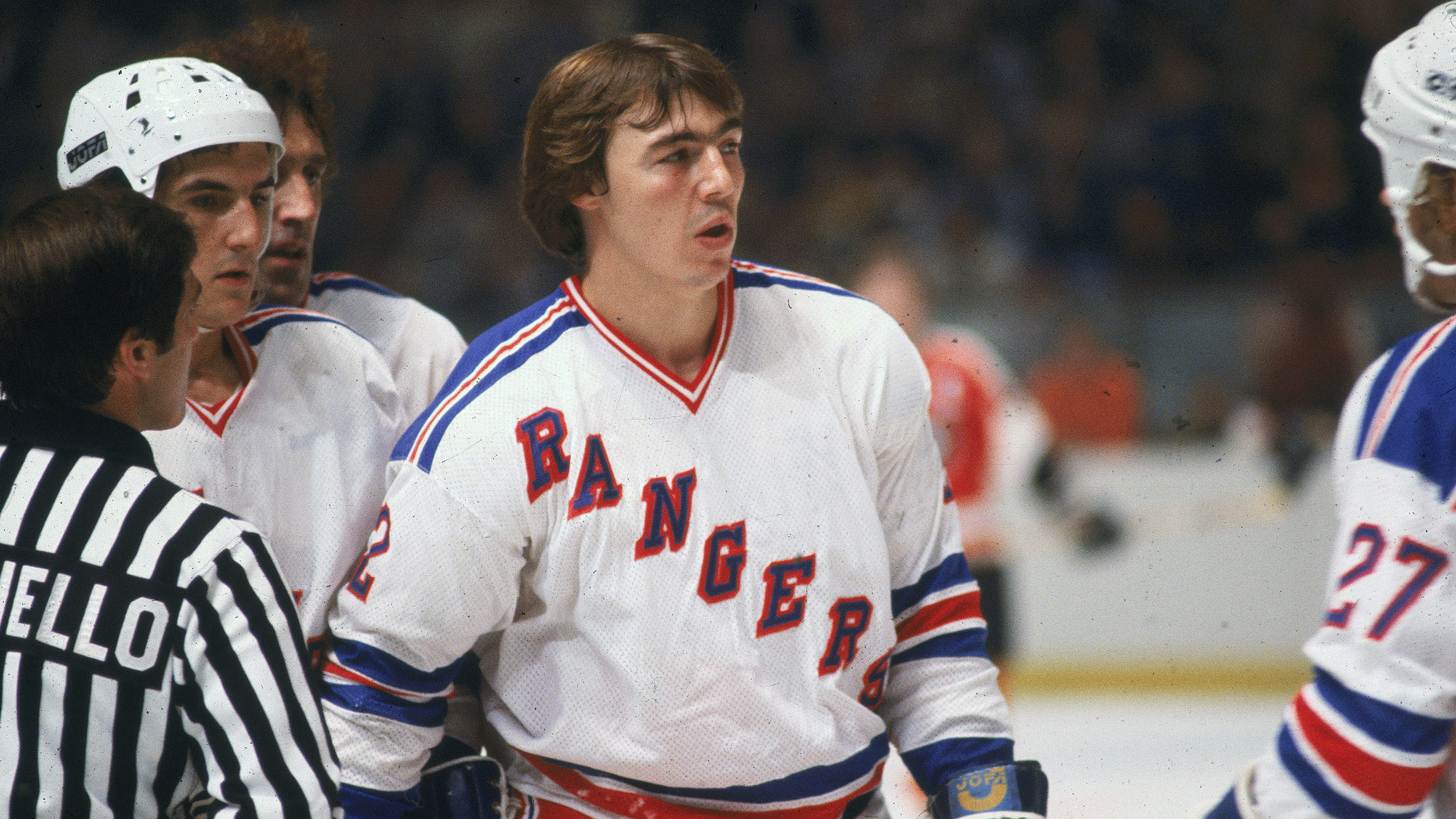 By 1978, the NHL was a 17-team league, featuring three divisions with four teams and one with five. Only six teams in the entire league hit the 90-point mark that year, and four of them came from the Patrick.

The division’s best team was the New York Islanders, who finished first overall with 116 points. This was the stacked Islanders squad — built around guys like Denis Potvin, Mike Bossy, and Brian Trottier — that was on the verge of becoming the league’s next great dynasty. They were trailed by the Flyers, who finished with the league’s fourth-best record at 95 points, and the Rangers, who ranked fifth overall at 91.

However, the division’s most interesting team was probably the Atlanta Flames. They posted 41 wins and a plus-47 goal differential, both of which were good for fourth-best in the entire league. Their 41-31-8 record gave them 90 points, good for sixth-best in the NHL but just fourth in the Patrick. That established a record that will almost certainly stand forever as the most points by a last-place team.2 It also earned them a spot in the best-of-three preliminary round, where they lost to the Maple Leafs in two straight.

Somewhat surprisingly, the Rangers emerged from the division, knocking off the Flyers in the quarterfinals and then upsetting the heavily favored Islanders in the semis before losing to the Canadiens in five games in the final. The Islanders came back strong the next year, and went on to win the next four Stanley Cups.

As for the Flames, they lasted only one more season in Atlanta before moving to Calgary in 1980. Speaking of Calgary …

You’d expect the 1980s Smythe to show up on this list. From 1982 through 1990, the Smythe sent a team to the final every year and won the Stanley Cup six times. The division also claimed the first four Presidents’ Trophies, beginning with the honor’s introduction in 1986. Those were all won by the division’s two most dominant teams, the Edmonton Oilers and Calgary Flames, and the Battle of Alberta also doubled as the battle for NHL bragging rights for years.3

The 1984-85 season was probably the Smythe’s best, as the division featured three of the league’s top five teams. Naturally, that included the two usual suspects: The Oilers finished with 109 points, the second-best total in the league, and the Flames put up 94, good for fifth.

But sandwiched in between those two powerhouses was the best Winnipeg Jets team of all time. They finished with 96 points, good for fourth-best in the league and still the most in the franchise’s NHL history. (The current Jets could tie the mark tonight.) In fact, in the 17 years that spanned the Jets’ first foray into the league, ’84-85 was the only season in which they managed to top the 90-point mark.

Even the fourth-place Kings finished over .500, posting a respectable 82 points.4 Only the Canucks were a weak link, finishing 18th in the 21-team league with 59 points.

The Jets managed to beat the Flames in the first round, winning a playoff series for the first time in franchise history, but the Oilers emerged from the Smythe in 1985, going on to win the Stanley Cup for the second straight year.

We’re still in a 21-team league at this point, but an age of parity had set in. Only one team cracked 100 points this season: the Boston Bruins, who squeaked in with 101 to win the Presidents’ Trophy behind future Hall of Famers Ray Bourque and Cam Neely. Just behind them sat the Flames, who put up 99 points and ranked second in the league, and the Sabres, who put up 98 and ranked third (with most of the same roster they’d had during their weirdly fascinating 1988-89 season).

One year removed from an appearance in the Stanley Cup final, the Canadiens finished the season with 93 points, good for fourth in the league but just third in the division. And then there were the Whalers, who put up a respectable 85 points, seventh-best in the league and good enough for first place if they’d been in that year’s Patrick, but only for fourth in the Adams.

So how did all those teams rack up so many points? Well, we haven’t mentioned the fifth team in the division that year. That would be the Quebec Nordiques, who put up one of the very worst seasons in the history of the league, going 12-61-7 for just 31 points — less than half what the second-worst team in the league put up.5 With this weakling to kick around eight times a year, maybe we should put an asterisk next to the ’89-90 Adams powerhouses.

The Bruins emerged from the division, advancing to the Stanley Cup final, where they lost to Mark Messier and the Oilers for the second time in three years. 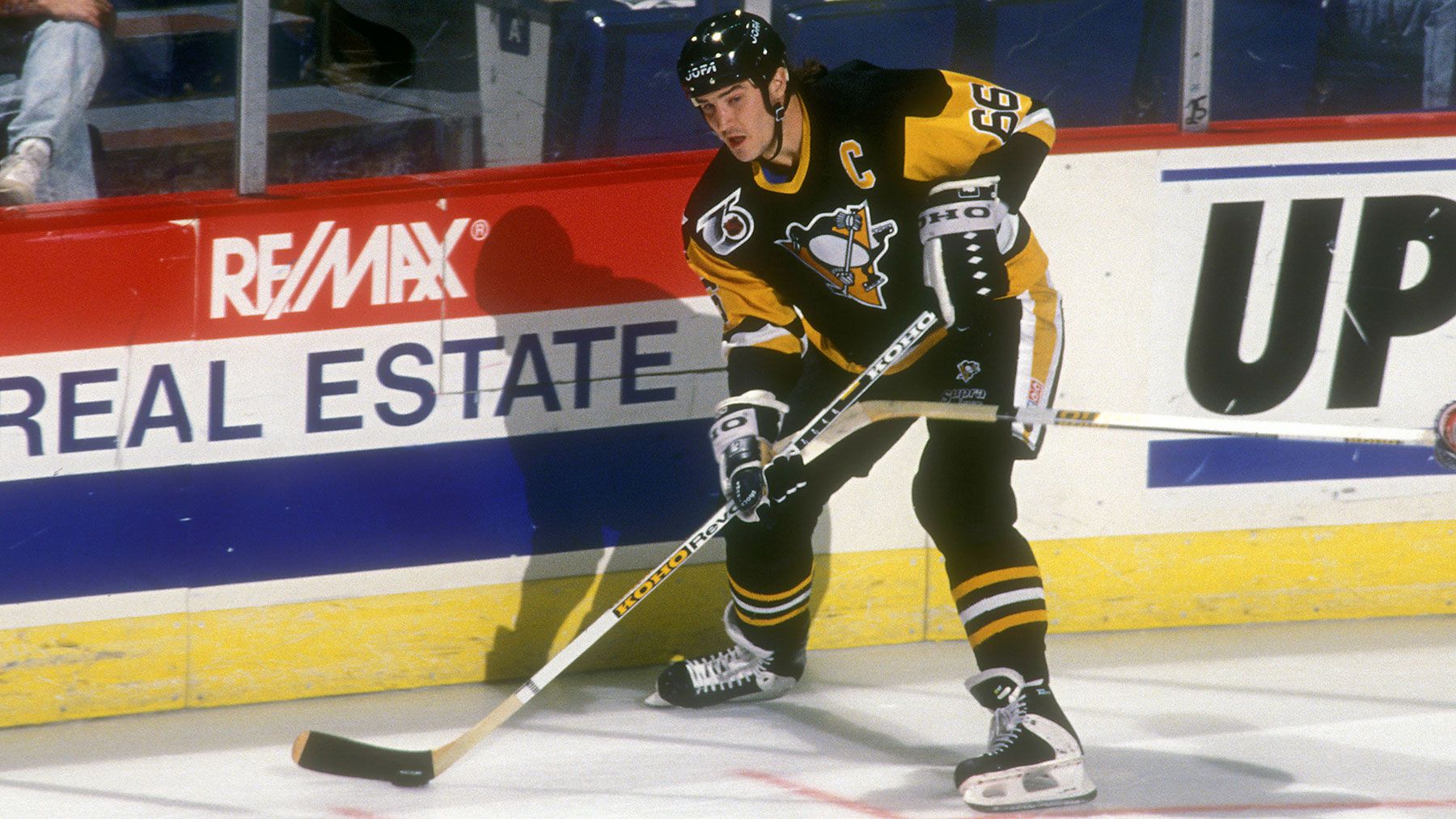 The Presidents’ Trophy went to the Rangers with 105 points, while the Capitals put up 98 points to finish tied with the Red Wings for the league’s second-best total. And two more Patrick teams, including the New Jersey Devils, tied for the league’s sixth-best overall record at 87 points. That was a big deal in New Jersey, as it represented the best regular season in the club’s then-18-year franchise history, which also included stops in Colorado and Kansas City.

As for that other 87-point Patrick team, they were pretty good, too: The defending champion Pittsburgh Penguins would go on to emerge from the division and win their second straight Cup. In fact, once they edged out the Capitals and Rangers in the opening two rounds to emerge as Patrick champs, the Pens didn’t lose a game to the rest of the league, sweeping the Bruins and Blackhawks en route to a title.

Even the division’s two worst teams were respectable, with the Islanders putting up 79 points and the Flyers managing 75, as both would have made the playoffs in two of the league’s other three divisions. And in hindsight, this ’91-92 Patrick looks even more impressive than it did at the time. The Penguins kept rolling, winning the 1993 Presidents’ Trophy by 10 points before being shocked by the Islanders in the playoffs. Then the Rangers won the Stanley Cup in 1994, and the Devils did the same in 1995.

With the league up to 26 teams, divisions had begun to get big, so the odds of having one stacked with strong teams started to fade. The Central6 featured six teams, including two bad ones (Chicago and Toronto) and one mediocre one (Phoenix, who finished .500). But the division’s top half made up for it by being ridiculously good; all three teams ranked in the league’s top four.

The Red Wings came into the season as the defending champs, and their 103 points were good for third overall. But it wasn’t enough to catch the Dallas Stars, who won the first of what would be back-to-back Presidents’ Trophies with a 109-point season. The Blues weren’t far back, finishing as the NHL’s fourth-best team with a 98-point season.

Thanks to the league’s new conference-based playoff seedings, the Central’s big three avoided each other in the opening round of the playoffs, and all three advanced. The Wings would knock off the Blues in round two, setting up a showdown in the conference final with the Stars. Detroit won that one in six, then cruised to an easy win in the Final to earn their second straight Stanley Cup. The Stars would get some revenge the following year, earning the franchise’s first championship, and the Central’s third straight.

We’ve got one entry left to cover, and you’ll note that we’re about to take a big jump forward. There’s a reason for that: In the 1998 offseason, the NHL underwent a major realignment, moving to a six-division format for the first time in league history. In a 26-team league, that makes it tough for any one division to dominate. That first season, four teams from the Northeast did manage to finish in the league’s top 10, but it wouldn’t happen again for 13 years.7 There were some good divisions during this era, to be sure, but none that really stood out above the others. Except for two …

At this point, the league was up to 30 teams and still running a six-division format, and it had been 13 years since any one division placed four teams among the league’s the top 10. But in 2011-12, it somehow happened twice, as two divisions supplied eight of the league’s 10 best teams.

In the Atlantic, the Rangers earned 109 points, edging out the Penguins by a single point to win the division, while the Flyers and Devils also both cracked the 100-point mark. In the Central, the Blues posted 109 points of their own to take the top spot, followed by the Predators (104), Wings (102), and Blackhawks (101). That’s eight 100-point teams; the league’s other four division and 20 teams combined for just two, and both the Southeast and the Pacific were won by teams that would have finished fifth in the Atlantic or Central.

These kinds of ridiculously imbalanced results should probably border on the impossible, and will almost certainly never be seen again, as the league dropped the six-division format in 2013. If you know anything about how cruel the hockey gods can be, it won’t surprise you to recall that, in this year of unprecedented dual dominance from two different divisions, the 2012 Stanley Cup champion didn’t come from either. Instead, it was the Pacific Division L.A. Kings, who finished 13th overall, made it into the playoffs as the West’s eighth seed, then rolled through the playoffs to claim the title.

Fans of this year’s Central may want to keep that lesson in mind. Just because you’re loaded with regular-season bullies doesn’t mean you won’t be the one getting sand kicked in your face once the playoffs start.