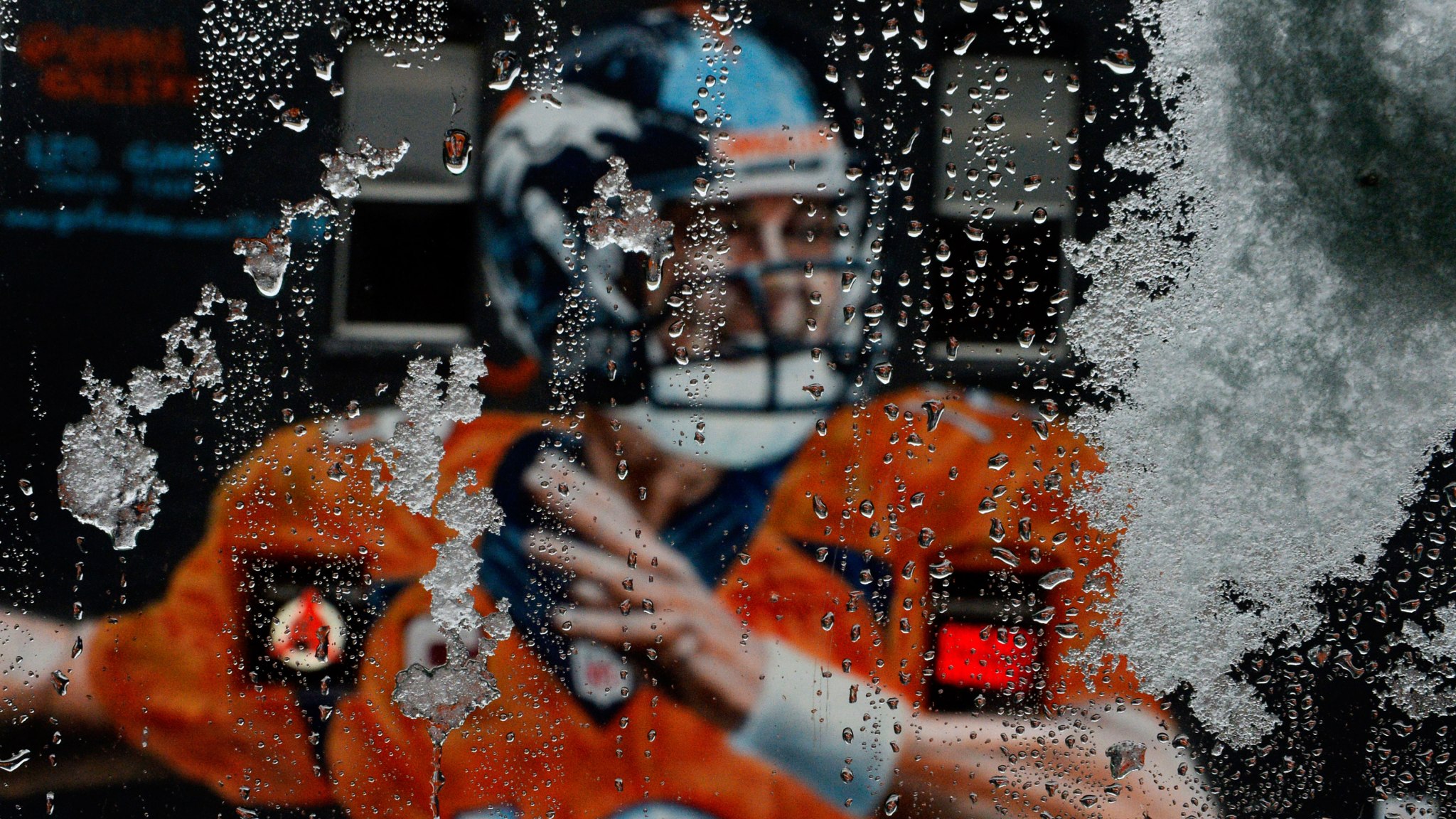 Over the course of the NFL regular season, quarterbacks threw more than 19,000 passes. When you map out those passes along with completion percentage, this is what it looks like: 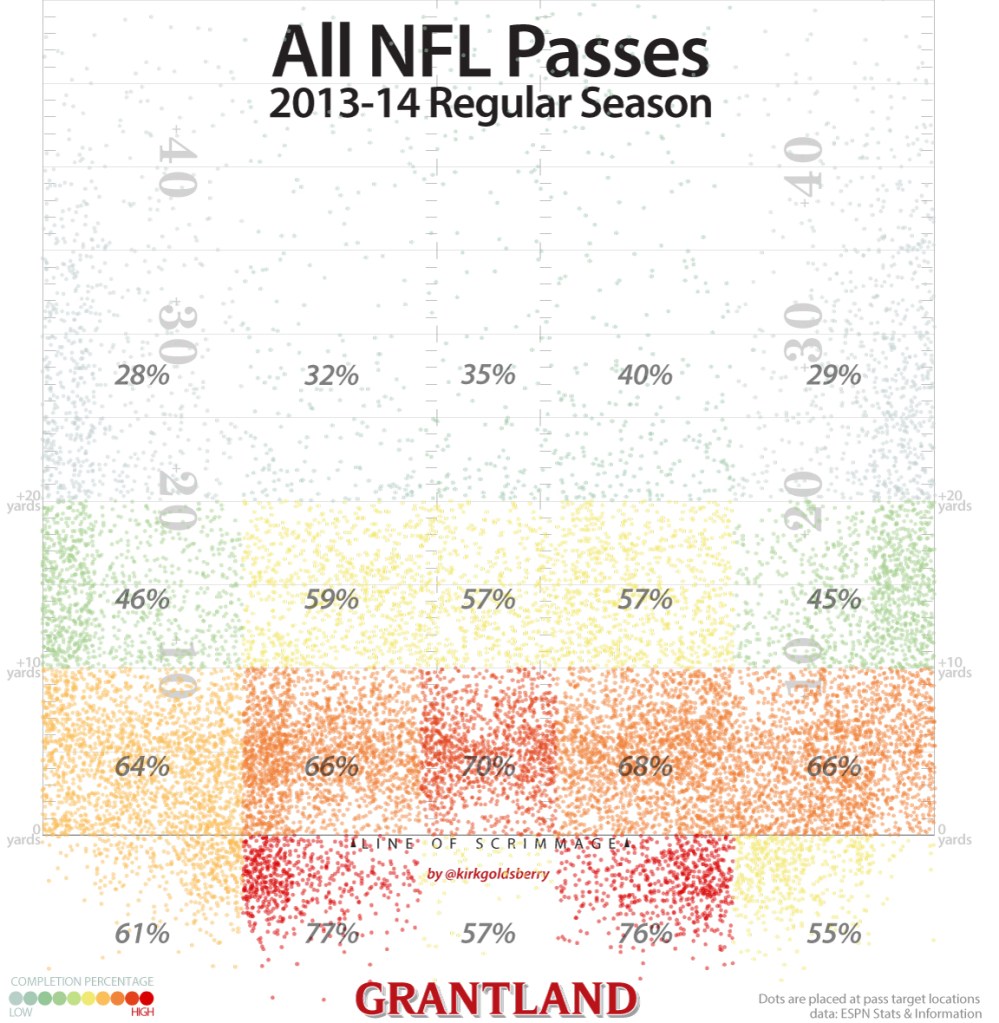 Of course, throwing a pass and having a receiver catch it is not that simple. It’s hard to think of two stronger influences on completion percentage pulling in opposite directions than Peyton Manning and Richard Sherman, and it’s their two teams — the Broncos and Seahawks — that will suit up this Sunday in Super Bowl XLVIII.

Owing perhaps to his limited arm strength after multiple neck surgeries, Manning loves to throw the ball short. As a whole, almost exactly half of NFL throws target players between the line of scrimmage and 10 yards downfield, but 55 percent of Manning’s throws this season targeted receivers in this area. He was wildly successful on those throws, completing 73 percent of his targets, while throwing 28 touchdowns against just three interceptions. As a general rule, Manning throws passes more frequently to the left side of the field than he does to the right, but that’s not uncommon for a right-handed quarterback. His favorite target area is the Welker Zone, the left side of the field between the hashes and the numbers. But he’s most efficient closer to the left sideline, where he completes almost 80 percent of his short-range passes.

He has been less effective downfield. When Manning throws the ball 20 or more yards in the air past the line of scrimmage, his completion percentage drops to 43 percent. That’s not surprising and it’s actually still way above the NFL average of 32 percent, but four of his 77 attempts in the deep area have resulted in interceptions. 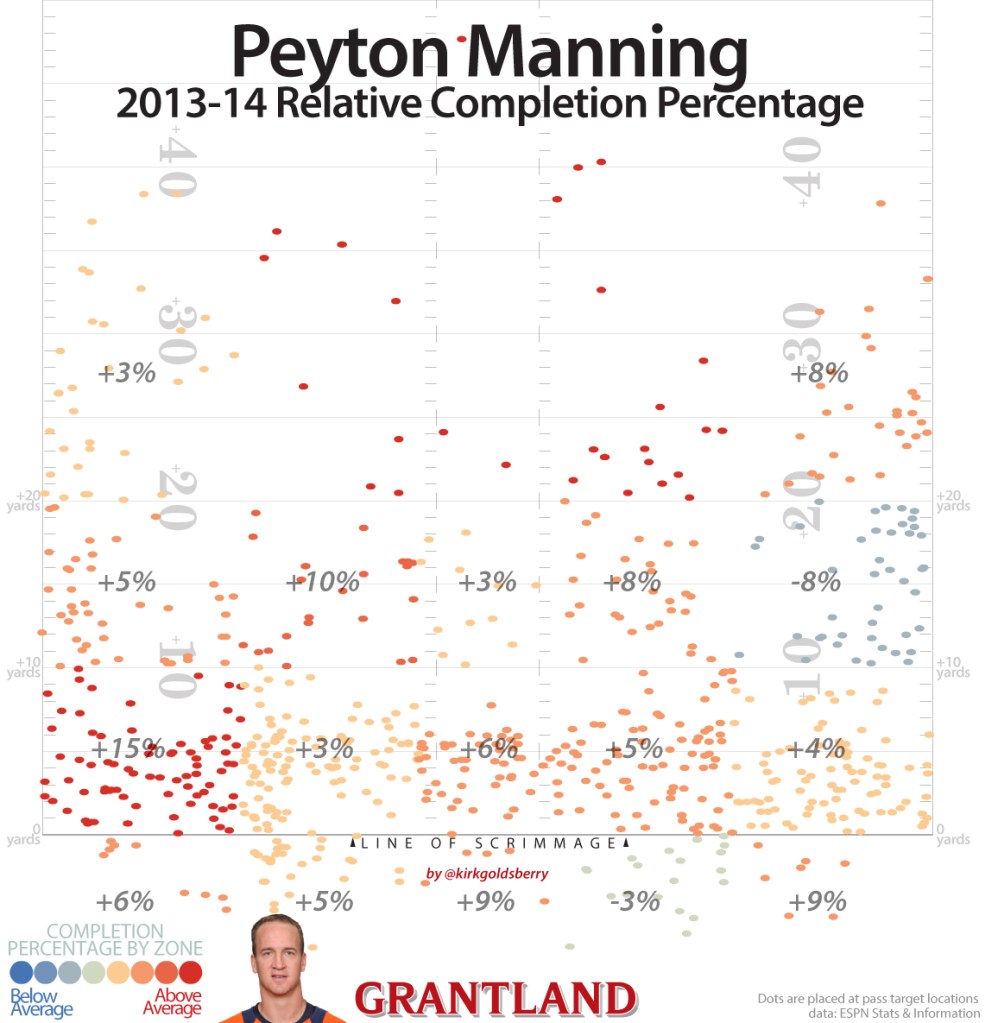 Manning completed 68.3 percent of his 659 passes this year, the third-highest completion percentage of his career.

On the whole, Manning’s an efficient, above-average passer to every zone of the field except for one: the right sideline. That’s where Richard Sherman lives. You may have seen him in the news last week, but Sherman leads the league’s most terrifying secondary, a unit that specializes in making professional quarterbacks look terrible at their jobs.

The Seattle pass defense was awesome all year. It’s the only team to give up less than 3,000 total yards, and the only team to allow less than six yards per attempt. It led the league in interceptions and ranked second in passing touchdowns allowed. Seattle led the league in pass defense DVOA by a comfortable margin, and opposing quarterbacks put up a passer rating of 63.4, by far the lowest mark in the league. In fact, that number would have been the lowest mark of any qualifying quarterback this year!

Quarterbacks playing against the Seahawks produce a passer rating that is four points below Geno Smith (66.5), who had the lowest passer rating among qualifying quarterbacks. It’s six points worse than Eli Manning’s passer rating (69.4) from 2013. In other words, the Seahawks turn their opponent’s passing game into something fans in the Meadowlands are used to booing off the field: 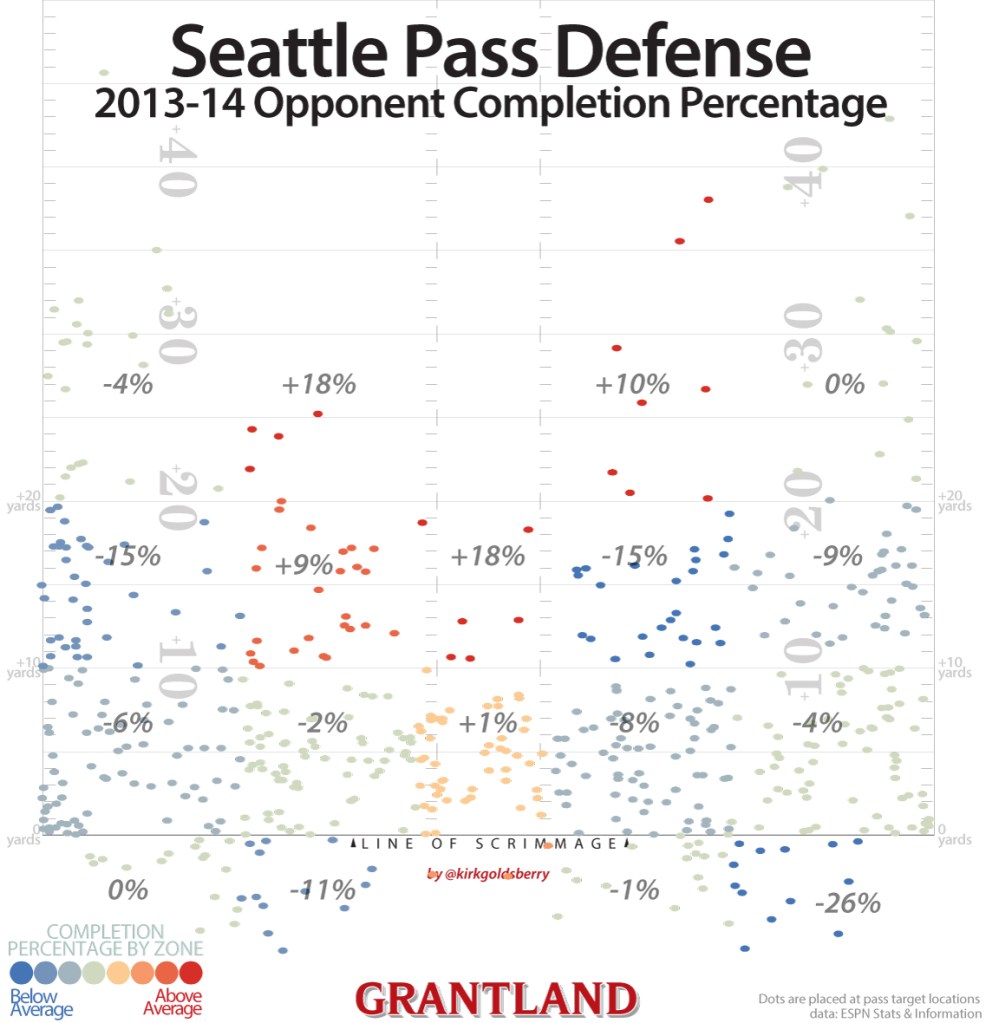 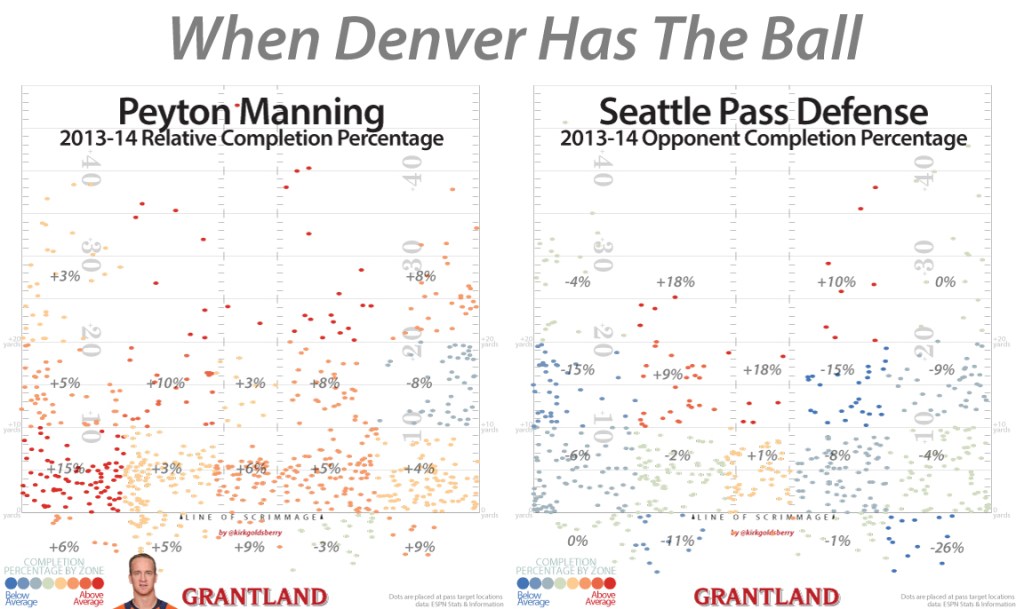