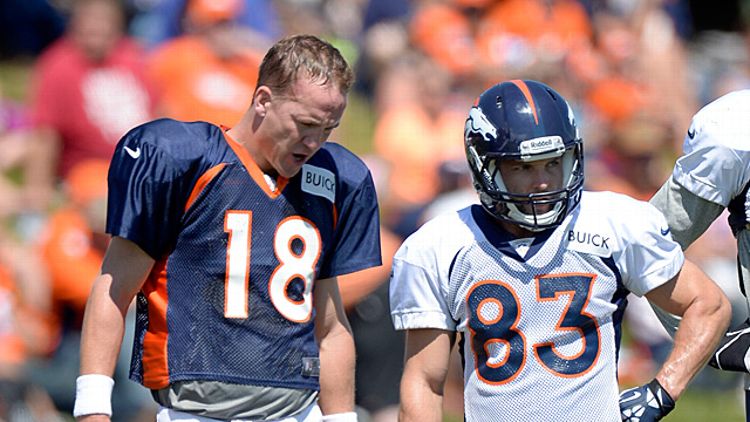 Peyton Manning had the best passing performance of Week 1. This is not really up for debate. He threw for seven touchdowns, tying an NFL record, along with 462 passing yards. And despite throwing the ball 42 times, he threw no interceptions. Manning simply shredded the Baltimore defense, making a huge statement on the first night of the brand-new season. Here’s his passing chart from Week 1: 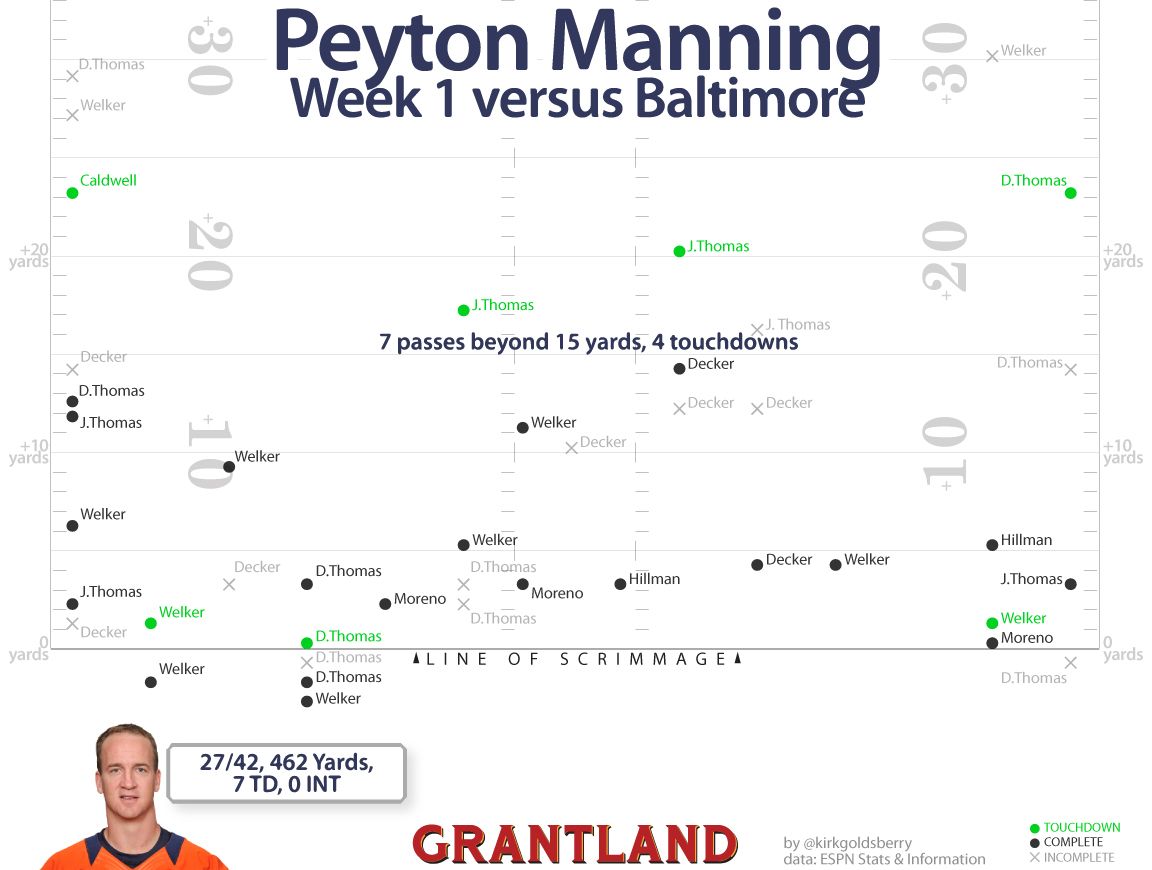 Although a vast majority of Manning’s passes last Thursday were fairly short, when he did throw long, the Broncos had incredible success. Only seven of his 42 attempts were targeted beyond 15 yards, but four of those throws resulted in touchdown passes.

It used to be that NFL teams used the run to set up the pass. But now, some teams use short throws to set up long throws. Manning remains an incredible short passer, and the recent addition of Wes Welker, one of the league’s premier targets on short pass patterns, has only made him better. Manning targeted Welker 11 times in Week 1, completing nine of those passes. 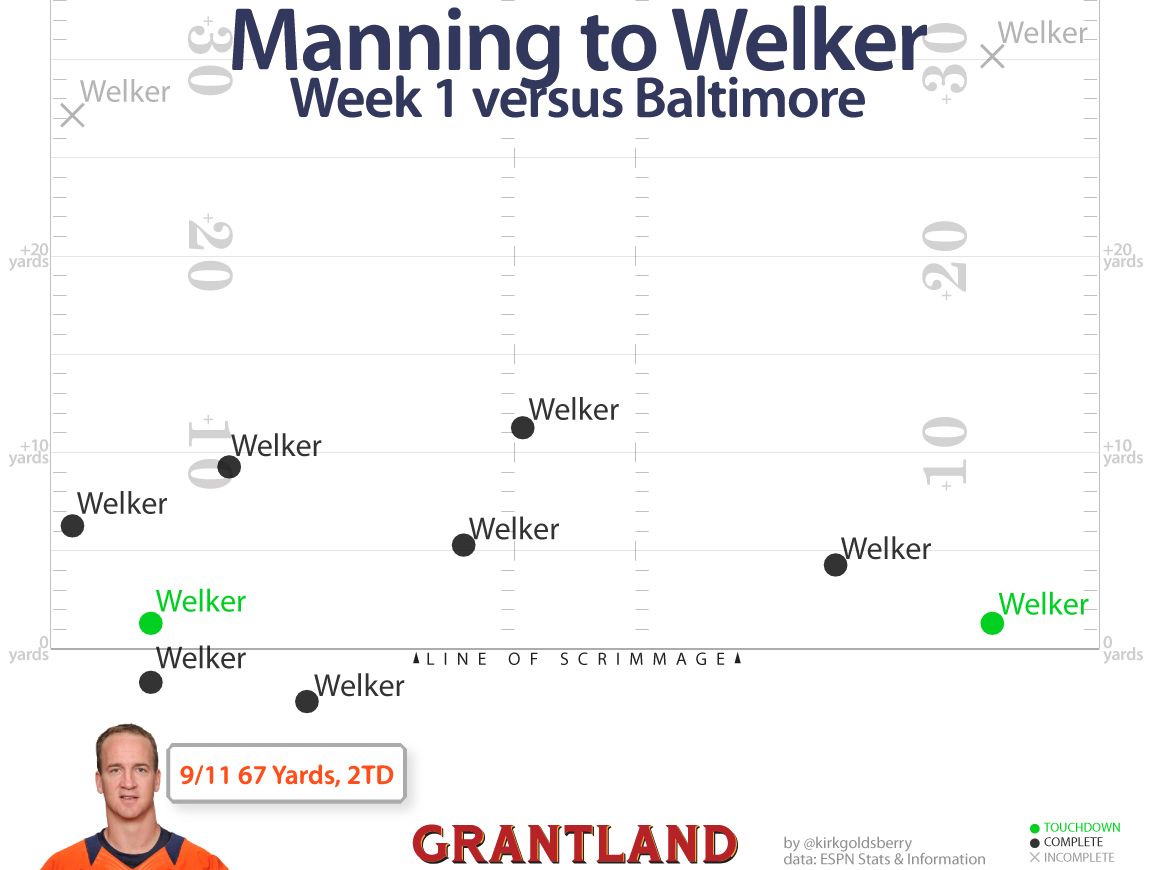 The only two Manning-Welker incompletions were both very long attempts, and as Patriots fans can tell you, Welker sometimes has trouble catching those balls deep down the sideline. When he targeted Welker in his native habitat inside 15 yards, Manning was 9-for-9 for 67 yards and two touchdowns. That’s pretty good. Most of these throws went to the left; only two went right. This isn’t a surprise. Last season in New England, Tom Brady led the NFL in passing attempts in three areas, including the two zones on the left side of the hashmarks immediately in front of the line of scrimmage. 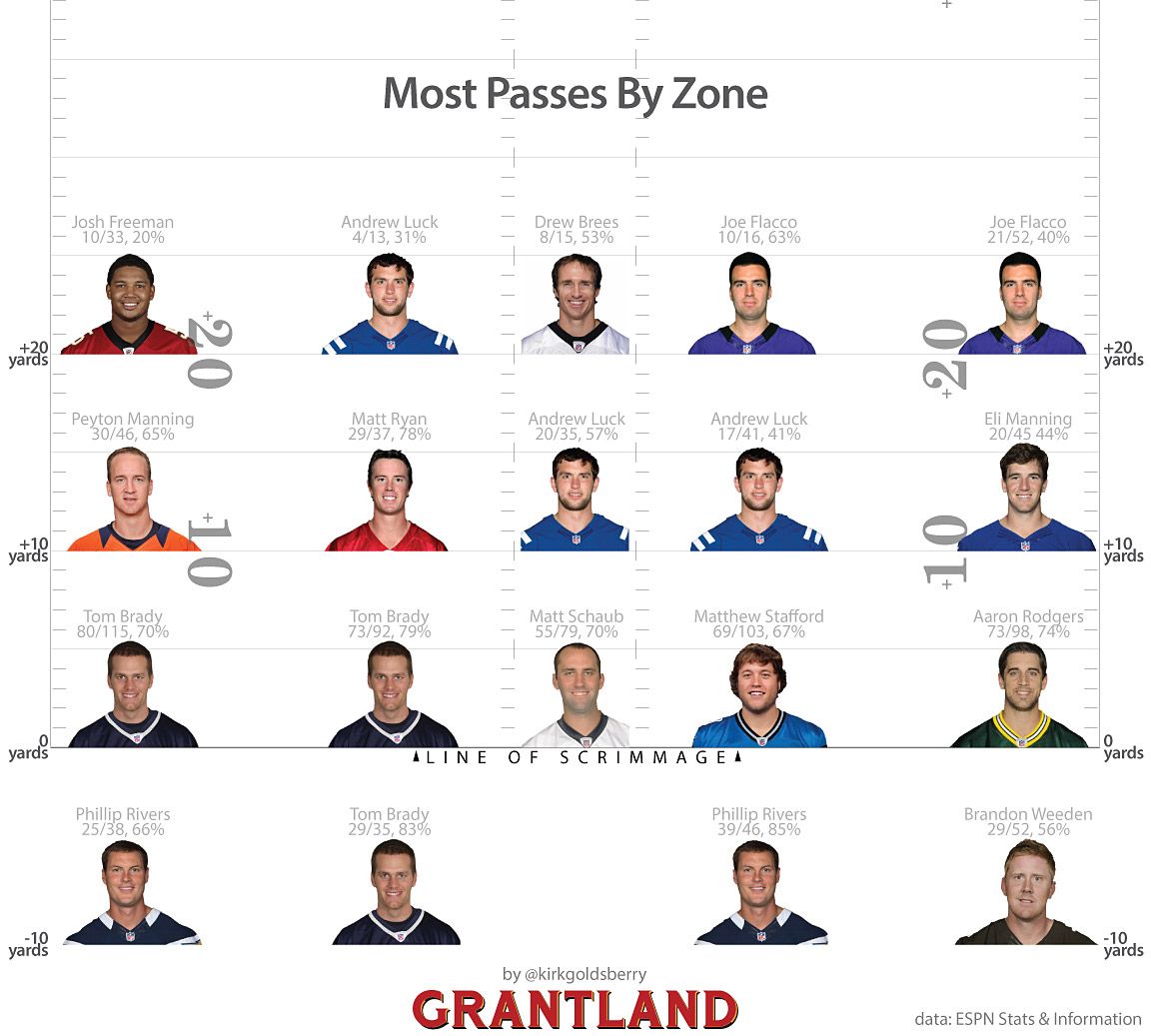 Not all of those short-left Brady attempts went to Welker, but many did. This year, it’s Manning who gets to feed Welker in that space, which not only makes Manning better, but also opens up more chances in different areas for other Broncos receivers like Demaryius Thomas and Julius Thomas, who each grabbed two touchdowns in Week 1. Just like a great midrange shooter in the NBA can serve as a vital spacing agent for his offense, Welker’s ability to buzz around linebackers demands a lot of defensive attention. In turn, this makes life easier for his teammates.