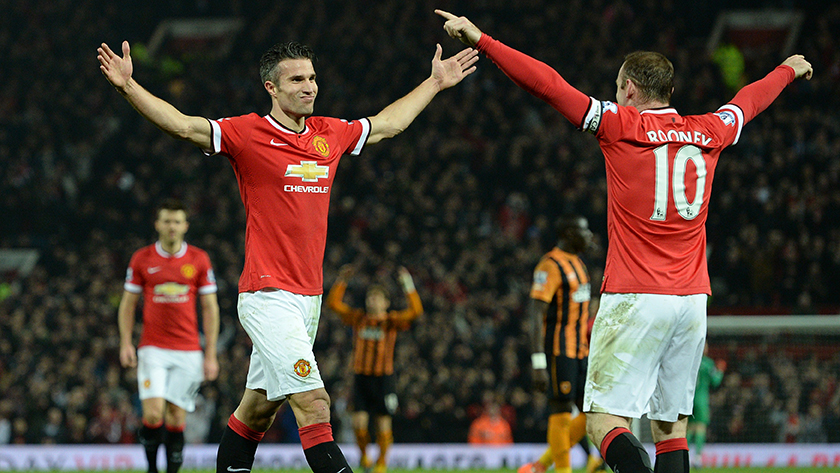 Look at you, Manchester United, just casually sitting there in fourth place, as if that horrendous start to your season weren’t even a thing. After dismembering Hull City, 3-0, this weekend, United are now the proud owners of a three-game winning streak for the first time in 11 months. The easy victory comes after one-goal victories at Arsenal and at home against Crystal Palace. So, is United nearing the end of an 18-month-long post–Alex Ferguson tunnel, or is that light just another misleading string of results, like last December, when a David Moyes–led squad beat West Ham, Norwich City, and Hull City in the space of a week?

It’s tempting not to put a lot of stock in this latest string of results. Hull City might be the worst team in the Premier League, and are certainly going to be battling relegation all season long. Before that, United beat Arsenal despite getting two shots on target and conceding nine; United took the lead thanks to an own goal and added to it when Arsenal threw men forward in an attempt to catch up. The match that got the run started was against a decidedly subpar Crystal Palace side, although United put in a dominant performance, even if it took them more than an hour to finally break through and score the winner.

But, two good performances against bad teams and a fortuitous win against a good club is still miles ahead of where United were a few months ago. Perhaps the most telling thing Saturday was how United lined up. With Hull offering no sustained attack, Louis van Gaal opted to go with two wingers playing as full-backs (Antonio Valencia and Ashley Young) and two hybrid defenders (Chris Smalling and Marcos Rojo) in the middle of defense. In further disdain of Hull’s attack, Van Gaal had Michael Carrick play in his natural midfield position, rather than as a third central defender.

These are the kinds of calls Van Gaal’s been making all season for United, and they have been backfiring. United have been able to attack or defend, but not both.

Against Burnley, at the end of August, Van Gaal started three center backs, playing between Young and Valencia, and the team generated seven shots in a moribund draw. That was the last we saw of the back five until Arsenal. Two games after the Burnley match, on the road against Leicester, the back four gave up 15 shots and five goals to another team that looks set to be in the relegation battle. If the recent Arsenal match shows anything, it’s that the problems with the back five remain. When United set up with three central defenders, they simply do not generate enough of an attack. That might be why Van Gaal had almost completely phased it out before facing the Gunners. In matchups against Manchester City and Chelsea, the back four was the preferred lineup. 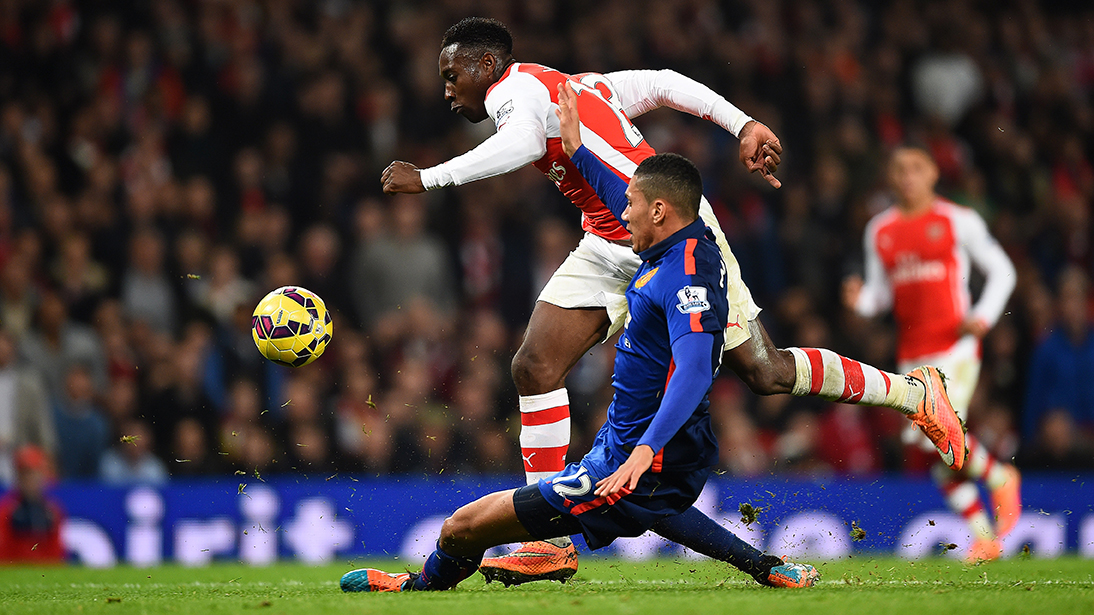 United seem increasingly able to defend against mediocre sides while only playing a back four. This is an encouraging sign. Hull managed only four shots despite trailing from the 16th minute. Crystal Palace only got six. And while those two teams are 20th and 17th in the league, respectively, in taking shots, they still average 9.15 and 10.31 shots (all stats courtesy of ESPN Stats & Info). And that trend isn’t restricted to just those two games. Since that Leicester City match, Arsenal are the only team that has bettered its average shot total while playing United. That’s seven of eight matches, including ones against Manchester City and Chelsea.

Defensively, there are real signs of improvement, and that’s despite an ongoing injury crisis. United have started seven players at center back, three at left back/left wingback and three at rightback/right wingback. Van Gaal is notorious for strenuous training methods, and maybe some of those injuries are because of these sessions. But United seems to be defending better, despite the injuries.

The attacking side seems to be an exercise in finding the right combination of expensive stars to complement each other. With Ángel Di María, Wayne Rooney, Robin van Persie, Radamel Falcao, and Juan Mata, United have five high-priced pieces and no consistent, coherent way to put them together (a problem further amplified if you include prospects Adnan Januzaj and James Wilson).

Until Di María went down with a hamstring injury, he and Rooney were the two major offensive forces, ranking first and second on the team in both shots and chances created. Van Persie, meanwhile, who has played 12 of the team’s 13 games, seems increasingly limited. The once prolific striker is still shooting a fair amount — 2.5 times per 90 minutes — and he can still do this:

But Van Persie isn’t consistently involved in the play anymore. He’s averaging only 15.32 touches in the final third per 90 minutes — half as many as Di María’s 32.08, and nearly as far behind Rooney’s 28.00.

Still, whether for health reasons or selection choice, those three are ever present, and everybody else seems to slot into the team around them. That means a lot of shifting formations. Di María has played everywhere from the midfield to the wing to striker alongside Van Persie. Rooney has been mostly central, sometimes as a striker next to Van Persie, sometimes behind Van Persie and Falcao or Di María. Similarly, Mata has been forced to fill in the spaces. On Saturday, that meant starting in the midfield behind Van Persie, Rooney, and Di María against Hull’s non-attack. Frequently, though, it’s meant that the former Chelsea star has been the odd man, forced to the bench when Rooney starts as an advanced midfielder.

The constant tweaking has rendered United a somewhat average attacking team despite their high-priced personnel. They don’t generate a ton of shots — 14.46, seventh-most in the league — nor are those shots especially high quality. Their average shot distance is 19.7 yards, worse than the league average of 19.5 yards. It’s no surprise that their expected goals per game is only 11th-best in the league, at 1.36. Examine the numbers starting after the Burnley match, when Van Gaal largely ditched the back four, and they improve slightly. You see a jump to 15.7 shots and 1.48 expected goals. United have begun to shoot more, but not from appreciably better positions, and their average shot distance actually rose to 19.9 yards. If there’s improvement here, it’s a lot less apparent than on the defensive side of the ball.

After an extremely rocky start, it seems like issues on defense are beginning to resolve themselves. Van Gaal’s defensive philosophies seem to be taking hold, and he no longer has to actively sacrifice any semblance of an attack to achieve those goals. For a team that started off the year with poor results — against the likes of Burnley, Leicester City, and League One side MK Dons — comfortably beating the Crystal Palaces and Hull Citys of the world is a step in the right direction. If United can partner what they’ve already done with improved output from their attacking stars, then they’ll be in contention for a Champions League spot at the end of the season. Given how the squad looked over the first two months, that’s a lot of improvement indeed.