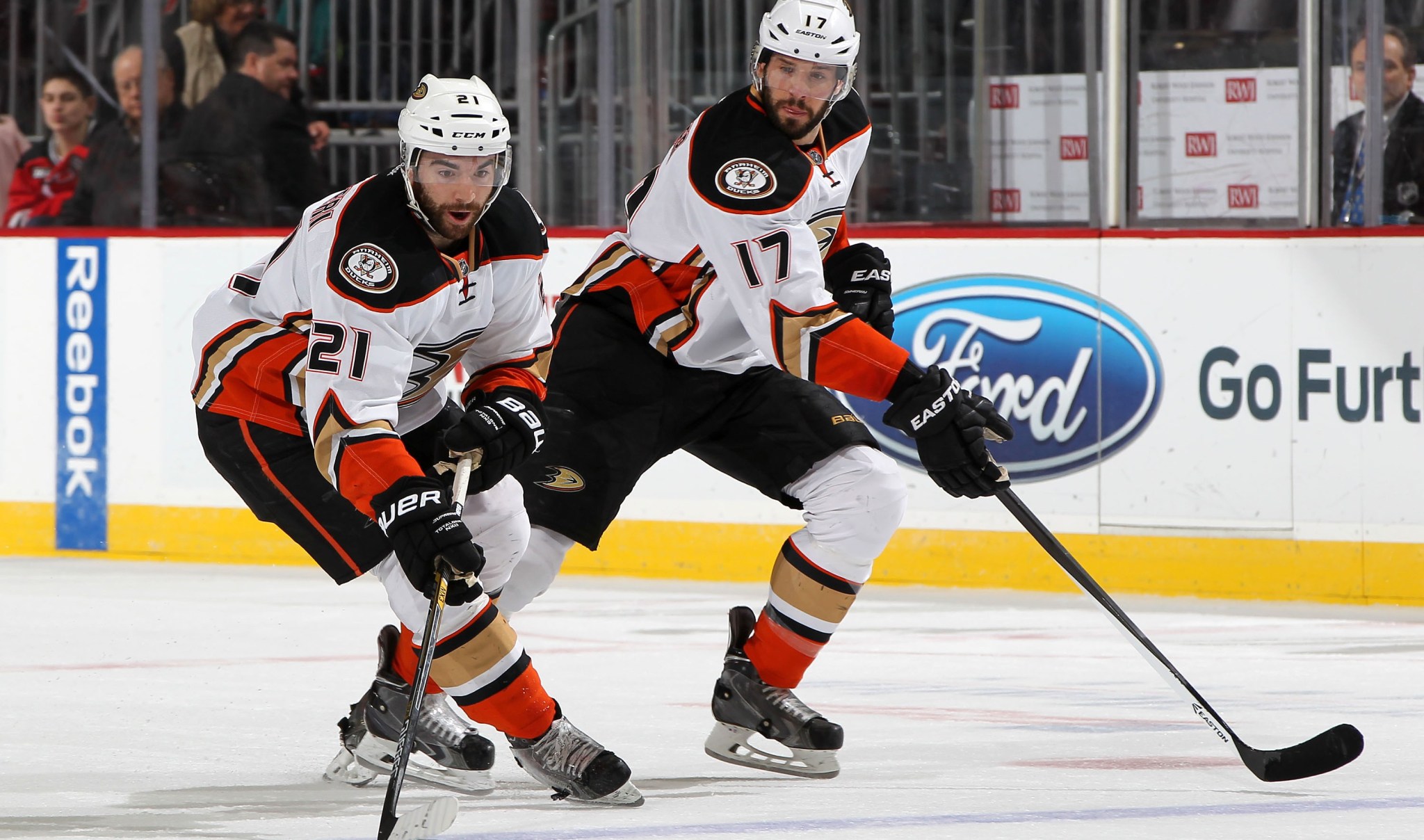 Theme of the Week: X Marks the Spot

This weekend marked a big milestone in the NHL season, one that fans look forward to every year: the day the X starts showing up on the league’s standings page.

That would be the X that signifies that a team has mathematically clinched a playoff spot. It showed up for the first time on Sunday, next to the Canadiens, Rangers, Ducks, and Predators. The Blues and Lightning will get theirs as early as today, and by this time next week, we should have at least half of the 16 playoff teams locked in.

After the X comes the Y, denoting teams that have clinched their division. The Ducks will get one soon, having run away with the surprisingly lackluster Pacific, and the Rangers have started to pull away on the rest of the Metro. The Atlantic and Central are different stories, and we may not see those clinched until the final weekend. We’ll also have to wait on the Z (top seed in the conference) and the P (for the Presidents’ Trophy — more on that one down below).

But in any case, that nice, clean standings page you’ve been looking at all season is gone now, replaced by the annual descent into alphabet soup. And that’s a good thing, because it means the end of the regular season is in sight. And pretty soon, we can ditch the standings altogether and bring on the playoff brackets.

(But sadly, the NHL still won’t give us a badge-of-shame letter for the teams that have been officially eliminated from the playoffs. Wouldn’t fit with the league’s “everyone’s a winner” motif, I suppose. You’ll have to look elsewhere to find those.)

On to this week’s power rankings …

5. Anaheim Ducks (49-22-7, plus-8 goals differential) With the Pacific almost clinched, now may be the time to rest up for the postseason. The Ducks have a league-low four games left, and all of those are against non-playoff teams.

4. Montreal Canadiens (47-21-8, plus-28) They’ve cooled off slightly, failing to pick up a regulation win in their last three, and host the Lightning tonight in a game that could determine the top seed in the Atlantic.

3. Nashville Predators (47-22-8, plus-31) After dropping off last week’s list, the Predators roared back with four straight wins, before last night’s loss to the Flames.

1. New York Rangers (47-21-7, plus-52) They keep the top spot, even though the return of Henrik Lundqvist wasn’t enough to prevent a pair of weekend losses.

Among the many things left to be settled over the season’s final two weeks is the winner of the Presidents’ Trophy, awarded to the team that finishes in first place overall. The race is wide open, with six teams within six points of top spot heading into tonight’s action.

The race is no doubt going to be crucially important, since whichever team can capture top spot this year will go into the playoffs with momentum, just like last year’s winner … uh … well, whoever that was. [Checks last year’s standings.] Boston. Huh. Apparently Boston won the Presidents’ Trophy last year.

OK, so maybe “crucially important” was overselling things. Something along the lines of “mildly interesting” may have been more appropriate. After all, the Presidents’ Trophy has never been an especially prestigious award. And while it’s usually better to be as high a seed as possible, this year’s wild-card race could mean that finishing first overall just gets you a matchup with someone like the defending champion Kings. Heck, even some of the teams chasing the top spot have made it pretty clear that they don’t especially care about any of this.

All that said, somebody will earn the honor. The Ducks are holding top spot right now, but everyone else has games in hand. The Rangers probably seem like the best bet, given a relatively easy (and busy) schedule. But this one really is too close to call, and probably won’t be settled until the season’s final night.

At that point, we’ll all offer up a round of polite applause to the winner. And then we’ll forget all about them as we move on to the playoffs. Regular-season trophies are nice, but as last year’s Bruins will tell you, they’re not all that memorable.

4. Edmonton Oilers (22-40-13, minus-71) They’ve won two straight and four of their last six, so at least you can’t accuse them of quitting. And with a Kings/Flames/Kings schedule coming up, at least they’ll be playing meaningful games in the Western playoff picture.

3. Toronto Maple Leafs (28-42-6, minus-47) In a miserable season that has descended into nearly nonstop negativity, this whole story was pretty cool.

2. Arizona Coyotes (23-45-8, minus-92) Hey, at least they sent the hometown fans home happy with Thursday’s overtime win against the Sabres.

The Great Tank Battle of 2014-15 has been the running joke of the NHL season, not just in this space but also on Twitter, on postgame call-in shows, in sports bars, and pretty much anywhere that hockey fans get together to talk shop. We all know the deal, we all get why it’s happening, and with the occasional voice of protest aside, we’d mostly resigned ourselves to trying to have fun with it.

But Thursday’s “battle” between the Coyotes and Sabres, played in Buffalo in front of a crowd that was openly rooting for Arizona, felt like a tipping point. Hoping that your team will lose is one thing; cheering on the other side seems like a bridge too far. By the time Arizona’s Sam Gagner scored in overtime to loud cheers from the home crowd — and yes, despite the halfhearted emergence of a cheering truther movement, the Buffalo fans absolutely did cheer the winner — the whole thing flipped from running joke into outright farce. And at least some Sabres players weren’t very happy about it.

This is what the NHL asked for, of course. Despite knowing full well that the 2015 draft would feature two sure-thing franchise players in Connor McDavid and Jack Eichel, the league still went forward with a draft lottery system that guaranteed the 30th-place team a top-two pick. That threw the incentives to finish last out of whack, and all but assured that things would get silly as the season wore on.

Did the league have a choice? Sure. There are plenty of better systems out there (we’ll explore a few of them tomorrow), many of which avoid the tanking dilemma entirely. But even if you don’t like the idea of a radically different system for assigning draft picks, a minor tweak or two could have improved the situation. And in fact, the league has done just that, introducing a new system that puts the top three picks into lottery play and doesn’t guarantee the last-place team anything better than the fourth overall pick.

That won’t eliminate tanking, but it’s an improvement, and the league deserves credit for implementing it. But it doesn’t come into effect until next year, because some teams — most notably the Sabres themselves — complained that it was unfair to the league’s worst teams to make the change on short notice. They were probably right, but after watching that embarrassing scene unfold in Buffalo on Thursday, the league may be wishing it had been a little less fair and a lot more proactive.

The Coyotes and Sabres play again tonight, this time in Arizona. And fans will be tuning in to see just how ridiculous it all gets.

• It was just about a perfect weekend for the Bruins, who earned wins over the Rangers and Hurricanes and saw the Senators drop a pair of very winnable games against the Leafs and Panthers. The end result sees Boston go three points up on Ottawa (and four on Florida) in the race for the final Eastern wild card. The Senators do still have a game in hand.

• The red-hot Wild have won five straight, and temporarily caught the Blackhawks for third place in the Central before Chicago reclaimed the spot with last night’s win in Winnipeg.

• That Winnipeg loss was a painful one; not only did the Jets blow a 3-2 third-period lead to lose in regulation, but they also gave up the tying goal on a controversial play featuring some accidental interference by a linesman.

• The Kings are still on the outside after a 4-1 loss to the Wild, sitting one point back of the Flames and two back of Winnipeg. They’ve got a tough one with Blackhawks tonight.

• The league’s hottest team is a surprise: the Blue Jackets, who’ve been out of contention for months, but have quietly put together a six-game win streak. And it hasn’t come against easy competition; in their last three, they’ve beaten the Ducks, Hawks, and Blues.

• The Penguins’ 3-2 win over the Coyotes on Saturday came at a cost, as defenseman Kris Letang was sent to the hospital with a concussion on a late hit by Shane Doan. He missed last night’s 3-2 shootout win over the Sharks.

• Speaking of San Jose, the Sharks are six points back of the playoffs with three teams to pass, and any hopes they have left are on life support. This, from David Pollak of the Mercury News, is a good look at how the Sharks’ season fell apart.

• The ugliest-looking injury of the weekend was suffered on Saturday in Detroit by Lightning forward Cedric Paquette, who saved an empty net goal with a gutsy lunging effort but appeared to badly injure his leg in the process. Somewhat surprisingly, initial reports were that the injury wasn’t serious. The Lightning also lost defenseman Jason Garrison in the same game.

• The Red Wings won that game by a 4-0 final in what’s looking like a first-round preview. Petr Mrazek earned the shutout, and also appeared to have at least temporarily won the Wings’ starting job away from Jimmy Howard. We’ll see if that’s still the case after Mrazek was pulled in yesterday’s 5-4 loss to the Islanders.

• The Frozen Four is set, with Jack Eichel’s Terriers headlining the bracket for next month’s national championship in Boston.

• Finally, the Women’s World Championship is under way in Sweden. Team USA opened the tournament on Saturday with a 4-2 win over Canada in what will almost certainly be a gold-medal preview.