Tangled Roots and Tribalism: The Cloudy Future of Football in America 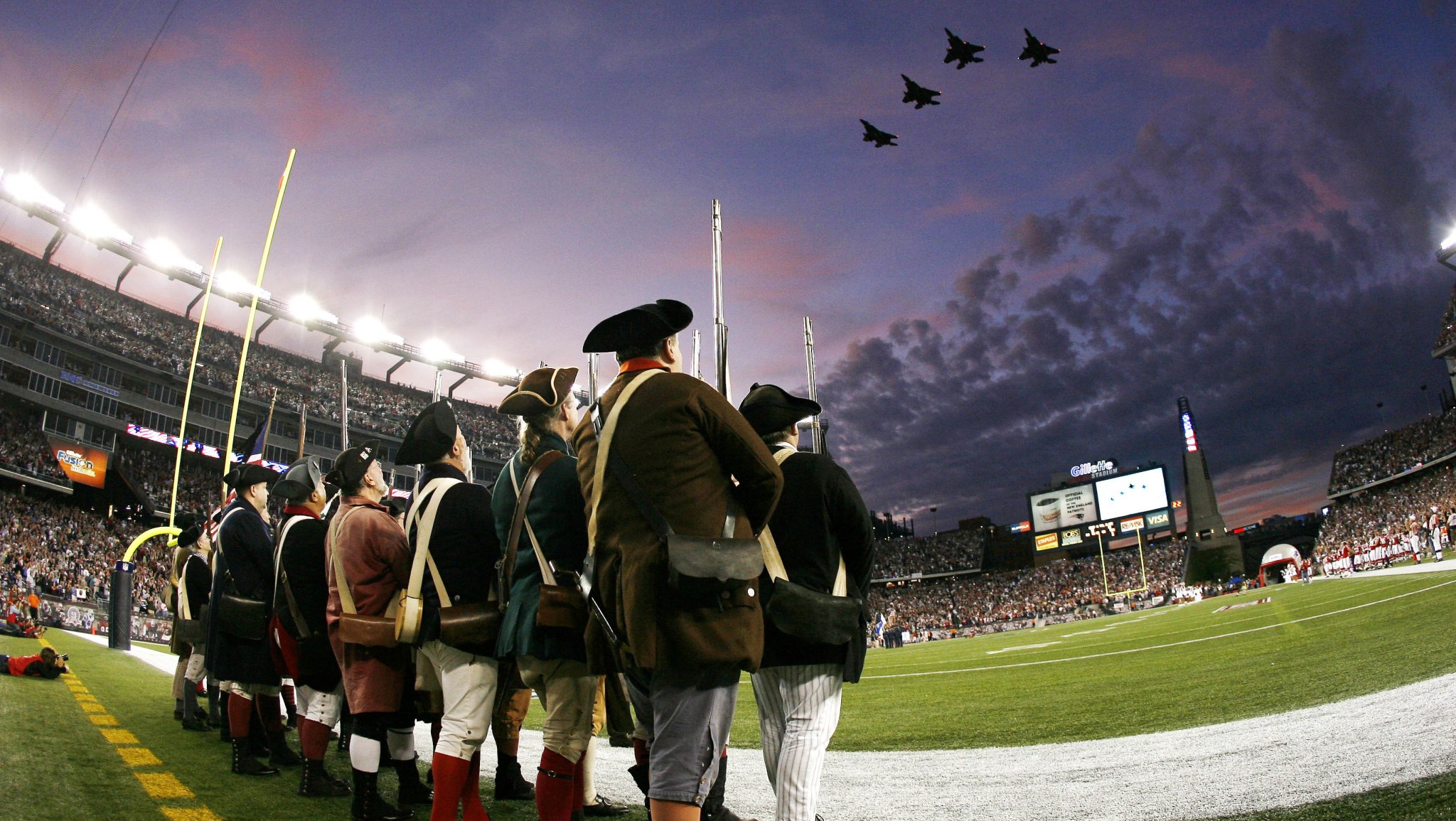 Over the past two weekends, I have been deeply invested in a single football match. The two teams played to a tie a week ago. They played each other again this weekend, in another epic game, and the proper team won. The two teams were Kerry and Mayo, and the game they played was called “football” — Gaelic football, to be specific, in a semifinal match in the annual All-Ireland championship.

I watched the first game a week ago Sunday, at a place called P.J. McIntyre’s in Cleveland. As a good son of north Kerry, and the grandson of a shepherd girl from the hills around Listowel, I cheer for the Kingdom every year. (Historically, Kerry has been the Dallas Cowboys of the circuit.) P.J.’s was a Mayo bar, but I found one group of people in the green-and-gold gathered in one corner of the joint, so I tucked myself in with them. We saw one of the most compelling games I have ever watched on television. Mayo played for the championship last season, and Kerry was said to be rebuilding with young talent, but Kerry played Mayo off their feet in the first half. Mayo was further hampered when right half-back Lee Keegan got sent off with a red card on a call so terrible that everybody in the bar booed, even the guys watching golf in the back. But, playing 14-on-15, Mayo stormed back to take what seemed to be an insurmountable lead, only to have Kerry rally late with a goal (three points) and a point (a kick through the uprights) to force the draw and a replay of the game this past Sunday.

Now, the final rounds of the All-Irelands are traditionally contested at Croke Park — Pairc an Chrocaigh, as the old language has it — the headquarters of Gaelic sport in Dublin. However, Kerry and Mayo had to play their rematch at a stadium in Limerick. It seemed that Pairc an Chrocaigh had already been booked for last Saturday.

Penn State was playing the University of Central Florida.

So, off to Limerick went Kerry and Mayo, to play another tremendous game. (The Gaelic Athletic Association, in its wisdom, rescinded Keegan’s red card.) Kerry’s young legs had more left in them, and the Kingdom won the game in extra time. The end was enlivened by a burly Mayo supporter who ran amok on the pitch. Meanwhile, back in Dublin, the Nittany Lions beat the Knights, 26-24, on a 36-yard field goal by Sam Ficken that capped off a 55-yard Penn State drive just as the clock ran out. For his part, Ficken took off on a mad dash around the Croke Park pitch to avoid being buried in celebration by 300-pound linemen. Invade the pitch. Flee the pitch. It’s all football, one kind or another.

Football is tangled at its roots. The telling I’ve always heard has it that what the rest of the world calls “football” begat rugby, which begat Gaelic football, a game that combines the running and tackling of rugby with the idea of a goal that comes from what the rest of the world knows as “football.” In America, some enterprising ruggers decided one day to throw the ball to each other, and thus was NFL RedZone born. Because of these obscure common origins, as far as I know, there is no other game that is played so many different ways that is nonetheless called the same thing. “Football” means Ronaldo in Lisbon, Peyton Manning in Denver, and James O’Donoghue in Killarney. All of them have different skills, and they play different games with the same name.1

What each flavor has in common is spectacle. So many of the other sports seem to be relatively private and intimate. The various forms of “football” are bright and brash and, when they are played at their highest levels in the countries that love them, they blot out the sun on the sports landscape. It is this ability to create spectacle that accounts for the way the several kinds of “football” are able to engender similar forms of occasionally lunatic jingoism. There is a barely hidden element of violence to them. They all involve varying degrees of physical contact. They all involve, in one way or another, one human being knocking another one to the ground. There is a tacit understanding that all of them are a polite sublimation of the tendency of countries to make war on each other. This is not unusual in history. The early Jesuit missionaries to the New World noted that Native American tribes used three-day lacrosse games, which occasionally were contested with hundreds of players on either side, as barely disguised battles, played as a tribute to what they called “the Creator.” Mess with “football” and, as Ned Beatty says in Network, you are messing with the fundamental forces of nature and a vaguely religious concept of nationhood.

Right now, as all of its seasons at all levels are just beginning, American football is under unprecedented assault. Science is providing more and more evidence that the game is physically perilous to everyone who plays it. This forces a series of hard decisions on the participants and moral questions on the devotees. Is it ethical, or even humane, to be entertained for fun and (occasionally) profit by a sport that so inevitably destroys the people who play it? (Steve Almond’s recently released book, Against Football, poses these questions very directly.) There are only two possible approaches to these issues. You can answer them honestly, or you can duck them entirely. And the latter approach often involves cloaking yourself in the almost theological tribalism that American football shares with all the other varieties.

Think about the defenses of American football that rely on “tradition” as an argument opposing the moral case against the game. Think about how closely American football has attached itself to the U.S. military, from the in-game commercials to the now-customary flyovers of attack aircraft. Think about the 2011 Super Bowl, in which we had “God Bless America” and the National Anthem, a flyover, and a bizarre video that sought to link John F. Kennedy’s inaugural address, Martin Luther King’s speech on the National Mall, and Ali’s KO of Liston in Lewiston, Maine. Think about the way football is positioned as some kind of essentially American journey. Patriotism may be the last refuge of scoundrels, but it’s also a handy hideout for huge corporate athletic enterprises that are facing existential questions about what they do to the athletes who engage in them.

But that may be enough to help American football to survive. We haven’t yet evolved beyond tribalism as human beings, or beyond jingoism as a nation. For good or ill, countries all over the world use something called “football” as a statement of their national identity. We like to think that we’re different, but we’re not. We’ve attached ourselves and our image of ourselves as a people to what we call football as securely as the folks in Lisbon or Killarney — or, for that matter, Melbourne — have to what they call football. It provides a sense of belonging, even more than do the other sports. Calling something “football” is a way of calling yourself a citizen.

There is no telling what game we might be calling “football” 40 years from now. At the moment, American football is caught in several interlocking binds, but the spectacle remains the same. In fact, my bet is that the spectacle will get louder and more gaudy — and, alas, more suffused with tinpot nationalism — as the moral case against the game continues to develop. American football at its lowest levels is being undermined at the dinner table and on the field. In the public schools, it is being further eroded by its costs in an era of shrinking school budgets and public revenues. In the colleges, it is caught under the hammer of its costs — and the question of whether the physical costs to its participants are something a civilized country should take as business as usual is becoming more insistent, and none of the easy answers can be found anymore, buried as they are under an ever-growing avalanche of grotesque CAT scan images.

The game may be big enough to withstand its current travails. After all, the love of the spectacle isn’t going anywhere anytime soon, and American football is still the sport best suited to gambling, so it has that. Maybe one day robots will play the game, or genetically engineered human beings, a Nike swoosh imprinted on their foreheads. (Marketing, after all, is not a recessive gene.) Maybe it will turn into Rollerball. In any case, I am not sanguine that the sport the rest of the world calls “football” ever will take over in this country. I am more open to the notion that, one day, if American football finds its inherent violence and inherent physical damage rendering itself extinct, something closer to Gaelic football may evolve from it, played by people without pads, with different fundamentals underlying different skills. Because there always will be something compelling about an encounter in which one human being knocks another human being down. Remember the myth of Hercules, and his battle with Antaeus, the son of Mother Earth. Hercules kept knocking down Antaeus, time and time again, but Antaeus drew strength from the earth, and every time he was knocked down, he rose again, stronger still.

The Molly Diaries: Wes Welker’s Day at the Races