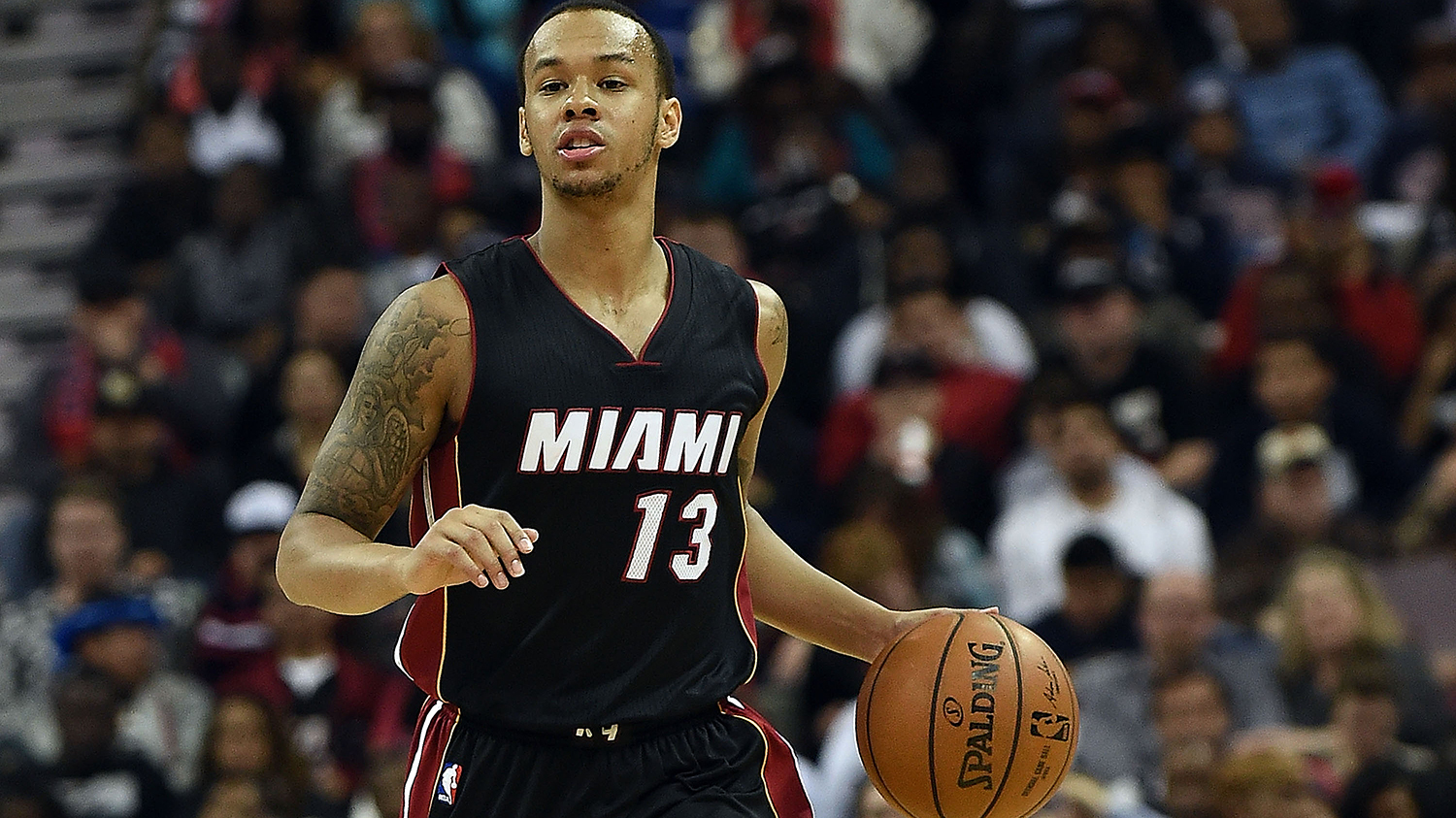 Should Jerian Grant go in the late lottery?

How high will Devin Booker and Trey Lyles go?

It happens every year. Players enter the NCAA tournament with so-so NBA prospects, they dominate for a few games in March, and suddenly their stock goes soaring. It’s happening this year. If Frank Kaminsky beats Kentucky this weekend, there is a 100 percent chance someone will take him in the lottery this June.

Here’s where it gets tricky. Some of these performances will feel extra poignant four or five years from now. “That’s when it became obvious,” we’ll say about someone like Dekker or Winslow after they turn into a star. “That tournament is when we knew.”

But more often than not, the tournament is one big magic trick. As draft nerds process everything from the past weekend and start dreaming about what’s next, it’s important to remember that the NCAA tournament is a hall of mirrors more often than it is a window into the future. You need look no further than last year’s tournament.

Shabazz is the classic example. He was ruthless for three weeks last March. He put UConn on his back and carried it all the way to a title. It felt wrong to question what he could in the NBA. We all wanted to believe. If there were any justice in the world, he’d get a chance.

He even convinced LeBron.

My favorite player in the draft! #Napier

And LeBron convinced the Heat.

Confirmed Heat will acquire Shabazz Napier from Hornets and give Hornets the 26th and 55th picks.

Looking back, convincing Pat Riley to grab Napier in the first round might have been some kind of devious revenge play for LeBron on his way out of Miami. Or it’s definitive proof that on June 26 of last year, LeBron actually intended to stay in Miami. Either way, it’s pretty funny.

LeBron left Miami a few weeks later, and Napier promptly deleted all of his tweets to LeBron and unfollowed him on Twitter. (“Beef is  when you don’t even DM before you say peace.”) Since then, Napier has averaged five points and 20 minutes a game on a bad Heat team, shooting 38 percent from the field and 36 percent from 3. And he hasn’t been able to wrestle the starting role away from Mario Chalmers. Not ideal. 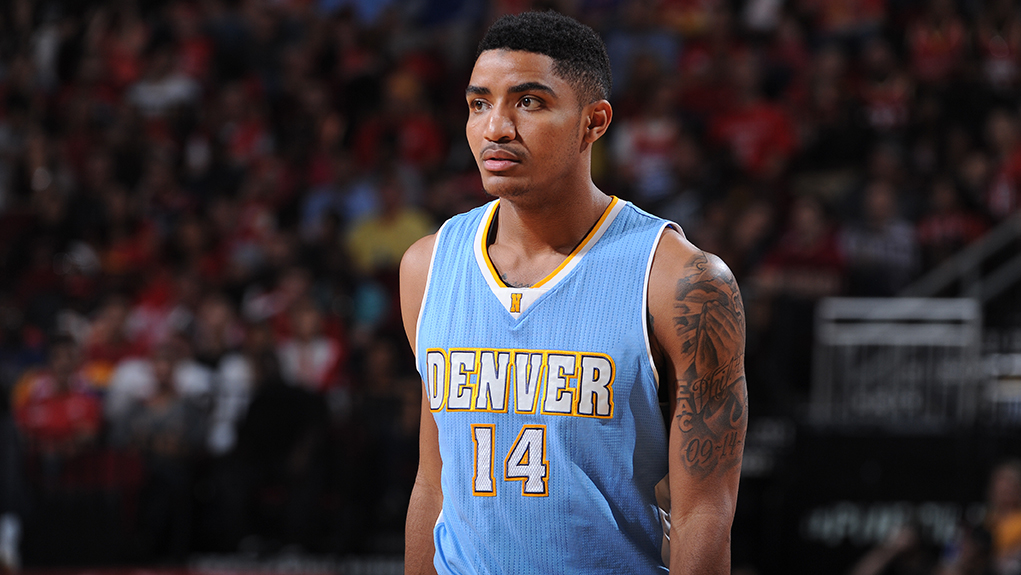 I remember having several long conversations with Robert Mays about how great Harris would be in the NBA. Good scorer, good on defense, smart player. He was going to be a starting shooting guard for the next 10 years, and he was going to be just sitting there in the draft, waiting to be stolen by a smart team.

In the Big Ten tournament, he led Michigan State all the way to the title. In the NCAA tournament, Harris helped carry the Spartans to the Elite Eight.

In the NBA, he has hit double figures only twice. Otherwise, this has basically turned into one long redshirt season.

Part of this comes back to where Harris ended up. The Nuggets have been an absolute disaster this season, and it’s not clear whether the front office even has a plan for all of their players. It would be understandable if the Nuggets’ cloud of suck tainted his rookie year. Whatever the case, Harris hasn’t exactly set the world on fire. Maybe next year is when he turns into a starter for the next decade?

After last season’s run to the NCAA championship game, Young vaulted himself into the middle of the first round. There’s at least a chance this will look completely insane a few years from now.

As for Young’s draft stock last year: This is one area in which John Calipari doesn’t get nearly enough credit. It’s not just that he’s pooling McDonald’s All Americans and sending them to the top of the draft. All the winning also benefits guys like Young — or Marquis Teague, Brandon Knight, and Daniel Orton — transforming fringe first-rounders into NBA prospects who get contracts that might not have been there otherwise.

Of course, for teams looking at Trey Lyles, Devin Booker, and Dakari Johnson, someone like Young may be more of a cautionary tale.

Early is another guy who seemed destined for greatness last March. He hit so many big shots, and he could guard two or three positions. He looked like the new James Posey. Even after a loss to Kentucky, Chris Ryan and I were convinced that Early would land with the Spurs or Thunder and swing the balance of power in the Western Conference. WHOOPS.

It’s still, um, early … But Cleanthony is shooting 35 percent, and even after a spike in March (8.2 ppg), he is still shooting 26 percent from 3. At 23 last June, he was supposed to be one of the most NBA-ready players in the draft. That was the selling point. Right now, the best thing you can say about Early is that maybe he’ll be a late bloomer. 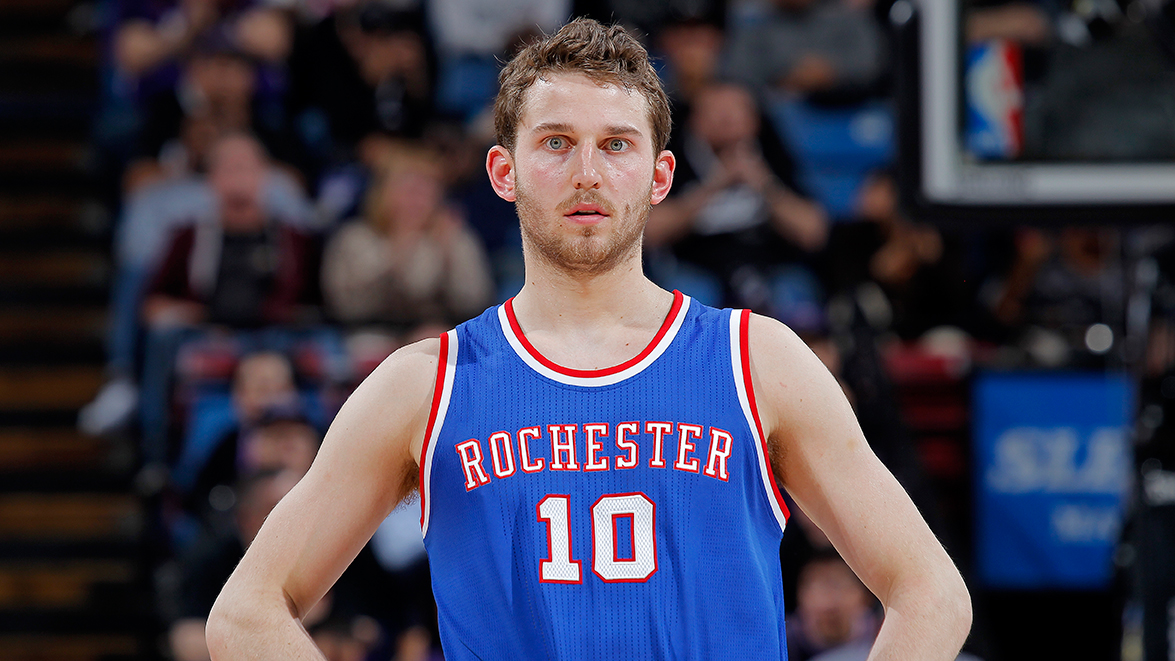 Stauskas was tearing up the NCAA tournament a year ago. Between his improved ballhandling and dead-eye shooting, he seemed like a sure thing to wreak havoc in today’s 3-happy NBA. Stauskas is averaging 4.3 points per game, and the most memorable success of his rookie season is earning the nickname “Sauce Castillo.” To be fair, that’s a pretty big win.

Mixtape rapper monikers aside, guys like Stauskas are the cautionary tale of March Madness. That’s what I had to remind myself of after this weekend. My heart wants Grant or Dekker to land with a team toward the end of the lottery and blossom. My head knows that isn’t how this works.

It’s not a shot at the players that people are falling in love with this year, or even a shot at the players we loved last year. The NBA is full of outrageously talented players. It’s the league where everyone is good. Talent isn’t enough to make it work. Players need to land in the right situation, they need time to adjust, and they need a specific set of skills that will translate and make them useful, because the starring roles all belong to humans who might as well be from outer space.

If you’re watching the tournament with the NBA in mind, then keep the basic realities of the NBA in mind. When you consider all the factors that have to break right for anyone to have success at the next level, the reality is that most of these guys will struggle. That’s probably the best reason to enjoy what they’re doing now.

Whatever happens next year, this will always be awesome.

The Cavalier in the Coal Mine: On Kevin Love and the Decline of the Power Forward