NBA Shootaround: So This Is What Winning Feels Like 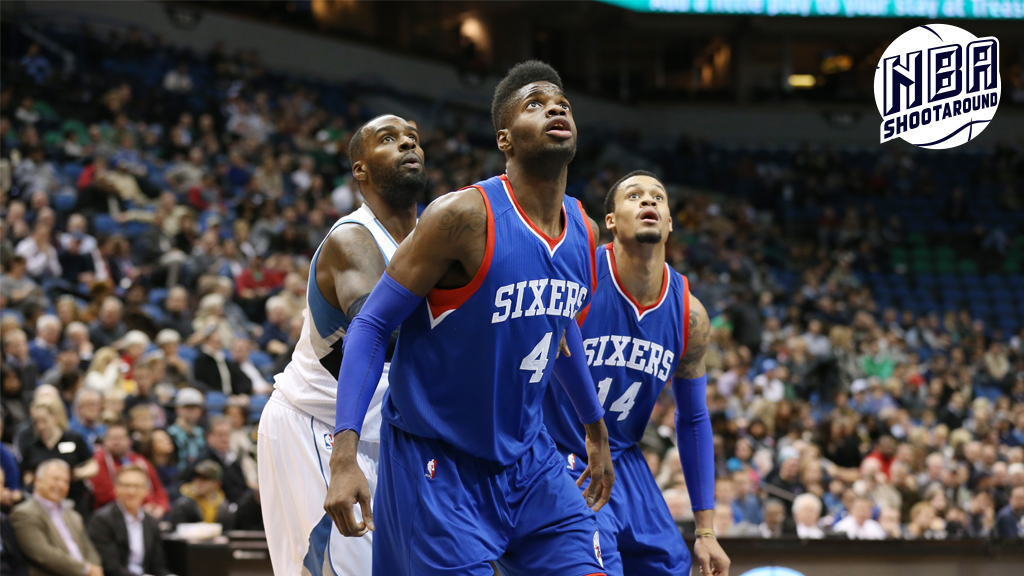 Once in a Lifetime

Andrew Sharp: Sometimes real life imitates art, sometimes metaphors write themselves, and sometimes the Sixers-Wolves tip things off running at the wrong basket, forcing officials to re-tip things off 90 seconds later. This game couldn’t have started any other way.

The Sixers were staring down history Wednesday, trying to avoid tying the 0-18 Nets of 2009-10 for the most losses to start a season. With OKC visiting Friday, a loss would all but guarantee we’d have Sam Hinkie history on our hands by the weekend. Those were the stakes. This is why I tuned in for my first Sixers experience of the year. And then … let’s pick things up in the second half.

Announcer no. 1: “If you just are tuning in here on Fox Sports North, and you’re looking at the score, note that it is not … ” 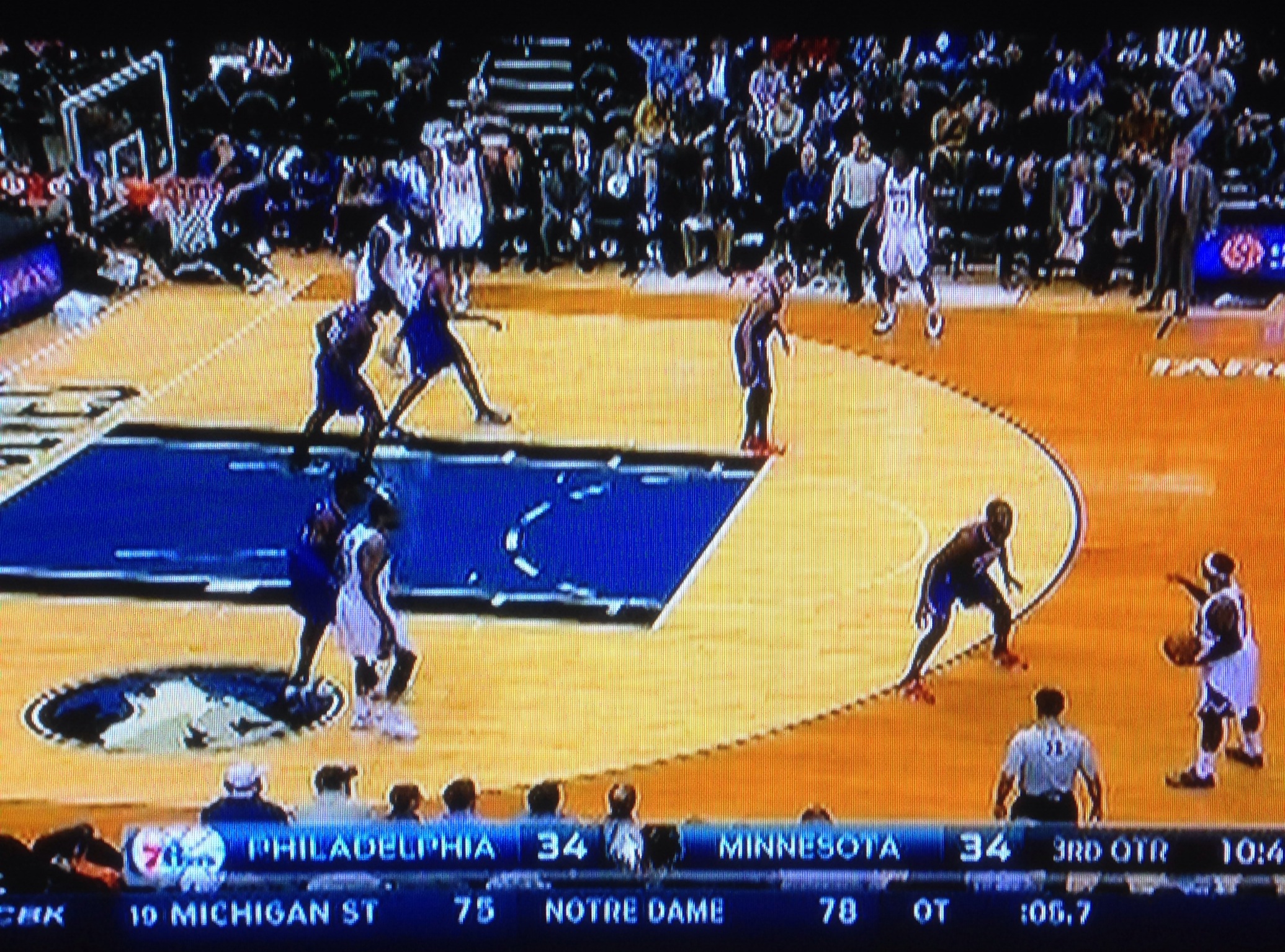 As for the first half … Think back to the Spurs hitting basketball nirvana in last year’s Finals, and then imagine the polar opposite. The Sixers had nine points in the second quarter. There were multiple times when they dribbled straight into the Wolves defense and had the ball ripped right out of their hands. Other times, they passed it straight out of bounds. Other times, they passed it to the ref.

Announcer no. 1: “[Brett Brown] kinda joked before the game, ‘Forget about running play sets. When [Michael] Carter-Williams is out of the game, I just need a guy who can bring the ball past midcourt.’”

And the Wolves weren’t really any better.

Nobody can say this with any statistical authority, but there’s no way an NBA game has ever had more missed wide-open jump shots. 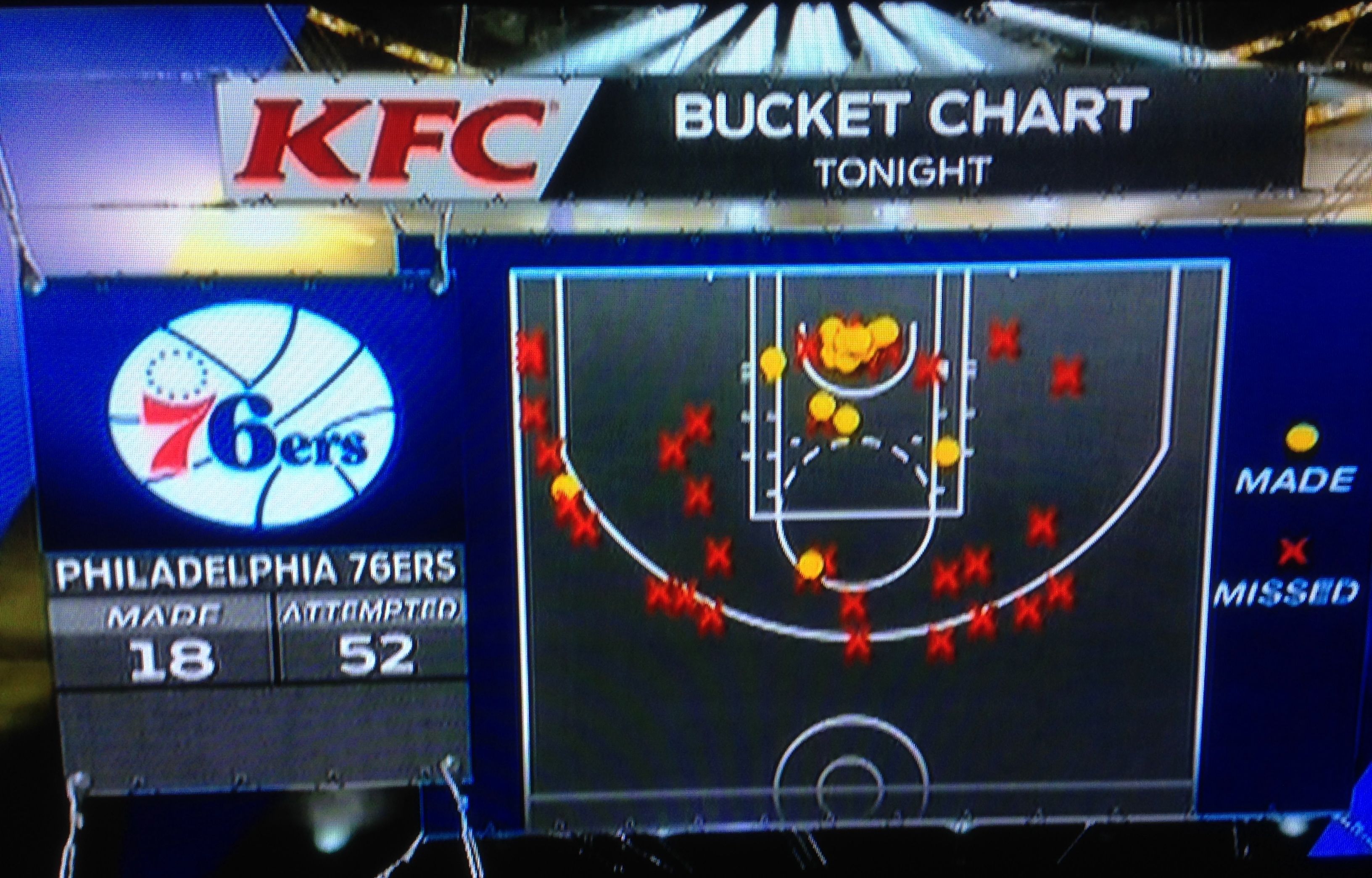 There were bright spots, too. Or at least one bright spot. If you’re ever stranded on a desert island, with only a Sixers game to watch, just watch K.J. McDaniels. At one point, he came flying in from the 3-point line for an attempted putback so recklessly and ridiculously that I almost swallowed my tongue. Also, what he does to Gorgui Dieng here is cruel, but pay attention to how long he hangs in the air.

Then it was the fourth quarter. The final minutes. The Wolves broadcast cut upstairs to tease the postgame show, and the host said, “Let’s face it, this has been a painful game to watch.”

That’s when I knew the Sixers were winning. The stars were aligned. It just felt right. McDaniels hit a 3 to put Philly ahead, and someone named Robert Covington hit a 3 to ice it. You have no idea who Robert Covington is, and that makes him, and his 17 points, the perfect hero for last night.

From tipoff to second tipoff to the very end, it was bad basketball art. Philly may not have made history, technically, but this is all history. We will never forget the Hinkie Sixers. I hate watching them so much that I can’t help but love them.

How Did You Feel About This Game, Terence Fletcher?

Jason Concepcion: If Monta Ellis does indeed have it all — and his fourth-quarter performance against the Bucks, during which he scored 10 points, including the game winner, on 5-of-7 shooting, would seem to confirm this — how can he continue to add to his tally of all when all is all there is? Where does this extra all come from? This is one of the ultimate NBA paradoxes; it’s a “strange loop,” as cognitive scientist Douglas Hofstadter called self-referential paradoxes in his mind-bending Pulitzer Prize–winning work Gödel, Escher, Bach. All + x = All.

But let’s go back to the beginning. Last night’s Mavs-Bucks game was the second night of a back-to-back for both teams. The Mavs previously played the Bulls in perhaps the best game of the season, surviving double OT and numerous shots, including a Derrick Rose 3-point floater off glass that sent the game into its second overtime. The Bucks, for their part, had fallen to the Cavaliers, 111-108, in a lively game that saw Jabari Parker go directly at Kevin Love to score 22 points.

So, last night’s game started out like a hangover. Dirk Nowitzki was in his bench-casual rest attire. Ersan Ilyasova was out with a broken nose and a mild concussion. Everyone seemed understandably tired, the older Mavs especially so.

No Dirk meant Rick Carlisle had to cobble together the floor spacing that powers Dallas’s league-leading offense from Richard Jefferson, Jae Crowder, and a dollop of Charlie Villanueva. Dallas went into the third quarter with a balanced scoring attack — six players had either seven or nine points — but trailed 64-57. That’s when the zone defense that Dallas has been struggling to implement finally got some traction against a Milwaukee lineup that lacked 3-point shooting outside of Knight, leading to a 13-0 Mavs run. It was 80-78 Mavs going into the fourth.

Then, Monta, who we have already established has it all, had more all. With the score tied at 105, Monta got the ball in an iso with 7.2 seconds left, drove hard on O.J. Mayo, took all of the steps, and coolly jammed the all-dagger into Milwaukee’s heart as the Bucks made impotent wheels-go-round traveling motions. All + All = All.

The King Stay the King 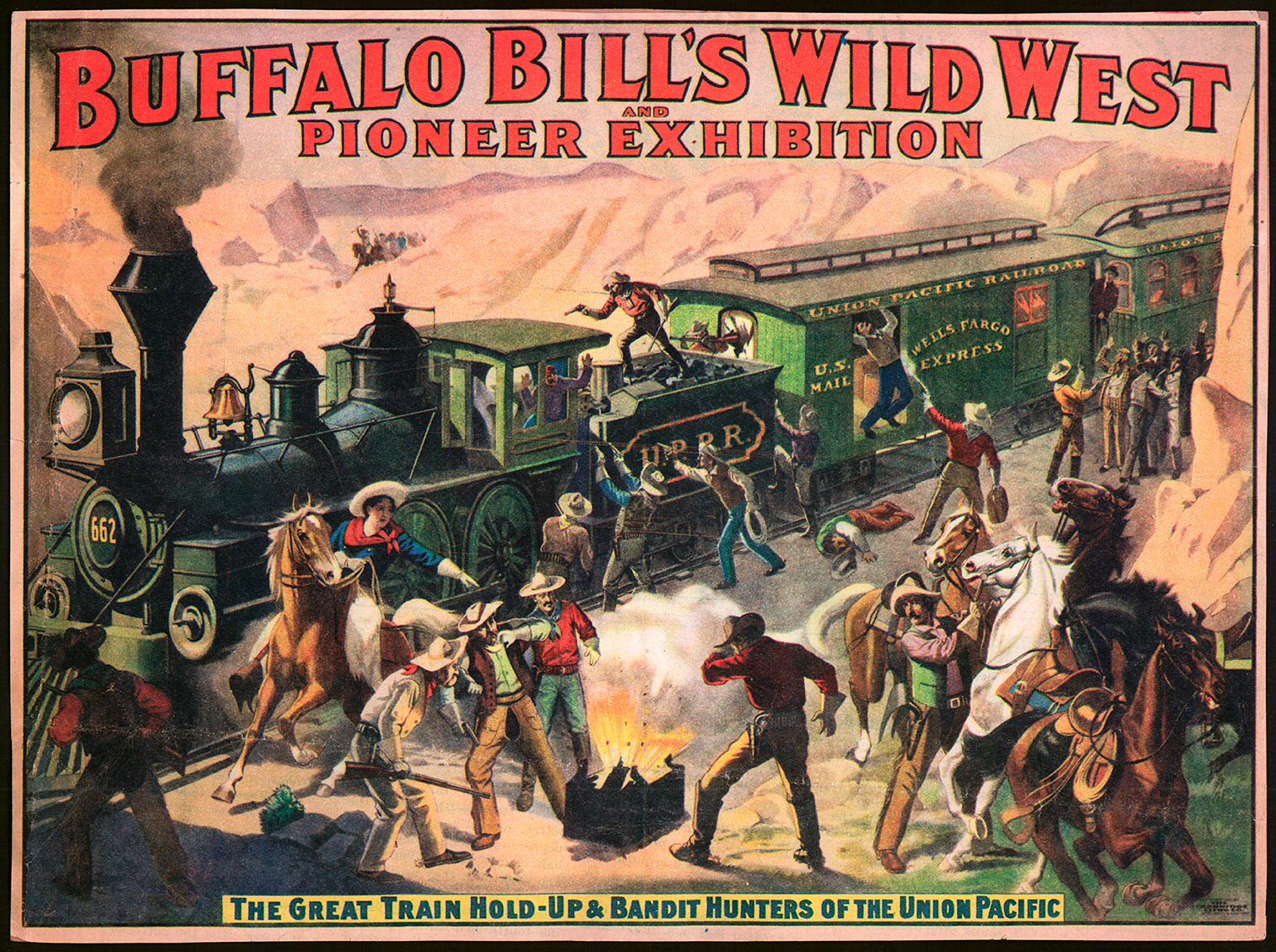 Jason Gallagher: Real talk? Anyone who’s capable of looking at themselves in the mirror and answering this question with a straight face is the biggest pretender of them all.

After a little more than a month of trying to draw conclusions about the West, it’s safe to say we’re all a bunch of children lost at sea. Normally, there are a couple of super-favorites, then a few teams that are “ready to take the next step,” a few dark horses, and so on. This year is not the normal. We’re watching the NBA version of the ’95 Oscars. I don’t feel comfortable putting a dime on any team right now. In fact, I feel better about letting my wife (who couldn’t tell Chris Paul from Chris Kaman) pick for me.

Rockets-Grizzlies reinforced everything we knew about the West — which is … we don’t know anything about the West. Houston had its way with Memphis. It wasn’t close. Marc Gasol put up eight points, while Jarnell Stokes scored 12. Memphis shot 15 percent from 3, but also had a much higher field goal percentage than Houston. The Rockets won while starting Tarik Black in place of Dwight Howard. These are all cool nuggets, but does any of this stuff push the needle in terms of making you believe in Houston over Memphis? Sure the Rockets have beaten the Grizz, Spurs, and Mavs, but they also lost to the Lakers. So …

Until yesterday, the top eight teams in the West were on a combined 35-game win streak. As of now, the top seven teams are winning more than 70 percent of their games. Repeat … 70 percent.

MY GOD, LOOK AT THESE TEAM RECORDS OVER THE LAST 10 GAMES.

I’m starting to think that a seven-game conference finals isn’t enough to find the best team out West. A best-of-31 might do it. Maybe. Either way, I’ve decided to not go into these games hoping to learn anything. I’m watching basketball, Taylor style. Big smile. Enjoying the moment. Being the realest contender out there.

Jared Dubin: The Grizzlies strolled into the Toyota Center last night with the best record in the league and a five-game win streak. They were 7-2 on the road and undefeated in games against Western Conference teams.

And then the Dwight Howard–less, Patrick Beverley–less, Terrence Jones–less Rockets took care of Grizzness and laid the smackdown. Given the guys they were missing, the Rox obviously had to count on major contributions from some unexpected places, and that’s exactly what they got:

• Tarik Black, starting at center in place of Howard, put up 10 points and 11 rebounds, nine of them on the offensive glass.

• Donatas Motiejunas (whom the Houston announcers call “D-Mo,” but I insist should be called “Donuts”), starting at forward in place of Jones, had 15 points on 7-of-10 shooting along with seven rebounds.

• Joey Dorsey made all three of his shots, grabbed eight boards, and had three blocks.

Nikola Vucevic missed last night’s game against the Clippers, meaning Kyle O’Quinn played a lot of minutes. O’Quinn entered last night’s game averaging 1.2 blocks per game, and he looked to increase that early by swatting this shot all the way down to the other end of the floor; unfortunately, it was his own shot.

I want Vucci Mane back.

Danny Chau: Maybe you’ve noticed, but Paul Pierce hasn’t shot the ball very well this season. That was somewhat to be expected. The guy is 37 with not a whole lot of tread left on his tires. If you run a biopsy on his shooting numbers, you’ll come to a similar conclusion: His game is getting old — in the Andre Miller kind of way, but less charming.

As they survive in this league over the years, NBA veterans make a transformation. They become bearers of a certain mode of conduct, of certain clichés and traditions. They succeeded in the league because they did things the right way. It’s a narrative that players like because, in one way or another, it’s always true. But sometimes a bit of perspective is lost, the closer a player creeps toward the twilight.

Last month, Pierce went on The Dan Patrick Show and claimed he “probably wouldn’t have gotten drafted” if he’d been a part of today’s draft landscape — one that prizes potential and pure athleticism over all else. Never mind that he averaged more than 20 points in his final year at Kansas and was a terrific athlete. It was kind of like when Rasheed Wallace, in his final NBA season, lamented the death of old-school, post-up basketball when he was one of the main culprits.1

Pierce’s old-man talk has manifested in his numbers. He has been a career league-average 3-point shooter, but is suddenly shooting 31.7 percent, his worst percentage in a decade. Last night against Kobe and the Lakers, he shot a dismal 6-for-15 from the field before leaving in the third quarter because of a nagging big toe. But if you wiped his 3-point attempts from the box score, he had a brilliant night, going 6-for-10. From 16 feet and in, Pierce is shooting nearly 51 percent this season; he’s actually hitting 75 percent of all fadeaway and turnaround jumpers he’s attempting. Twenty games in, and Pierce has become the embodiment of a tired barbershop debate.

Make It or Break It: The NFL Players Who Have Everything to Prove in December