NBA Shootaround: Get Your Brooms Ready 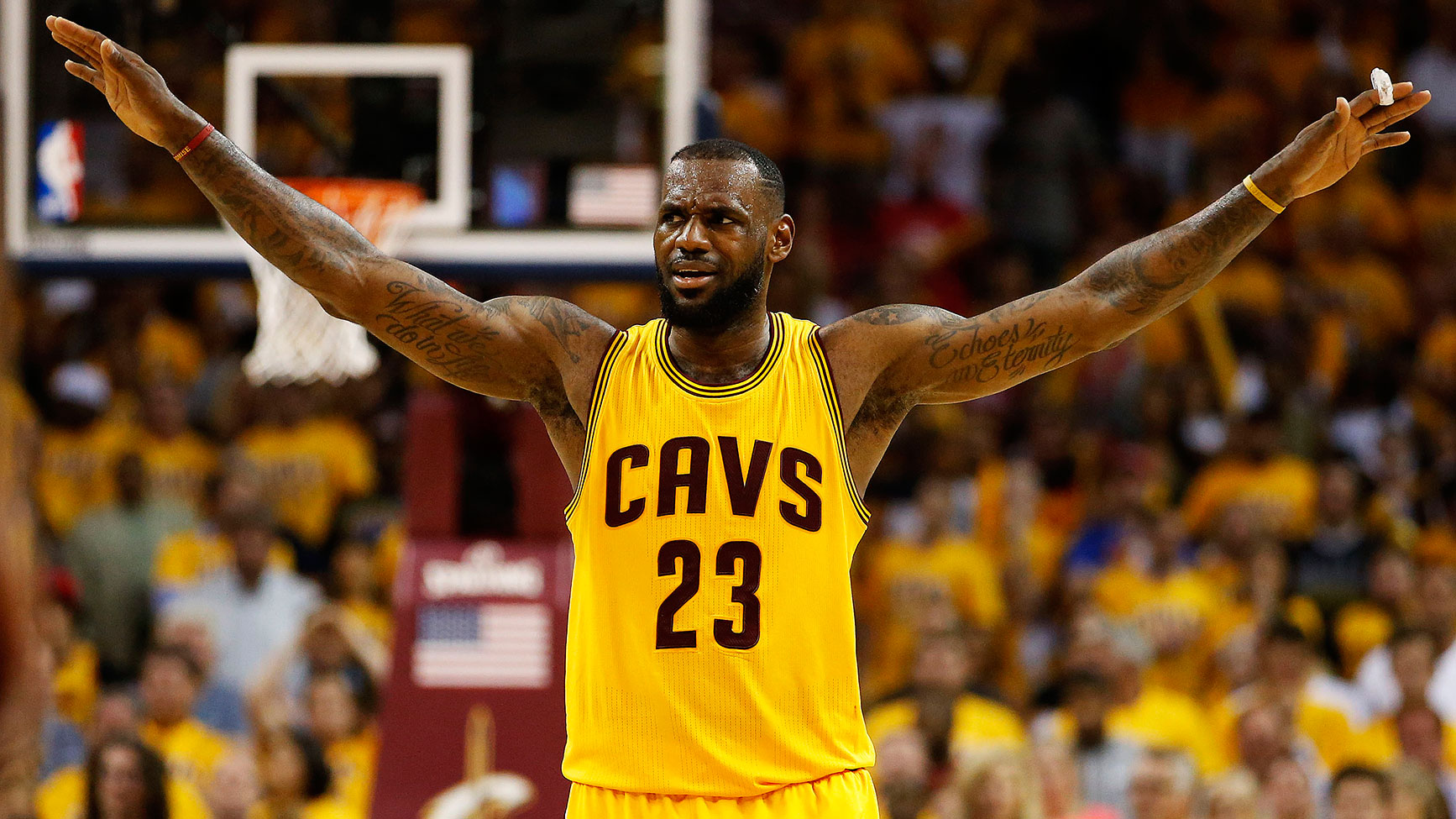 We’re Not Having Fun Yet 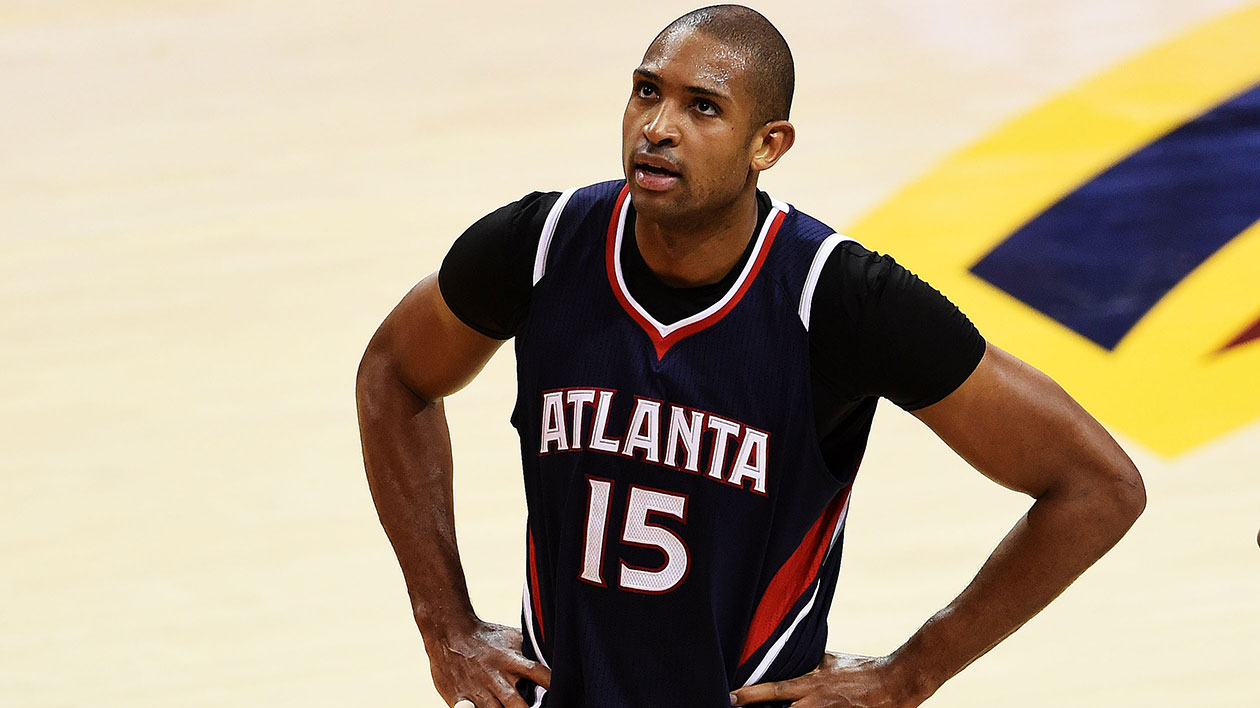 Ryan O’Hanlon: Think about this: The best team in the Eastern Conference — one that won 19 games in a row, one with four All-Stars, one that notched a plus-6 net rating over 82 games and earned breathless comparisons to the NBA’s model franchise — was on the road, fighting for its playoff life, down 2-0 and trying to avoid the eternal damnation that comes with a 3-0 series deficit. On the other side was the best player in the NBA, returned home, trying to take the team that drafted him back to the Finals for the first time since he dragged them there in 2007.

Take all of that, spin it into a three-point game that goes into overtime — and that should be fun, right?

When Matthew Dellavedova dove into/fell toward Al Horford’s knee and Horford then reluctantly People’s Elbowed his way out of the game, TNT’s halftime discussion of the play was more animated than any real antipathy between the teams. Hell, an injured LeBron went for 37 points, 18 rebounds, and 13 assists, but he missed 23 shots, including his first 10. It’s almost like he needed to give himself a handicap. Maybe next game he’ll play left-handed or wear a Ronald Reagan mask. That could be fun.

Hey, We Got You a T-Shirt

Andrew Sharp: How I spent the fourth quarter of Cavs-Hawks: 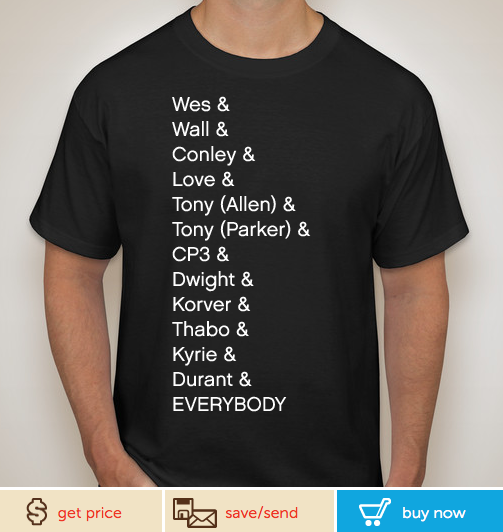 I was initially planning on giving this shirt to some of the players still standing, but we can’t risk jinxing anyone else right now. Let’s just give it to every fan who’s made it this far. 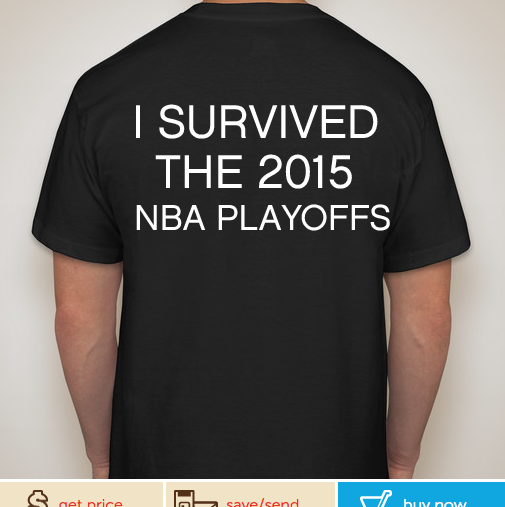 Who Wore It Best?

Mom, We’re Not in Oakland Anymore 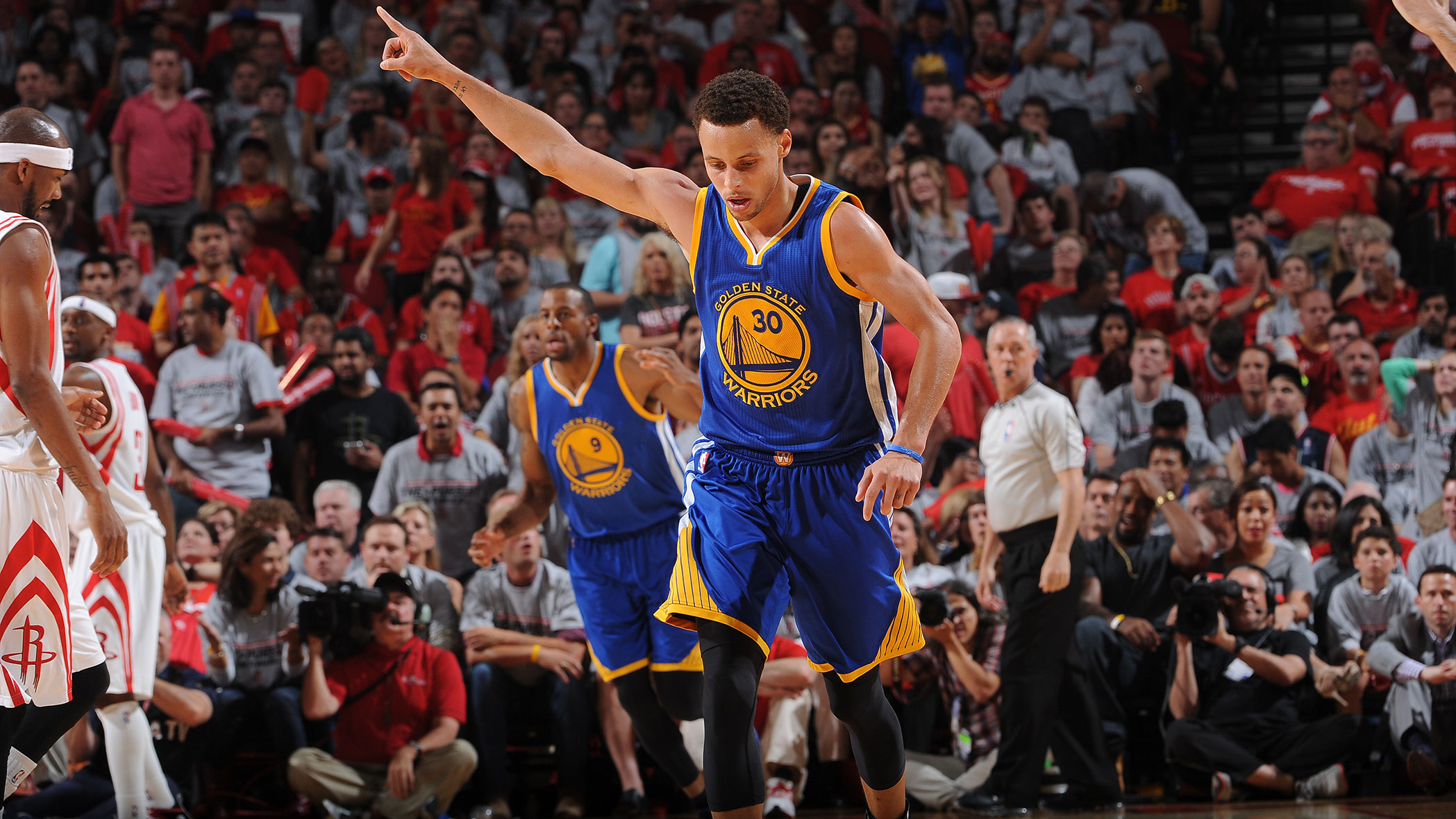 Jason Concepcion: On top of all the personal accolades, swashbuckling displays of heckler-humbling shotmaking,  and “aww”-inducing exhibitions of fatherhood, the box scores seem like algebra problems and the stats look like calculation errors. Here’s Stephen Curry, Game 3 vs. the Houston Rockets: 40 points on 19 shots and only 10 free throw attempts. Per Basketball-Reference, only Steph and 2010 Suns-era Jason Richardson (!) have scored 40 or more points on 19 or fewer shots with 10 or fewer free throws in the playoffs since 1986 (which is as far back as its game-log data goes). On left-corner 3s through 13 playoff games, Curry is shooting 90.8 percent (10-of-11), a number that should only appear when scrolling through shot charts on strong hallucinogens. Except, Curry shot 63 percent from the left corner during the regular season, which makes you wonder whether what you are experiencing is truly reality or an extremely detailed computer simulation.

Curry, now simply the greatest shooter of all time, is so good that his existence has become a series of contradictions. Pull-up jumpers early in the clock with a defender draped all over you are unwise unless you’re Steph Curry. Thirty-footers off the dribble are irresponsibly bad shots unless you’re Steph Curry. Launching a jumper and turning to run back downcourt before the ball reaches its destination — a move straight out of the Gilbert Arenas heat-check hero/head-case playbook — is a great way to get benched at every level of basketball unless you’re Steph Curry … in which case you can do it with semi–regularity.

Yet, perhaps the greatest contradiction is the one still to come: Steph Curry, basketball role model. Success in sports always breeds imitators, and one day, sooner than we think, a generation of players inspired by Curry’s mind-bending feats will start matriculating from AAU to college to the pros. With them may come a new era of remorseless gunners who make even J.R. Smith and Swaggy P give pause, just as Michael Jordan gave rise to numerous less-talented imitators and one Kobe Bryant. It’s either that, or one day a better shooter will come along. But don’t count on it, because after all, there’s only one Steph Curry.

‘Jalen and Jacoby’: The Conference Finals, the NBA Draft, and More!

10 Thoughts on the NHL Conference Finals