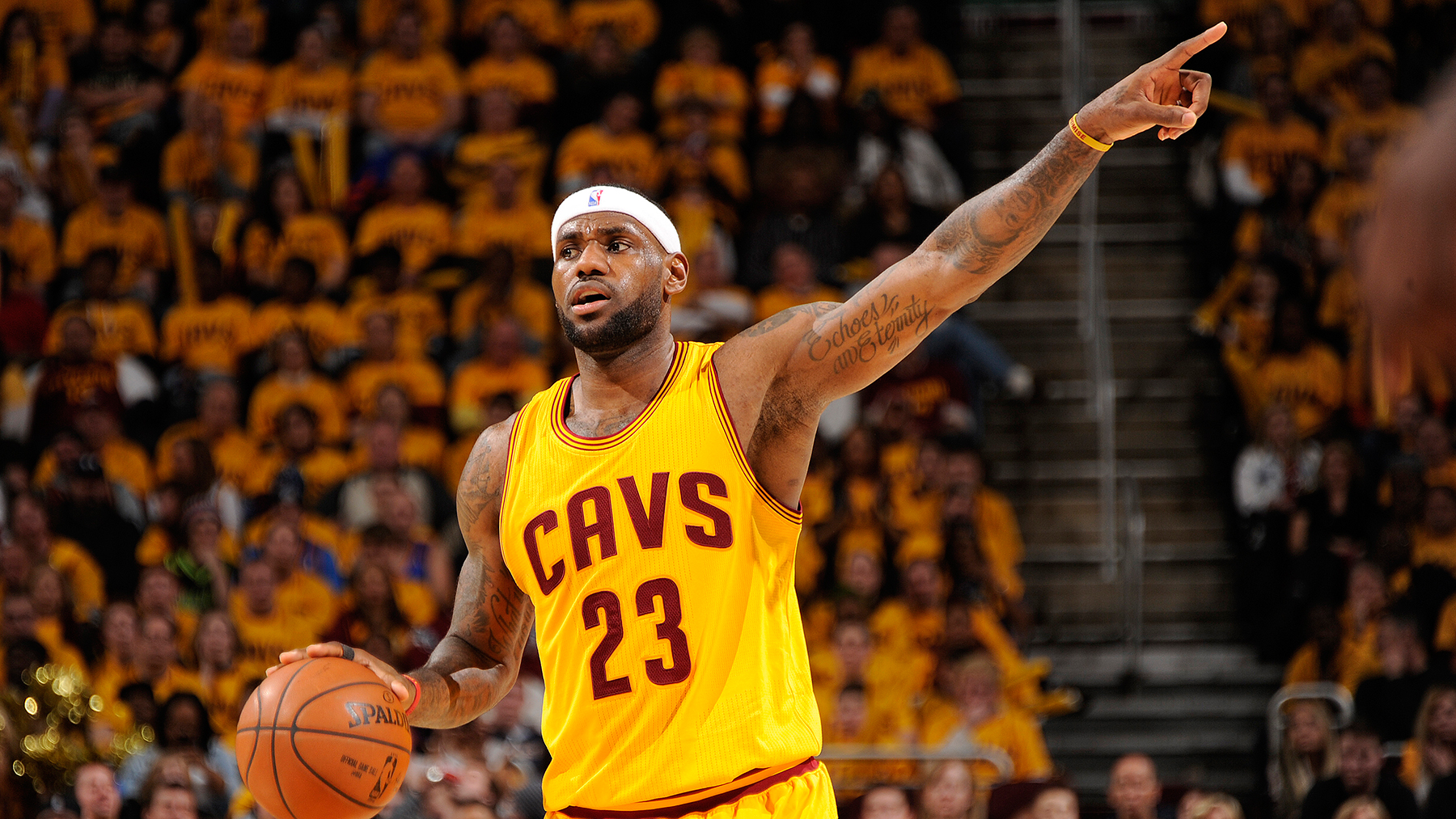 The two best players on Earth clashed, the Pellies held their own against Dallas, and Hassan Whiteside messed around and scored a triple-double. Let’s run down all of Sunday’s NBA action.

What’s That Saying About Sleeping Giants?

Andrew Sharp: The third quarter of Cavs-Thunder ended with Dion Waiters going back-and-forth with his sworn nemesis Kyrie Irving in a five-point game. In a better world, they would have kept dueling for the fourth quarter. In the real world, LeBron is back.

He reentered the game to start the fourth, immediately hit a 3 in Waiters’s face, and what looked like a fair fight turned into a blowout. Cleveland went up double digits, LeBron had 12 points and three assists in the fourth, and the Cavs torched their doppelgängers.

I have no idea why LeBron looked so disappointing for the first few months, and I have no idea what he did in Miami while he was gone, but it’s all working again. Judging from the ABC broadcast, the buzzword here is energized. He’s getting to the rim, he doesn’t look sedated on defense, and if it continues like this — 30.3 ppg, 6.9 rpg, 6.3 apg in January — it changes everything for the Cavs.

LeBron went to Cleveland to play with younger superstars who could make his life easier, but that hasn’t worked. Forget Mozgov and J.R., and even Kyrie and Love. In the end, the Cavs will go as far as LeBron takes them.

It’s reductive to point to any team’s best player and say he decides everything — except when it’s this player. The same thing happened in Miami. Once LeBron went into Hulk mode in 2012, we stopped focusing on what Chris Bosh couldn’t do and started praising all the little things he could do. Erik Spoelstra went from Pat Riley’s lame duck to the best young coach in the league. Instead of the injury-prone veteran who couldn’t dominate anymore, Dwyane Wade became the clutch superstar who made a noble sacrifice for a title-winning team. All of them were good, but it worked only when LeBron was great.

Maybe this can be the story in Cleveland. When LeBron dominates, everyone gasps at Kyrie’s playmaking instead of scoffing at his decision-making. It looks like Kevin Love is finding his role instead of floating to nowhere. Suddenly David Blatt is getting control instead of losing it. That’s the power of the best player in the world. What’s that saying about boats and rising tides?

Jason Concepcion: As always, as ever, by hook or by crook, J.R. Smith is going to get his. Over the course of his career, J.R. has always existed in a binary state of basketball effectiveness, a human embodiment of the scorpion-and-the-frog allegory crossed with Schrödinger’s cat. Smith is going to do what Smith does, no matter the circumstance. The only question that has ever applied is whether that’s good or bad. The answer depends on if the shots are falling.

When the alarm clock goes off pic.twitter.com/aLpJtuMwFd

In 10 games in Cavaliers colors, Smith is averaging a Ray Allenesque 8.5 3-point attempts per game. Is that good? Yes, because he’s making 38.8 percent of them, right in line with his career 37 percent mark. Smith has always been a productive player, except for when he hasn’t.

The place where “Bad J.R.” dwells is in Smith’s propensity for turning wide-open looks into high-degree-of-difficulty, “This is Sparta” hero-ball attempts by eschewing the catch-and-shoot for shots of the multi-dribble, pump-faking, fall-away variety. I mean, they do look cool when they go in.

Thus far this season, per NBA.com, when Smith takes catch-and-shoot 3s, which he does 32 percent of the time, he converts at a rate of 39 percent. (Since he has joined the Cavs, he’s been hitting catch-and-shoot 3s at 43 percent.) The player whom Smith replaced, the ever-thirsty Dion Waiters, is shooting 26 percent off the catch-and-shoot. If Smith takes one dribble, his 3-point percentage drops to 31 percent. He’s shooting 38 percent off of two-dribble 3-pointers, which is like “whaaaaat,” until you take into account the relatively small sample size and that he shot 15 percent on all multi-dribble 3-pointers last season.

Versus the Thunder, J.R. took 12 3-pointers and hit four. He shot 29 percent for the game overall, but what do you want? It was a Sunday game.

In other words: J.R. Smith is a role model for Dion Waiters. I love the NBA.

Chris Ryan: Steph Curry is the best player on the best team in basketball, and James Harden is executive-producing a Twilight Zone episode starring Sam Presti, but after watching Anthony Davis on Sunday, I wonder whether the real MVP is playing in New Orleans. 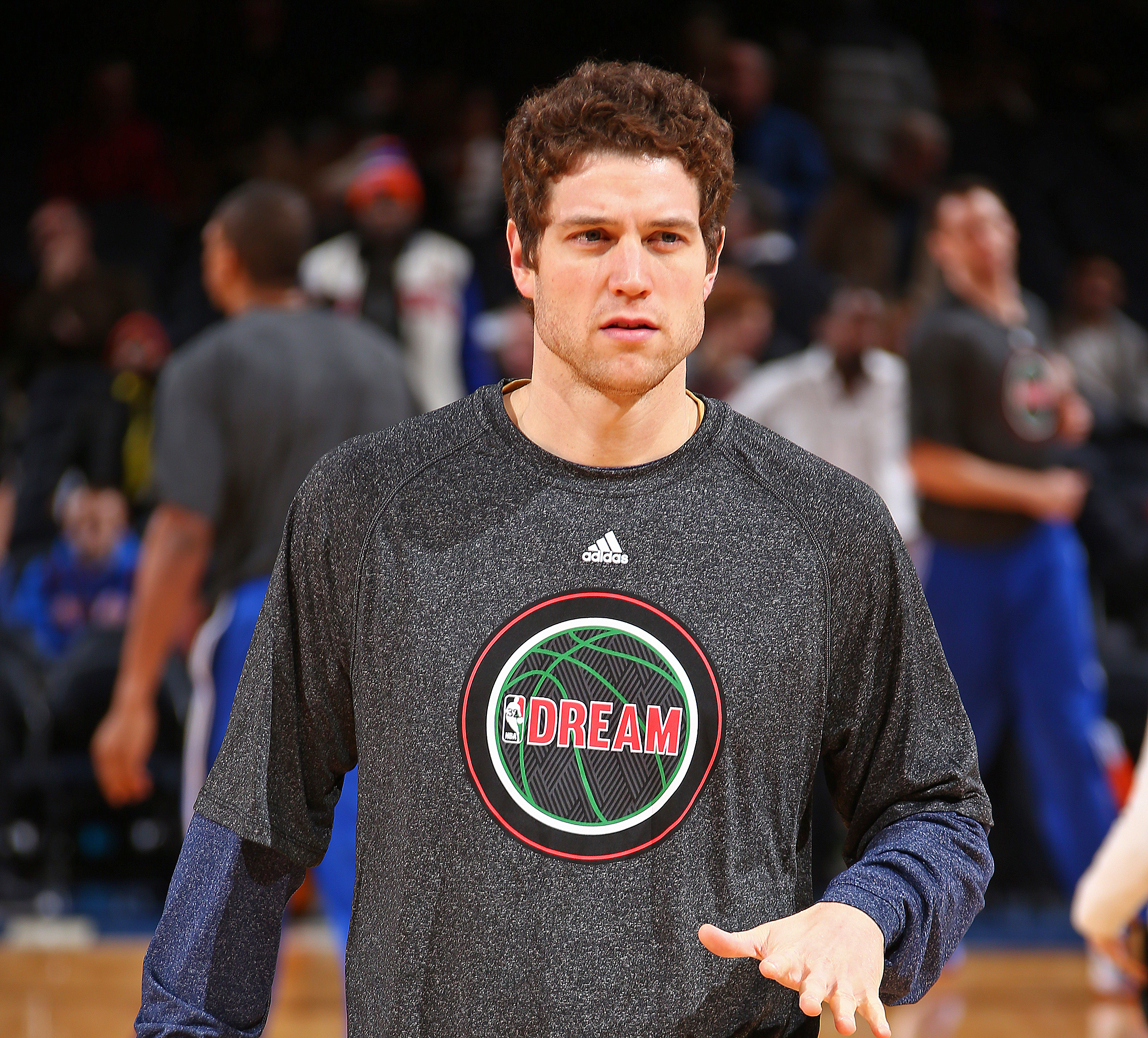 No, not Jimmer! This guy!

Anthony Davis scored 28 points, grabbed 10 boards, AND HAD FIVE STEALS. He was a frozen bottle of Volvic in the closing minutes of the Pelicans’ victory over the Mavericks — sinking four key free throws and stealing an inbounds pass from Rajon Rondo to pretty much seal the deal. Then he erupted into the emotional outburst you see above.

I like animated Brow! I mean, hell, I like animated anyone, but there’s something great about seeing Davis hulk out. We all know how his statistics got you like … 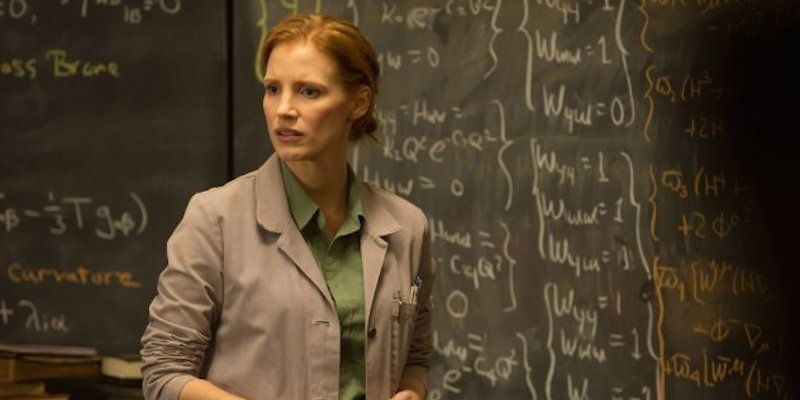 But I would put Davis forward for MVP for #narrative reasons. He is almost single-handedly (sorry, ’Reke) keeping the Pelicans in the unbelievably competitive Western Conference playoff race, and games like the one he had on Sunday are a perfect example of how, for N.O., he’s not just putting up all the numbers, he’s also the beating heart.

Jason Gallagher: On Sunday, Hassan Whiteside recorded his first triple-double, broke a franchise record with 12 blocks, and came out basically looking like Bill Russell — all in 25 minutes of play. It was amazing!

What was most impressive was the vast array of Whiteside blocks.

If you happened to miss the party and don’t believe me, just watch. 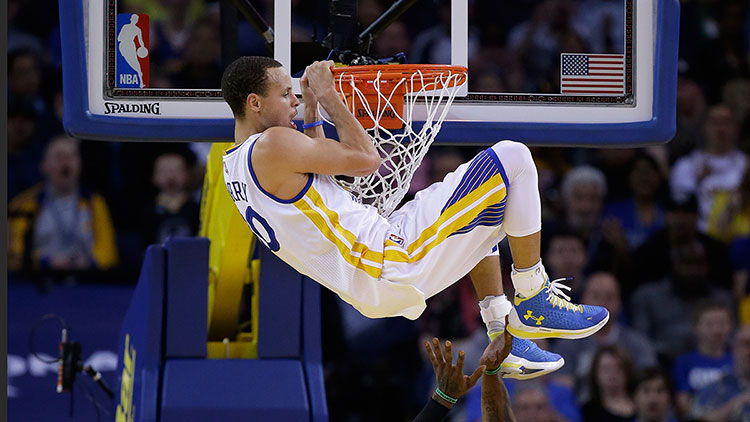 Danny Chau: There were a number of close games last night, and we’re getting to the point of the season when imbuing games with extraneous meaning becomes standard protocol. The Spurs are a machine undergoing maintenance, but were able to overcome a sucker-punch from the Bucks. And after the Pelicans’ clutch win over the Mavericks, the worst team in the league’s best division has the best divisional record against its Southwestern counterparts. We’re past the halfway point in the season. Some things are shaping up. Some things remain threateningly undefined.

After the Warriors escaped with a 114-111 win over the Celtics (wherein bad turnovers led to the Celtics cutting a 10-point deficit to three in 32 seconds), Stephen Curry mentioned that the team’s new challenge is “not getting bored with winning.” On the flip side, the Thunder haven’t been able to cobble together five impressive games consecutively in 2015, which is seriously messing with this dream 1-8 matchup between the two teams, a cosmic mandate if there ever were one. Their last two losses have come against two of the best teams in the East, but it’s still a sobering image looking at the Thunder sitting squarely at .500 in the standings. It seemed so safe to assume that Oklahoma City would simply be able to erase its recent past, that the cream would rise. But we could be staring at a story of two star-crossed lovers with no fairy-tale ending. The cruelty of that fate would have me denouncing fairy tales altogether, anyway.

Method to the Madness: How Belichick Rules the Draft