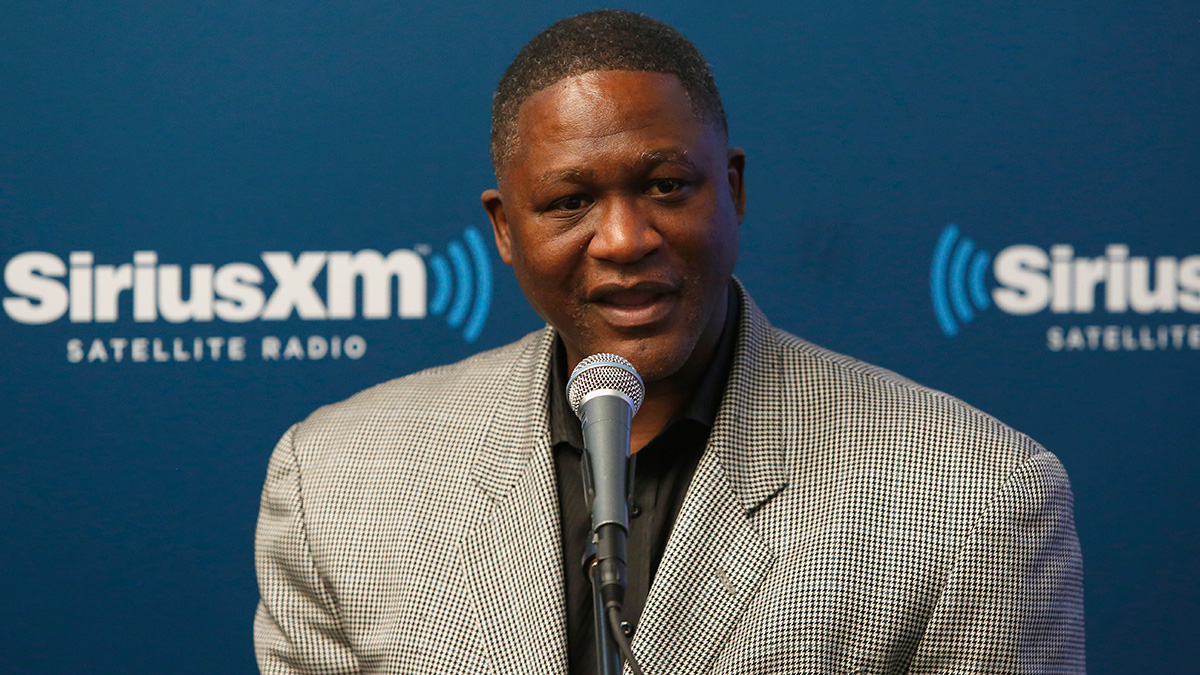 Dominique Wilkins earned the nickname “The Human Highlight Film,” yet somehow falls into the second tier of great players from his generation. When the league announced its list of the 50 greatest players in NBA history in 1996, Wilkins was left off the list, despite being (at the time) one of the game’s top-10 career scorers. Now, with his Atlanta Hawks soaring high, the organization is looking to honor its oft-overlooked legend. On Thursday, the team will unveil a statue of Wilkins, these days the Hawks’ vice-president of basketball, outside Philips Arena.

Grantland recently talked to Wilkins about the statue, the Hawks, the state of today’s NBA, and, of course, the slam dunk contest.

What does it mean to have a statue of yourself erected outside the arena?

It’s really hard to put into words what this does for me and my family. It’s a moment that never can be duplicated. And what it does for me, to be honest with you, is that in this city of Atlanta, we do have a basketball heritage and this is a statement to that effect. I feel it has been overlooked many, many, many years. It’s forgotten how successful this organization has been. Yeah, we haven’t won a championship, but we’ve played proud, consistent basketball in this city and we’ve had some great players come through this system. To have this statue for the city, for the state of Georgia, I mean, I can’t tell you how surreal this feels to me and for everybody in my family. This is a special moment.

What were your expectations for the Hawks entering this season?

Click here for all of our interviews with fascinating people from the worlds of sports and pop culture.
I knew we’d be good. I said before the season that this team would be in the top five. I said that and people looked at me like I was crazy. But I know basketball. I know our team, and all we did was add little pieces. Coach Bud has come in with a system that 100 percent works. You talk about the architect — the architect of this team is Coach Bud and his coaching staff and the players who bought into the system. Those guys deserve all the credit in the world, because they accepted the challenge that the coach put in front of them. There’s three things in my opinion [for why the team is thriving]: We defend on the basketball. Not a lot of teams in the NBA actually defend up front. Secondly, they trust one another. They love one another. Thirdly, we’ve got 10 guys who can shoot. Then you’ve got Jeff Teague, who in my opinion is the engine that makes this team run. 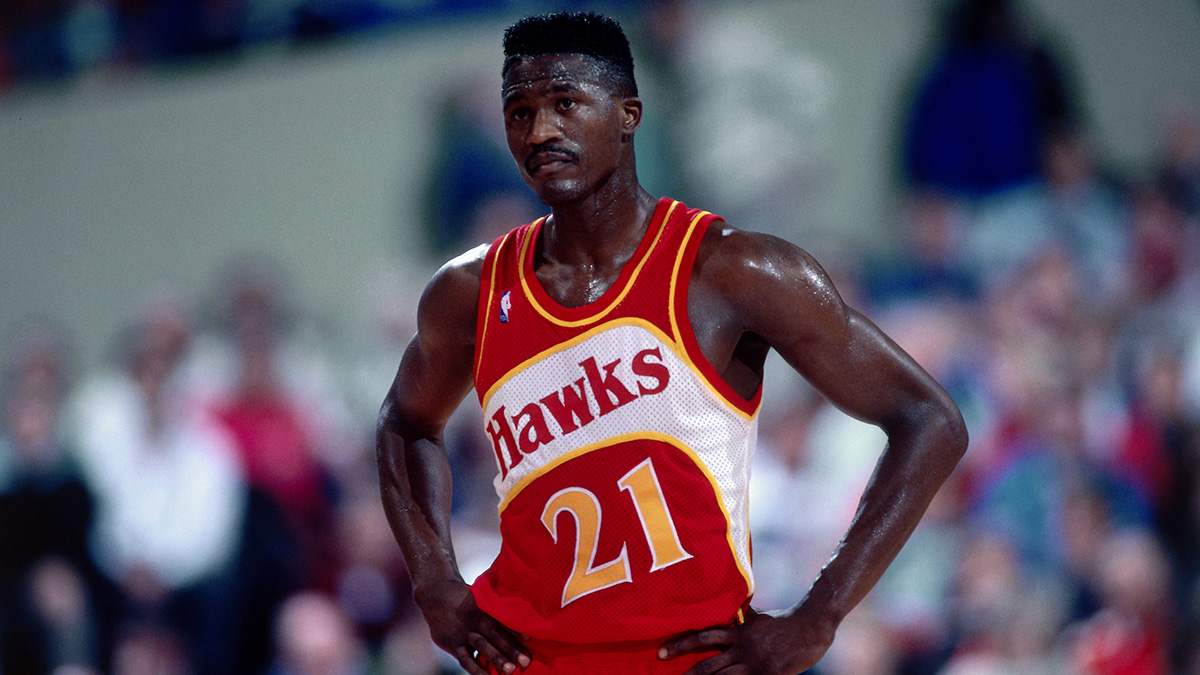 You know what? You can’t make the comparison. It’s a different era, different style of basketball. Guys were big, strong, physical players in that era. For this era, it’s a perfect team for this era — the way the game is played. The game was played more from the inside out than outside in [during the ’90s]. So you got guys in foul trouble more in that era because you had to play defense against those inside players.

What would you have averaged in today’s NBA?

Well, let’s see, [if] you couldn’t touch me, no hand checks, you use the elbows, and there’s flagrant fouls? I mean I really don’t know, but I can tell you this, I think it would be over 35 a game. I’m just being honest. I mean, if you can’t touch me? I mean, I played in the era when they could put their hand on your hip and guide you wherever they wanted you to go. But I love today’s game, the freedom that these guys play with. It’s a fun brand of basketball to watch.

How did you counter it when defenders could play so physically?

You had to match their physicality. We didn’t fear anybody. If you’re going to hit us, we’re going to hit you back. That was just our attitude. So we didn’t mind a team playing physical, because we were going to give it to you as much as we received it.

I read an anecdote you described recently about Larry Bird talking trash. Did any other players try to get under your skin that way?

Chuck Person. He talked trash. I remember I had 47, he still was talking. That’s when I knew he was crazy and he was not the brightest bulb on the tree — if I’ve got 47 and you’re still talking. You just kind of ignore guys like that.

How much trash did Michael Jordan talk?

MJ was great. We were fierce competitors. He was a fun guy to play against. I loved every moment we played against one another. We never talked. That wasn’t our game. We just played the game. We let our game do all the talking.

A lot of guys are trying to come back from major injuries. How was it for when you came back from your Achilles injury in 1992-93?

Well, the only thing I gained from that aspect was that I learned how to play the game more on the ground as well as in the air. I became more fundamentally sound. I was the only one to ever come back from an Achilles injury tear and play the way I played. I almost averaged 30 points a game that year. 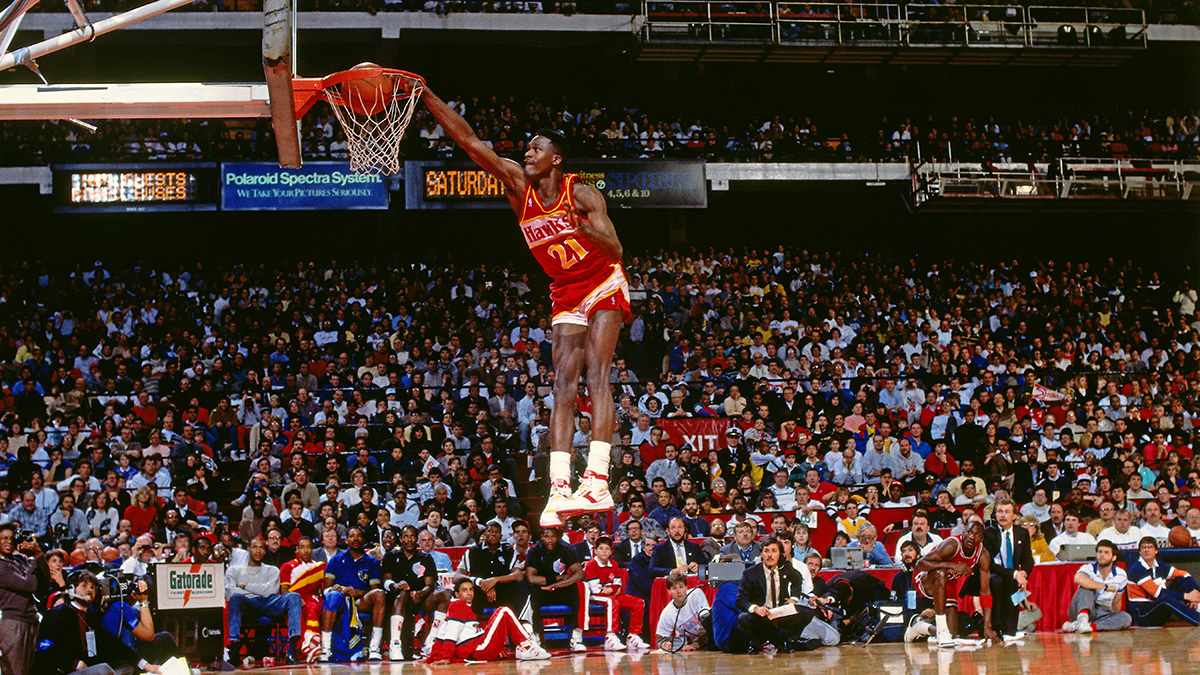 Where do you think Zach LaVine’s dunk contest performance ranks compared to yourself, Jordan, and Julius Erving?

In the better contests of recent history, it ranks up there. I enjoyed it. The young fella put on a nice show. I think the way they judged it this year was good. I still think they penalize you for missing the first dunk, but what they’ve done, they’ve cut it down some now. Miss three dunks, you get penalized. I like that format.

Are you still upset about losing to Michael Jordan in the 1988 slam dunk contest?

No. Mike and I knew it could have went either way, but the thing that’s important to us is that we set the bar high for these guys. It wasn’t about winning or losing. It was about giving the fans a thrill, because back in those days, the slam dunk contest was the signature event. People were standing in line, standing room only for the dunk contest. That’s the thing I remember more.

Do you still feel you’ve been overlooked in discussions about the best players in NBA history?

I’ve been overlooked quite a few times. You look at the 50 greatest, I was seventh all-time leading scorer and I got left off along with Bob McAdoo. How is that even possible? But maybe I wasn’t the flavor of the month. To this day that bothers me, but I tried to move past it, because my peers know what I brought to the game. [But with] going into the Hall of Fame and now the statue, it brings everything back full circle.