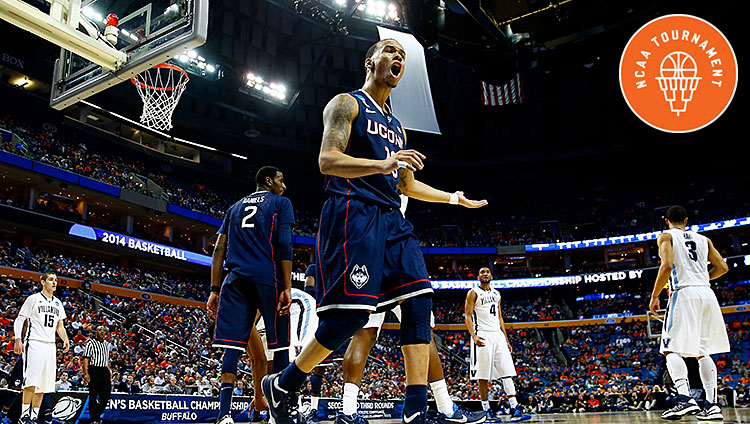 Tonight marks the first time in 53 years that an NCAA tournament game will be played in the world’s most famous arena, which means Spike Lee has a perfect opportunity to force his way into the spotlight. And with his beloved Knicks two games back in the loss column for the last playoff spot in the East with 10 games to play, Lee also has a perfect opportunity to tell Phil Jackson what he should do with the first-round pick the Knicks don’t even have. In other words, I’m predicting that Lee is going to draw as much attention to himself as he possibly can, while also sending an ill-informed message to the Knicks’ front office that he expects them to pull off the impossible. I know — it’s crazy for me to think this has any shot of happening.

Both Michigan teams will lose 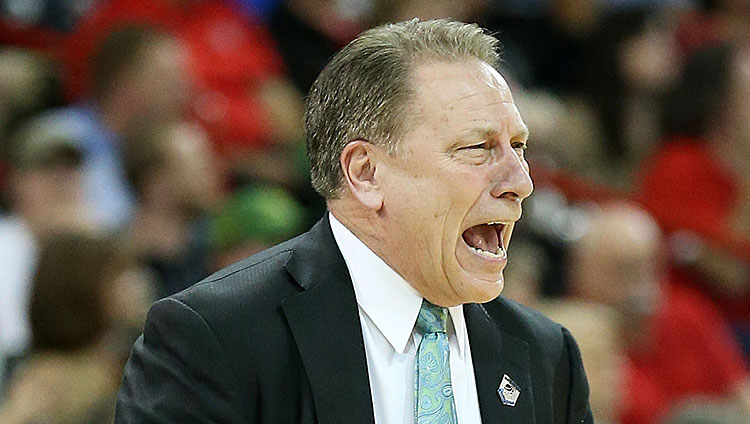 If you created a team whose only purpose was to exploit all of Michigan’s weaknesses, it would probably look a lot like Tennessee. The Volunteers are great defensively, they have a ton of size, and there are multiple guys who can score on the block. They outrebound pretty much everybody they play. They’re physical, nasty SOBs who lick their lips at the sight of finesse basketball teams. Michigan has significantly better players than Tennessee, but Tennessee has better fighters. And, unlike other teams who fit that description (Ohio State, Cincinnati, Saint Louis, etc.), Tennessee has multiple guys who can score.

It’s easier said than done, but if the Vols can turn tonight’s game into more of a street fight and less of a 3-point contest, Michigan is in trouble. This is why I think — as much as it hurts me at my core to type these words — the game will largely be decided by the refs. A tight whistle gives Michigan a huge advantage. If the refs swallow their whistles, it will basically be their way of saying they’re on the take and need the Vols to get to the Elite Eight.

Meanwhile, these past couple of weeks, America has been so busy fawning over Michigan State and Tom Izzo’s streak of every four-year player making a Final Four, that nobody seems to realize Virginia hasn’t lost a 40-minute game in two and a half months. I mean, I get it — Michigan State has battled injuries all season, finally got everyone healthy, took a little while to adjust, and used the Big Ten tournament to show the world it’s got it figured out. I sat 10 feet from the court at the Big Ten tourney and was floored by how physically overwhelming the Spartans are. This was something John Beilein also noticed when he randomly sat next to me for Michigan State–Wisconsin and asked me a handful of times if I thought Michigan State looked like a pro team. People aren’t wrong for being so high on the Spartans.

But it’s not like MSU is playing Penn State tonight. As lethal as the Spartan offense can be, the last time it played a team that was anywhere close to Virginia’s level defensively was when it lost at Ohio State two and a half weeks ago. And Virginia is just a little better than the Buckeyes. Because the Cavs play such great defense and because they play so slowly, Michigan State is faced with two choices:

(a) Play up-tempo anyway and risk taking quick, challenged shots, or (b) slow it down, and try to play vintage Big Ten basketball. Either way, Virginia will have the advantage, which is why it’s confusing to see so many people assuming the Spartans are going to cruise.

Louisville vs. Kentucky will be a massive letdown 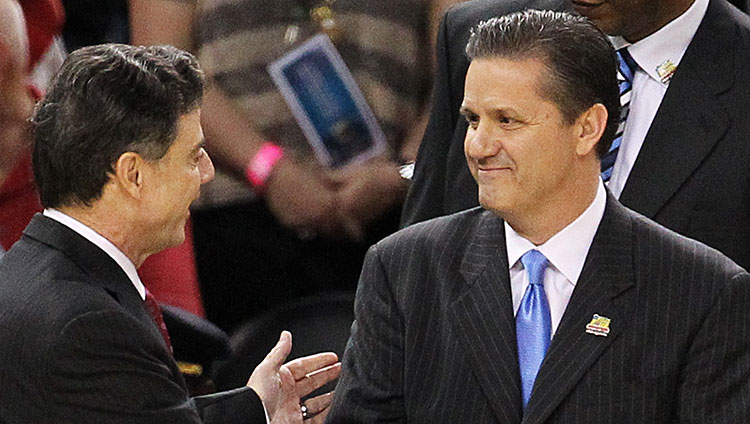 Against my better judgment, I’ve bought into the hype surrounding what feels like the 742nd enormous game in the last three years between Louisville and Kentucky. I know that neither of these teams will likely win a national title this season, and this game isn’t half as important as people in Kentucky are probably making it out to be. But one of my favorite college basketball traditions is seeing Rick Pitino and John Calipari shake hands, hold on for way too long as they laugh at whatever it is they say to one another, and then turn around and say, “I hate that guy so much” as they walk back to their benches. I can’t get enough of the hype, which is why I hear talking heads say, “These teams flat-out don’t like each other!” and instead of rolling my eyes at another dumb cliché, I look like this.

That’s why I’m certain Louisville is going to run away with it. I know, I know. Kentucky is playing well and it already beat Louisville this season, in a game in which Julius Randle went MIA in the second half after Russ Smith dunked on him. But Louisville has plenty of things working for it this time around:

1. The game isn’t at Rupp Arena.
2. Luke Hancock is fully healthy.
3. Montrezl Harrell is 10 times better than he was in the first game.
4. Revenge is a hell of a motivator.
5. Chane Behanan isn’t around to play 20 minutes, score zero points, and turn the ball over three times.

I get the feeling Kentucky’s guys have spent all week getting patted on the back and having cake pops made in their likenesses after the thrilling Wichita State win, all while Louisville’s guys have done nothing but watch tape from the first game while sharpening swords for dramatic effect.

Shabazz Napier will fly too close to the sun

Even though UConn is pretty good defensively, I envision the Iowa State–UConn game being an up-and-down shootout with a final score in at least the 80s. Assuming everyone is playing his best, the Huskies have enough firepower to keep up with the Cyclones. But that’s not going to stop Napier from getting wide-eyed at the combination of playing in a high-scoring Sweet 16 game in Madison Square Garden. Napier has been Kemba Walker Jr. pretty much all season for UConn, which is why he has to know the Huskies need four consecutive heroic performances from him if they have any chance at a national title. The problem with this, as UConn fans are quick to point out, is that the standard Walker set in 2011 is unattainable.

You know how every time there’s a prototype of something in a movie, the main character will use the prototype to do something it hasn’t been completely tested to do yet? The love interest and/or sidekick screams, “It’s not made to go this fast!” or “It’s only in the developmental stage! There isn’t enough data to use this yet!” But the main character always ignores them and uses it anyway, because playing by the rules makes for a shitty movie. And then right as we’re led to believe the prototype may actually work, it inevitably falls into a million pieces and/or explodes. That’s going to be Napier when he tries to put on the Kemba Walker costume tonight. There will be a moment in the second half when we’ll all think, Son of a bitch. He just might pull this off after all. But then Napier will push his limits a little too far, try to make one too many heroic plays, and the entire game will cave in on him and UConn.

Let’s not get crazy here — somebody in the studio is definitely going to tell him how to pronounce it first. The way I see it going down: Barkley is previewing the Iowa State–UConn game, he says he was impressed to see the Cyclones play well against North Carolina despite not having “what’s his name.” Clark Kellogg then chimes in with “Georges Niang” and Barkley just parrots what Kellogg says before continuing his point. Either way, Sir Charles is going to get Niang’s entire name right, which should go down as the biggest upset in this year’s tournament.