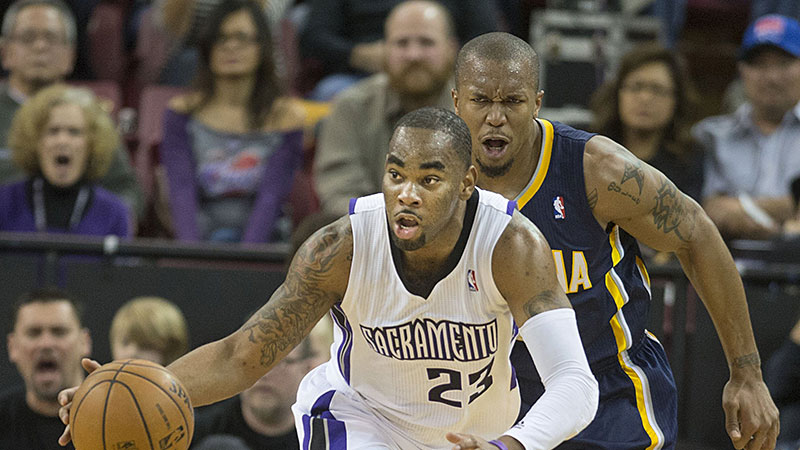 Yesterday, the Kings and Nets made the biggest trade of the week so far. That’s not saying much. Sacramento sent Marcus Thornton to Brooklyn in exchange for Jason Terry and Reggie Evans.

Thornton is having the opposite of a career year. He is still relatively young and, in the right situation, can knock down 3s at decent rates. But this season he’s struggled to do that. Last year, he shot 37 percent from behind the arc; this season, he’s down to 32 percent, which is below the league average. Thornton’s mediocre scoring performance this season makes it hard to remember the player who averaged 21.3 points per game with Sacramento just three seasons ago. 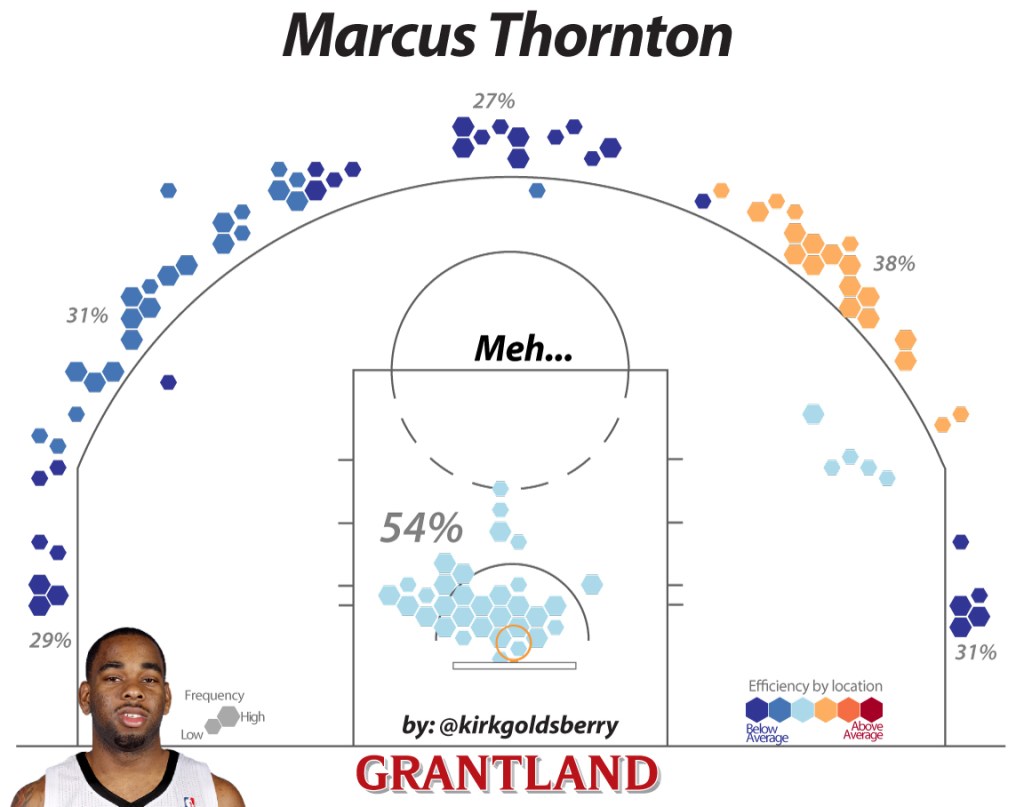 Thornton’s shot chart does not look like that of an $8 million player, but the Nets are hoping his disappointing form is an anomaly, and that he can regain some of his bygone effectiveness, particularly from beyond the arc.

In Terry and Evans, the Kings get two old guys who have combined for seven points and six rebounds per game this season. But they also clear some salary off the books, and get rid of a player who probably wasn’t in their long-term plans anyway; Thornton was redundant in the Ben McLemore era.

Terry is a shell of his former self. In that same season when Thornton averaged more than 20 points per game with the Kings, Terry was one of the key players on the title-winning Dallas Mavericks. Evans is a pure rebounder and definitely not a scorer. As a boards specialist, he has shown that he can be among the best in the league at grabbing missed shots. However, he may not see enough minutes to showcase those talents. He joins a team with an already crowded frontcourt.

Thornton simply didn’t fit in the world of Rudy Gay and McLemore, but he could be a great bench scorer in Brooklyn. Given his current production, though, he’s not worth his contract. Terry will anchor the Kings’ bench, and will be relied upon to score. He’s put up horrible shooting numbers this season and he is 36 years old. Realistically, the Kings’ best pull in this trade was future cap space, and the winner of this deal will depend on how Thornton responds to his new environment.