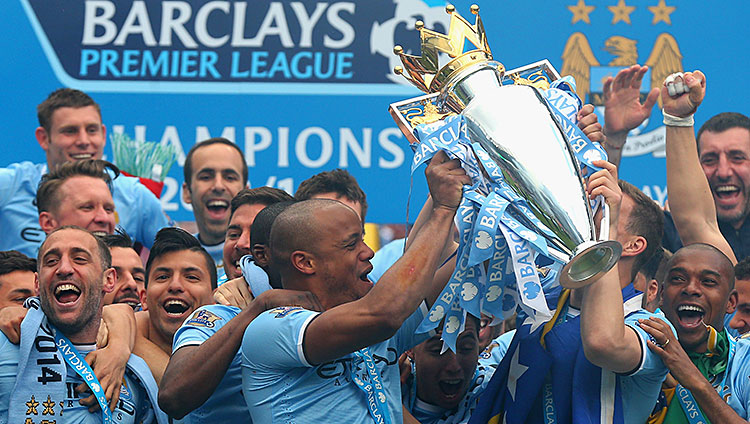 It seems to be a sign of our fast-paced media times that Manchester City’s title win is only 24 hours old and already feels like it was totally inevitable. Nowadays things are obviously going to happen, until they don’t, and then obviously never were. And so it is with Manchester City, your 2013-14 Barclays Premier League Champions. City are completely deserving (much as I hate that word), in that, on balance, they played the best football over the entire course of the season. But City were never the most interesting team. All season long, they served as a foil, the antagonist in another team’s plot.

Everybody knew Manchester City would be good. But contemplating how good was never as interesting as contemplating as how good their rivals would be.

Halfway through the season, despite being one point from the top, an undefeated home record, scoring 10 more goals than any other team, and a pretty absurd plus-33 goal differential (12 ahead of the pack), Manchester City were still, to non-City supporters at least, the team everybody wondered if Arsenal could stay in front of. And, when Arsenal began their inevitable decline (obvious in retrospect like everything else, although many of the underlying numbers — including just a basically subpar goal difference — predicted it), City were the beneficiaries. Never mind that over one 12-game stretch, City dropped a total of two points.

And still … the stretch run was all about Liverpool. City were again relegated to the team somebody else had to beat. And in a game that, once again, obviously decided the title until it didn’t, City were on the wrong end. It’s tough to square that City’s 3-2 loss at Anfield, probably the most compelling game of the season, which pitted first against second, ended up having relatively little impact on the title race. City’s loss could very well have cost them the title. But the story of Liverpool was so unexpected, so dramatic, and so riveting, that again City became an afterthought. 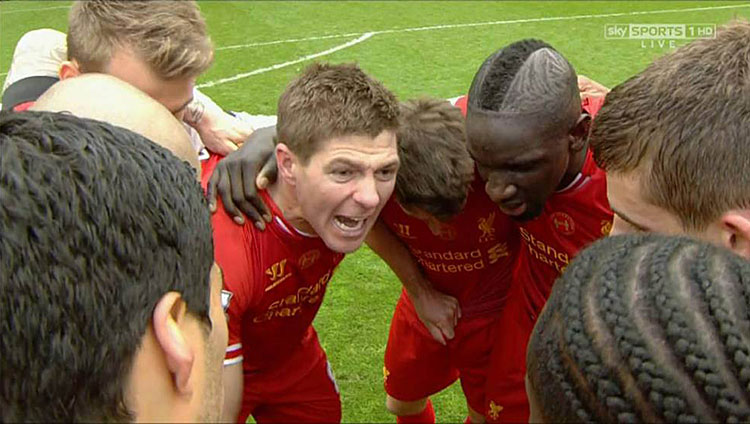 In that universe, we all would have anxiously awaited the resolution of City’s bold gamble. Would Manuel Pellegrini’s accomplishments really carry over to the Premier League? Sure, he’d taken teams deep into the Champions League, but his signature moments came with Villarreal and Malaga, and he lasted only one year with Real Madrid. And on top of that, to add four players with no Premier League experience, City had a giant gamble on their hands. It’s easy to shrug in retrospect and say it was a sure thing the new regime at City would work, and that director of football Txiki Begiristain’s master plan wouldn’t fail, given the amount of money spent. But, as City fans know after failed flirtations with Mario Balotelli, Maicon, Robinho, and others, expensive transfers sometimes simply don’t work. And even when one does, it frequently takes time.

Fernandinho integrated seamlessly into a City side, while the man who plays his role for Brazil, Paulinho, struggled to fit in at Tottenham. Álvaro Negredo spent the first half of the year knocking in goals for fun, while his countryman Roberto Soldado couldn’t hit the broadside of a barn, again for Tottenham (sorry, Spurs fans). Jesús Navas, who had at one point in life been so reticent to travel, he turned down a spot on the Spanish national team, adjusted to Premier League life just fine. Only Stevan Jovetic, troubled by injuries, failed to truly make an impact for City this season. Maybe they got lucky, maybe they scouted better, maybe the La Liga experience of City’s management helped. Who knows the reasons? City’s transfers succeeded where others did not.

And those new transfers don’t even include Martín Demichelis, who was brought in on the cheap and managed to play 27 Premier League games. And he at points wasn’t even City’s worst defender, as Vincent Kompany suffered alarming dips in his once lofty form.

On top of all those new faces, two of City’s three best players, David Silva and Sergio Agüero, missed significant amounts of time due to injury, making it even more important that the third, Yaya Touré, had the best season of his already accomplished career.

At age 30, when most two-way players begin to drift into becoming one-and-a-half-way players, at best, Touré had the best offensive season of his career — not just in goals, which can be somewhat misleading, given that he takes penalties and had an outrageously good year taking free kicks, but with regard to his assuming a lot of playmaker duties in the final third of the field.

Manchester City were a championship-winning team, much like all championship-winning teams. They had their own very compelling story lines. Uncertainty to start, injuries and a suspect defense to overcome over the course of the season, big losses that threatened to torpedo their hopes. But because those story lines were never quite as compelling as those swirling around North London, Merseyside, and even the other half of Manchester, City’s championship will likely go underappreciated. They will be looked upon as the team that spent their way to the championship and underachieved in the process. They deserve better. Not only do they deserve the championship, they also deserve the story that goes with it. They’ve waited all year for it.