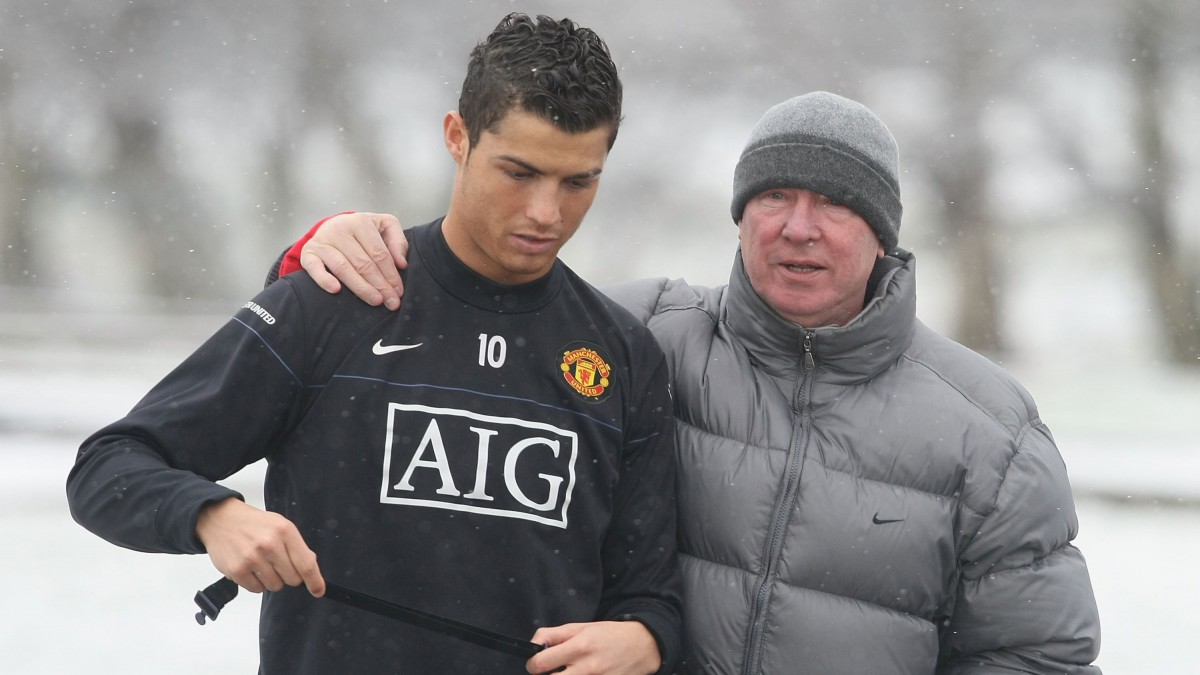 Don’t think for a tinker’s red second that I don’t know exactly how you feel, finding an email from me. I know, Cristiano. If there’s one thing they could say about me, it’s that I always knew what my boys were feeling — better than they did, most times, not that it took a chess master to out-think Gary Pallister. And yes, son, you’re still one of my boys. Now and always. Not a transfer fee on earth’ll win you a move from that club. So quit grimacing at your screen like a Kirkcaldy bricklayer with his first taste of chicken vindaloo. Sit down and pay attention.

Bloody laptop’s probably got rhinestones on it.

Point is, I know how the gears are turning in that shiny little clock of yours. Old man’s lost it, you’re thinking, contacting me after all this time. I’m sat here on a park bench with a copy of Dr. Jekyll and Mr. Hyde on my knee (Stevenson, and yes, I recommend it) and you’re more an open book to me than it is.

You need shaking up, son. You’re in a poor way. Every time I flip the telly on lately, which isn’t often, but every time I do, you’re on there, suffering bad news. You were ahead of Messi, what was it? Twenty goals to seven in November, and now he’s surpassed you. Your Real Madrid boys were a shoo-in for the title, and now you’ve gone and lost to Barcelona. You’ve fallen four points back. They’re saying your head’s gone off because you split up with some swimsuit woman. They’re saying you had a birthday party for yourself the night your team lost to Atlético 4-0.

Well, I don’t know how they do things in that Spain of yours. But if one of my players had thrown a party after losing like that to City, they’d have needed a road grader to scrape what was left of him out of the pavement.

I love you, Cristiano. Always did. No shame in that. Retirement gives you time to look around, find the size of what matters to you. You catch yourself saying it more, not to remind yourself (you don’t need a reminder), but because it’s something solid you can go back to. Everything is water; well, here’s the rock. And the rock for me is my boys. Not all of you, but some of you. Ryan. Paul. Roy, though I’d never tell him. The best of you.

I suppose I ought to question why the players I loved were the players who helped me win trophies, but I don’t. Excellence is a quality in a person, the same as intelligence or mercy. If you’re attuned to it, you can see it burning in a man’s chest, like a hot coal. That’s what I love, that burning. Other people took one look at you and thought you’d be flash or soft, thought you spent all your time shopping for pants. Not me. I saw your heart, right through the bars of your rib cage. And it glowed, boy. How it glowed.

David Beckham said something to me once that I’ve never forgotten. I was in my office, enjoying a glass of the ’94 Margaux — not a great wine, but a decent wine, the Michael Carrick of wines, and worth savoring. David walked by looking, as usual, like the interest rate on the world’s most erotic bank loan, with a tinny sound leaking straight out of his headphones. Fzzzz bip bip, fzzzz bip bip. You get the picture. I told him in no uncertain terms to disport himself elsewhere as his feckless children’s music was taking the bloom off my bordeaux. “Sorry, boss,” he said, looking sheepish. “But this 808 has a beat that could kick-start the Death Star.”

Now, I have not one blessed clue what any of those words mean. Safer not to know. But they come back to me from time to time, the way words do. I’ll see a butterfly, say, fzzzz-bipping across a meadow, and I’ll think, That little 808 has a beat that could kick-start the Death Star. The first time I saw you, son, I thought the same thing. The way you ran, and ran, and ran, always fluttering a little, never doing exactly what anyone would expect. It was light, what you did, it was wafting, but you could feel it in the hollow of your gut, too, like the hint of a storm coming. Death Star, prepare to be kick-started.

You were a bit like a butterfly yourself, Cristiano, if a butterfly had pace, a grenade launcher, and the worst of intentions.

When you missed the penalty in Moscow, when the world saw you like that, weeping and laid flat out in the mud — well, it was a bit like Dr. Jekyll, wasn’t it? There was the outer person, and there was the creature within. In your case, to be fair, the outer person was a coiffed water-skier with a gold-chain problem. But it meant nothing, because the creature within … that was the howling beast of rage and desire that burst out on the Luzhniki sod. In that moment of supreme failure, the world saw the burning thing that drove you — what I’d seen all along.

How could I not have loved you after that, if I hadn’t loved you already?

Half the world misunderstood, of course. Half the world always will. That was what José, your countryman, never recognized — that when you step foot in any room, half the people there will simply be dead to you, like limbs you can’t will to move. José thought he could put on his tap-dancing suit and twinkle like the sugarplum fairy and decide how the crowd would react. For me, mind games were only about two things, ever. Figuring out who the dead ones were, and making sure they stayed that way.

So what did it matter if you were mocked as much as you were loved? A player with your talent has a target on him the size of a fat ewe’s buttocks. They called you a ponce or a princess; so what? They called me a bully and a drunk. Many’s the night I’d lay down the paper and think, Pity I was born with this hearing defect — I’m deaf to what dead people say. The living ones, son, they knew you. The living ones recognized what you were.

I’m going to the trouble of telling you all this so you’ll know that it’s for your own good that I tell you the next thing, which is to GET AHOLD ON YOURSELF BEFORE YOU GO AND COCK IT UP. You’re hanging off the cliff’s edge, boy. You may not know it, but you are. I’ve seen the signs often enough. You think it’ll never end, you think football is your own pink balloon. Then a patch of trouble hits and the next thing you know you’re Dimitar Berbatov in a world without nicotine. Be careful how you proceed. 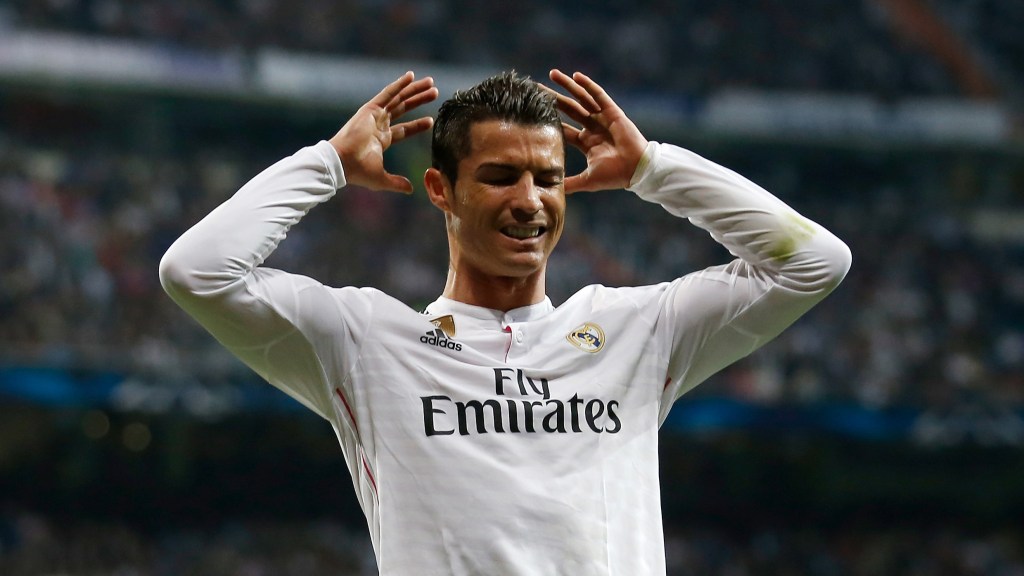 You’re out of balance. Your parts aren’t lining up. Gareth Bale isn’t the problem; Gareth Bale is an excuse. Your trouble, son, is that you’re afraid to be hated. You can take it, because you’re strong. Have to be, to do what you’ve done. But you have to face up to it every time. You can’t just chomp a stick of gum and scowl it off. I’m sorry to say it, but … you care. Your outer person wants to be a golden prince. But there’s room for only one prince in that league of yours, and it never will be you. And it weakens you, a little at a time.

I remember something else David Beckham once said to me. We were at a charity auction. The star player and the manager, obligation to the community, bubbles and tuxedos, you can set the scene. David in black tie, like a lingering fart of the angel Gabriel. And I remember he kept bidding on writing desks. It started because he saw, oh, some Empire secretary he thought Victoria could use as a wrapping station for the baby’s Christmas presents. Debenham? Naples? I forget their little ones’ names. But after he won it, he kept bidding. Writing desk after writing desk he bought. Thousands upon thousands of pounds. And I thought, I know David has a soft heart, but he does not feel this strongly about the endangered Manitoban pine bat. And that wife of his cannot need 36 antiques just to wrap little Polynesia’s Erector set. So I asked him what in the mustard-scented hell he thought he was doing. And indicating with a nod a bespectacled and nonthreatening Mancunian solicitor with whom he was apparently vying for the latest Louis the whichevereth bureau, he bopped his head from side to side with a display of pure insouciance and said, “Scared to death and scared to look, they shook, ’cause ain’t no such thing as halfway crooks.”

Again, not a shard of comprehension do I possess about the meaning of this sentence. But I think its wisdom shines through. Boy, you want to have the nicest clothes, the prettiest girl, the best parties, the whitest boat, the most reflective sunglasses. You want people to look at you and say, Yes, like that. But that isn’t how people see you. Not the dead ones, anyway. Your tiny Argentine rival is foreordained to be the fairy-tale prince. I’m sorry, but it’s true. The harder you try, the harder you press down on the demon in your stomach, the more you doom yourself to being a halfway crook.

So you have two options, son, and it’s time to make your choice. Don’t forget, I see all the way through you. One path leads to dominance; the other leads to ruin and a very white boat. You can go on as you are, and slowly grow weaker and weaker. Or? Well, what does Dr. Jekyll do when he drinks the smoking potion? What happens when you give way to the creature within? What can you be, if not the fairy-tale prince?

Fond regards — and don’t bother writing back; I won’t read it,

‘The Lowe Post’ Podcast: J.J. Redick on the Clippers, the MVP Race, and His Acting Debut