It’s Time for True Seeding in the NBA Playoffs 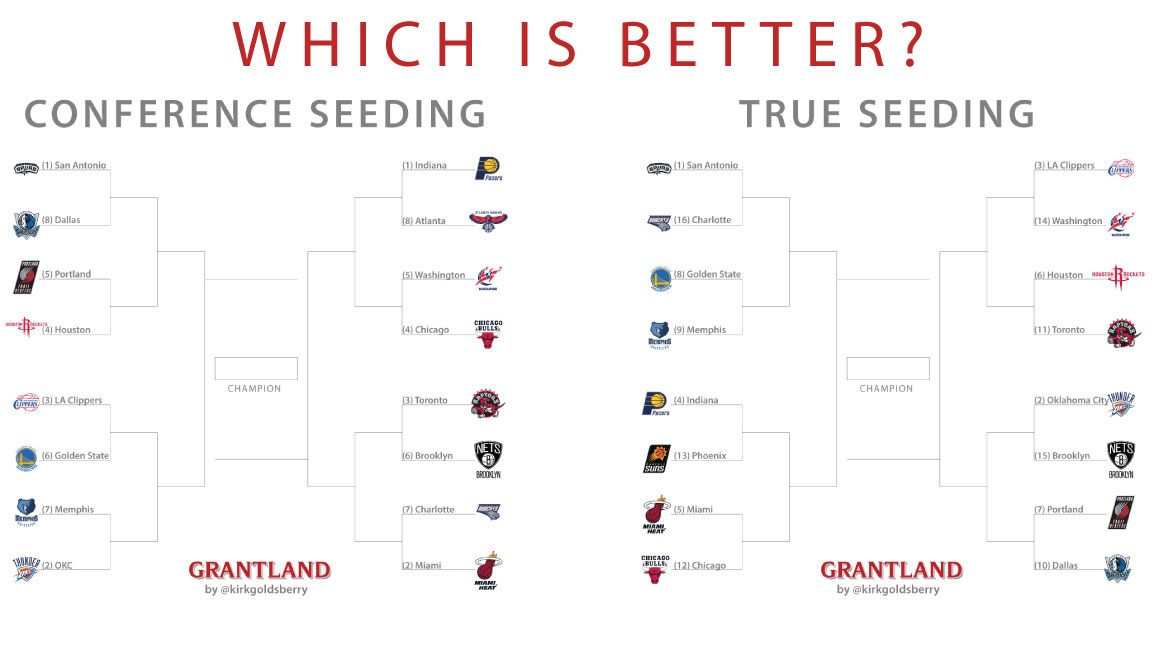 Saturday marks one of the best days of the sport year: the first day of the NBA playoffs. Sadly, if you’re like me, or if you root for the Suns, you’ll spend a lot of the weekend dwelling on one key shortcoming of the greatest basketball tournament on earth: an outdated, arbitrary, and costly geographic bias.

As good as the playoffs are, they would probably be better if the NBA abolished conferences and liberated its playoff system from the tyranny of irrelevant regionalism. 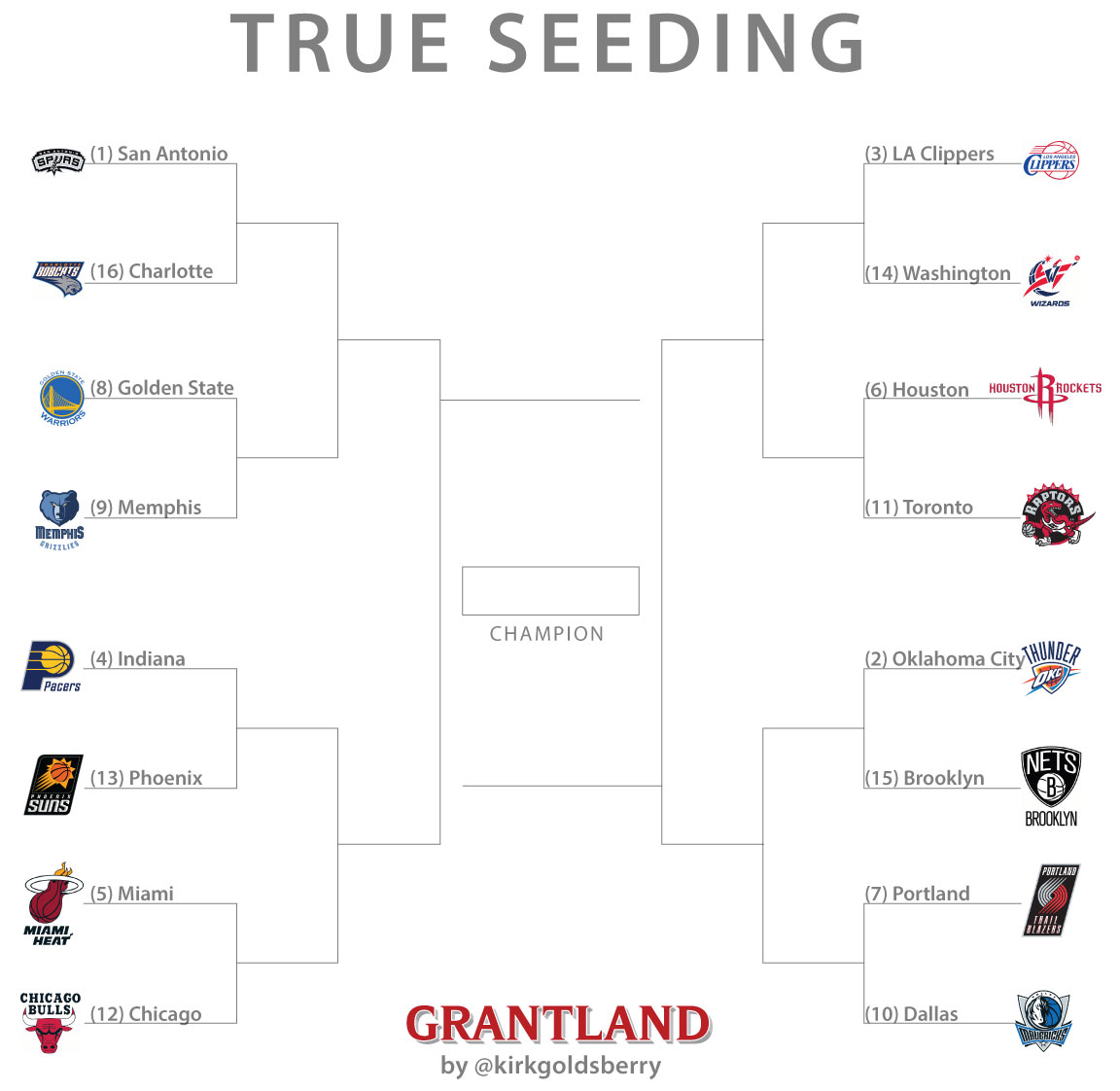 Above is what this year’s playoff bracket would look like if the league simply took the top 16 teams and seeded them according to their overall records. Not only does that seem fair and easy, it generates more superior matchups than the current system, which gives us this: 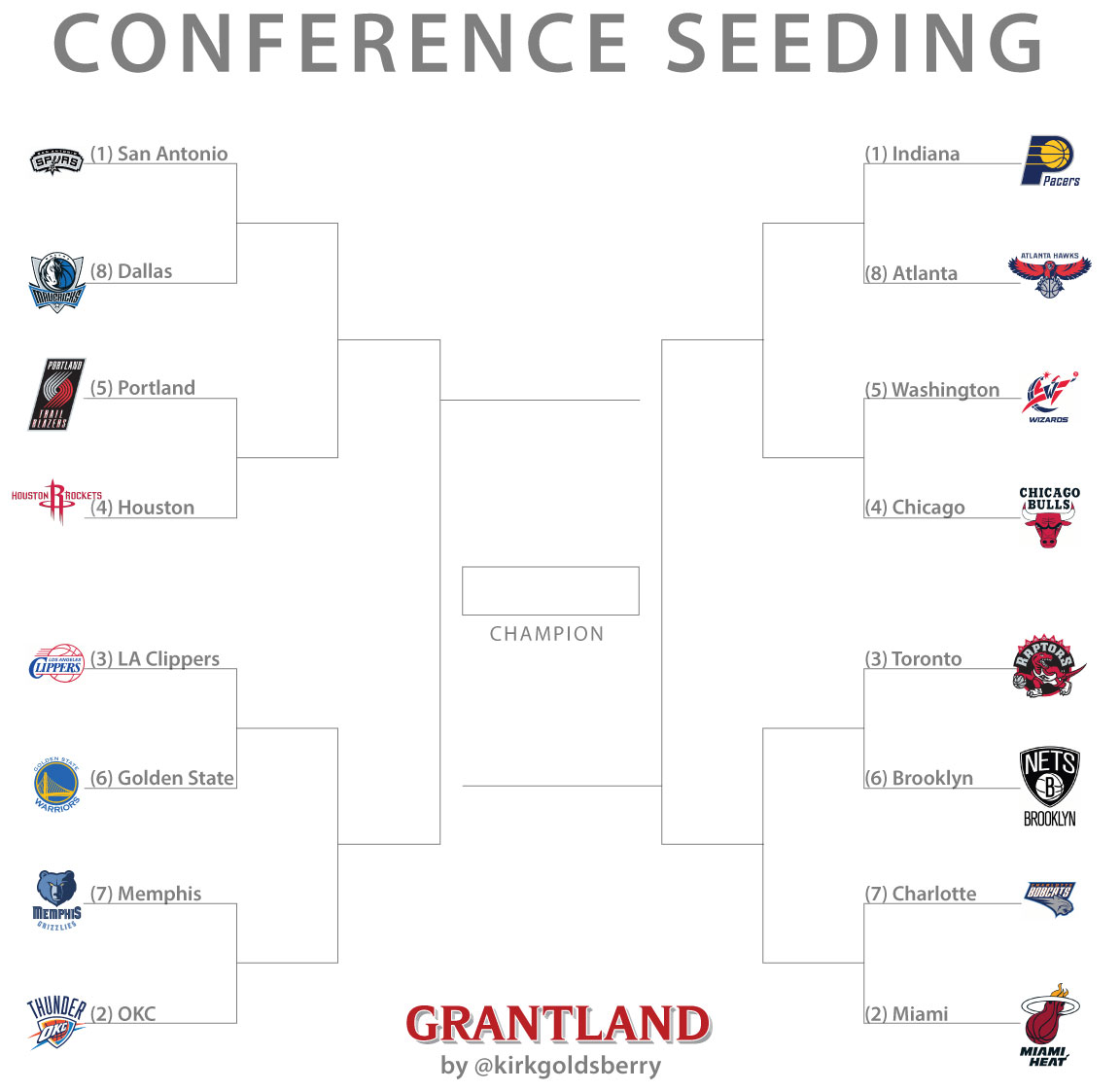 This year’s Western Conference playoffs are going to be great. But some of the lower seeds in the West shouldn’t even be lower seeds at all. The way the current system works, teams like Golden State and Portland might be first-round casualties, while far less accomplished clubs like Toronto and Chicago not only get home court in the first round, but also have a great chance of reaching the conference semifinals.

In this particular season, any conversation on this topic needs to address Phoenix and Atlanta. You could easily argue that fans at large are being robbed by not getting to see the highly entertaining upstart Suns (48-34) in the postseason. Instead, we are also being “treated” to a few bonus Hawks (38-44) games. Using a true seeding approach, the Suns would be the 13th seed; using the conventional approach, they’re left out. Meanwhile, the Hawks — who don’t even really want to be there — are in. FANtastic.

Could you imagine watching the Suns taking on this struggling Pacers team in Round 1?

NBA Regular-Season Shootaround: Good-bye to All That