Is Quincy Pondexter Memphis’s Best Hope to Beat the Spurs? 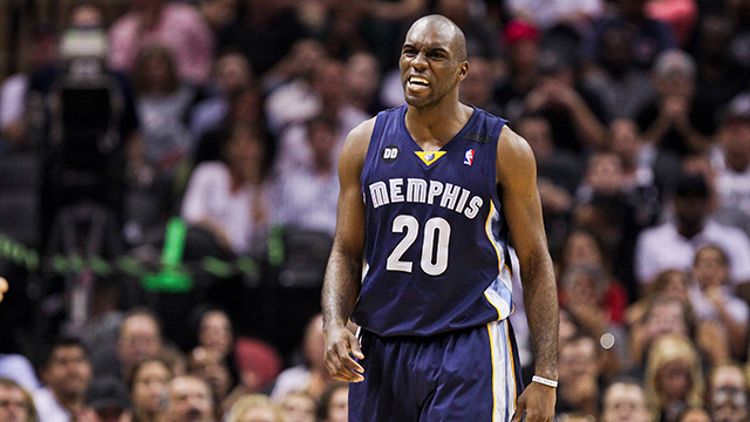 With a trip to the Finals hanging in the balance, a reeling Memphis Grizzlies squad, down 0-2 to the San Antonio Spurs, is looking to find their footing as they head back to FedEx Forum for two of the most important home games in franchise history. One stabilizing force that has emerged from a shaky start is unheralded reserve Quincy Pondexter.

At the end of Game 2 of the Western Conference finals, Pondexter’s presence as a 3-point ace seemed to finally loosen up a Spurs defense that was easily able to key in on Zach Randolph through the first seven quarters of this series. The Spurs have dared Randolph’s teammates to beat them from the 3-point line. Tony Allen and Tayshaun Prince have struggled to make San Antonio head coach Gregg Popovich pay for his brazen strategy, turning the Grizzlies’ ferocious frontcourt duo of Randolph and Marc Gasol into a pair of cuddly cubs. Pondexter, on the other hand, has been terrific, going 6-of-13 from beyond the arc and scoring 24 points over the course of the first two games.

This development creates something of a dilemma for Memphis coach Lionel Hollins. Prince and Allen have played key roles in the team’s suffocating defense this season, and though Pondexter is hardly a slouch on that end of the floor, he can’t match Allen’s penchant for disrupting opponents. By giving Pondexter heavy minutes the rest of the series, Hollins will be forced to sacrifice his team’s calling card, its defense, to boost its struggling offense. Due to a steep decline on offense, Prince is becoming close to unplayable regardless of the length and intelligence he brings onto the floor. Removing him or Allen from the team’s best regular-season defensive unit is a big risk, but by choosing to go with Pondexter’s offense, Hollins may actually help fortify his team’s defense as well.

On this play, Kawhi Leonard and Tim Duncan double-team Randolph nearly the entire possession without fear that Prince would find space for an open shot. Their teammate Danny Green, meanwhile, never even looks at Allen, much less tries to actively guard him. The Grizzlies are essentially playing 3-on-5 offensively when those two share the court.

It’s the resulting misses, like the one from a harried Randolph in that Game 2 clip, that allows the Spurs to break up court for layups, open 3s, or just the opportunity to run through their well-refined sets with nearly a full shot clock at their disposal. The easiest way to stop this? That’s easy: don’t miss.

This is where Pondexter comes in. Whenever the reserve wing is on the floor, Memphis not only has a perimeter player fully capable of converting open looks, but a vital space creator who gives Randolph and Gasol additional room to operate down low or find bigger seams to crash the offensive glass. The Grizzlies nearly stole Game 2 when Pondexter went plus-3 over a playoff-high 37 minutes, eventually losing by four. This is not a coincidence.

Pondexter’s vicious dunk over Boris Diaw late in Game 2 is a great example of how the unheralded swingman could turn the tide of the series. The Spurs were again pinching Randolph with two defenders, a fronting big man (Diaw) and a weakside wing (Leonard) discouraging the lob pass over the top. With Pondexter, and not Allen or Prince, in the opposite corner, Leonard’s closeout on a skip pass to the weak side becomes a lot more dicey. In this case, Leonard’s crazy rush to get back and chase Pondexter off the 3-point line allows the Memphis wing to easily blow right by him en route to posterizing poor Boris.

As the old boxing adage goes, sometimes your best defense is a good offense. All series long, the Spurs have pummeled their opponent with huge blows produced by their transition attack. It will be up to Pondexter to get the Grizzlies back in the fight.

We Get 10 Minutes With Eric Chavez