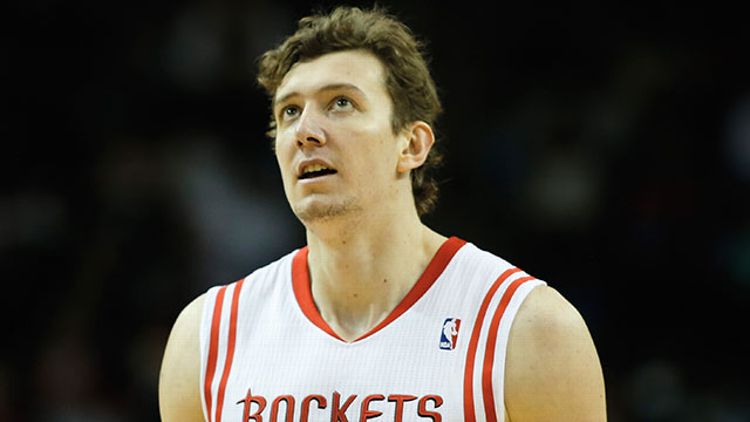 A week from now, Omer Asik will very likely be on another NBA team. The Rockets have set a December 19 deadline by which they’d like to trade him, and according to sources all over the league and all around the Asik talks, Houston plans to adhere to that deadline. As ESPN.com lefty enthusiast Marc Stein reported in breaking the news of the December 19 timetable, this is an auction. Submit the best bid on time, and you own a rim-protecting center.

The Asik trade negotiations are a window into how much the landscape of the league has changed in the last half-decade or so. Asik would have been a market inefficiency in, say, 2005, and he was something of one when Daryl Morey, Houston’s GM, stretched the spirit of the new CBA in signing Asik (and Jeremy Lin) to poison pill–style contracts in July 2012. Most traditional measures painted Asik as a backup stiff. He barely scored, or even attempted shots, he couldn’t shoot free throws, and though he blocked a decent number of shots, he was not a prolific rejector. He could barely catch a regulation basketball on the move, and if shot charts were your thing, he was a poor finisher at the basket for a tall human.

He had not even played 1,000 minutes in any season before Morey signed him, though the lockout and the front-line depth of the Bulls explained some of that. Still: A lot of GMs in the early-to-mid-2000s would have looked at Asik as an unskilled rebounder deserving of backup minutes and a tiny contract. Even enlightened NBA Twitter was behind the curve when the Rockets signed Asik. I was online when the news broke, and I remember the reaction vividly: instant, loud mockery. $8 million for a dude who averaged three points per game last season! The feeling was almost universal: Dork Elvis had outsmarted himself.

The Rockets might have been able to get Asik for even less money than they offered in 2012, and who knows what an Asik contract would have looked like had he entered the league a decade earlier. He would have been a “Moneyball” player then — a guy with a skill or two that were hard to measure, and even harder to value, and thus someone who fell through the cracks of player evaluation on most teams. Only a handful of teams would have known how to measure Asik’s impact, or even what publicly available numbers mattered most in doing so. He would have been a player you stole, or the target in a trade that turned out to be a laughable heist.

The league is much different as we near 2014. Almost every team has made more than a token investment in analytics. Some teams have a half-dozen people, full-time and part-time combined, cranking out proprietary numbers and scouring data from the shiny new SportVU camera system for secrets that might provide a tiny on-court advantage. Everyone knows about plus/minus, adjusted plus/minus, lineup data, and a gazillion other stats. Larry Sanders and Derrick Favors will earn nearly $24 million combined next season despite having never averaged double figures in scoring before signing their new contract extensions. Nobody laughed at those deals, and nobody is laughing at the Asik contract now. Teams pay for defense today, because teams understand it better.

Teams measure all kinds of stuff in sophisticated ways, and then they measure which of that stuff correlates most with winning games. There are three or four attributes that trump everything else in driving wins, according to team personnel across the league, and one of them is top-level rim protection. Roy Hibbert earns about $14.5 million per season on a max-level contract, and just about every even mildly analytics-oriented person I know says, matter-of-factly, that Hibbert is underpaid given his on-court value — perhaps grossly so. Some folks have pegged his value in the $25 million–$30 million range. Remember: This is a big man who shoots below 50 percent and seems to look ordinary on offense, even awkward, against every team but Miami.

Asik isn’t worth that, but he’s worth more than the $8.3 million cap hit his contract brings next season. Whatever team gets Asik will have to pay him $15 million in actual money in 2014-15 because of the balloon payment built into Asik’s weird contract, and that payment is a meaningful obstacle in the ongoing talks, per several sources. It turned off the Pelicans, for instance, though they were never super-interested in flipping Ryan Anderson for Asik. That’s a lot of money, and even Asik’s biggest fans across the league are not sure he’d bring $15 million of on-court value in a heavy-minutes starting role. There’s also a sense that Morey subverted the spirit of CBA rules with the Lin and Asik deals, and that now he’s trying to ditch Asik right before the largest bill comes due. There’s a flip side to that sentiment, of course: The Rockets violated no rules in signing Asik, and whichever team gets him will get a partial Asik season at a bargain rate. But the resentment is out there. Nobody likes to feel swindled. Asik’s recent moping, including his asking out of the lineup last month when Houston visited New York, has raised concerns about his “attitude.” But those concerns don’t appear serious. Asik plays hard and cares very much about getting better at basketball.

But Morey’s approach to dealing Asik is much different than it would have been five or 10 years ago. Back then, the smartest GMs tried to snooker the ones who were behind the curve. There are almost no such behind-the-curve GMs left in the NBA. The Spurs’ tree continues to branch out, to Oklahoma City, Atlanta, Orlando, and elsewhere. Morey now has an old ally, Sam Hinkie, heading things up in Philly. New general managers with a more “traditional” scouting background, like Ryan McDonough in Phoenix and Tim Connelly in Denver, have familiarized themselves deeply with the underpinnings of analytics and hired experts in the field.

So Morey has tried a different tack with Asik: leveraging the collective savvy of the new NBA. His approach has been, essentially: “Come on, guys. We’re all smart here. We’re in the same club. We all know the value of an elite rim protector. We’ve all done the studies, and read them. This guy is worth a ton of money! So how about you fork over the pile of assets we all agree is fair.” Morey is indeed asking a lot, which is why at least one unnamed executive reportedly referred to his demands as “delusional.” Alan Hahn of MSG Network reported Morey had asked at least one team for two first-round picks in exchange for Asik, but a source familiar with those talks says Morey actually asked for more than that: two first-round picks and the right to swap first-round picks in a third draft. The team in question was the Bobcats, according to multiple sources familiar with the talks.

This approach hasn’t resulted in a deal yet, and a lot of teams indeed think Morey is asking too much — even though they understand Asik’s value. Dealing multiple picks, or a quality player and a pick, still makes teams a little queasy when the guy they’re getting in return cannot do much more on offense than set screens and roll to the hoop. Note: That skill set has value, and Asik has shown signs that he might be a nice passer on the pick-and-roll if he can handle the ball a little more consistently. But the spacing around such a player has to be close to impeccable for a team to maximize the value of that one skill. Not everyone can provide such an environment for Asik.

Teams are sensitive about that balloon payment, and they are hoarding first-round picks more carefully than ever under the new CBA. As an example: Oklahoma City will almost certainly begin putting out feelers (if it hasn’t already) for what it might be able to get by combining Kendrick Perkins and one of Jeremy Lamb, a future OKC first-round pick, and the Dallas first-rounder Oklahoma City acquired in the James Harden deal. There are complications with all of that. Perk has sunk to a level somewhere beyond terrible, and Lamb has generally played well this season; the Lamb–Reggie Jackson combo off the bench has been powerful.

But that Dallas first-rounder is one of the great swing-trade assets in the league right now. It is top-20 protected every year through 2017, after which it becomes totally unprotected. And “totally unprotected” are the two sexiest words in the NBA today. Dallas is a solid team, but it’s no better than that amid a stacked Western Conference, and its future beyond this season is uncertain. There is a chance it picks in the top 20 going forward. If the Thunder eventually bend and include that pick in trade talks, they could be in business for an impact player. If they don’t, which appears to be their present stance, they may well end up standing pat — a nice option, considering they are blitzing the league unnoticed right now.

It’s unclear whether Oklahoma City has any real interest in Asik, or if Morey would trade him there. Stein has reported the Rockets would prefer to trade Asik across conferences, and I’ve heard rumblings of the same. It’s an interesting question, given that calculating types have long espoused getting the best deal possible, regardless of the trade partner’s identity. But Houston is a contender now, and lots of the most sensible Asik destinations — Portland, Dallas — play within its conference.

This will all unfold in the next six days. And Morey is right about one thing: All the evidence suggests that any team that plays Asik for 30 minutes a game will have an elite defense over those 30 minutes, and one that protects the basket very well. The evidence also suggests such rim protection is an essential ingredient in building a championship contender.

Everyone understands this now. No one is working at a deficit of information. But how much are they willing to pay for it?

Is Everton for Real?