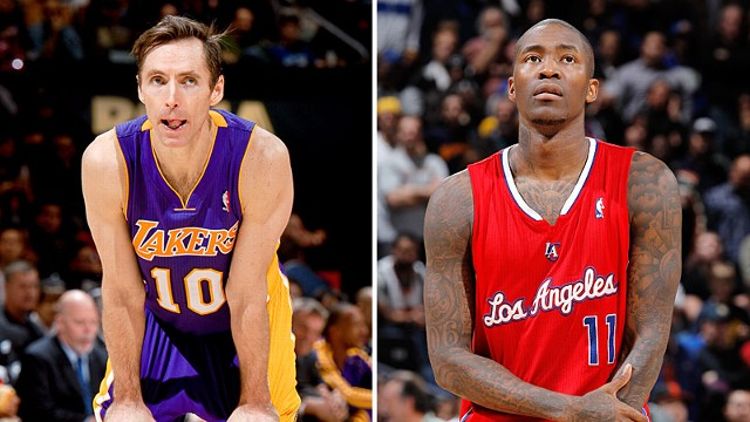 It’s bad for your health to care about All-Star selections. The selection process is flawed in minor ways, and with only 12 spots, deserving players will be left home every year. Still: All-Star selections matter, perhaps more than they should, when it comes time to assess a player’s place in NBA history. Rajon Rondo just made his fourth All-Star team. Here is the total list of point guards who have made at least that many All-Star appearances since the league adopted the 3-point shot: Magic Johnson (12), Isiah Thomas (12), John Stockton (10), Jason Kidd (10), Gary Payton (9), Steve Nash (8), Chris Paul (6), Chauncey Billups (5), Tim Hardaway (5), Tony Parker (5), Maurice Cheeks (4), and Mark Price (4).

So with four All-Star selections, Rondo has now zoomed passed most of the “very good” point guard crop of the past 30 years, and is a couple of appearances away from jumping into the “certain Hall of Famer” group. As Rondo ages and folks debate his Hall of Fame credentials, his number of All-Star appearances will come up as evidence of his Springfield worthiness.

Case in point: It was shocking to see NBA insiders campaign for the All-Star candidacy of Jamal Crawford. Maybe “shocking” is the wrong word. Crawford plays for arguably the league’s best team and the biggest success story of the season so far. He is a very nice person, a highlight machine breaking ankles with the league’s best crossover as the top scorer on the league’s best bench. He’s exhilarating to watch when he’s on, and he’s been on during several nationally televised Clippers wins.

But, I’m sorry, he had no place on the All-Star team. I’d like to formally propose a rule, which I’ll call the Nash Doctrine: If your team has to go to tremendous and borderline hilarious lengths to hide you on one end of the floor, you are not an All-Star, unless you are elite on the other end of the floor. That the Clippers hide Crawford on defense is indisputable, and it makes sense, considering he’s long been one of the league’s worst perimeter defenders. Next time you watch the Clippers, pay attention to Crawford’s defensive assignments. You’ll see the Clippers constantly shifting him onto the least-threatening perimeter player on the opposing team. If the Clippers are playing Utah, for instance, Crawford might guard Randy Foye for a bit, but if DeMarre Carroll comes into the game, Crawford will have a new assignment on defense.

There’s nothing wrong with this. The Nuggets do it with Andre Miller, the Knicks with Steve Novak, the Thunder with Kevin Martin, etc. The NBA has room for offense-only players, especially at the guard/wing positions, since those players will at least do a lot of their defensive damage away from the rim.

Remember: I (fake) voted Crawford no. 2 on my midseason Sixth Man of the Year ballot, precisely because his ball-handling skills are so crucial to the Clippers’ thriving bench. Eric Bledsoe has been the only other reliable ball handler among that group (before Grant Hill’s return), and Bledsoe’s handle isn’t always reliable. Nor is his shooting range. Most of the Clippers’ bench centers on Crawford pick-and-rolls or Crawford running around the elbow area for handoffs. The rest of the L.A. bench guys find seams as the defenses bend toward that action.

The system has worked nicely. Crawford has shot acceptably from the floor, especially from 3-point range, and the rest of the Clips’ bench guys are generally good to very good defenders who can cover for Crawford’s limitations on that end. That’s enough to squash opposing second units, who are scoring at very low rates against the L.A. bench.

But Crawford isn’t an “elite” offensive player. He’s shooting 42 percent from the floor, and his assist numbers, once robust for a combo guard, have fallen off the cliff in L.A. The assist drop is probably due more to context and coaching than any ball-hogging on Crawford’s part, though he does lead the Clips in field goal attempts per minute. And the 42 percent shooting, well below the league’s average, also isn’t so bad, once you factor in Crawford’s 3s and foul shots.

But the offense isn’t enough to make him an All-Star. He’s not Kyrie Irving or Prime Steve Nash, minus defenders whose teams have sometimes hidden them on defense, but who have nonetheless deserved their All-Star nods.

Which brings me to my next proposal: the Stop Useless Noise (SUN) movement. The days leading up to the All-Star selections are always filled with shouting about how this or that player ABSOLUTELY DESERVES TO BE ON THE ALL-STAR TEAM, or at least “considered” for the All-Star team, whatever that means. WHY ISN’T ANYONE TALKING ABOUT J.R. SMITH????!!! PAUL GEORGE HAS TO BE THERE! HAS TO! SHOULDN’T WE AT LEAST MENTION O.J. MAYO!!!?? HEY, BRANDON JENNINGS IS PLAYING BETTER UNDER JIM BOYLAN!!!! CONSIDER HIM!!!

The SUN movement centers on this principle: Before anyone (writer, fan, talking head) declares that any player should be in the All-Star conversation, that person has to spend at least five minutes going through the exercise of picking the All-Star team using the actual rules. You get 12 roster spots, which you can give to four guards, six frontcourt players and two wild cards. That’s it. You don’t get 20 or 25 spots. You get 12.

Next step: Go through all 30 rosters and write down any semi-legitimate All-Star candidate.

With that work done, it will become clear that certain players (Mayo, Smith, Jennings, Monta Ellis, Crawford) really have no place in the All-Star discussion. The field is just too competitive for guys shooting 40 percent (Jennings, Smith, Ellis), putting up Player Efficiency Ratings barely over the league average (Smith, Joe Johnson) without compensating via elite defense (the reason behind Luol Deng’s only semi-justifiable inclusion this year), or playing miserable defense without making up for it on the other end of the floor.

(Also, please spare the world the “PER IS A GEEK STAT!” chatter that crops up whenever anyone cites it during any NBA-related debate. Thirty seconds of research will reveal PER is not really a geek stat, but rather a “new” metric that just takes all the familiar stats, mixes them together and bakes them into something better. And please recognize that most people citing it acknowledge it does not factor in individual defense, and have thus buttressed their analysis by looking at other available metrics and, you know, watching actual games.)

The SUN movement holds that touting anyone’s candidacy without going through this rudimentary exercise merely adds useless noise to our lives — tweets and television segments and blog posts that take up brain space and minutes we should be using for better things.

That rudimentary counting exercise will reveal there were really only a few “snubs” last night. Stephen Curry, Marc Gasol, and Brook Lopez jump out as the toughest omissions. Look at the final rosters, and it’s clear even adding one of these deserving guys would mean making a painful cut. That’s how tough the competition is, especially since the fan vote guaranteed a spot for at least one borderline candidate (Dwight Howard).

The most troubling selection is probably Deng over Lopez. And that’s not to single out Deng, really. He’s a very good player carrying too heavy a burden in Chicago’s offense, and that burden is dragging down his efficiency numbers. He’s one of the 10 best defenders in the league, a legitimate game-changer on that end, and his ability to do just about everything at a “B” level on offense — cut, pass, screen, dribble, catch-and-shoot, run the pick-and-roll — has helped keep Chicago’s offense afloat without Derrick Rose. He’s doing more than a “B” offensive player really should, but that isn’t his fault, given the lack of perimeter talent around him. Every Chicago perimeter guy is in the same boat; Marco Belinelli is a primary scorer on this team, and he’s shooting 39.9 percent.

But Lopez had to make the All-Star team. He’s fourth overall in PER, with a 25.4 rating that would be the second-highest ever for a player who did not make the All-Star team. (Kareem Abdul-Jabbar’s monster 29.2 rating in 1977-78 tops the list, but he missed a huge chunk of the first half of that season due to injury. Many of the other guys on the list played in 1998-99, when the league canceled the All-Star game because of the lockout.)

And, no, PER isn’t everything. But Lopez’s other stats are quite nice. He’s shooting 52 percent, getting to the line a ton, and scoring in a variety of ways for Brooklyn’s top-10 offense — an offense that has produced very well despite down seasons for the Max Contract Backcourt. He’s rebounding better, though still not very well on the defensive end for his position, and he’s playing the best defense of his life. He’s still just so-so on that end, and flat-out bad on some possessions, but he’s been a legitimate presence in the lane this season in ways he just wasn’t before. (Ditto for David Lee, who would have had to have been a Nash Doctrine exception before this season. He’s improved his defense from “horrific” to “plain old below average” in Mark Jackson’s revamped system, and “below average” is perfectly fine given his top-notch offensive skills.) The Nets are playing league-average defense when Lopez is on the floor and league-worst defense without him, per NBA.com, and while other variables go into explaining that gap, Lopez’s size and improved savvy are two of them.

He should have made the team, and he didn’t need the Nash Doctrine to get there.