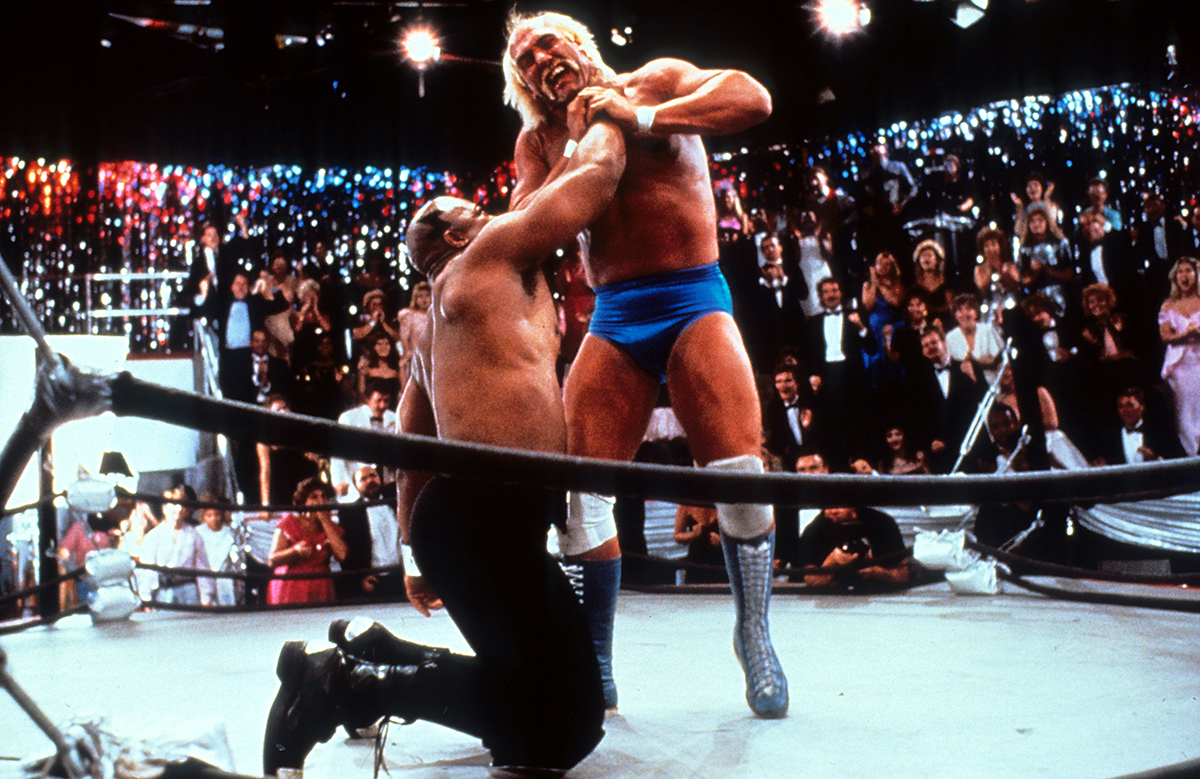 When Hulk Hogan got in the ring with Tiny Lister, he was determined not to repeat the mistakes he made the last time he worked with an actor turned wrestler. “Mr. T, he was so nervous, he blew himself up before the match started,” Hogan remembers. So Hogan devised a plan: He would focus on Lister’s strengths, which as an actor were, well, his acting.

“The training was to make the wrestling like acting so Tiny never got nervous,” Hogan says. “The hardest part of being a good wrestler is getting the theatrics [down], the over-the-top, larger-than-life acting part. A lot of guys can wrestle, but they don’t make a dime. The guys that make money are the guys that play to the crowd. Tiny already had that part down. I said, ‘Screw it.’ Instead of teaching him how to wrestle, we were like, ‘It’s just like acting, and when you get out there and get a headlock on me, don’t worry about squeezing my head. Don’t worry about me getting away. Play to the crowd like, “I’m going to squeeze his head off.”’”

“Instead of walking to the ring and thinking, Oh my God, I have to wrestle … I changed the mind-set and said, ‘You’re going to be acting in front of 20,000 to 30,000 people,” Hogan says. “He always was on point. His placement in the ring and physicality were perfect, because we didn’t take him into that uncharted territory where he had to wrestle. I didn’t want him to get nervous.”

Hogan’s strategy worked. As “The Human Wrecking Machine” Zeus, Lister was a plausible threat to Hulkamania. Billed at 6-foot-11 and 343 pounds (though really 6-5 and 305), Lister was legitimately bench-pressing 575 pounds at the time. He was monstrous, a frightening combination of power and unstable crazy. Lister also had the benefit of teaming often with one of the great in-ring wrestlers of all time, “Macho Man” Randy Savage, who helped mask Lister’s limitations — Zeus used more facial expressions than a wrestling ring could hold.

Fitting in with the boys in the locker room was a tougher transition. He was ribbed — Jake “The Snake” Roberts once threw his python at him in the showers — and there was some jealousy since Lister stepped off a Hollywood set and into the main event. Hogan helped him handle that, too. “I told him, ‘Bro, these guys are wolves. Let’s just keep the mystique. Be nice to everybody, but keep that game face on,’” Hogan says. “They’ll mistake kindness for weakness in our world.”

Hogan and Lister worked together again in the mid-1990s in World Championship Wrestling. But Hogan says another rematch is out of the question. “I’m too old to get my ass kicked anymore.”