#HotSportsTakes: If You Think College Stars Should Get Paid, It's Time to Think Harder 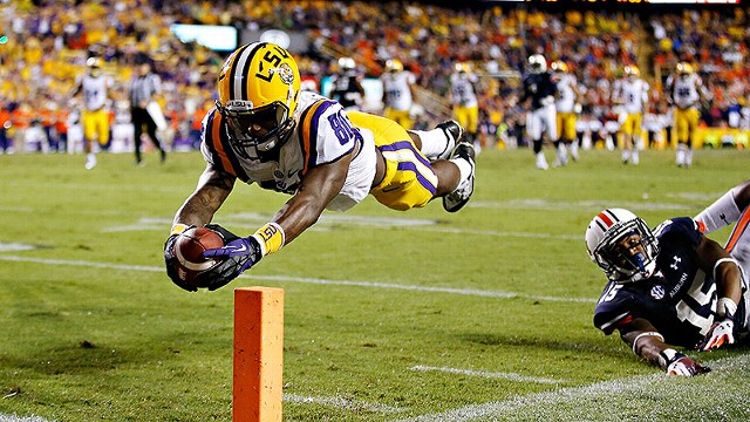 Every now and then, we will attempt to write the worst sports column on earth. Today: Let’s talk about college athletes getting paid, and the fallacy of “fairness.”

PHILADELPHIA — I was sitting in the shadows of the Liberty Bell on Monday afternoon thinking about the great irony in American life. This is a country built on personal liberty and freedom. But, as you know, freedom has consequences.

You’re free to say whatever you want … And I’m free to tell you to shut the heck up.

You can have your cake and then yell, “Where’d my cake go?!”

But maybe next time there’s no birthday party.

Every action has consequences. Someone should explain this to the college athletes and all the media members out here throwing them a pity party.

Indeed, the hashtag generation has a new trending topic. “College athletes need to get paid,” everyone says. There have been magazine covers, 20,000-word essays, grassroots campaigns, and thousands of people on Twitter who think they know what’s best for college athletes. That includes athletes themselves, of course. They can tweet it up better than anyone.

I’m not here to be the angry columnist who scolds 18-year-olds, but there’s been a lot of crowing about college sports in the media lately, and it seems like we’re overdue for the other side of the story.

If everyone’s a certified sports business expert now, let’s see if we can all pass a quick exam.

1. Who pays for it?
A) The NCAA is forced to cut funding to the majority of schools to pay for a small number of football and basketball players.
B) A bunch of bankrupt athletic programs cut other sports to pay for a football program.
C) Shoe companies play eeny, meeny, miny, mo and pick a new school to shower money on every year.
D) All of the above!

2. In this new, fair system that rewards the full-time commitment all our college athletes make on a daily basis, who actually gets paid?
A) Johnny Football
B) Johnny Water Polo
C) Johnny Women’s Golf
D) Johnny Coxswain

3. What about the other college students? (An essay question.)
Johnny Chemistry Major can’t run a 40-yard dash in a few split seconds, but he can split an atom with his eyes closed. Maybe one day he’s the guy who solves this country’s energy crisis. But his school is hemorrhaging money to fill out a roster every weekend, and the chemistry department can’t afford to keep that one professor who was going to change Johnny Chemistry Major’s life. What do you tell his parents?

4. What about the guy who spent his whole life laying bricks to send his kid to college one day? What about state schools and the taxpayers who fund them? Are we all saving up for sky-high tuition so State U can fund a football team?
A) Yes.
B) Deal with it, folks.
C) Duh. A good college football team helps enrollment. It’s worth it!
C) Who cares, man? Pay Johnny Football!

5. Who loses if colleges start paying players?
A) The colleges that go broke trying to pay 100 players every year.
B) The parents and coaches who lose control of entitled 18-year-olds.
C) The players who make $20,000 a year and give up on their education at 18 years old.
D) The media members who think they know what’s best for everyone and have to go back to the drawing board to find a new crusade for justice.

Look, it’s popular to call the NCAA a big pyramid scheme, or to make crude jokes about amateurism, but all these ideals were founded on the same purpose. The goal of college sports is as much about college as it is sports. If you want to start treating athletes like professional employees, that’s fine; just know it’s basically turning places like Alabama and Texas into football farms, not schools.

Athletes’ gain now could be a loss for the rest of us. Or even for athletes themselves. Is it worth it to pay an 18-year-old $20,000 if it means he’s officially throwing away his education? Is that really what’s best for the 18-year-old football star?

These are just some questions for all the experts who seem to have all the answers. So many times in media we gang up on the ones who dare disagree. In a world of PC zombies, it’s hard to be a truth warrior. There’s a pack mentality with the media these days.

I guess that makes me the lone wolf. 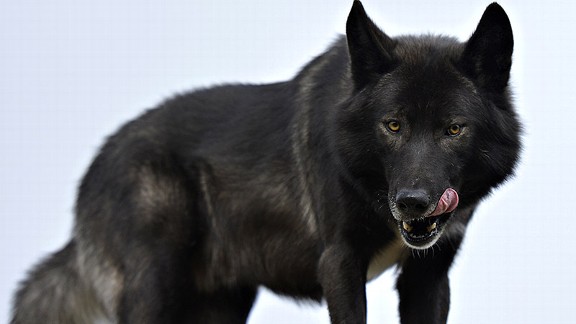 Instead of being another screeching, preaching know-it-all, I’m just here to ask questions and make you think. Where do we go if college stars finally get what they want?

I don’t have the answer, but it’s a discussion that needs to happen. Maybe we start with the college stars who wore special wristbands to show their support for the cause. Have them talk through the real issues behind all this, and what happens to college if they change this system forever. Throw ’em in a classroom, talk about the consequences.

The NCAA system we have isn’t perfect, don’t get me wrong.

College kids are free to speak their mind and demand money and write all kinds of acronyms on their wrist every weekend. But they have to live with the consequences. We all do. And while everyone’s clamoring for big change and big dollars, the solutions never make much sense. The truth is that it’ll never be perfect. Neither will America. The question is whether what we have is better than any alternative. Before you tweet about it, try thinking about it. And remember, while the whole world tells you college sports are evil, it’s OK to go back to the Liberty Bell. It’s OK to appreciate the simple poetry of an imperfect instrument that still rings just fine. It’s OK to tune out all the other noise.

Isn’t that what makes the hashtag generation great? One hundred forty characters can tell us every day that it’s time to blow up college sports.