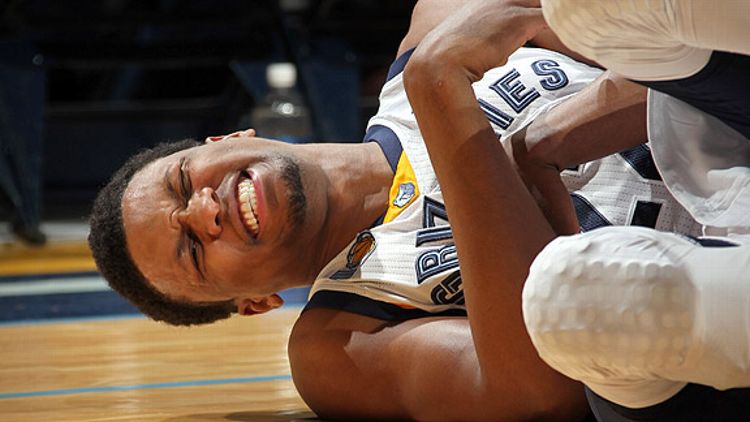 Have you ever wondered how deep the Memphis Grizzlies would have gone in the playoffs if they hadn’t lost their star player to a shoulder injury? Rudy Gay, said star player, wonders that too! As part of our coverage of the NBA lockout, Grantland’s Jonathan Abrams checked in with Gay. They discussed his recovery and the Grizzlies’ playoff run.

What’s it like to get back on the court?

I was excited and kind of had to crash. I got real tired, and right now I’m working myself back. I wasn’t able to do anything for seven months.

How did you fill that time up?

Sulking, for the most part.

What was going through your head while you watched the Grizzlies during their playoff run?

It was tough. But I think I needed it for my career. I’ve never been injured, never been anything. Now I take care of my body better. I’m planning to play every game like my last, because I know what it’s like to get it taken away from you.

But there was never a time when you thought you couldn’t come back from it, right?

No, I knew how serious the injury was. I knew it would probably be a long recovery and I knew, possibly, if I didn’t rehab it like I was supposed to, it could have been career-ending. But I knew if I did it right, I’d be back for the next season.

How far could Memphis have gone in the playoffs if you were healthy?

I’d like to say we’d win the whole thing. But I’m not sure. We were definitely on a stride.

Everyone knew Zach Randolph was a good scorer. Did you expect him to have a breakout postseason?

Yeah. I know how competitive he is. Really in this league, all you’ve got to do is win and people notice you, and people started to notice.

Did you realize how bad your injury was going to be when it occurred?

When it first happened, I thought I could just pop the shoulder back in and go out and play. I found out the severity of the injury the next day when I went in and got my MRI.

What was it like the first time back out on the court?

I was nervous a little bit. I don’t even know why I was so nervous. I had just got clear and probably did a little bit more than I was supposed to do in the first place. But I was nervous and trying to go out there and make every shot, but obviously I knew that wasn’t going to happen.

Where are you at right now with the injury?

Would you be able to go out and guard LeBron for 40 minutes right now?

I don’t think anybody could. This league is so crazy, it’s not just him. It’s a lot of players. I would even say me. I don’t think anyone could guard me for 40 minutes. Well, maybe right now. I’m not in the best shape. But it’s tough to guard anyone for 40 straight minutes.