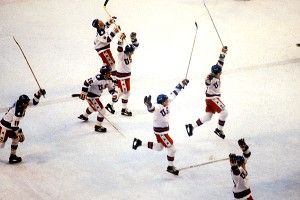 As two good American hockey fans, Katie Baker and Craig Custance couldn’t let this week pass by without marking the 32nd anniversary of the Miracle on Ice. In this podcast, they are joined by Dave Ogrean, who was a young public relations guy for USA Hockey during the 1980 Olympic Games. (He’s now the executive director of USA Hockey.) They discuss the historic game, Ogrean’s patriotic solution to a case of mistaken identity, and his thoughts on whether the NHL should let its players continue to play in the Olympics.

With the NHL trade deadline looming, Katie and Craig also talk about the ongoing Rick Nash trade sweepstakes (and whether Columbus should be trading him at all!) and run through the state of a few teams that are flailing around — and some that are flying high.