Getting Mad About the Morehouse Rout 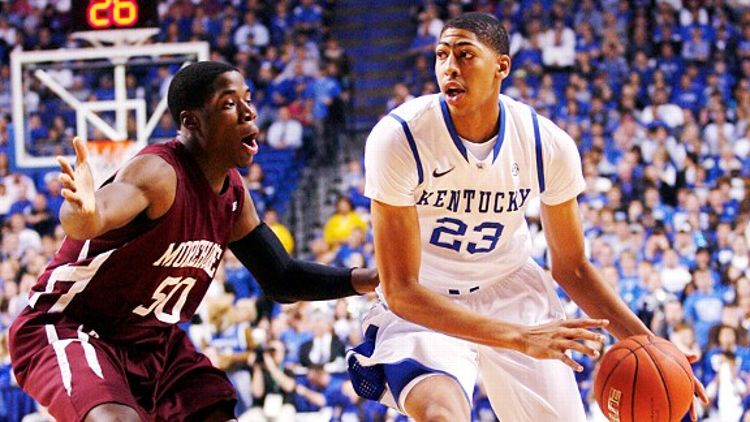 Kentucky beat Morehouse 125-40 on Monday night. It’s a startling figure to see, but the evolution of the ever-growing gap is arguably as shocking as the final score.

What happened in Rupp Arena on Monday night wasn’t right, for so many reasons. Before I go into them, let me put my three biases out on the table.

Morehouse College is in Atlanta
I’m from Atlanta. I protect my own.

I’m one of the first men in my family not to attend Morehouse
But there’s a lot of family pride there.

My senior year of high school
Our basketball team went 1-25, and one time we lost by 61.

I didn’t watch this game, but I did follow two running commentaries of it. The Kentucky peanut gallery was provided by the this live blog, John Clay, of the Lexington Herald-Leader, and numerous joyful Wildcats fans, while the Morehouse chatter was provided by furious Morehouse alum friends of mine, via Twitter.

Although my reflex is to denounce running up the score, mainly because I’ve been on the bad end of that many a time, I’m not upset at the way Kentucky handled that game. The Wildcats didn’t run up the score with their five starters for 40 minutes, and actively try to embarrass the opposing team. They shot the same number of field goals (66) and 3-pointers (21) as Morehouse, they just happened to make more than 70 percent of their shots, while Morehouse decided to miss more than 70 percent of theirs. Don’t fault them for not being bad. Trust me, I want to be mad at Kentucky coach John Calipari, I really do, but I just can’t be.

My anger, however, is focused primarily on the person from Morehouse responsible for allowing this game to happen. And then saying, “Yes, I would love for this game to be televised. Oh no, not on public access television. How about a bigger stage?” I’m sure there is a decent amount of money coming to the program for this trouncing, but no massive check is worth the public embarrassment that will haunt those players and the program for years to come.

Some might say that it was an exhibition game, and it doesn’t count, but I think the exhibition aspect of it made it more demoralizing. It gave the game a certain Harlem Globetrotters-Washington Generals feel, where Morehouse felt less like a group of recruited athletes and more like a collection of line cooks playing pickup in the alley between the lunch and dinner shift.

It’s been a tough few weeks for Morehouse. First, the school’s elephant in the room (that Republican presidential candidate Herman Cain is an alumnus) became public knowledge, causing many a famous alum (mainly Spike Lee) to aggressively distance the man from the college. Then, over the past few days, in light of sexual misconduct accusations involving Cain, many have been torn over whether to feel bad for the man or to dislike him even more for bringing additional shame to the all-male historically Black college.

And then, just when you think things can’t get any worse, you schedule a game against Kentucky, and get beat by 85 points.

Shame on you, Morehouse AD. When I come home for Thanksgiving, I’m driving over there and throwing a plate of yams in your face. Candied.

The Fabulous & the Flops of Week 9