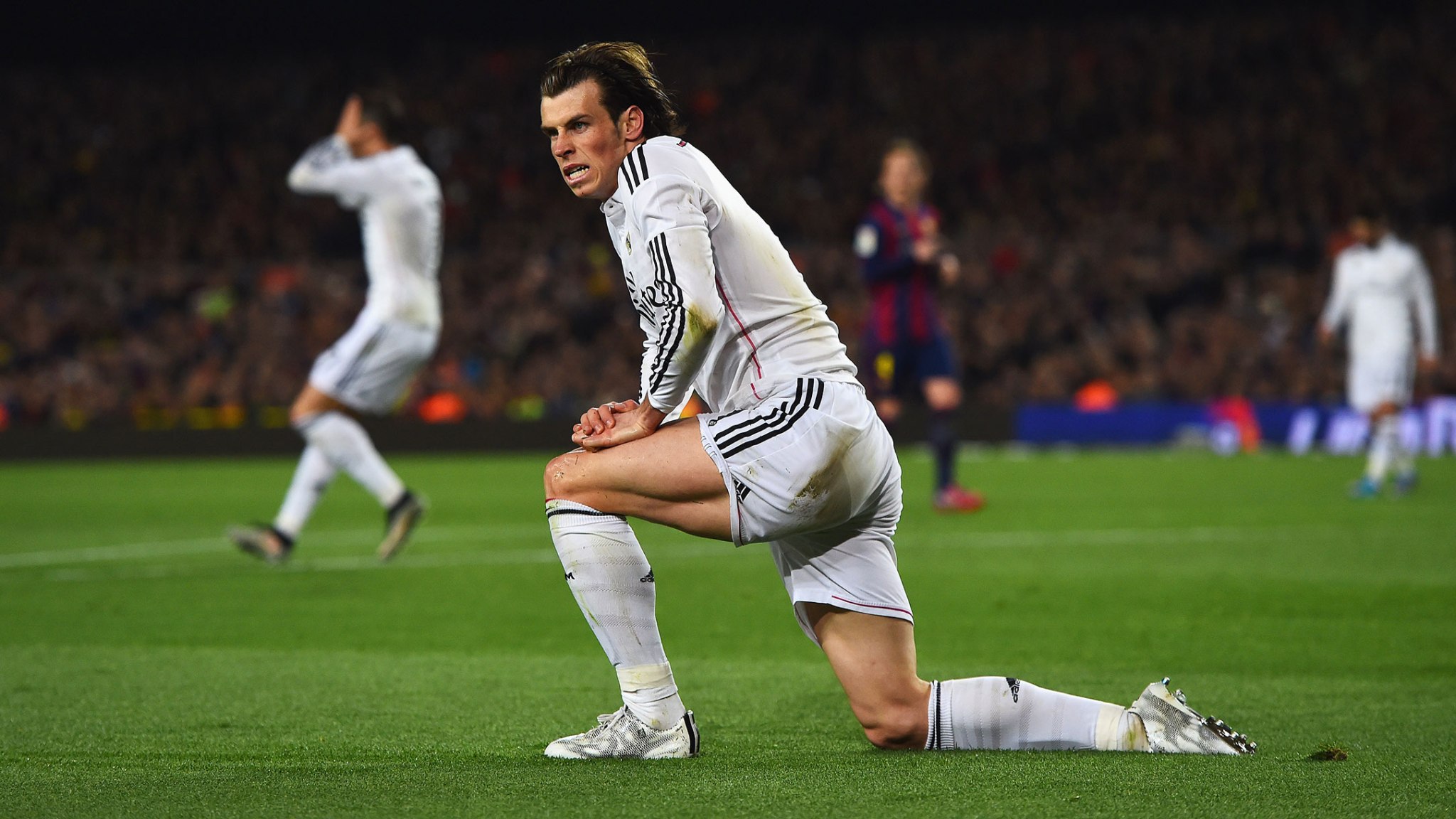 After Sunday’s loss to Barcelona, 68 percent of Real Madrid fans say they want Gareth Bale dropped from the club’s starting lineup. According to Spanish publication Marca, “It’s obvious [president Florentino] Perez has paid €100 million for someone worth €20 million.” And in the wee hours of Monday morning, a handful of irate Madridistas kicked and punched the Welshman’s car upon its departure from Real’s training ground.

Did Bale urinate on the club crest? Pledge solidarity with Catalan independence? Strangle a stray kitten that’d wandered onto the Camp Nou pitch?

No, he did something much, much worse: Gareth Bale has failed to live up to the constantly changing, increasingly impossible, always indefinable expectations of the Real Madrid faithful.

So, how does a fan base suddenly turn on the most dynamic right inside forward in the game?1 This is a dangerous, perhaps foolish, errand, but let’s try to figure out the tortured logic behind giving up on one of the best players in the world in less than 24 months.

Here’s everything you’d have to believe if you truly think it’s time for Gareth Bale to grab some bench.

1. He Blew It Against Barça

As a right winger, it was Bale’s responsibility to stop the unending waves of Barcelona counterattacks launched directly up the heart of the field. And as Gareth Bale, it is Bale’s responsibility to never make Cristiano Ronaldo look bad. When the Portuguese superstar heads you a ball from an offside position, it’s either (a) your fault for not making sure he was onside, or (b) your duty to kick that ball into the freaking stands.

Since arriving in 2013, Bale has the sixth-most goals and sixth-most assists in La Liga. You know what’s better than sixth-most? First-most, which is also how much Bale cost in comparison to every other soccer player in the history of the world. If I wanted a slow-yielding ROI, I’d open up a Roth IRA.

And sure, Madrid won two trophies last season, with Bale scoring the winner in the Copa del Rey. But who cares? There’s a reason Sergio Ramos threw the trophy off the team bus in 2011. Oh, and the 2014 Champions League? La Décima? First, that was against a non-elite opponent in Atlético Madrid, the second-best team in its own city. And second, you might say that Bale scored one of the most important goals in club history with his title-clinching header in extra time  …

… but to that I respond: DID IT WIN THE GAME? The answer is “no,” and the man who scored the winner for Real Madrid looks a little something like this: 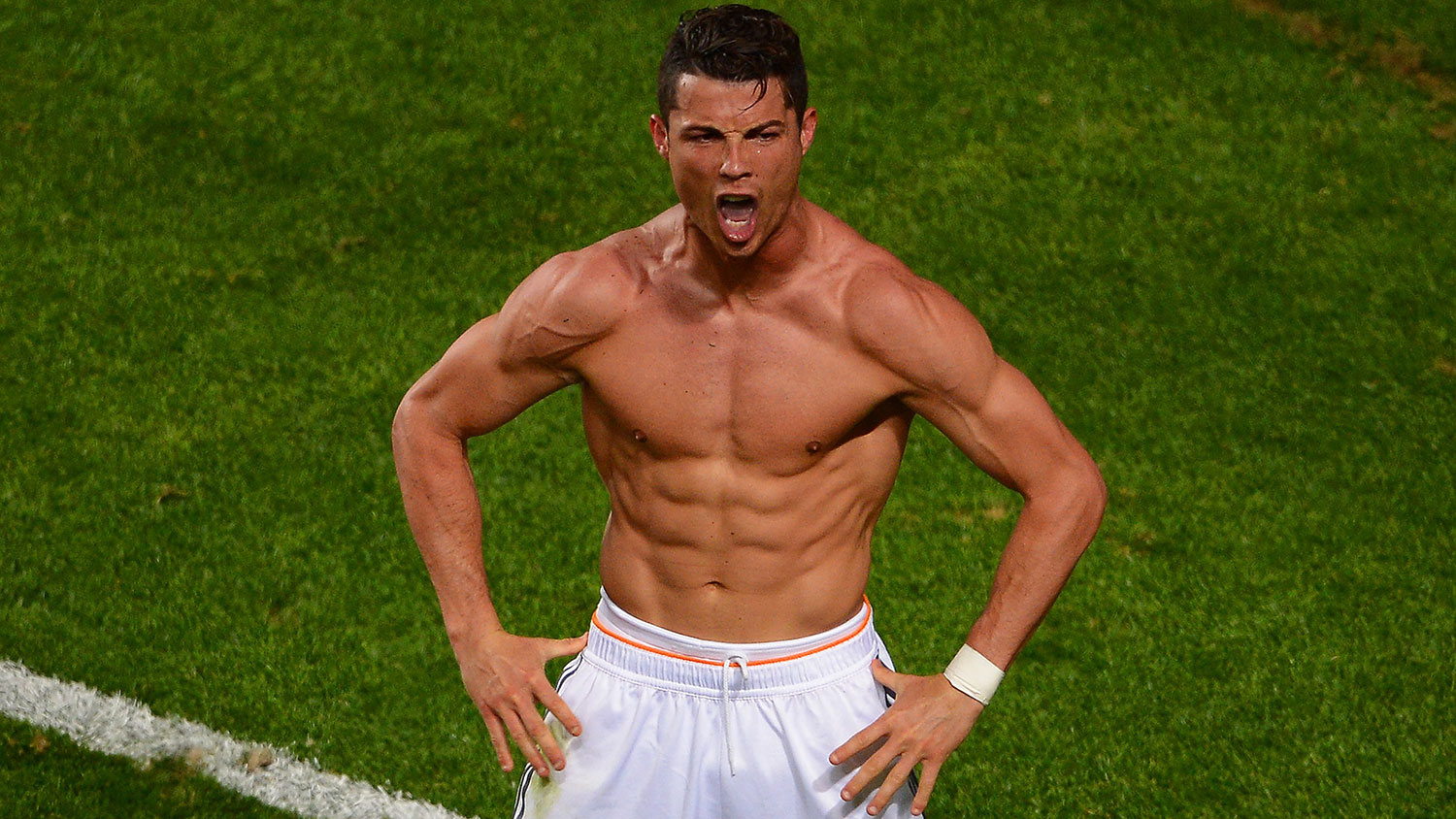 3. We Didn’t Even Want Him in the First Place!

According to a poll from May 2013, a mere 64.5 percent of supporters said that Bale, over the likes of Sergio Agüero and Edinson Cavani, should be Madrid’s primary focus in the transfer market. That’s not even two-thirds of fans. Wake me up when you have a supermajority.

Did you watch the World Cup — which, may I add, did not include Gareth Bale? James Rodríguez will come back from injury to save Madrid. Start the Colombian superstar, bench the Welsh waste, and voilà!

Drop Bale, and everything gets better. It’s like reverse osmosis: Toni Kroos will no longer be at the end of a leg-deadening two-year stretch without rest thanks to last summer’s extended World Cup run. The team will suddenly develop a defensive midfield presence that can stabilize games and won’t allow the likes of Messi, Neymar, and Suárez to overrun the defense. Iker Casillas will return to the San Iker days of old, as opposed to the Latter-day San Derek Jeter he has become. And most important, unlike the slightly unhealthy, second-best player in the world he is right now, Ronaldo will regain full vigor and reclaim his rightful place above Messi as the world’s no. 1.

What’s the deal with these rumors of a possible transfer back to England? This club is 113 years old. It’s won 32 league titles, 19 Copa del Reys, and 10 European Cups. IT EVEN MAINTAINS ITS OWN PRIVATE ISLAND RESORT. Why in the world would anyone not want to play for Real Madrid?

So, remember, prospective superstars: If you work really hard, you too could be lucky enough to be acquired by Real Madrid. And you too can achieve every player’s wildest dream: to accomplish great things for a legendary club, to share in its biggest victories, and to then be blamed for all the team’s systemic issues while the fans who so badly wanted you in the first place scream for you to be benched and assault your gleaming white Bentley.

This post was corrected to reflect that Bale scored Madrid’s third goal in the 2014 Champions League final, not the first.