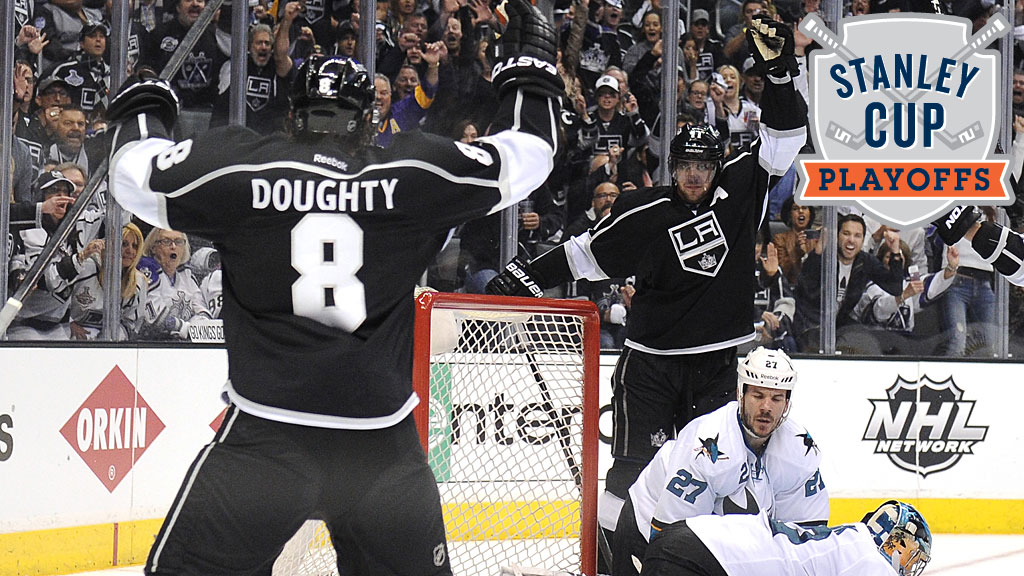 The Sharks and Kings are heading toward an unlikely Game 7. After San Jose won the first three games of their opening-round series, Los Angeles has fought all the way back to force a deciding game after Monday night’s 4-1 home win in Game 6. These are two of the best teams in the league, so whoever emerges from Wednesday night’s winner-take-all game will assume the role of Stanley Cup favorite.

That’s the positive view of things. Here’s the alternative: Both teams have already blown it. After seven hard-fought games, whoever survives Game 7 might be too beaten up and exhausted to be at its best in the second round and beyond.

If there’s good news for both teams, it’s that they’re not alone. The Montreal Canadiens have been off since last Tuesday, when they beat the Tampa Bay Lightning to become the only team to manage a first-round sweep. Their Atlantic Division rivals (and second-round opponent), the Boston Bruins, made it through in five. But every other matchup has gone six or seven, leaving top contenders like Pittsburgh, Anaheim, and Chicago with only a few days of rest before plunging forward to the second round.

That’s a problem, because conventional wisdom says that it’s important to escape the first round as quickly as possible. After all, the Stanley Cup playoffs are a two-month war of attrition in which injuries and fatigue can play almost as much of a role as skill. You need to get out of the first round with a quick win, the thinking goes, then sit back and watch the other teams slug it out while you rest up for Round 2.

Or do you? While the “quick first-round series” theory makes intuitive sense, a look back through recent history suggests it hasn’t been as much of a factor as you’d expect.

For example, you have to go back to 2009 to find the last team to sweep the first round and then go on to win again in the second. Overall, first-round sweepers in the salary-cap era are just 2-6 in Round 2. And teams that advanced in five games also have a losing record in Round 2, while teams that won their first-round series in six or seven games have fared better.

OK, but what about a different way of looking at the same question: When two teams meet in the second round, does the team coming off the shorter first-round series have an advantage? Not really. The better-rested team has a losing record in those matchups, too.

(In case you were wondering, there’s only been one case when a team coming off a first-round sweep played a team coming off a seven-gamer; that was in 2009, when the well-rested Bruins faced a tired Hurricanes team. Carolina won that matchup anyway, in seven games. )

So recent history says the number of games you play in the first round doesn’t matter much in the second. Of course, the playoffs aren’t just about making it out of Round 2. The real goal is to make the final and then win the Stanley Cup. Looked at that way, the news gets a little better for teams that escape the first round quickly. While no team in the salary-cap era has won the Cup after a recording a first-round sweep, two did make the final. And three teams have won the Cup after winning a first-round series in five, including the 2012 Kings and 2013 Blackhawks.

Meanwhile, four teams made the final after a seven-game first round, all of which came in the last three years. Only the 2011 Bruins managed to win, and they were playing another seven-game team in the Canucks.

All this is based on eight years and 32 first-round series, so all standard warnings about sample size should apply. The common-sense case for quick first-round wins being a positive is still pretty convincing, and there’s not enough here to suggest they’re somehow a hidden disadvantage. But it is possible we’re putting too much stock in something that may not ultimately matter as much as we’d expect.

Here’s one last stat to chew on. The NHL adopted a seven-game opening round in 1987, making it possible for teams to play up to 21 games on their road to a Stanley Cup final appearance. But of the 26 champions since, not one has needed more than 18 games to get to the final. And the vast majority of those teams (17 out of 26) managed at least one sweep along the way.

So if there’s a lesson here, that’s probably it: If you want to win the Cup, you’re going to need to get a short series or two in along the way. It just doesn’t particularly matter if it’s in the first round.