Wales, Iceland, and Wait, Who? Your Not-Quite-Last-Minute Guide to Euro 2016 Qualifying 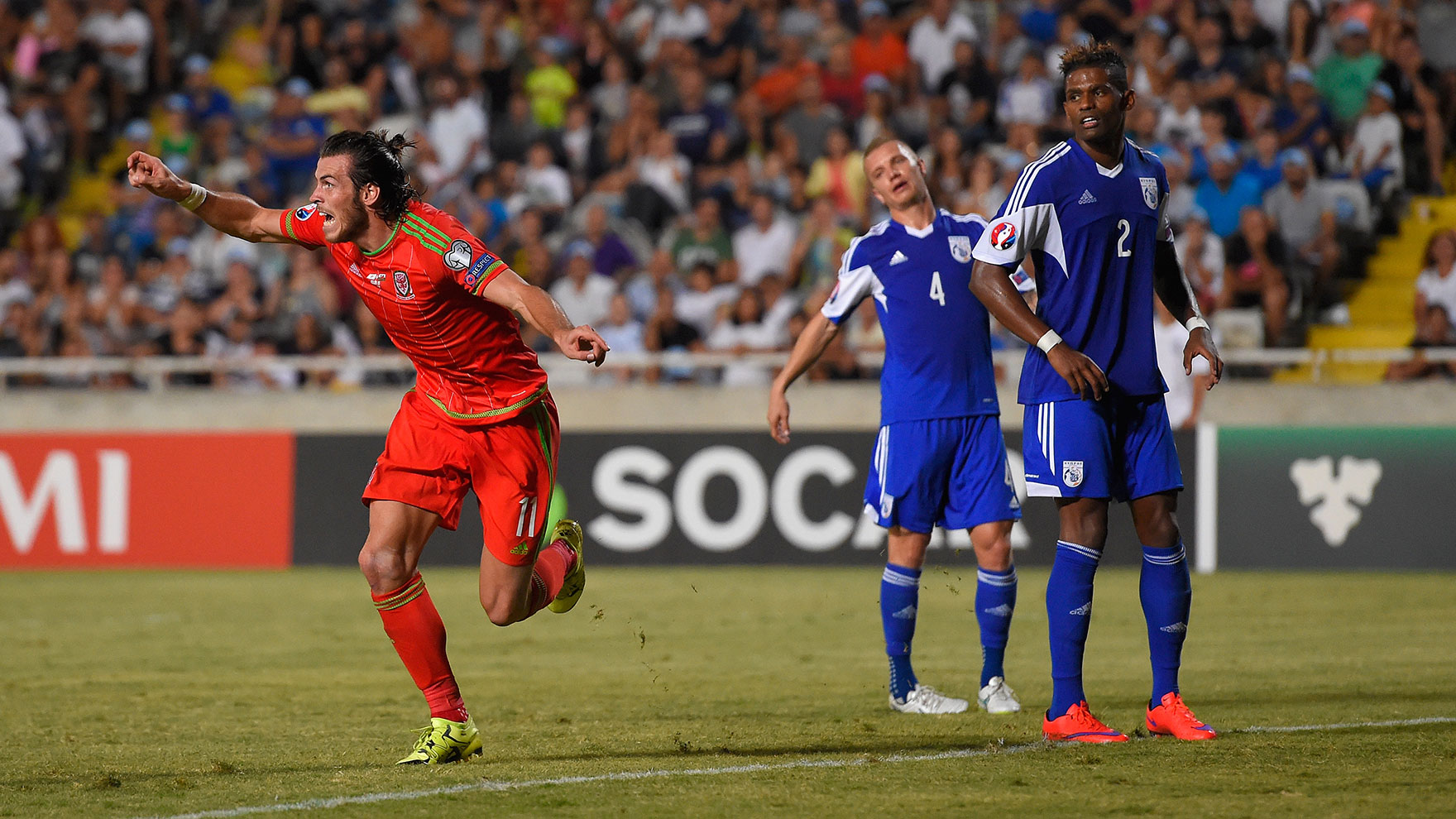 You know what’s not fun? Having to go a weekend without club soccer, yet this is the reality the gods1 of FIFA and UEFA have cast upon us over the next few days. But you know what is fun? International tournaments.

You might remember exciting events such as last summer’s Women’s World Cup, when the USWNT kicked ass and Carli Lloyd finally became a household name. Or perhaps you recall the summer before, when Germany made David Luiz cry. If evoking either of those memories makes you yearn for the past, do not fret: After two summers of World Cups, the European Championships kick off in June 2016.

Past iterations of the Euros only included 16 teams.2 That resulted in a grueling qualifying process that left little room for underdogs, and in a continent stocked with talent, the lack of spots often meant that at least one prominent nation missed out on the tournament altogether. In 2012, Belgium didn’t qualify, and in 2008, England fell short. Plus, the tournament regularly produced brutally difficult groups like 2012’s Group B, which included a murderer’s row of Germany, Portugal, Netherlands, and Denmark. Given how stacked Europe is with talent, the 16-team competition was perhaps, top to bottom, more competitive than the World Cup.

This time around, though, we’ll get to see the rollout of a new format, as the tournament has expanded to 24 teams. The good news: More teams means more games, and knockout rounds start with 16 teams instead of jumping straight to the quarterfinals like in the past. The bad news: There will be fewer meaningful games, as eight more teams means it’s that much harder for good teams to miss out entirely or even get knocked out in the group stages.

Yet, as we’re seeing right now, the supposed best teams aren’t immune from qualifying issues. To fail, they just have to stumble a little more hilariously than in the past.

Qualifying kicked off soon after Philipp Lahm lifted the trophy in Rio de Janeiro, so we’re about three-quarters of the way through the process. With games taking place from yesterday through next Tuesday, here’s a primer for who’s in danger of choking, which bandwagons would be fun to jump on, and, fine, there’s also a bit about England, because it is against various United Nations conventions to talk about a European soccer tournament without mentioning the Three Lions.

Will Any Big Teams Miss the Tournament?

The most prominent team in danger of choking away a spot is the Netherlands. In many ways, their dogged defensive trip to the semifinals of the 2014 World Cup under Louis Van Gaal masked what’s been an ongoing deterioration in the team’s performance pushing six years now. They’ve gone from finalist in the 2010 World Cup, to dead last in their group in the 2012 Euros, to struggling to qualify for a 2016 tournament that shouldn’t be that hard to make. In other words, things are about as bad as they can be for a team that has finished in the top three at the past two World Cups. After 10 points in seven games, they currently sit third in their qualifying group, eight behind group leaders Iceland, six behind the Czech Republic, and only one point ahead of Turkey. The top two from each group automatically qualify, while the third-place teams enter a playoff.3

After suffering a 1-0 loss at home to Iceland yesterday, the Dutch travel to Turkey on Sunday in an attempt to turn things around. They’ve gone from third place in the world to fighting for third place in Group A of European Championship qualifying in a little over a year. New Dutch manager Danny Blind has his work cut out for him.

Outside of the Netherlands, two other European World Cup qualifiers look set to miss the Euros. The Greek team has fallen apart, which, if you read the news, isn’t particularly surprising in the wider context of the country. Their cratering reached a low point when they lost to the Faroe Islands and then canned manager Claudio Ranieri soon after. And then there’ve been the struggles of Bosnia-Herzegovina, the feel-good story of 2014 World Cup qualification, as they reached Brazil on the backs of stars like Edin Dzeko, Miralem Pjanic, and then a bunch of guys you probably haven’t heard of. After losing to Belgium yesterday, they now sit fifth in their qualifying group, four points behind third-place Israel with three games to play.

A bunch of Europe’s traditional powerhouses will comfortably qualify for the tournament — even if their performances haven’t been particularly convincing over the last year. Germany, Spain, Belgium, and Switzerland are all currently sitting second in their groups, but in the new format, that doesn’t matter. They’ll all likely coast to France before it’s worth even speculating about their relative strengths and weaknesses compared to previous generations.

Weirdly, England has won six out of six and finds itself with a combination of bright young attacking talent and Wayne Rooney. However, that idea — no ties and a ton of exciting prospects — is hard to reconcile with the idea of Roy Hodgson, who hasn’t put together an exciting game plan this century or last. But somehow, they seem to be making it work. And while you never want to put too much stock in six games — especially when five of them have been against such heavy hitters as Estonia, Lithuania, San Marino, and Slovenia — things look to be improving at least a little bit since their group stage departure in Brazil.

Slightly to the northwest, Wales has had a resurgent few years. They’re ninth in the August edition of FIFA’s world rankings (as unreliable as those may be), and they’re sitting on top of a group that includes Belgium and Bosnia-Herzegovina. Obviously, Gareth Bale is a huge part of that. When he hasn’t been busy disappointing Real Madrid fans by scoring goals like this, he’s been scoring six of the team’s nine goals in qualifying, including a late winner against Cyprus yesterday:

In addition to their superstar, the Welsh defense — fittingly anchored by Swansea City stalwarts Ashley Williams and Neil Taylor — has been super-impressive. They’ve only conceded two goals so far, and they’ve shut out Belgium twice across a win and a draw.

The other feel-good story of qualification is Iceland. They narrowly missed out on qualifying for the World Cup after losing to Croatia in a two-legged playoff. Now, the tiny nation sits atop Group A with the Czech Republic, the Netherlands, and Turkey behind them.  Much like he is for second-place Premier League surprises Swansea, Gylfi Sigurdsson is Iceland’s creative hub. During qualifying, he leads the team with five goals and 11 chances created.4

Oh, and Slovakia has also won all six of its games, including a victory over Spain. Marek Hamsik, who you may have forgotten was really good before Rafa Benitez shackled him at Napoli, leads the team’s attack. He’s assisted by former Manchester City prospect Vladimir Weiss, who has somehow found his way to a team called Lekhwiya SC in Qatar. So, yeah. If you need an obscure, mohawk-friendly bandwagon to hop on, these are your guys.

A-Units: Six Positional Groups That Could Become the NFL's Best in 2015