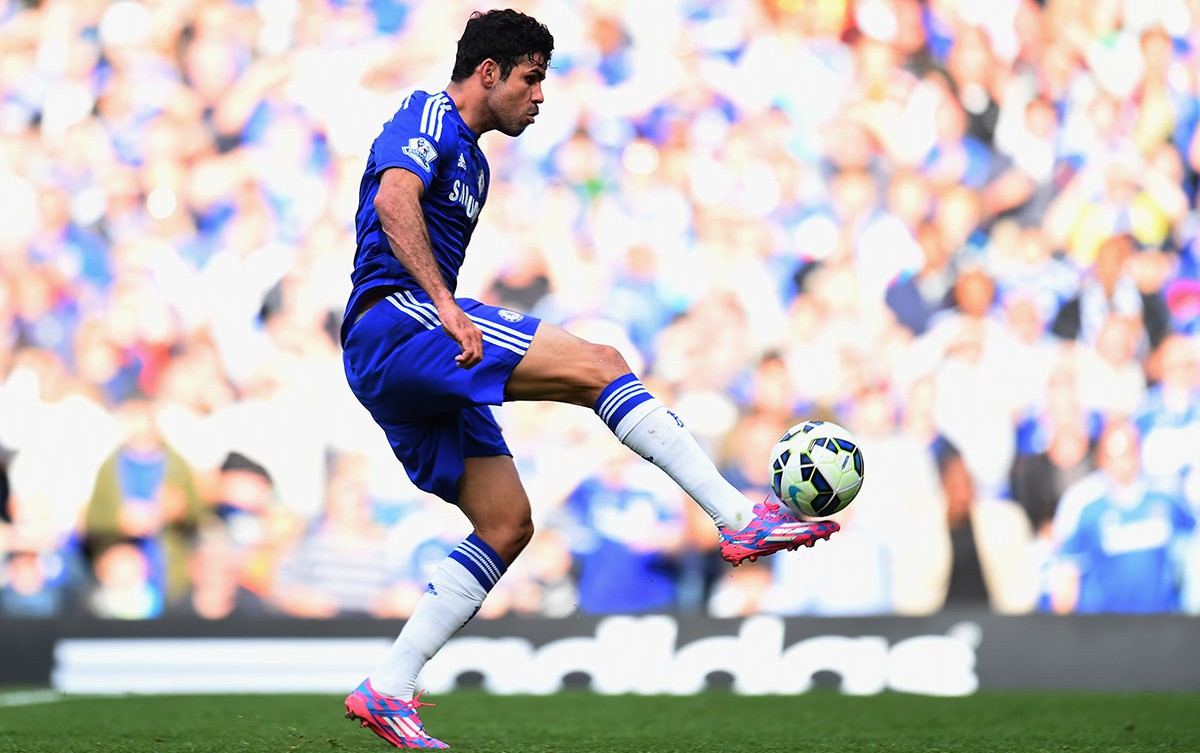 Another week, another dominant performance by Chelsea. This time it was Arsenal that José Mourinho’s squad dispatched without particularly breaking a sweat. And what’s so incredible for Chelsea, and so disturbing for the rest of the league, is that Arsenal didn’t play badly at all in the 2-0 loss. Chelsea still rolled them with ease.

When Arsenal went to Stamford Bridge last season, they were slaughtered, 6-0. Arsene Wenger stubbornly refused to play anything other than his preferred attack-minded style, and Mourinho simply picked apart a team that wasn’t good enough. Wenger learned his lesson — a minor miracle since he is the oldest of dogs, clinging tenaciously to his singular, usually very effective trick — and this year Arsenal were much more conservative. Recognizing that his midfield was undermanned and without enough effective help for Mathieu Flamini, Wenger dispatched both Jack Wilshere and Santi Cazorla to help him in the midfield.

The plan actually worked. Despite being dispossessed five times in the middle third of the field (all stats courtesy of ESPN Stats & Info), actions that usually lead to dangerous counterattacks, Arsenal consistently had numbers back in defense. There were none of those moments that have become disturbingly familiar during which an overmatched Arsenal midfielder desperately tries to stem the tide of attackers washing over him. It was instead a solid, sensible approach designed to combat Arsenal’s limitations. And it took Chelsea all of 27 minutes to rip it apart.

It doesn’t matter how many midfielders you deploy if Eden Hazard does this to them on the way to winning a penalty.

It’s just another example of how Chelsea make you pick between lethal doses of poison. Sit back, and Hazard dribbles rings around you. Commit players to try to stop him, and Hazard either makes them all look foolish or drags them so far out of position that Cesc Fàbregas racks up the assists by sliding gorgeous passes into the holes they leave. Try attacking Chelsea and you leave room for their vaunted counterattack. Whether that means Hazard running into space, or André Schürrle’s driving off-ball runs, or, as Arsenal found out in the second half, the absurdly clinical finishing of Diego Costa (thanks to Fàbregas’s absurdly clinical passing), Chelsea’s counterattack is nearly unconquerable.

Chelsea had only five shots to Arsenal’s 10, and only 47 percent of possession. It didn’t matter. Once they had the lead, they did what they do best: muddied up the game, slowed down the pace, and became impossible to break down. Yes, Arsenal had twice as many shots, but they didn’t get a single one on target. And those 10 shots were the second fewest they’ve had all season. Arsenal haven’t failed to get a shot on target in a Premier League match since before the 2010-11 season, which is as far back as ESPN Stats & Info tracks. This is what getting stifled looks like. 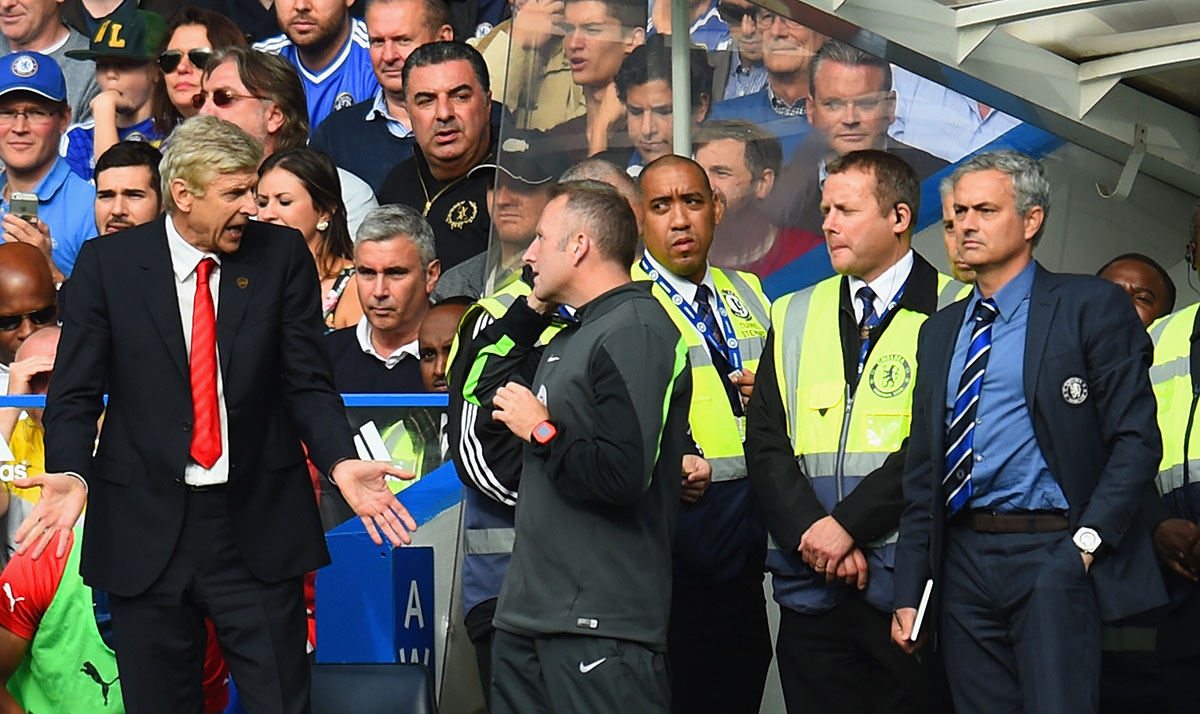 Usually, this would be the point when I highlight that it was particularly egregious that Arsenal didn’t test Chelsea’s backup goalkeeper. But, when you play Chelsea, that backup happens to be Petr Cech, one of the best in the world. Regular keeper Thibaut Courtois was forced to leave the game in the 24th minute. Why, you ask? Well, he seemed to be bleeding from his ear thanks to a blow to the head he’d suffered 13 minutes before. So, in case you were wondering how the Premier League’s new concussion policy is working out, it’s not. Courtois was taken to the hospital before halftime; he was not diagnosed with a concussion, but was kept overnight as a precaution. Larger concussion issues aside, the substitution practically meant that Chelsea were operating with one less substitute and a backup keeper. That should be a handicap. It wasn’t. The team took it in stride and still coasted to victory.

More amusingly, Chelsea also shrugged off the latest round of managerial squabbling between Mourinho and Wenger. The two managers never seem to miss an opportunity to take jabs at each other in the press, and Wenger didn’t miss an early opportunity to take an actual jab at Mourinho on the sideline. After a particularly tough foul from Chelsea defender Gary Cahill, Wenger took offense, words were exchanged, and eventually the Arsenal manager stormed over to Mourinho and shoved him before the two could be separated. At this rate, there will be an awkward reality TV show built around their stormy but lovable relationship that debuts just in time for the summer season.

But that’s as dramatic as things are going to get. Chelsea are already five points clear of the field. They’ve already played their biggest rival, Manchester City, at the Etihad. Yes, it’s early — not even 20 percent of the season is gone. But Chelsea have already built a frightening lead over the league. So, while Chelsea’s form may eventually dip, and they are still susceptible to injury at striker and in central midfield, where Fàbregas and his defensive-minded partner, Nemanja Matic, are irreplaceable, they could be out of sight of the rest of the league by the time that happens.

Chelsea just beat a team with title aspirations, however slim, of their own. They did it comfortably, and they did it despite Arsenal playing conservatively and effectively. Nobody is playing in the same stratosphere as Mourinho’s club. Until something changes — either somebody else improves, or Chelsea starts showing some cracks — the question of this year’s Premier League season isn’t will Chelsea win the title. It’s by how much.

Razor's Edge: A Visit to Foxborough on the Occasion of Tom Brady's Premature Funeral