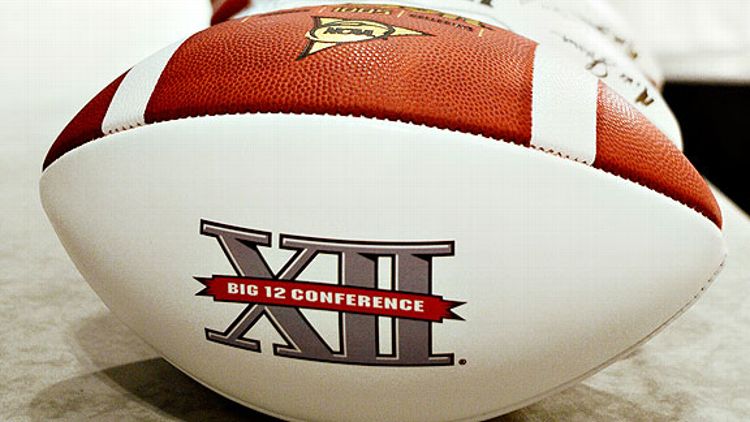 Now that Ohio State’s national title hopes were dashed by those cheaters from Miami earlier this month, it seems like the hot topic at the college football water cooler has shifted from how dominant the Buckeyes are to all this conference realignment going on.

As far as I can tell, most fans seem to be against the changing of the conference landscape either because it has the potential to end some of college football’s most historic rivalries, or because they fear that too many teams in each conference will make them nostalgic and long for the good old days when the “ten” in Big Ten represented how many teams were in the conference and wasn’t just an arbitrary word. Well, luckily, I’m here to explain why you should embrace this change, because conference realignment has the potential to be the best thing to ever happen to college football. In fact, I support conference realignment so much that I think there should be mandated realignment every year in the form of promotion and relegation. Yeah, I said it — relegation. Before you grab your pitchfork and start yelling, “Keep your pansy soccer concepts out of my college football!” hear me out.

Here’s how it would work: Most people agree that superconferences are the only logical ending point for all the realignment. Some think there will eventually be four 16-team conferences and others believe that the remaining teams in the Big 12 after all the shifting is done will merge with the remaining teams in the Big East. For our purposes, let’s assume the latter will happen. This will leave us with five power conferences in college football — Pac-12, Big Ten, ACC, SEC, and the Big East/12. Coincidentally, there are five other conferences in FBS that are considered to be a step down from these power conferences — WAC, MAC, C-USA, Sun Belt, and Mountain West.

This system would be awesome. For one thing, it would put an end to the perpetual outcry to give the little schools like Boise State a shot at the national championship, because the elite small schools would be able to play their way into a power conference and then rightfully earn their spot at a national championship the next season. Instead of guessing how well Boise State would do if they had to play schools from a power conference week in and week out, we’d get a definitive answer. I fail to see how this could possibly be a bad thing.

Secondly, relegation could be used as a way of punishing schools that cheat, much like how Juventus was relegated to the Italian league’s Serie B in 2006 for fixing matches. Instead of getting a slap on the wrist in the form of scholarships taken away or restrictions on recruiting, schools like USC, Miami, North Carolina, and of course Michigan (which have all recently been found to have committed or been accused of NCAA violations) could get sent down to a lesser conference for a year or two as punishment. Sure, being put on probation by the NCAA kinda sucks, but nothing would deter a team from cheating more than the threat of having to spend a season in the WAC and play in places like Moscow, Idaho, or Ruston, La.

Perhaps the best thing about a relegation system, though, is that it would make the throwaway bowls (like the GoDaddy.com Bowl) suddenly relevant. Instead of virtually nobody watching a 9-4 MAC team play a 6-6 Sun Belt team, a legitimate audience would actually tune in to see if Florida International could take Ole Miss’ spot in the SEC or if Toledo could knock Indiana out of the Big Ten. (Spoiler alert: they absolutely could.) Casual fans would no doubt be much more intrigued if the stakes were raised and fans of the terrible teams from the power conferences would have a reason to keep actively rooting for their team at the end of the year, when they would’ve otherwise lost hope and given up on their team’s season.

Just think about all the legitimate questions to consider concerning a relegation system: How would it affect recruiting? Could Boise State win the Big 12/East? What about if Oklahoma and Texas were in the Big 12/East too? Would Indiana ever play in the Big Ten again? If Florida International played in the SEC and had back-to-back games against LSU and Alabama, would they still have enough healthy players to field a team the following week? Is this the best idea that has a 0 percent chance of actually happening?

Since we’re on the topic of college football reform, I don’t see any reason why conference realignment can’t also serve as the first step toward implementing a playoff. Every conference will end up playing a conference championship game, so there’s no reason why we can’t just take the 10 teams that make it to the conference championship from the five power conferences, throw in two at-large bids (for the independent teams to still have a shot and for any really good one-loss teams that didn’t make their conference championship because their loss came to a team in their division), and play a 12-team tournament. The four best teams per BCS rankings would get a bye and the next four best teams would all host a home game on their campus against one of the last four teams in the first round. The four second-round games would then be played as the BCS bowls (Rose, Sugar, Orange, Fiesta), with the winners of those games advancing to the BCS Final Four, which would take place over the course of two weeks and rotate its location between the BCS bowls like the national championship does now. Meanwhile, the non-BCS bowls that we’ve all come to love (Cotton Bowl Classic, Capital One Bowl, Outback Bowl, etc.) could still take place as usual with the teams from the power conferences that don’t qualify for the playoff and the teams from the lesser conferences that don’t win their conference.

It sucks how much sense all of this makes because that guarantees that none of it will ever happen.

Draw It Up: Darren McFadden's Touchdown